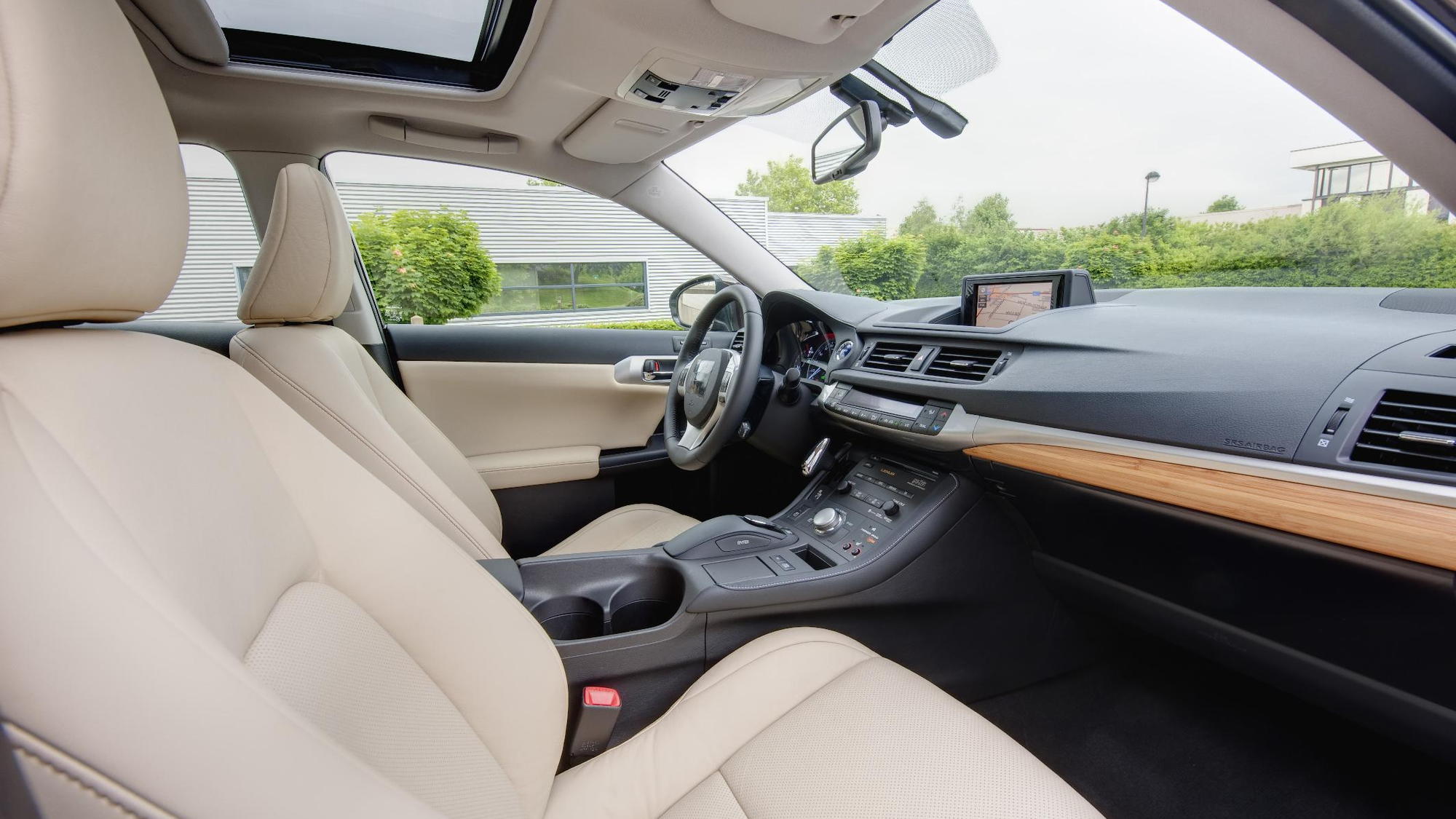 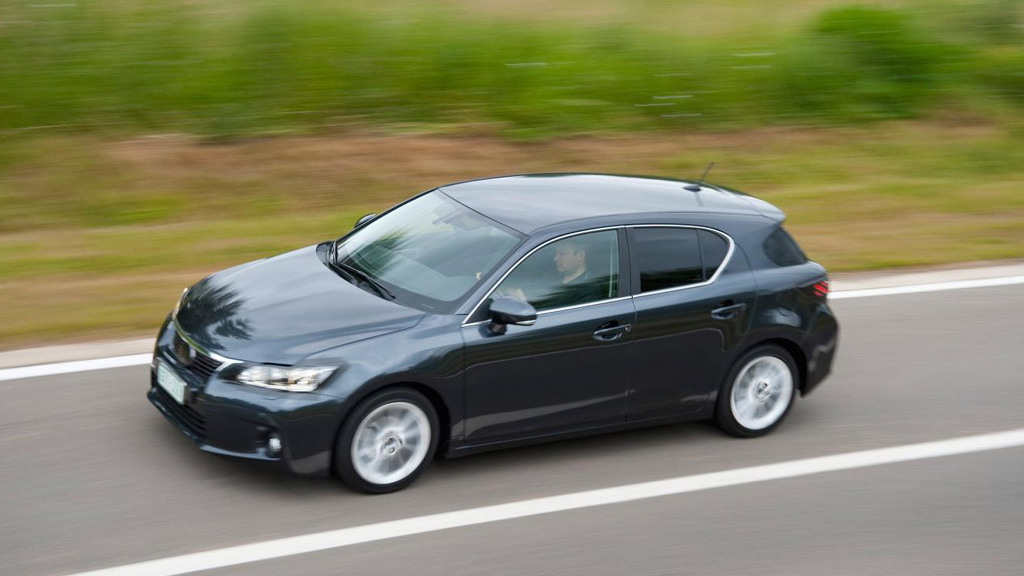 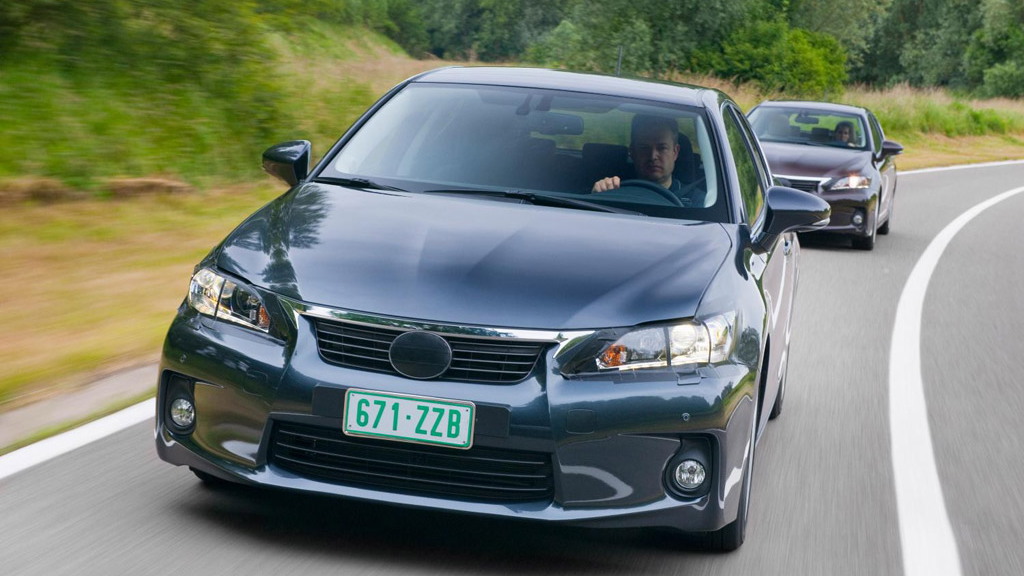 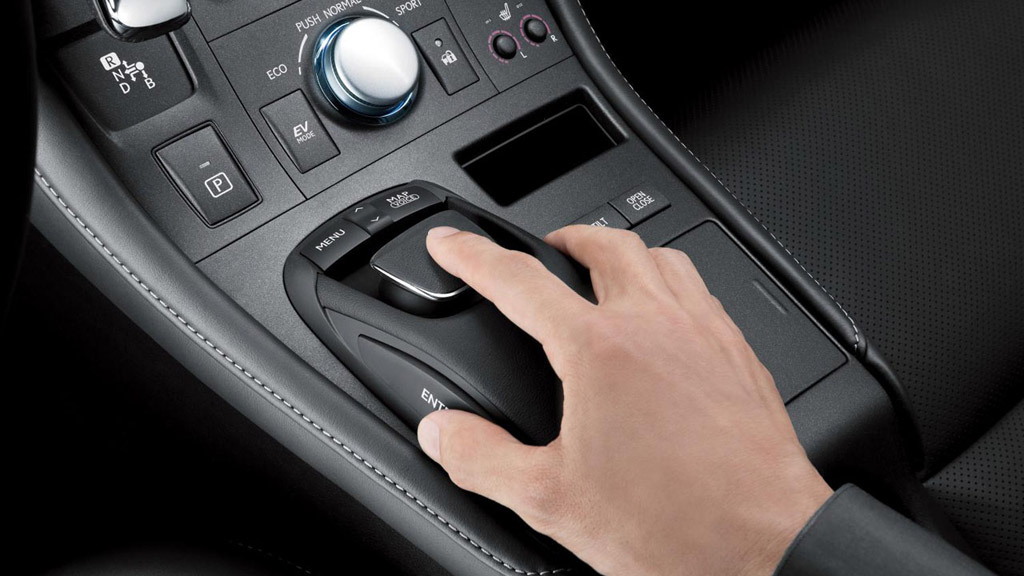 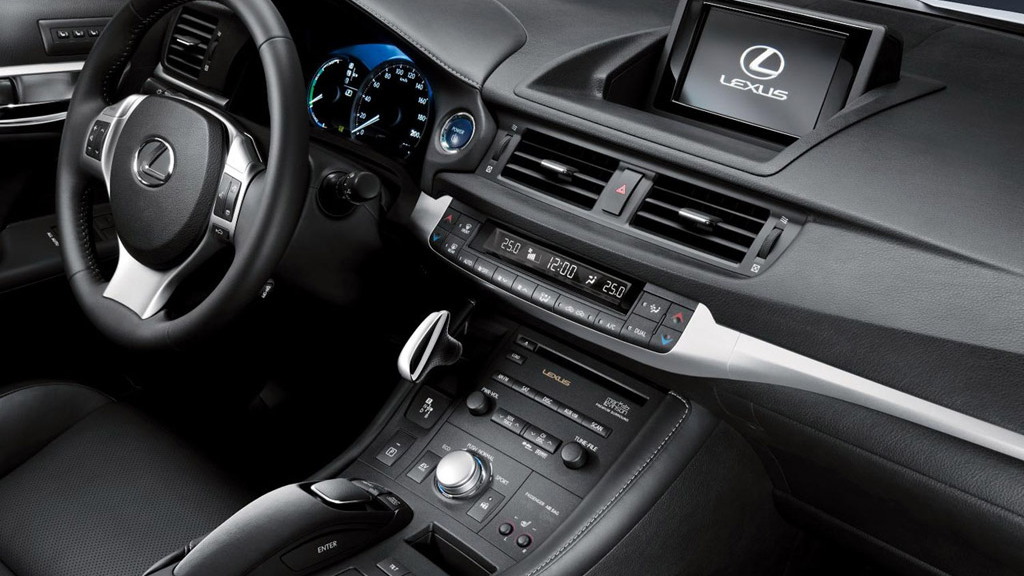 It's hard to envision a portly hatch with a total output of 134 horsepower as "sporty," but that's the ostensible "dark side" to the 2011 Lexus CT 200h, and today we have the full details on the car, including acceleration, efficiency and emissions figures, courtesy of Lexus.

Zero to 60 mph comes in a leisurely 9.8 seconds, dead-nuts even with the 2010 Toyota Prius' claimed time. To call the figure uninspiring is charitable--it's a tenth behind the already unhurried 2011 Honda CR-Z despite having 12 more virtual horses under the hood than the Honda. The CT 200h one-ups the CR-Z on the efficiency score, however, claiming a combined EPA-estimated 42 mpg to the CR-Z's paltry 34 mpg. Handling may be decent, but if the CR-Z is any indicator, we're not expecting much.

Emissions for the CT 200h? "Less than a diesel," or 96 grams of CO2 per kilometer, if you're metrically inclined.

In case you haven't noticed, we're seriously underwhelmed with this pair of "sporty" hybrid hatches. Not just underwhelmed, actually, but disappointed. Delivering the worst of both worlds, both the CR-Z and CT 200h fail to impress us on any level, especially considering competition from the likes of the Volkswagen Jetta TDI, Ford Fiesta, and Mazda2, all of which deliver combined fuel economy on par with (or better than the CR-Z in the case of the Jetta TDI) both the Lexus and Honda, with sharper performance and less-sleepy looks, for less money and without the hybrid drivetrain complications.

For a green evaluation of the details revealed today, check out our sister site GreenCarReports' take on the 2011 Lexus CT 200h.