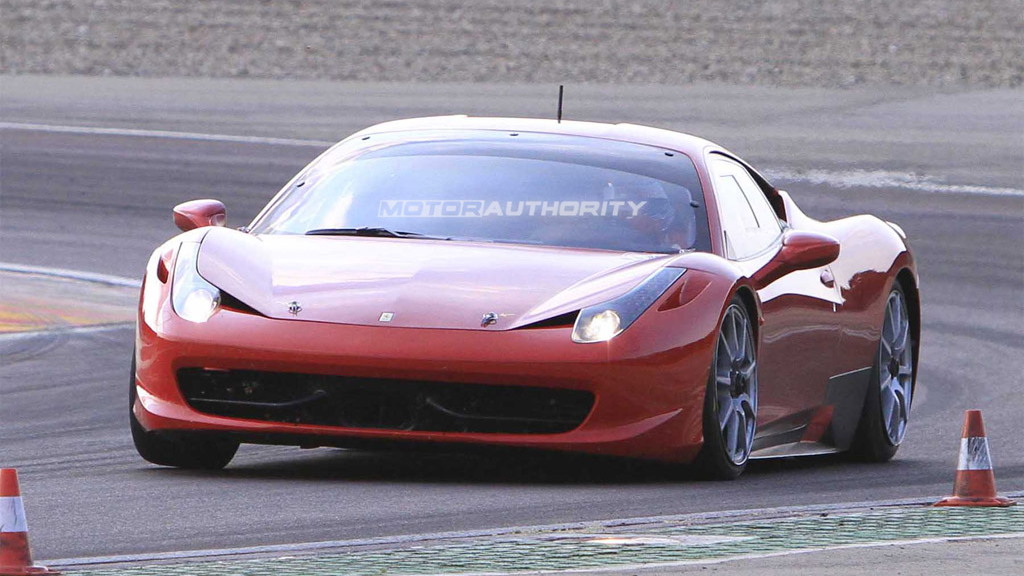 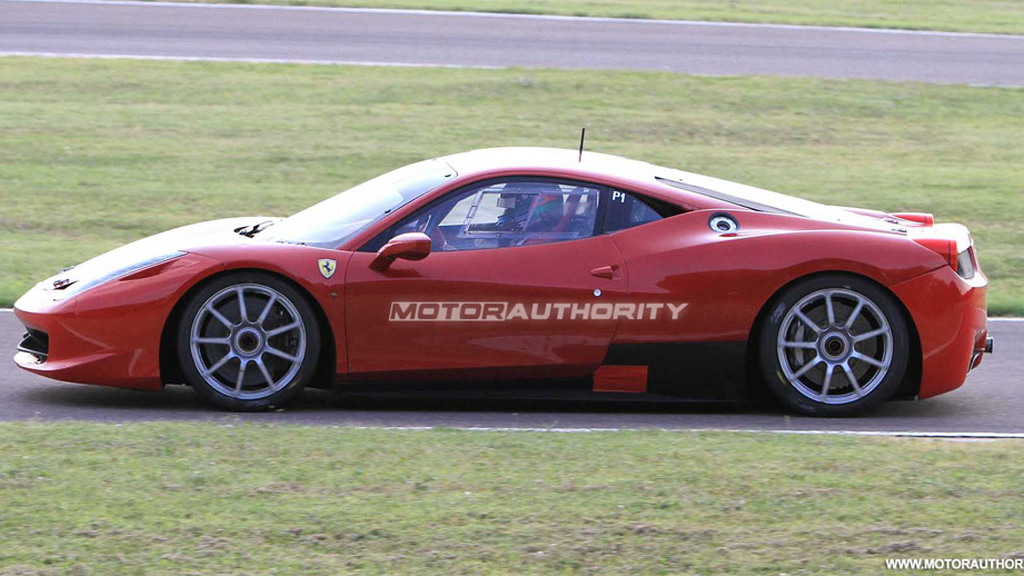 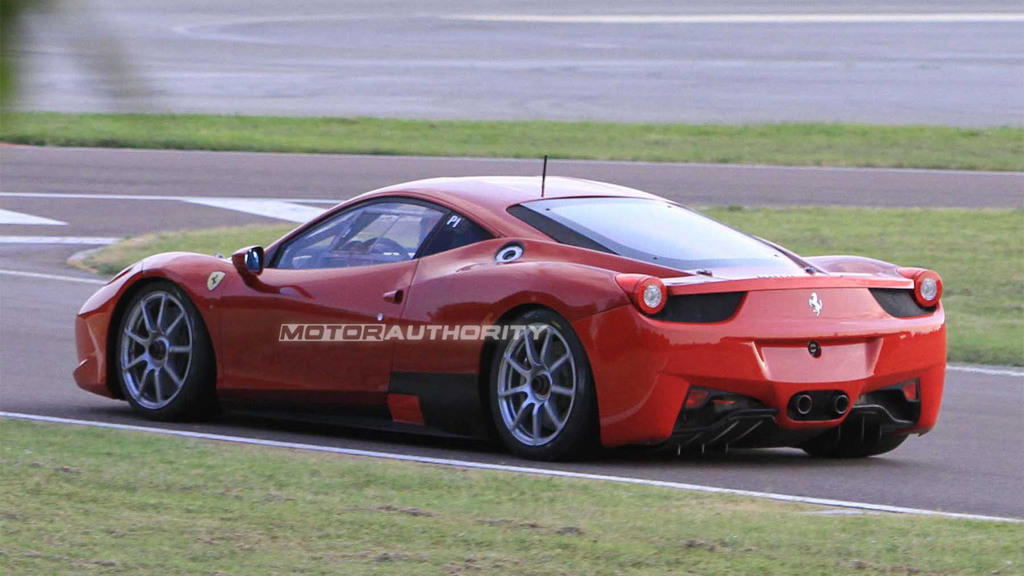 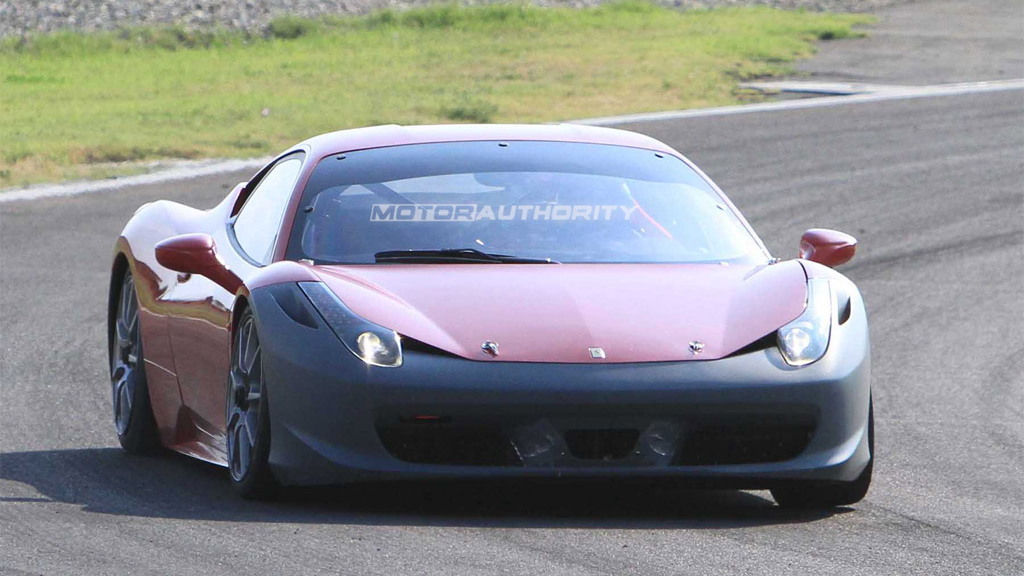 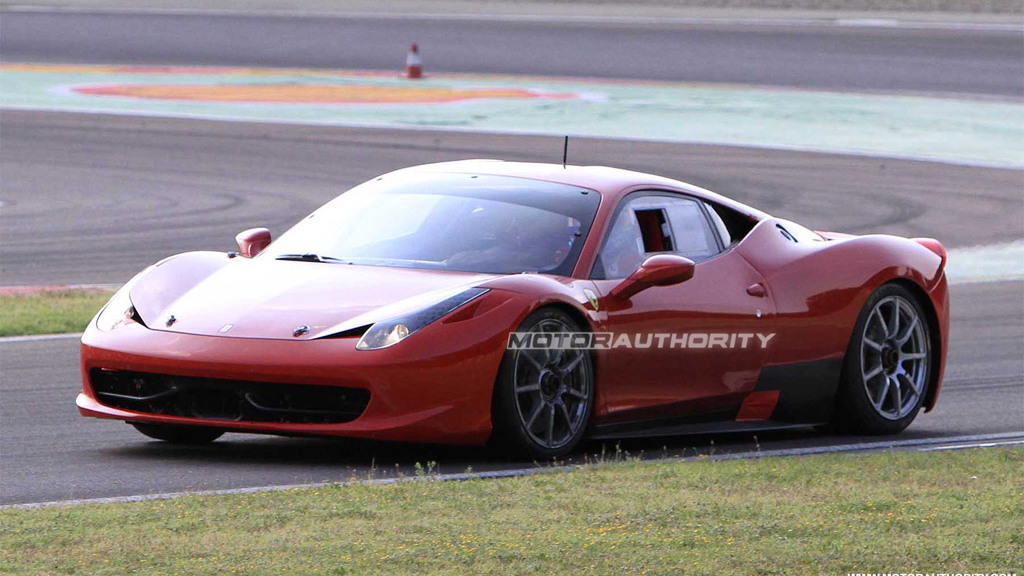 12
photos
The 2010 Ferrari 458 Italia, in stock form, already represents one of the largest leaps forward in technology, performance and emissions ever seen from the legendary sports car brand so just imagine what the hardcore 458 Challenge race car, with its full assortment of go fast goodies, will be able to muster.

Designed for the one-make Trofeo Pirelli series, the 458 Challenge shares much in common with its road-legal sibling but gets new gear ratios and a more tightly calibrated tune on the dual-clutch 'F1' gearbox. This results in a boost to low-end grunt and a top-end speed closer to those likely to be found on a typical European circuit. The 458 Challenge also gets a drastic weight-saving program, with the interior stripped down and the exterior body panels reduced in thickness and/or made of carbon fiber. Additionally, much of the glass replaced by lightweight Lexan.

The suspension setup is likewise sharpened for racing use, with solid aluminum bushings, stiffer springs, single-rate dampers, and center-nut 19-inch allow wheels mated to Pirelli slicks. Braking is handled by the Brembo CCM2 carbon-ceramic units also found on the 599XX and a two mode ABS system. Traction control comes from the F1-Trac system, developed to maximize performance while minimizing slip. It, too, has two modes, to be used depending on surface conditions.

One other production-car element that carries over directly to the race car, besides the engine, is the E-Diff electronic limited slip rear differential. It's the first time Ferrari has put the unit in a track-only car, indicating that the standard production 458 Italia is facing no deficiency in that department. As part of the Trofeo Pirelli series regulations, the powertrain has been left untouched, which means it still churns out a generous 570 horsepower and 400 pound-feet of torque.

Now, if only Ferrari takes what it learns with the 458 Challenge and applies it to a barely road-legal ‘Scuderia’ version, which you could drive home to show mom.