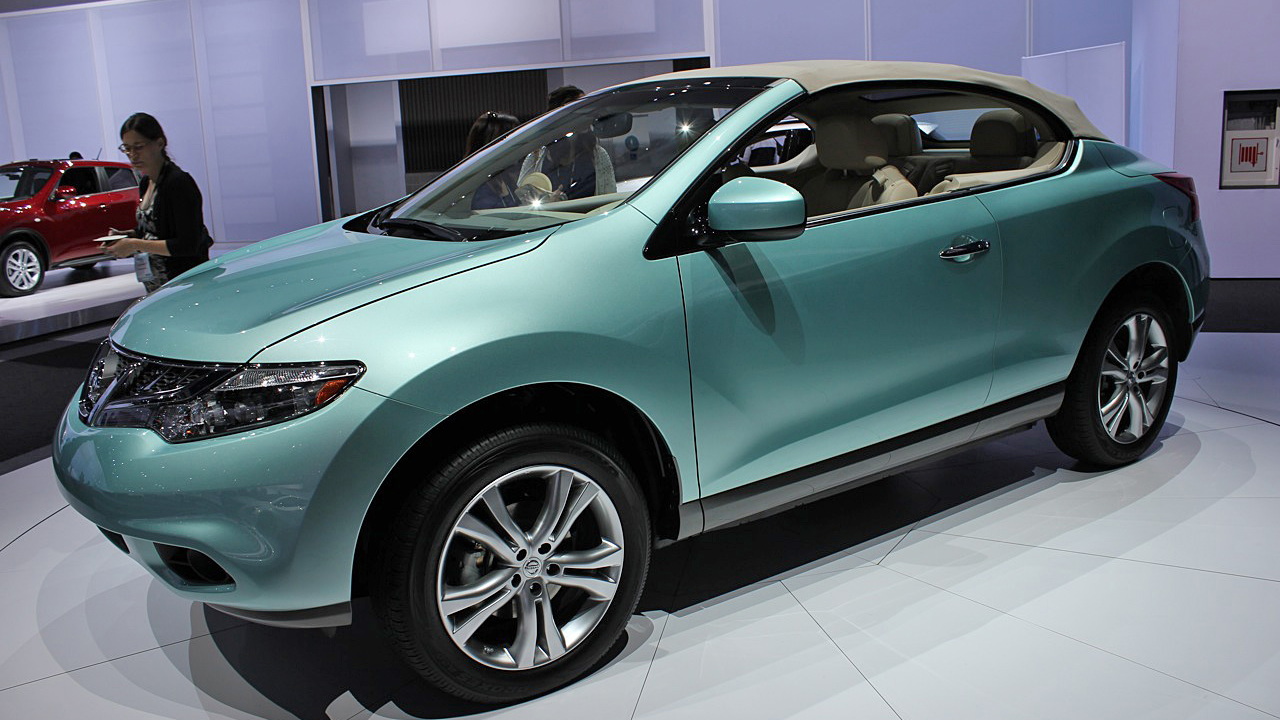 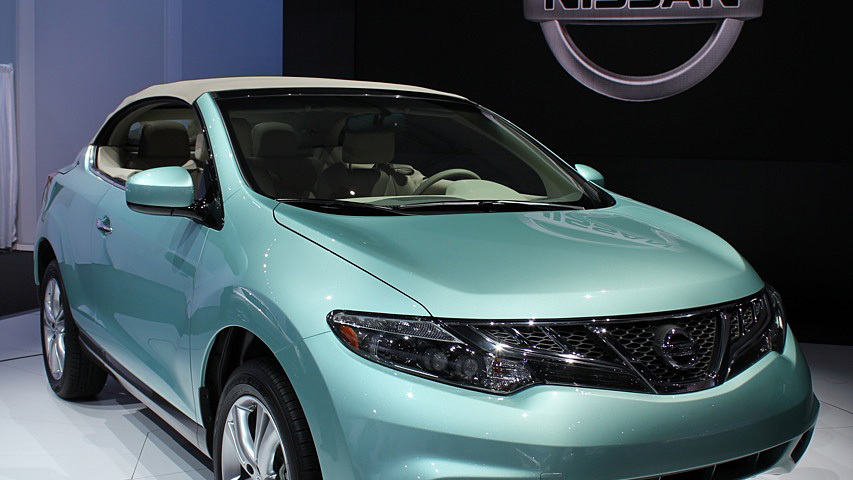 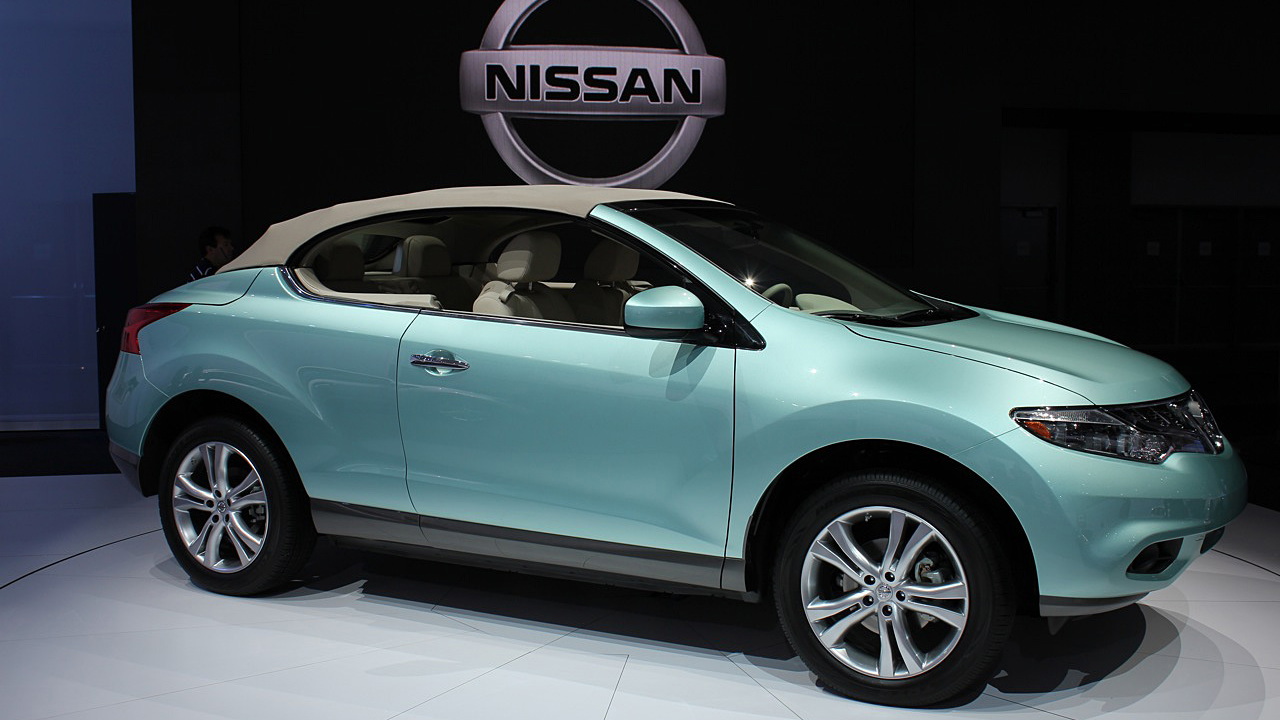 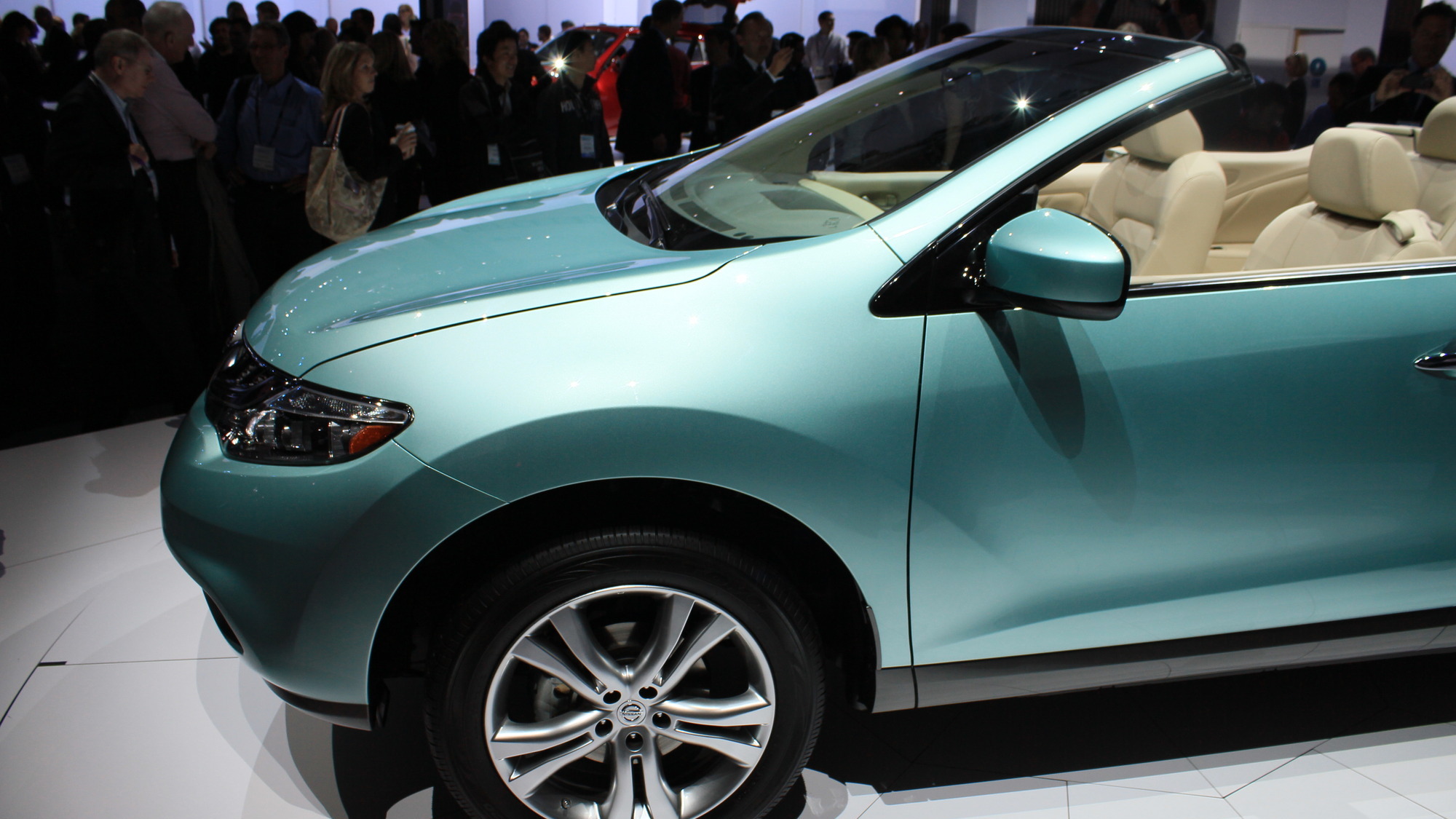 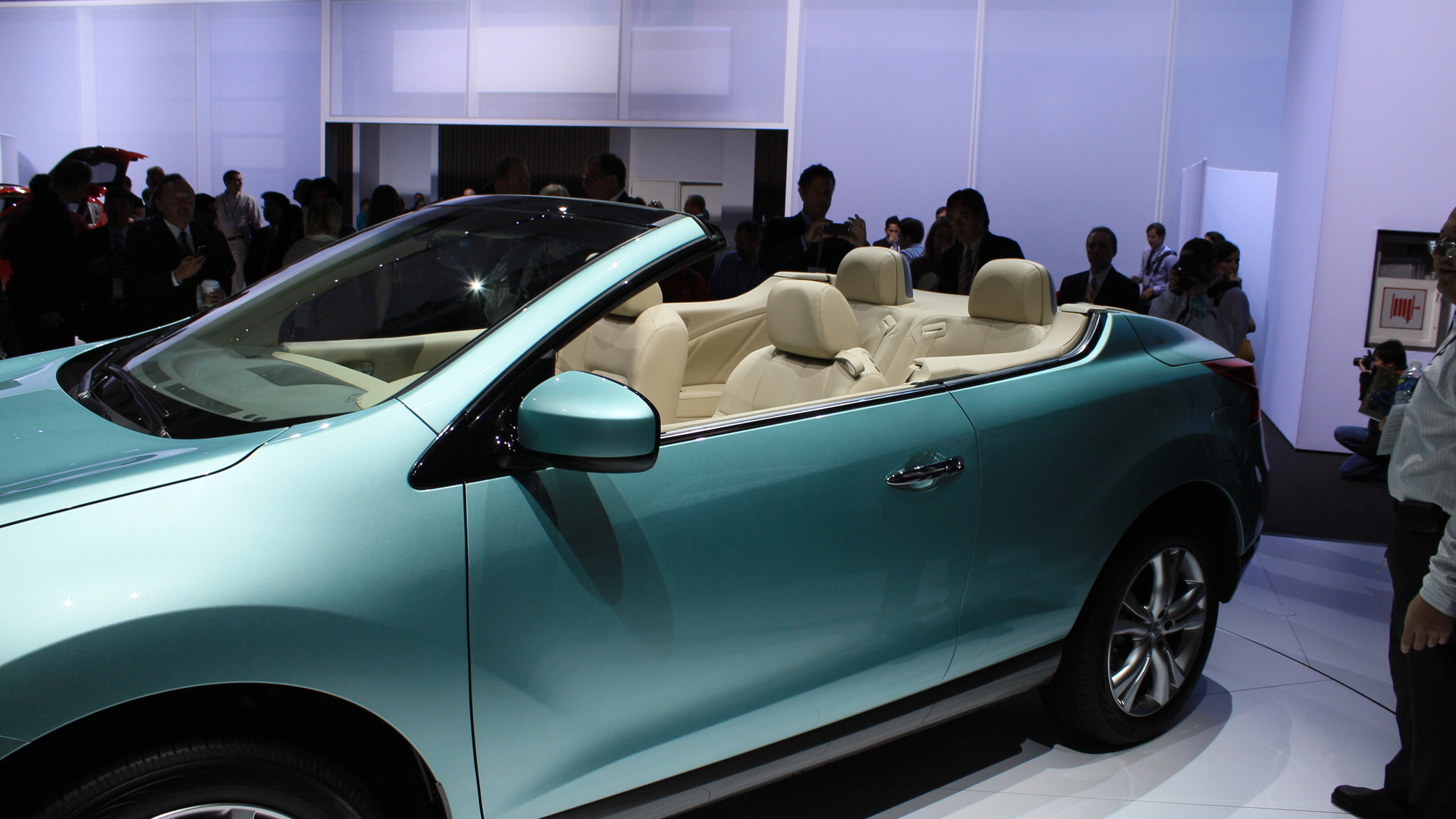 With the exit of the Chrysler PT Cruiser from the market, folks looking for a semi-crossover-like convertible with questionable proportions have been kind of short of options. If Nissan has its way, that'll soon be solved, as the debut of the 2011 Nissan Murano CrossCabriolet at the 2010 Los Angeles Auto Show proves.

The Murano CrossCabriolet has long been rumored on the web, but now we finally have live photos of the vehicle so we can ascertain that the car is real. It's billed as the world’s first all-wheel drive crossover convertible, and no doubt it should offer the open air fun of a drop-top while extending the versatility of a crossover.

Inside, there's room for four adults and their gear (even with the top down), as well as more premium touches than the regular Murano.

This is no one-off concept, by the way. The 2011 Nissan Murano CrossCabriolet is confirmed for sale early next year, with pricing to start at $46,390. In the meantime, check out our previous post for all the juicy details.