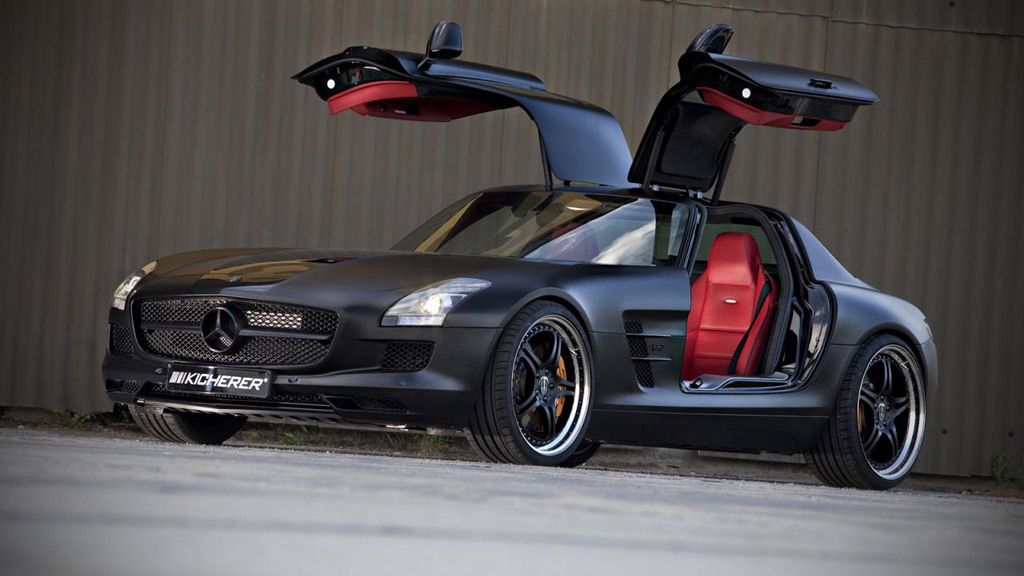 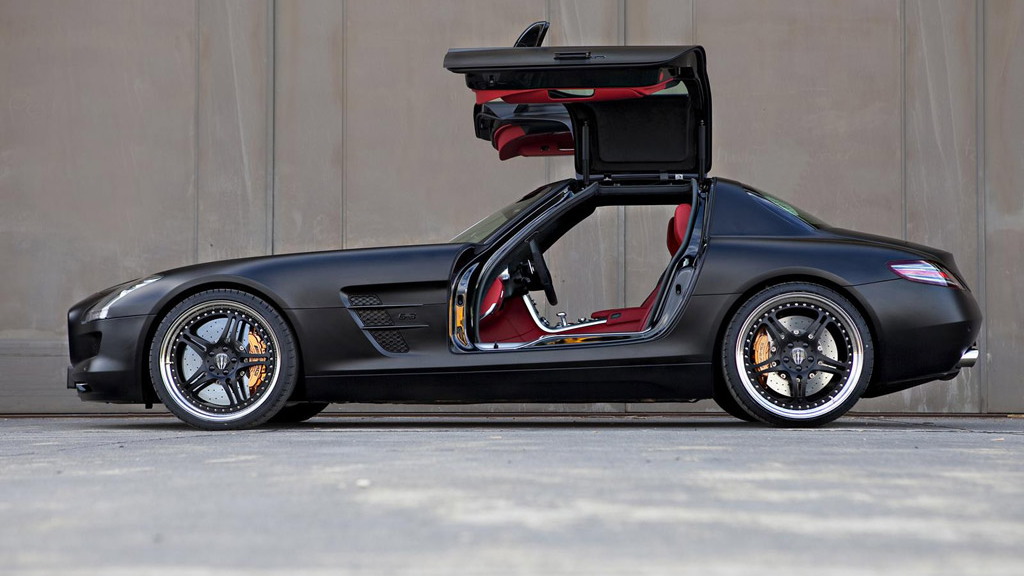 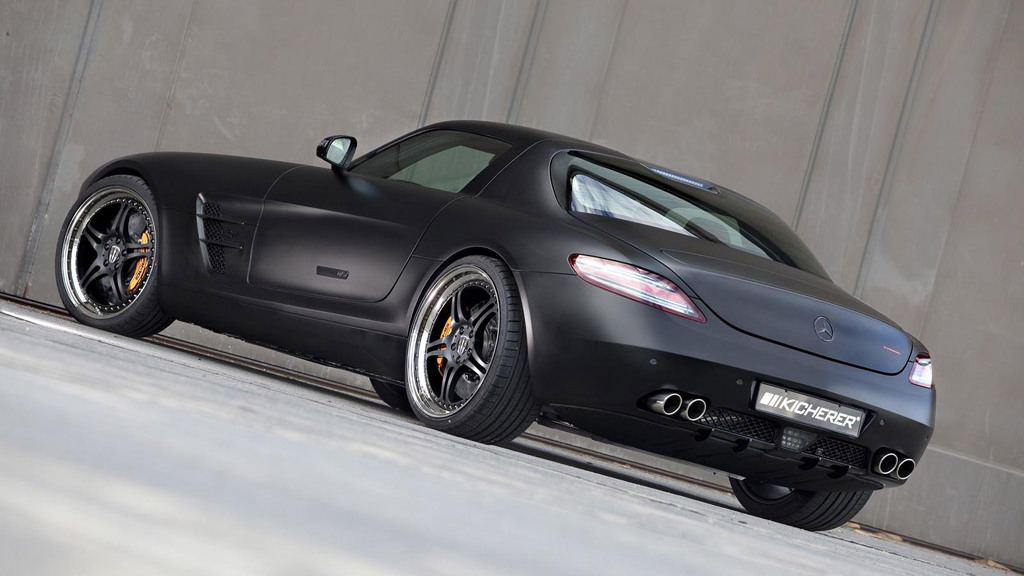 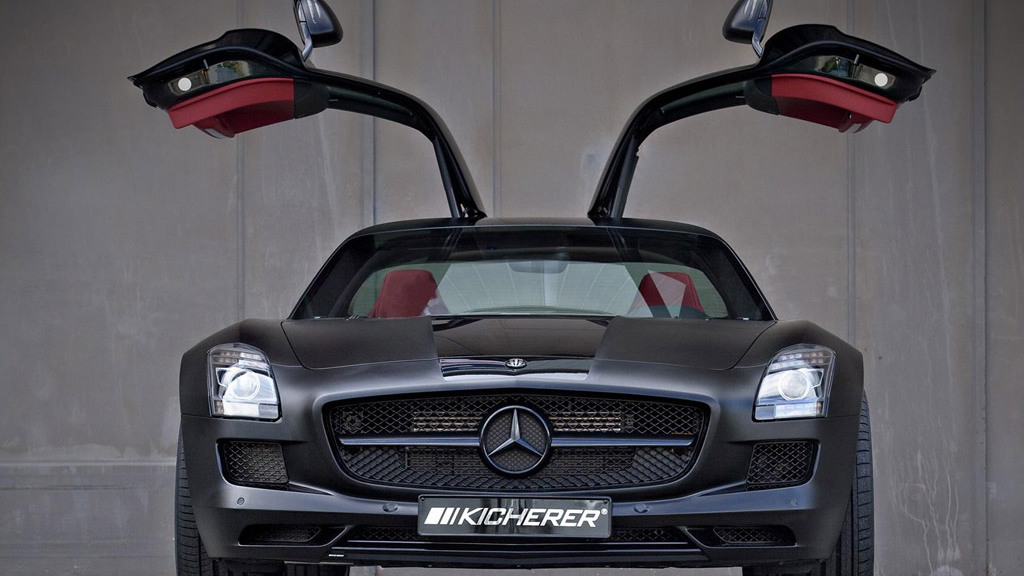 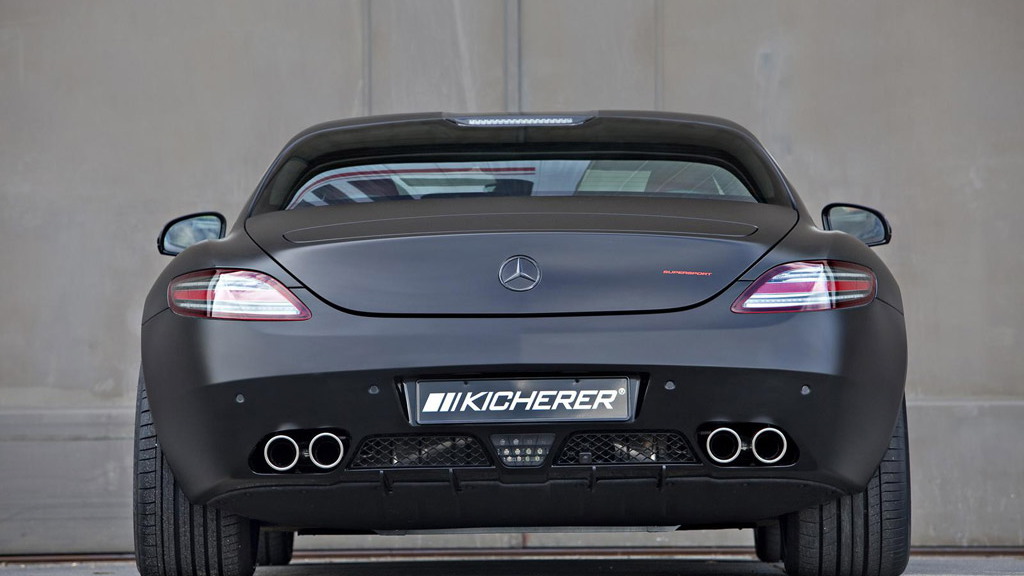 Kicherer may not be as well known as its rival German tuners such as Brabus and MTM, but the firm has a penchant for building some of the most stylish and aggressive kits in the business--especially when it comes to modifying cars from Mercedes-Benz. The tuner has now turned its mad scientists onto the latest 2011 Mercedes-Benz AMG SLS, increasing the gullwing speedster’s horsepower as well as altering its exterior and cabin.

While the standard vehicle was no slouch in terms of output, a revised ECU and a stainless steel sport exhaust system lifts output from the car’s 6.2-liter V-8 engine to 620 horsepower, up from 563 horsepower in the standard model.

Changes to the car’s styling are minimal--why change something that works?--and include a matte foil-wrapped exterior, a new front spoiler lip and a revised rear diffuser. To top it all off, there are new 20 inch alloy wheels and a custom Kicherer badge on the hood.

The new package is called the Black Edition and is available from Kicherer distributors now.