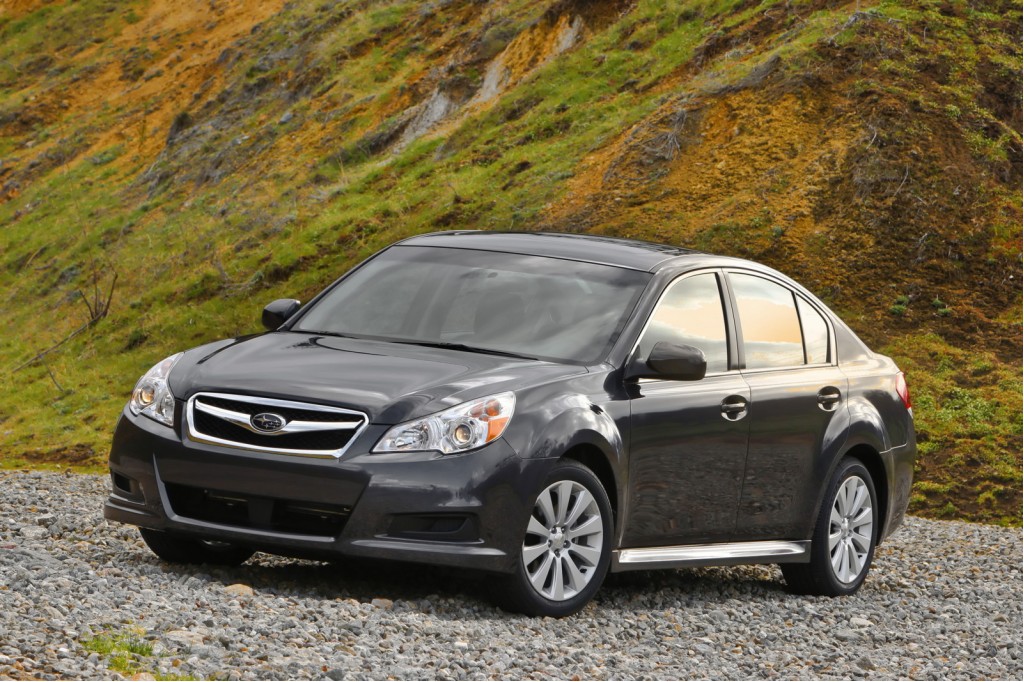 Subaru is the latest automaker to unveil a new camera-based driving assist system, which it is displaying this week at the 2010 Beijing Auto Show. Called New EyeSight, the unique safety system uses stereo camera technology and comes with a number of features to improve driving assist functions, automatic braking management system and user-friendliness.

New EyeSight builds on the first generation of Subaru’s EyeSight system, which was introduced in May of 2008. The latest version has a safer Pre-Collision Braking Control feature that stops the vehicle if it detects the risk of frontal collision, thereby avoiding the collision or reducing collision damage. The All-speed range adaptive cruise control system was also refined. It's now able to stop the car if the vehicle in front is decelerating or stopping unexpectedly. The new features not only expand the range of safety assistance provided to the driver but also reduce risks normally associated with driving in specific circumstances, especially in slow or congested traffic.

Subaru’s Pre-Collision Braking Control feature detects when the vehicle comes close or very close to a car or an object in front of it, and then sets off an alarm to warn the driver of a potential collision hazard. If the speed difference between the driver's vehicle and the vehicle in front is below 20 mph, and if there is no action from the driver to slow down or stop its vehicle, the system will automatically slow down the car or stop the car in order to avoid collision or reduce collision damage. If the speed difference between the two moving vehicles is above 20 mph, the system will automatically reduce the vehicle speed, thereby reducing the risk of collision or collision damage.

Subaru plans to launch New EyeSight in its Legacy range in Japan next month. No word on when it will be introduced locally.