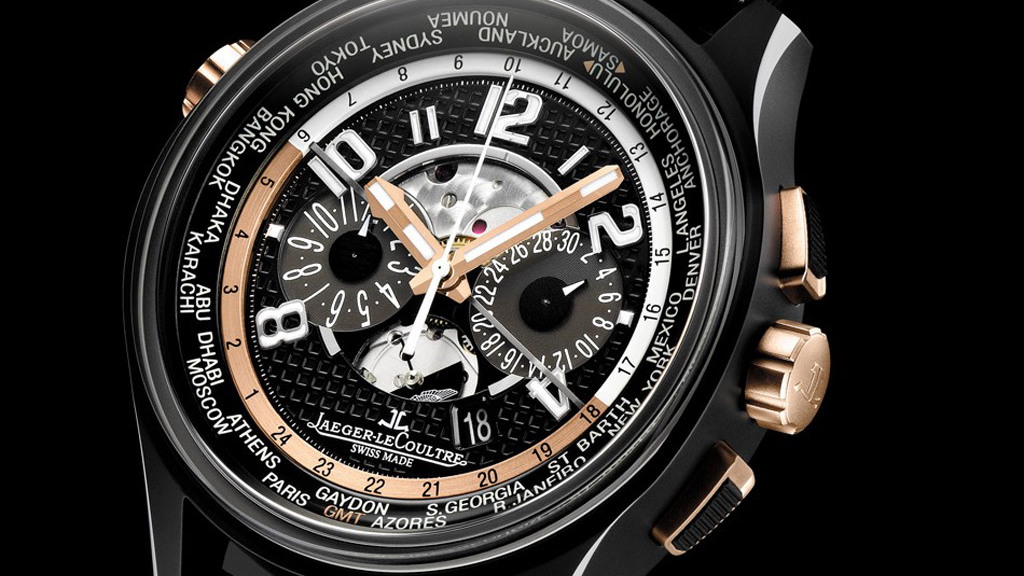 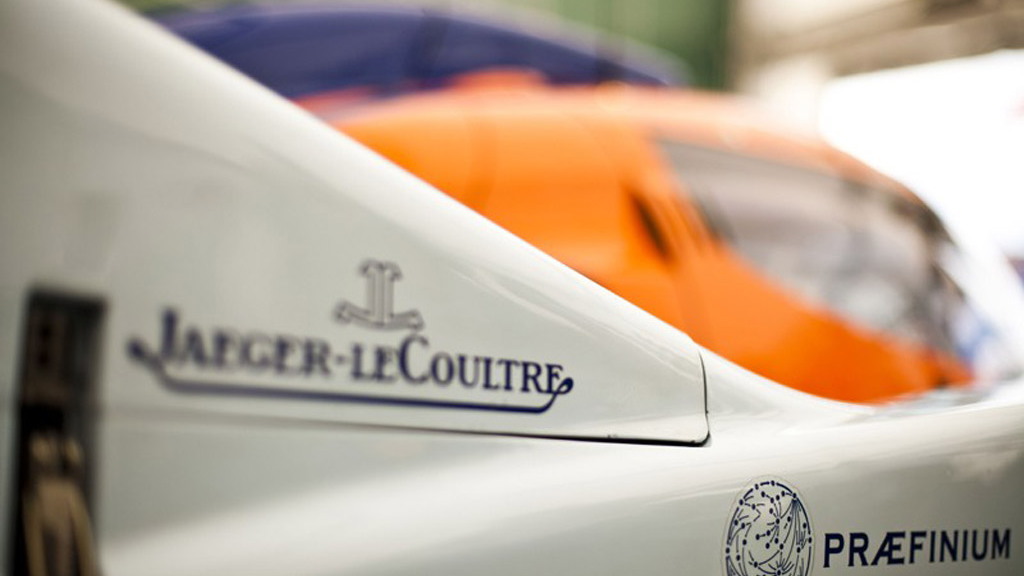 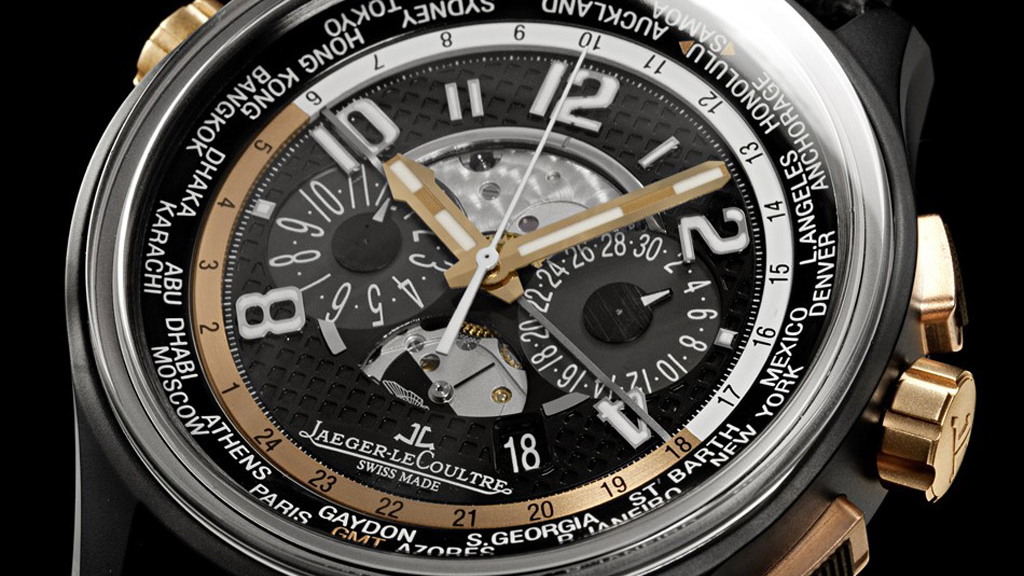 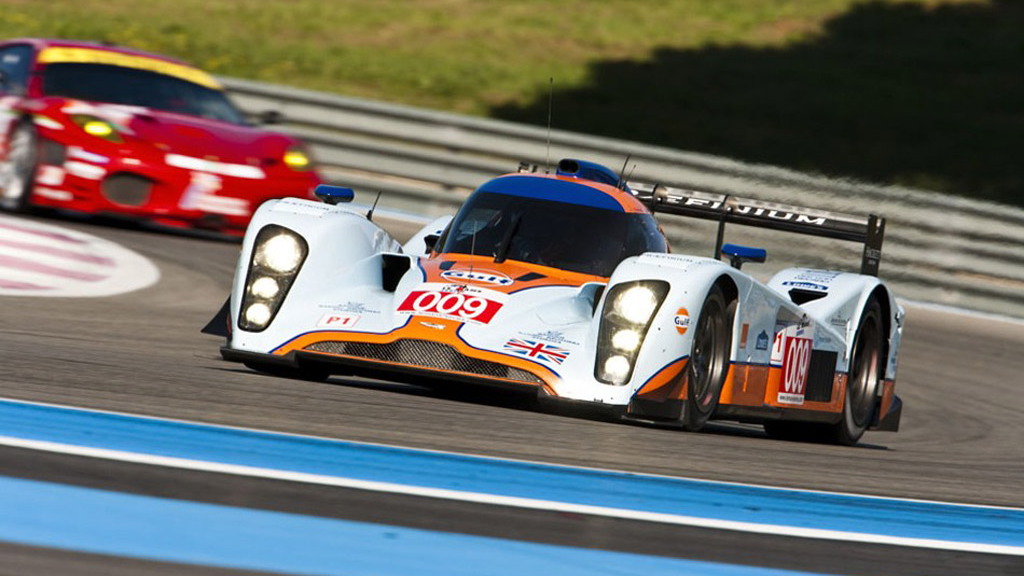 Back in 2007 luxury watch manufacturer Jaeger LeCoultre teamed up with Aston Martin for the release of an exclusive wristwatch that had the ability to unlock and start-up the engine of the DBS. Available only to buyers of the 510 horsepower flagship, the watch was built in a limited run and virtually sold out overnight.

The new watch is the first Jaeger-LeCoultre timepiece to boast both chronograph and worldtime functions. Its appearance comprises all the previous signature features of the AMVOX line including luminescent white numerals and hour-markers arranged in the classic 270 degree sweep, an open-worked dial adorned with a gridwork motif evoking the radiator grilles on Aston Martin cars, as well as the time and chronograph functions displayed on round subdials complemented by a movement operating indicator at 6 o'clock above the Jaeger-LeCoultre logo.

In a subtle detail emphasizing the watch's automobile heritage, London is replaced by Gaydon, the town in Warwickshire, UK where Aston Martin is headquartered.

The AMVOX5 World Chronograph will be produced in a run of 300 units in ceramics and titanium, and 200 in ceramics and pink gold. Two Racing versions, each issued as a 100 piece limited edition, will also be offered. The day/night disc on these models will be distinguished by a striking black and orange or black and white shade. The large seconds hand also features an orange tint inspired by the Aston Martin racing-car prototypes and the chronograph counter discs will be finished in carbon-fiber.