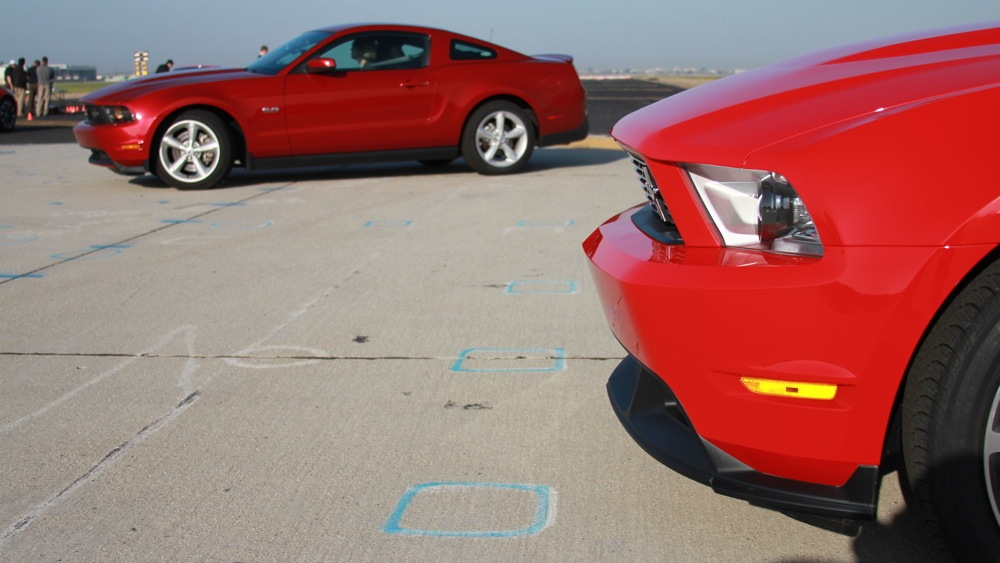 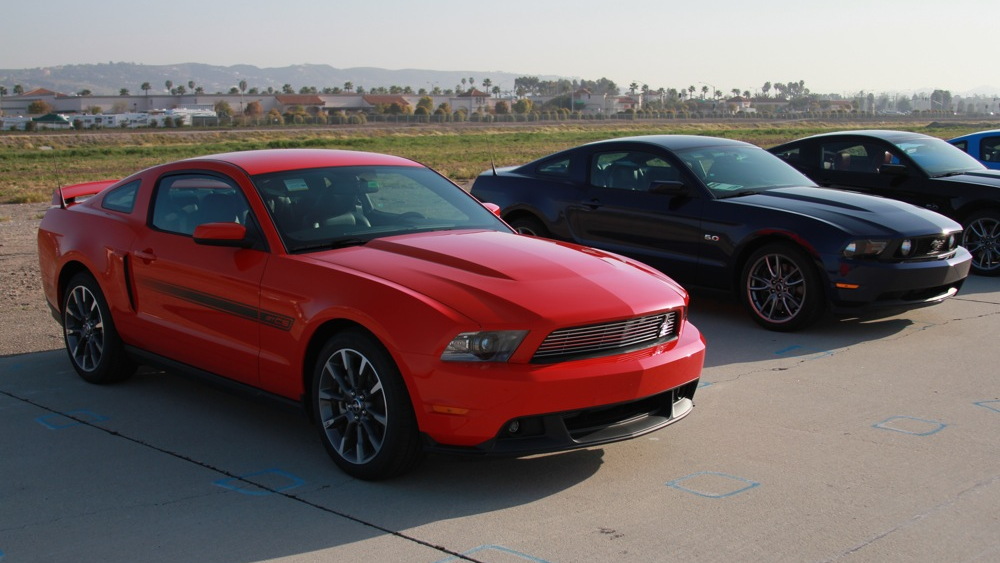 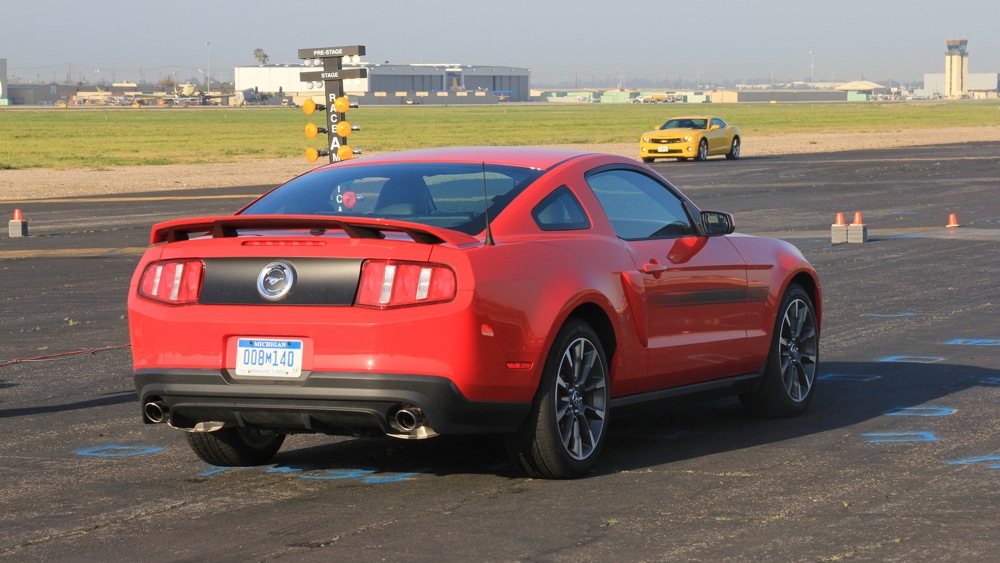 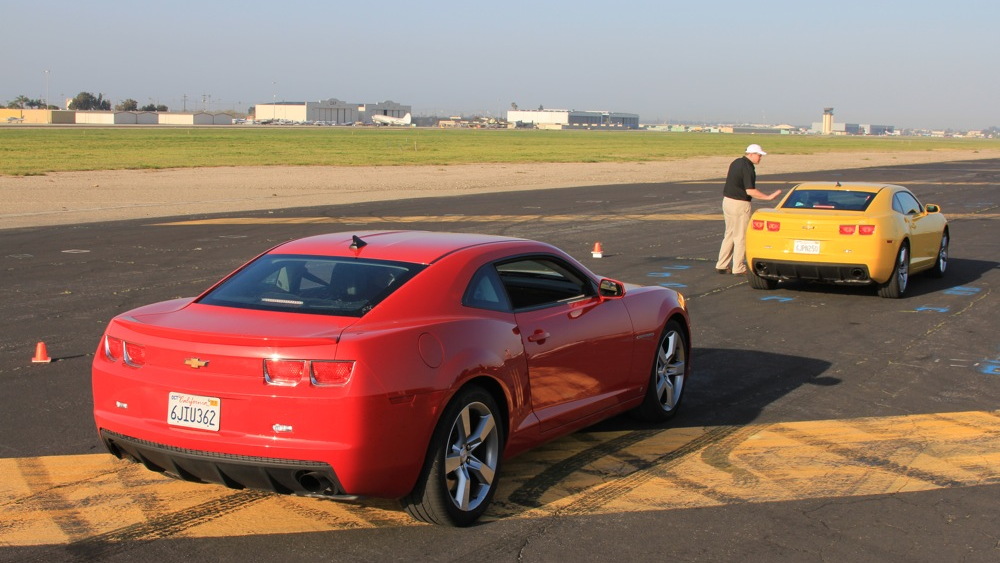 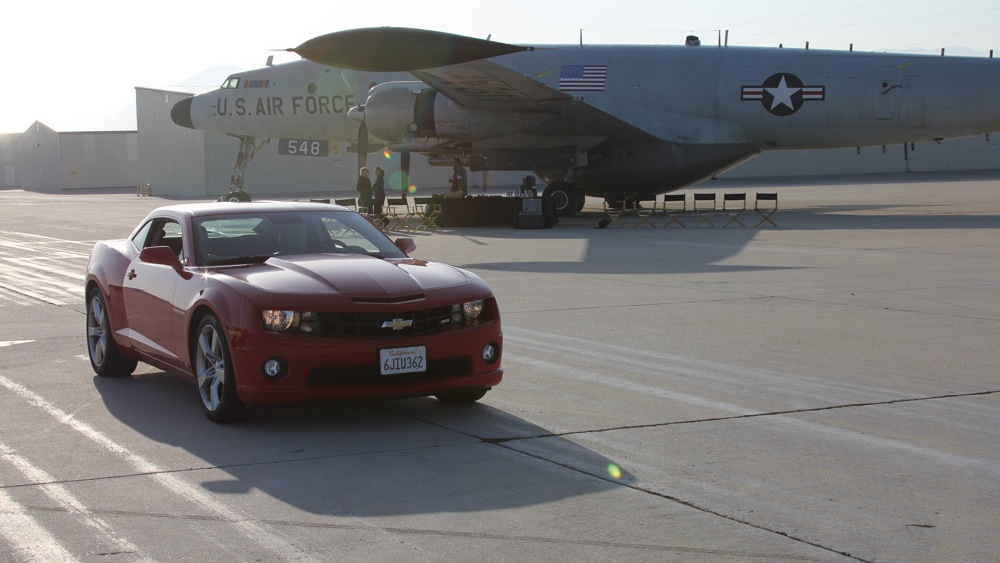 With the arrival of the new 2011 Ford Mustang, it’s safe to say that the Blue Oval pony car finally has the advantage over its arch rival, the Chevrolet Camaro. Not surprisingly, that was the very car provided by Ford for comparison during a first drive event for the latest 2011 model.

Starting at less than $23,000 and $30,500, respectively, the new 2011 Ford Mustang V-6 and GT offer two of the best bang-for-the-buck sports cars on the planet--and with the kind of numbers these latest pony cars are producing, it’s easy to see why.

Take the 2011 Ford Mustang V-6. In base trim it still comes with a 305 horsepower V-6 engine and returns a fuel economy of 19 mpg in the city and 31 mpg on the highway. We’re talking best-in-class figures here. It also helps that the Mustang also outpaces the Camaro and handles better too.

Ford was so confident in its Mustang that at a launch event attended by TheCarConnection.com it made available a Camaro LT V-6 and let the drivers compare it with the Mustang on an autocross course. The Camaro’s turn-in felt squishier overall, with more excess body motion than the Mustang, with the most significant difference felt in quick transitions.

As for the 2011 Ford Mustang GT, it’s hard to get over the car’s sledgehammer 5.0-liter V-8 with all its 412 horsepower. There's so much torque on command, even just above idle, that you have to roll into the throttle carefully out of tight turns. An abrupt change in pavement surface during a full-throttle pass didn't provide the shock that we anticipated, but overall this is definitely a car that begs to be driven hard yet rewards for some level of finesse and restraint.

Check out Bengt Halvorson’s reports on the Mustang V-6 and Mustang GT to see how both of the cars perform out on the road in much more detail.