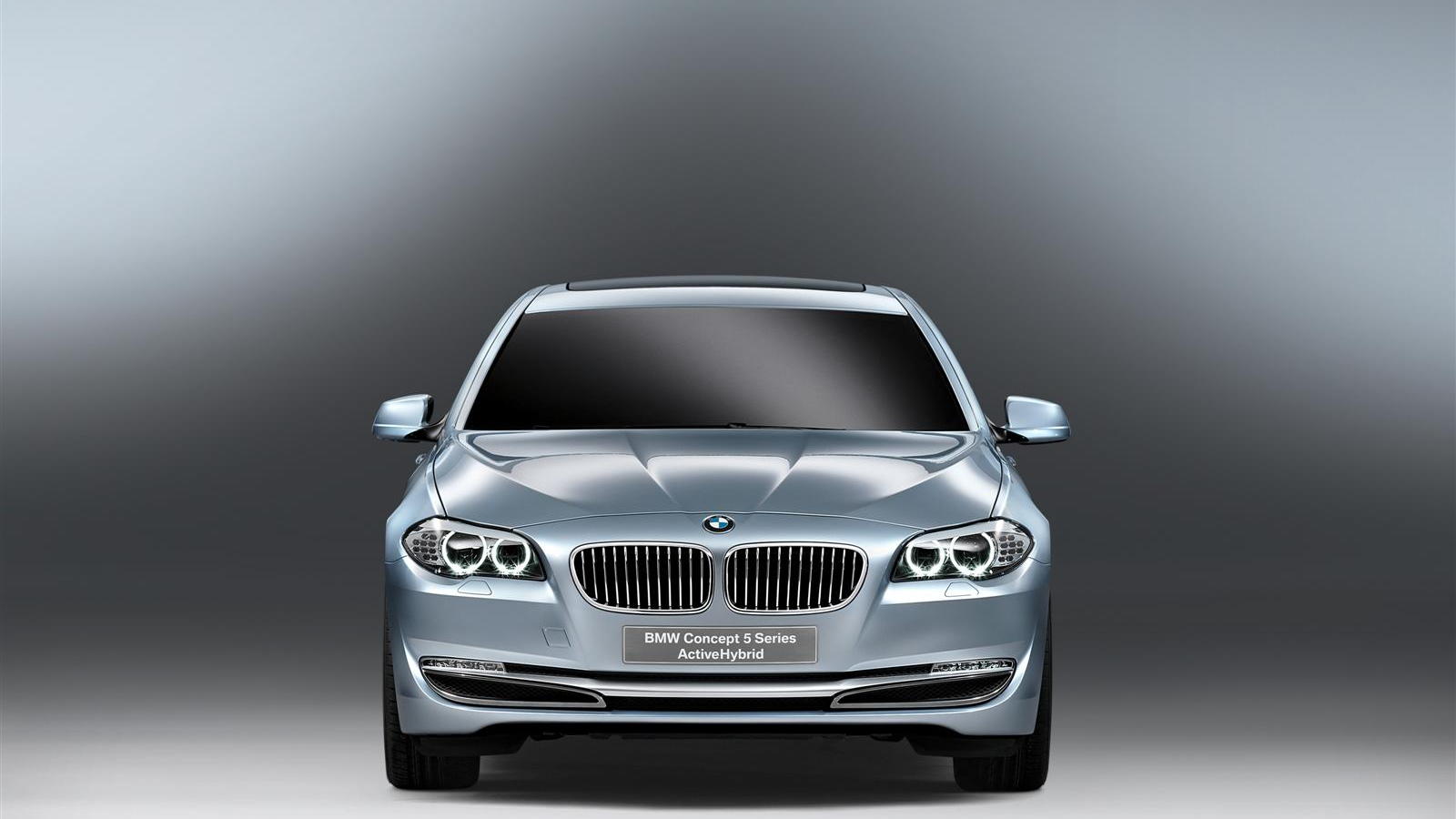 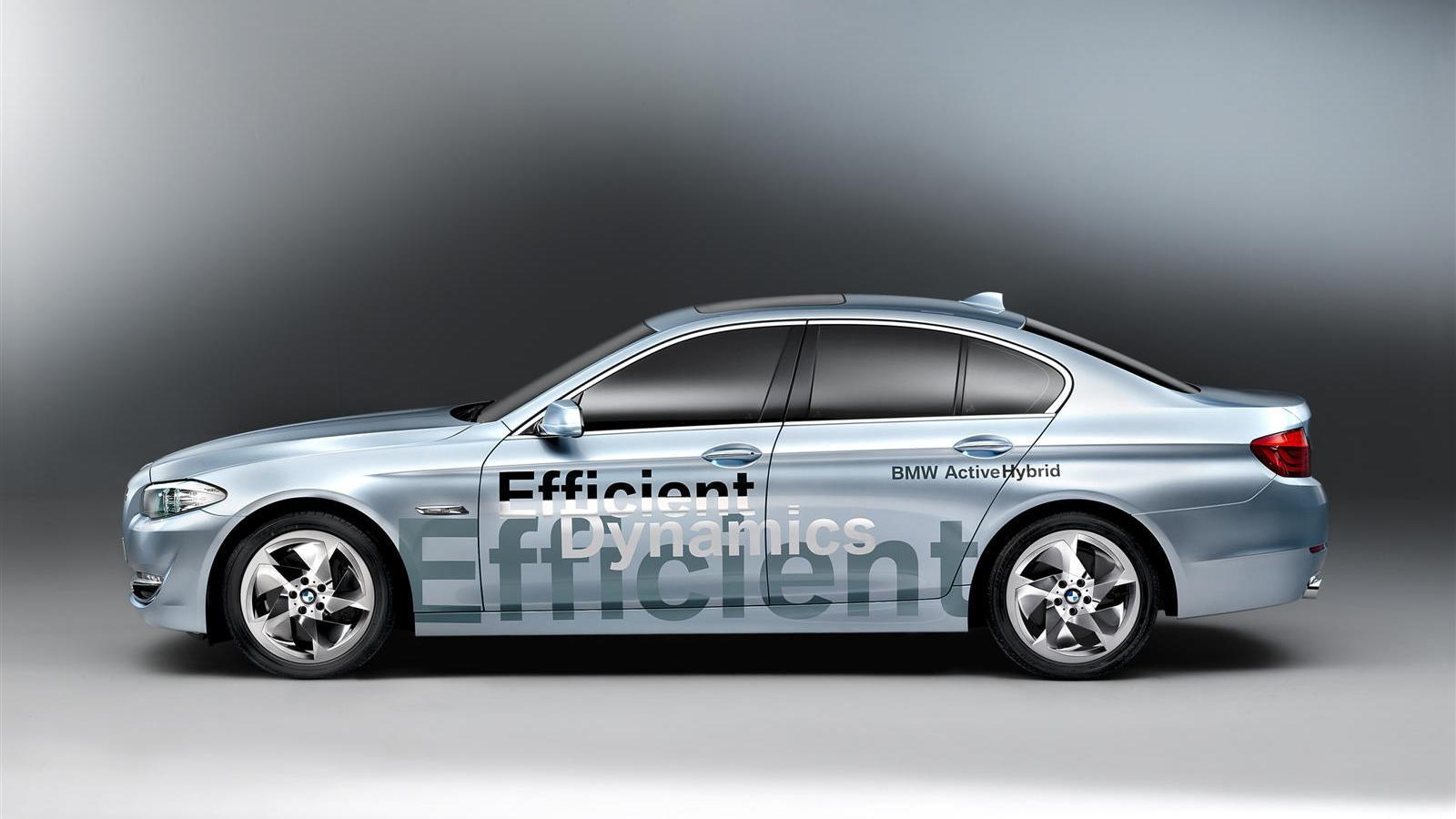 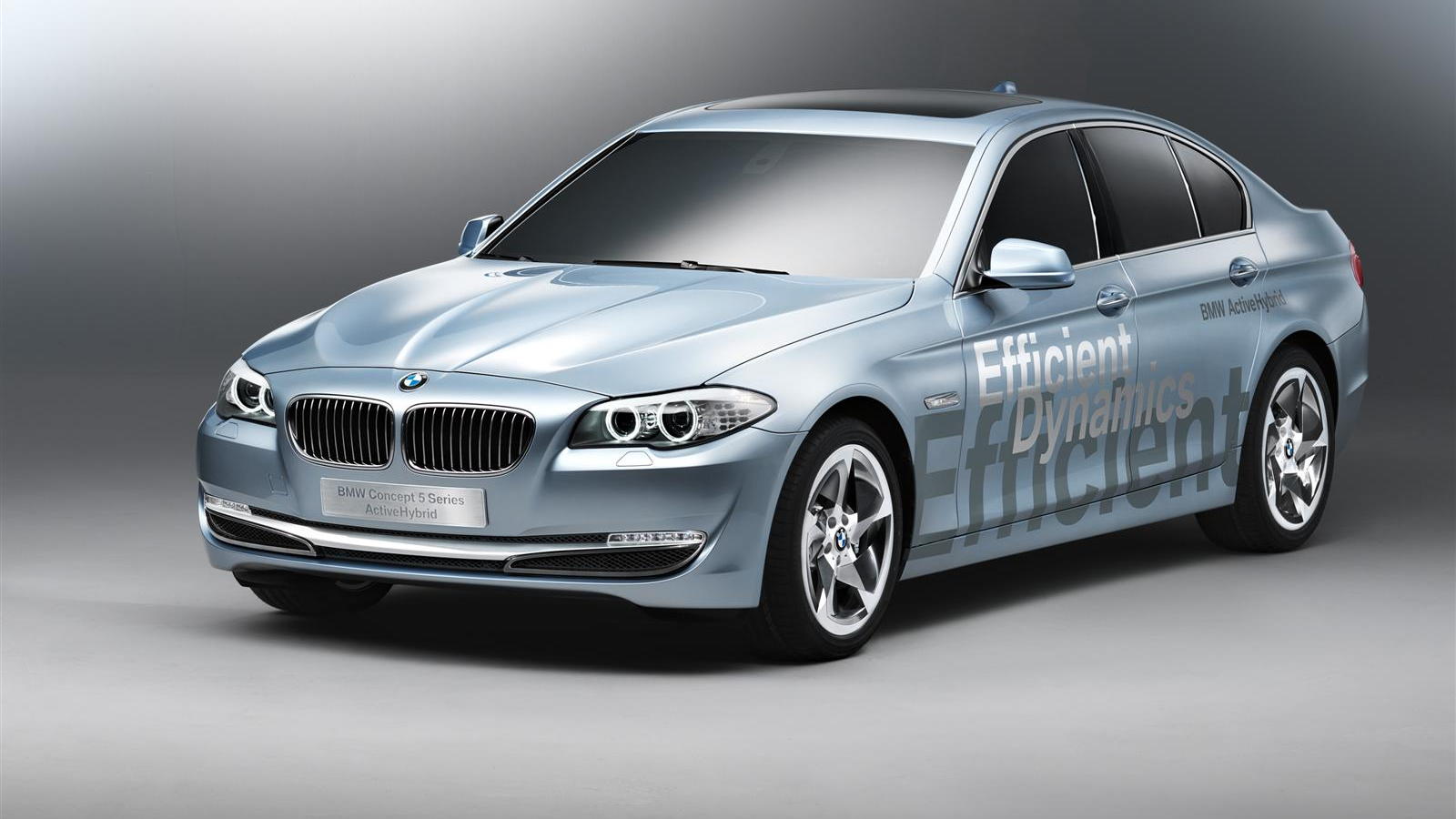 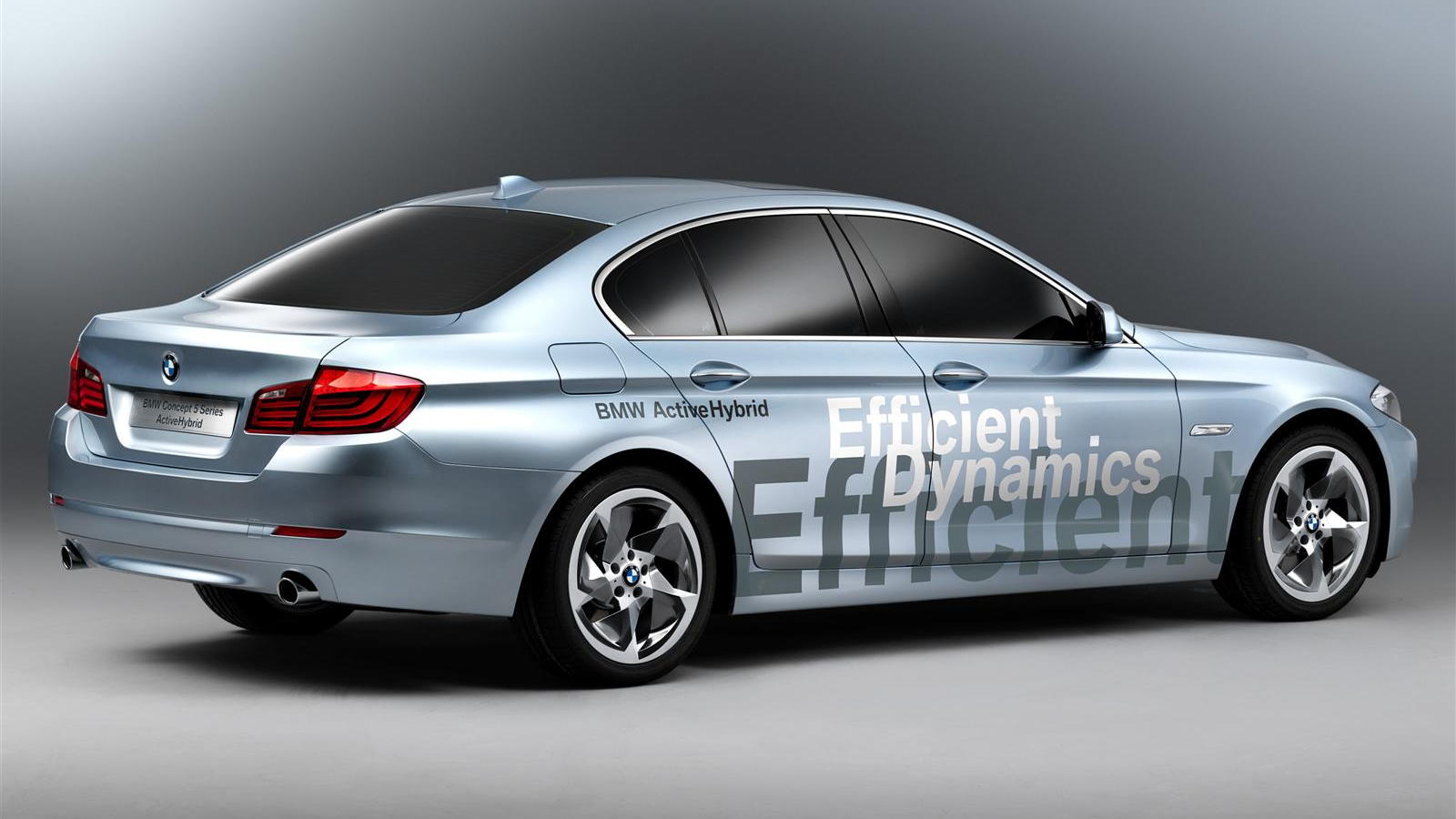 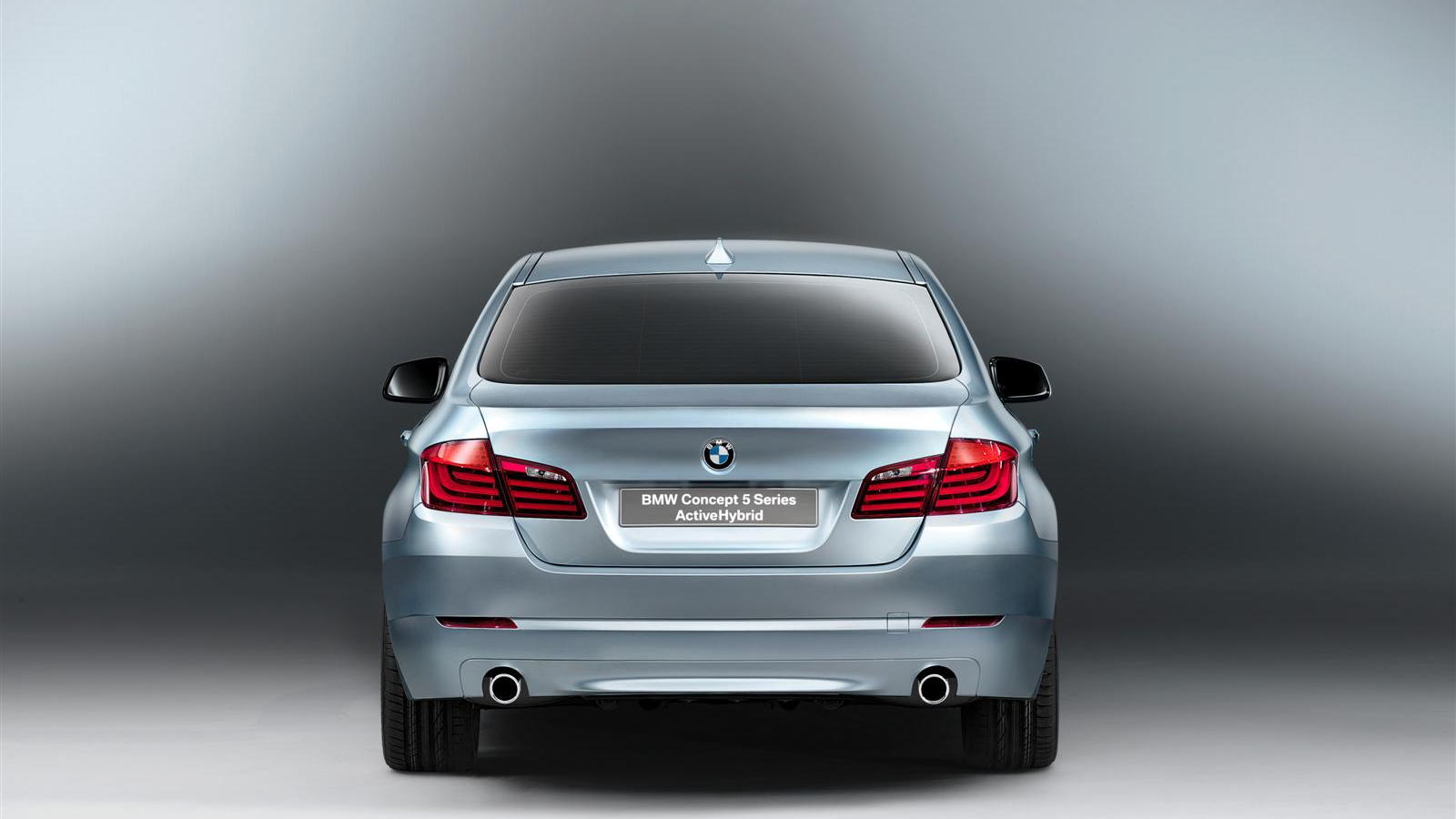 We'll have to wait a year for the just-unveiled BMW Concept 5-Series ActiveHybrid to make it to production form, but today BMW took the wraps off the car ahead of its Geneva Motor Show debut this week.

The car will be powered by a straight-six gasoline TwinPower turbocharged engine mated to an eight-speed automatic transmission and an electric hybrid system. The goal is a mild hybrid that can reduce emissions and fuel consumption by up to 10 percent--not spectacular for a modern hybrid, but enough to offer some solace to the pocketbook and conscience of its owners.

The hybrid system isn't just about greening up the company's image, however--it's also good for a power boost, delivering a sportier experience than you'll find in thriftier hybrids, according to BMW. With high torque available from a standstill thanks to the electricm otors, BMW says the "interaction of the two drive systems ensures extremely spontaneous and dynamic acceleration whenever required." Sounds enticing, but we'll wait to see how it drives in real life.

In addition to previewing the 5-Series ActiveHybrid itself, the Geneva concept car shows off the next generation of BMW's ActiveHybrid technology, which due to its modular design, can and will be adapted to other models and segments.

Like other hybrids, the 5-Series Concept ActiveHybrid uses energy regeneration through both overrun and under braking to recapture kinetic energy and turn it back into electricity. Following on BMW's existing EfficientDynamics method of aggregating many small efficiency-boosting technologies to produce a tangible overall results, the 5-Series ActiveHybrid Concept will also use a high-voltage battery to power the car's on-board network and accessories, including climate control, audio and navigation, plus auto stop-start.

BMW also claims the 5-Series ActiveHybrid will be able to deliver fuel savings not just at lower speeds like most conventional hybrids, but at higher speeds as well, thanks to its design to operate under a wide range of engine RPMs and loads.

We'll have the full and final details on the Concept 5-Series ActiveHybrid's power output and fuel economy figures as soon as they're released.