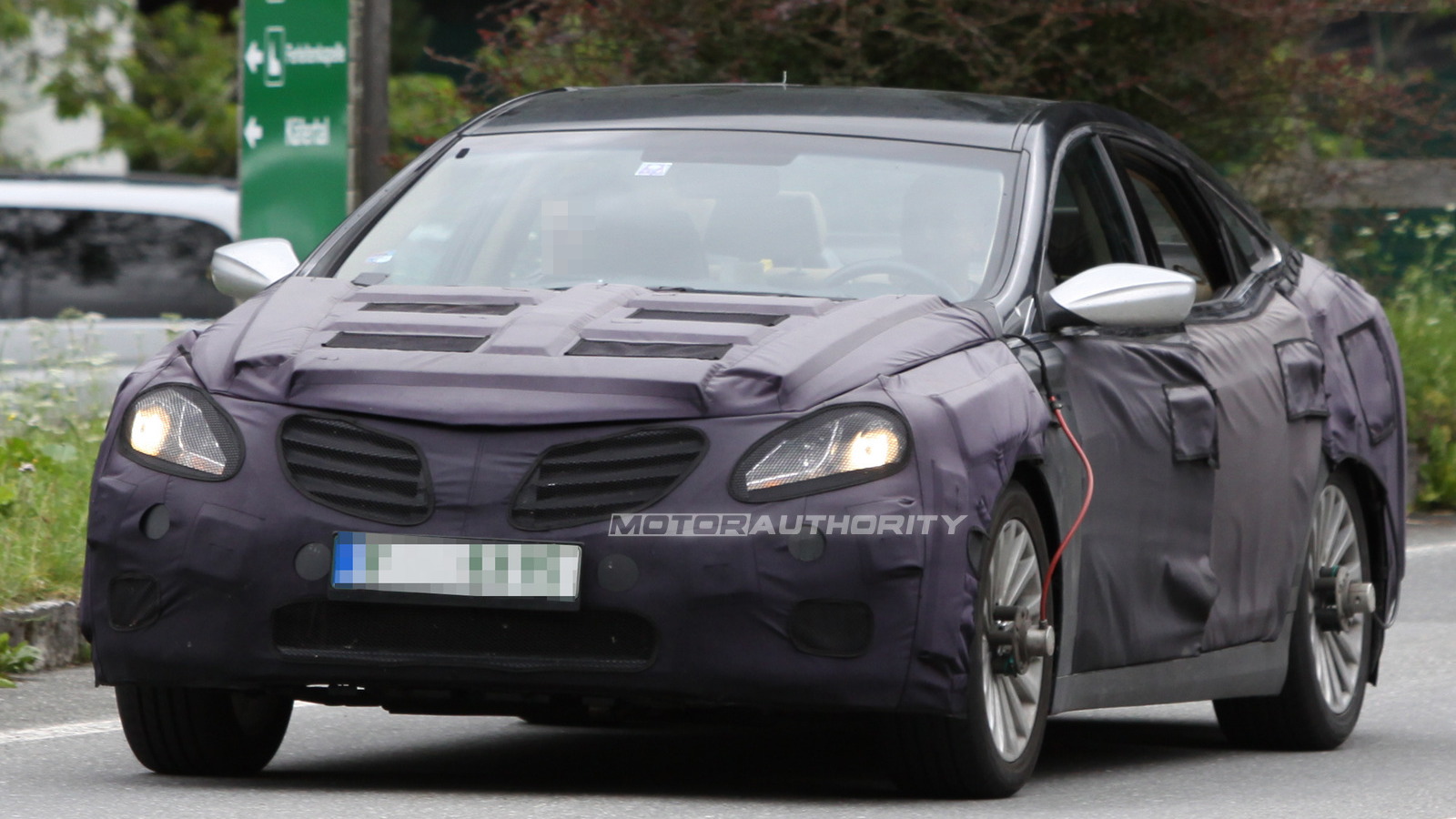 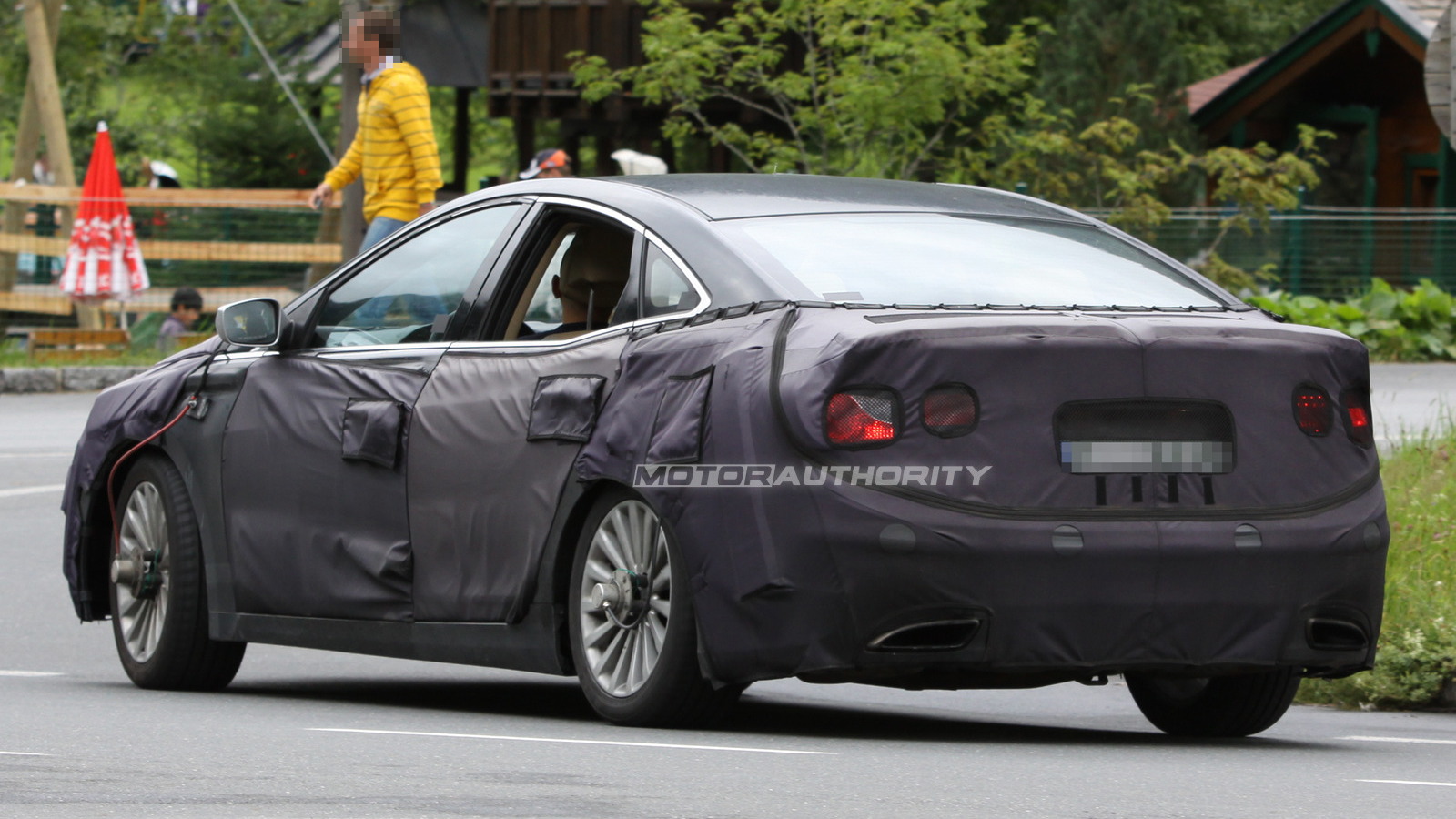 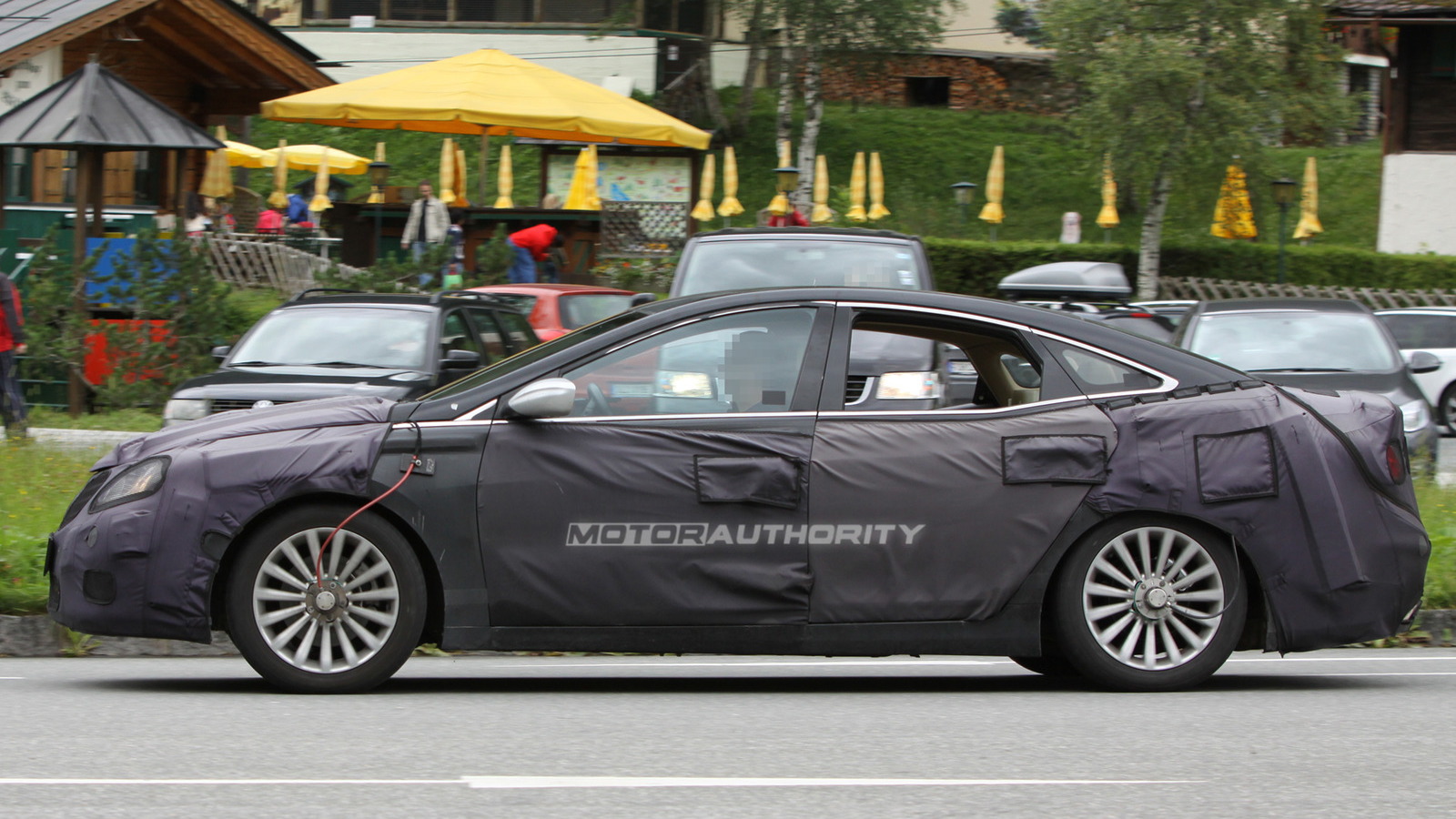 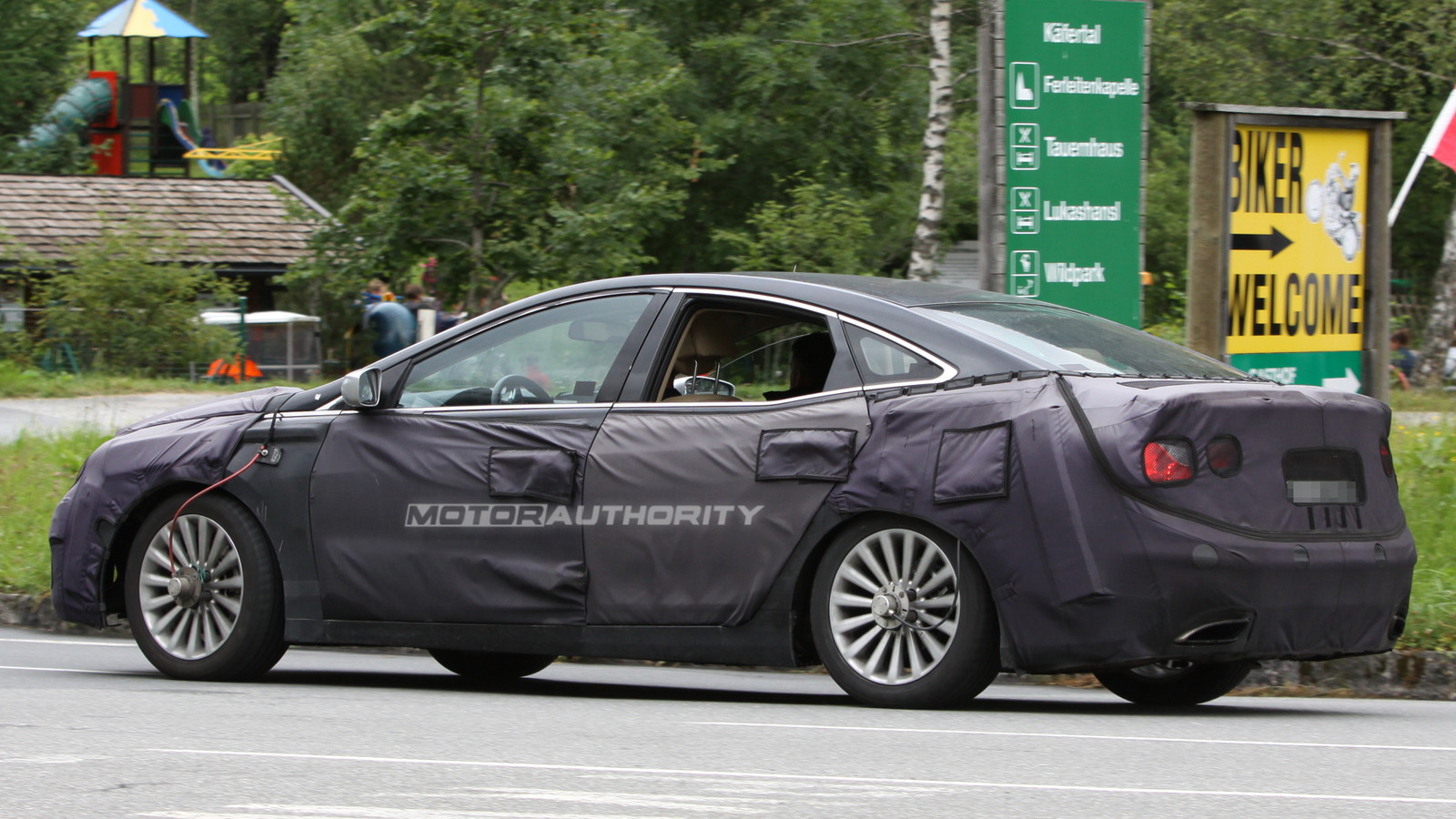 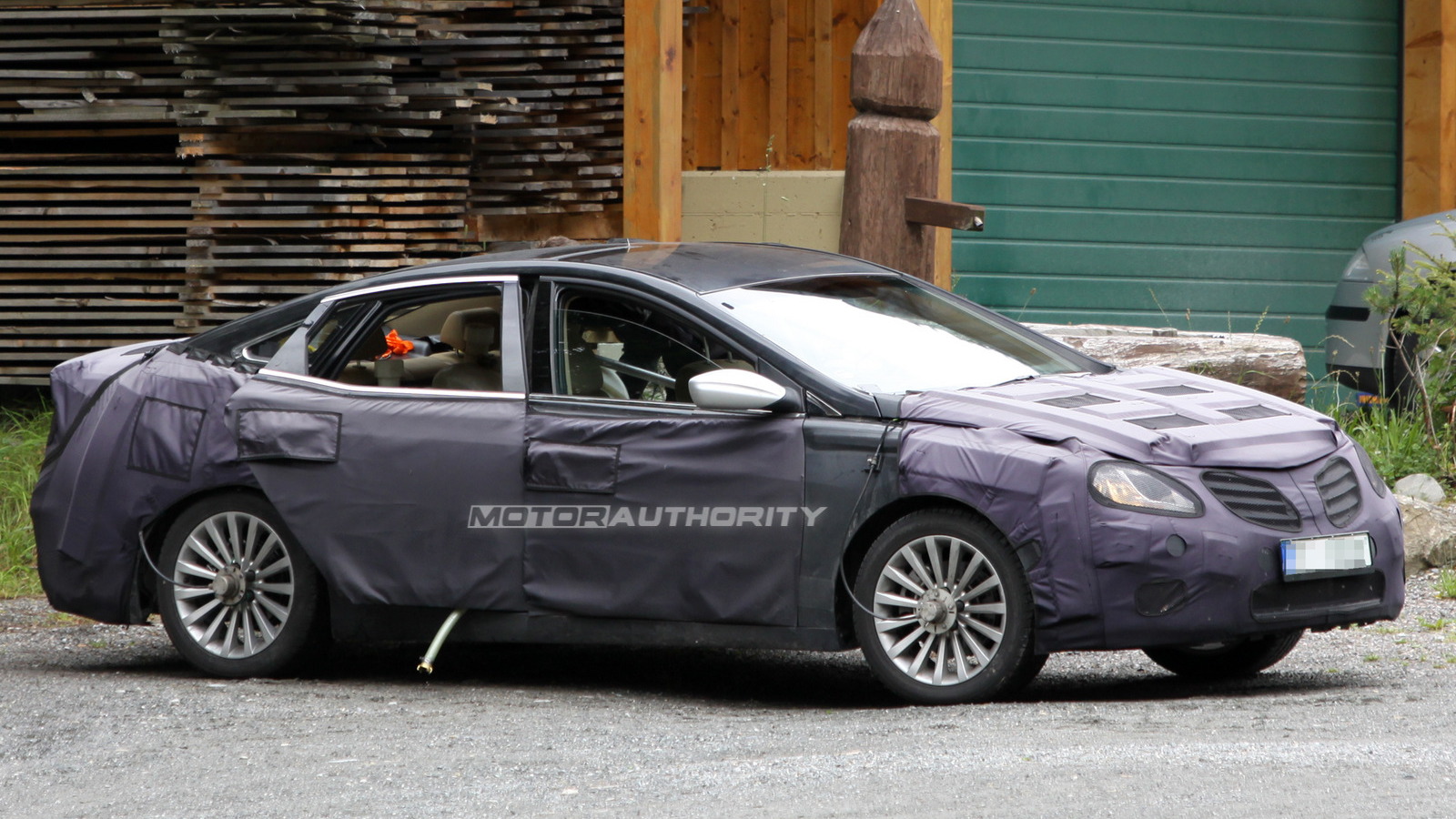 The affordable large car segment is starting to get just a little overcrowded, and in a time where customers all around the world are downsizing to smaller midsize models, performance, fuel-economy and overall value is now more important than ever.

South Korea’s entrants in this field have been winning plenty of accolades lately, especially newcomers like the Hyundai Genesis and the recently revealed Kia Cadenza, and now Hyundai looks set to continue this trend with a replacement for its aging Azera sedan, designed to meet the Germans on their own ground with a dramatic new look and packed with technology and features inside.

The current Azera, sold as the Grandeur in other markets, was first revealed back in 2005 and since then undergone only one major update. The replacement for the car, seen here testing in prototype form, is expected to debut in late 2011 as a 2012 model and by the looks of things it appears it has grown substantially.

Positioned between the Sonata and the Genesis, the 2012 Hyundai Azera is expected to be launched with two different V-6 engines: a 3.8-liter Lambda unit with 305 horsepower on tap and a smaller 3.3-liter mill already sold overseas. Hyundai’s new six-speed automatic transmission with pseudo manual mode will likely be standard across the range.