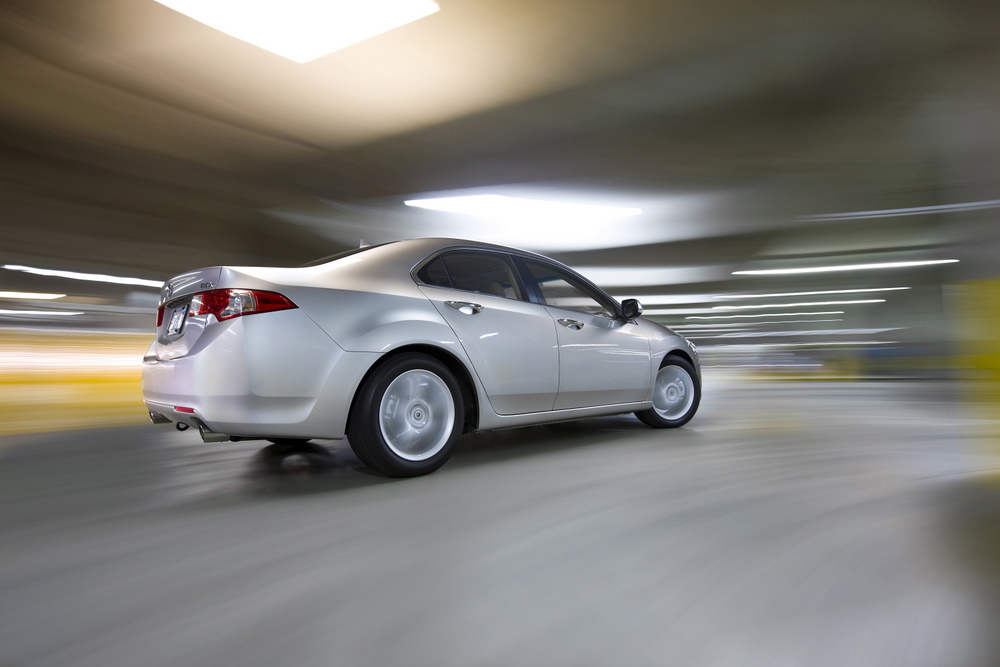 Just a few weeks ago at the 2010 Detroit Auto Show, Honda CEO Takanobu Ito said that Acura would be getting hybrids. Today a report indicates the 2011 Acura TSX could be the first.

Acura famously reversed its "Tier 1" aspirations last year, chopping rear-wheel drive and big V-8 engines from its lineup in favor of a greener, leaner approach to luxury. The hybrid decision it itself a flip-flop from an earlier stance--Acura once said it had no intent to compete with Lexus on hybrids.

But in Detroit, Ito said, "Last year, due to the business conditions and to focus on reducing CO2 emissions, we re-focused some of our product development resources. Now, I'm pleased to say that we will be adding hybrids to the Acura brand. And based on my history in developing several Acura products, I have strong confidence in our ability to advance the Acura brand." Today, Automotive News reports an anonymous source in Acura's dealer network has tipped the Acura TSX as the first such hybrid. So what might a hybrid TSX look like?

Honda is thought to be developing a full-hybrid platform for larger, heavier cars, and that could be what's headed to Acura in the long run. For the TSX, Acura's smallest current offering, a version of the Integrated Motor Assist (IMA) mild hybrid drivetrain found in cars like the Insight might be on tap. The less-efficient IMA system is already fully engineered for production and would likely be easier to fit into a timeframe for a 2011 model-year vehicle. Pairing the IMA system with the TSX platform would amount to a direct competitor with the Lexus HS 250h.

The 2010 Lexus HS 250h is rated at 184 combined horsepower, 147 of which come from an Atkinson-cycle four-cylinder gasoline engine. An electric hybrid system provides the rest of the power, putting its total output close to that of the 2.4-liter, 201-horsepower standard Acura TSX four-cylinder. If Honda were to pair any of its range of 1.8- to 2.0-liter four-cylinders, with the 13-horsepower IMA electric motor system, it would produce roughly similar power figures, and potentially match the Lexus's less-than-stellar fuel economy of 35 mpg city, 34 mpg highway. The 1.3-liter four-cylinder/IMA combination in the Honda Insight delivers an EPA-rated 40/43 mpg, leaving a bit of room to make a slightly more performance-oriented 2.0-liter four-cylinder variant for Acura. The current 3,400-pound four-cylinder TSX rates 21/30 mpg.

Two other hybrid models are expected to follow on the heels of the TSX.

Whatever the case, the rumor among insiders is that Honda may have something for us--in concept form only, of course--as early as the 2010 New York International Auto Show in April. Motor Authority will be there live covering the action, and we'll be sure to keep you posted if it does materialize.