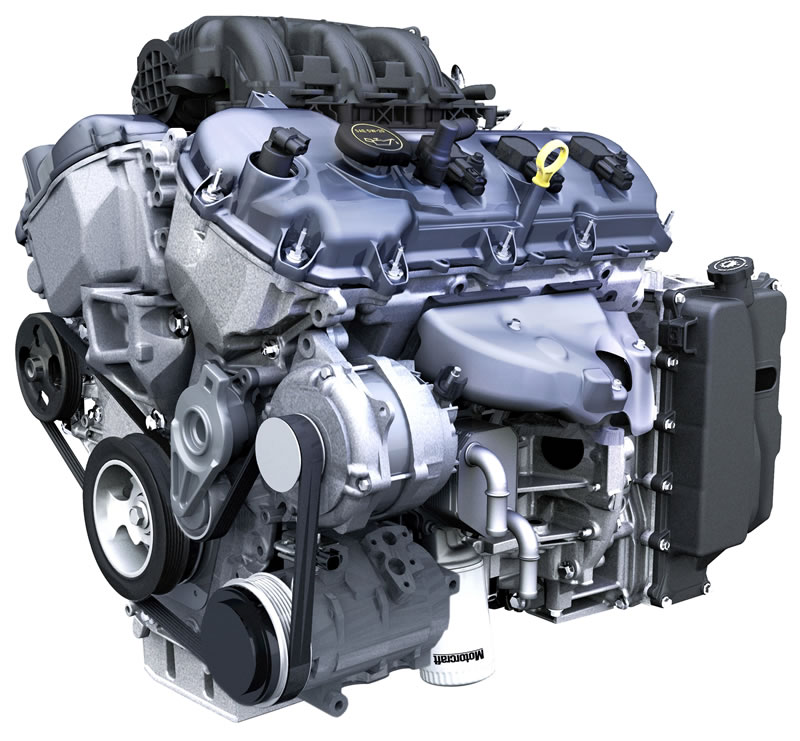 While many of its rivals are offering direct injection technology on its engines in an effort to boost performance and fuel economy, Ford decided on skipping on the innovative technology for its latest range of V-6 and V-8 engines.

It’s not like the Blue Oval hasn’t mastered the technology. After all, direct injection combined with turbocharging is currently offered quite successfully on Ford’s EcoBoost range of engines, which span both four-cylinder and V-6 units.

Furthermore, Ford’s most direct rival--General Motors--has been offering direct injection on its V-6 engine for years! Despite this, Ford has introduced a pair of all-new V-6 and V-8 engines, slated for a wide range of applications and the V-6 making more power and torque than that GM V-6. But neither of the Ford engines employ direct injection technology.

When quizzed by TheCarConnection.com, a Ford powertrain engineer explained that direct injection is NOT always a step ahead for fuel economy and emissions--especially when considering cost, complexity, and how the technology will pair with other innovations.

"When the program started, it [the new Duratec in the Mustang] was a direct injection engine," said Greg T. Johnson, a powertrain integration manager whose responsibilities include both engines. But according to Johnson, Ford powertrain engineers eventually realized that leaving the direct injection aspect out of the design allowed charge-cooling advantages--allowing engineers to better optimize intake air temps for fuel economy, power, and emissions.

Typically, direct injection allows better control over knock, enabling a higher compression ratio, which does help optimize combustion. "Yeah, it helped us a little bit with knock, but it wasn't that much for all the cost," said Johnson, referring to all the more expensive parts, such as high-pressure fuel-system components, needed for direct injection. Ford even developed a direct injection version of the engine and was testing running prototypes, "but in the end it didn't make business sense," Johnson summed.

A similar story can be told for Ford’s new 5.0-liter V-8 engine, which at 412 horsepower and 390 pound-feet of torque produces more output than many same-size or slightly larger V-8 mills.

Head over the TheCarConnection.com for a more detailed report from Bengt Halvorson.