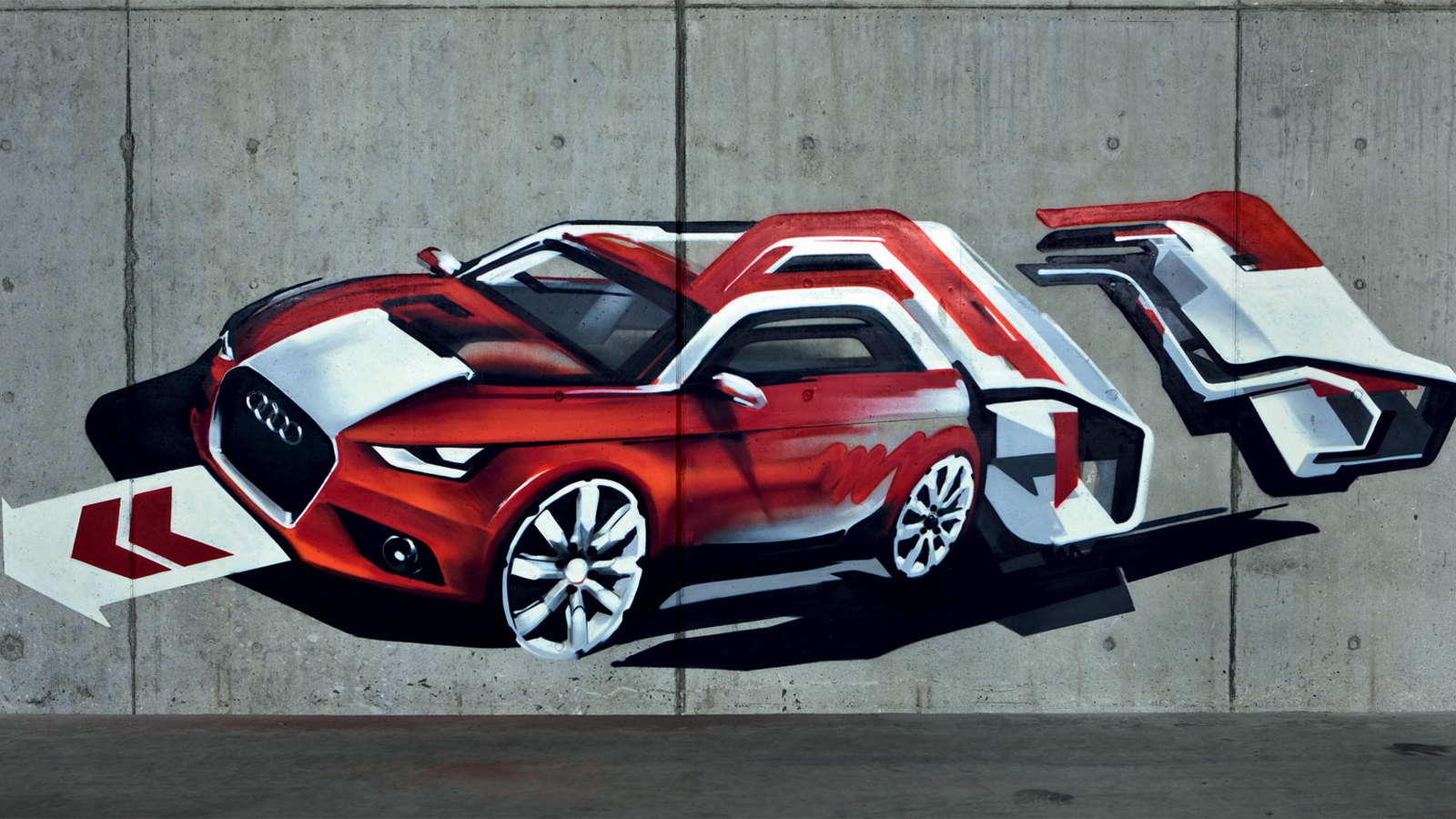 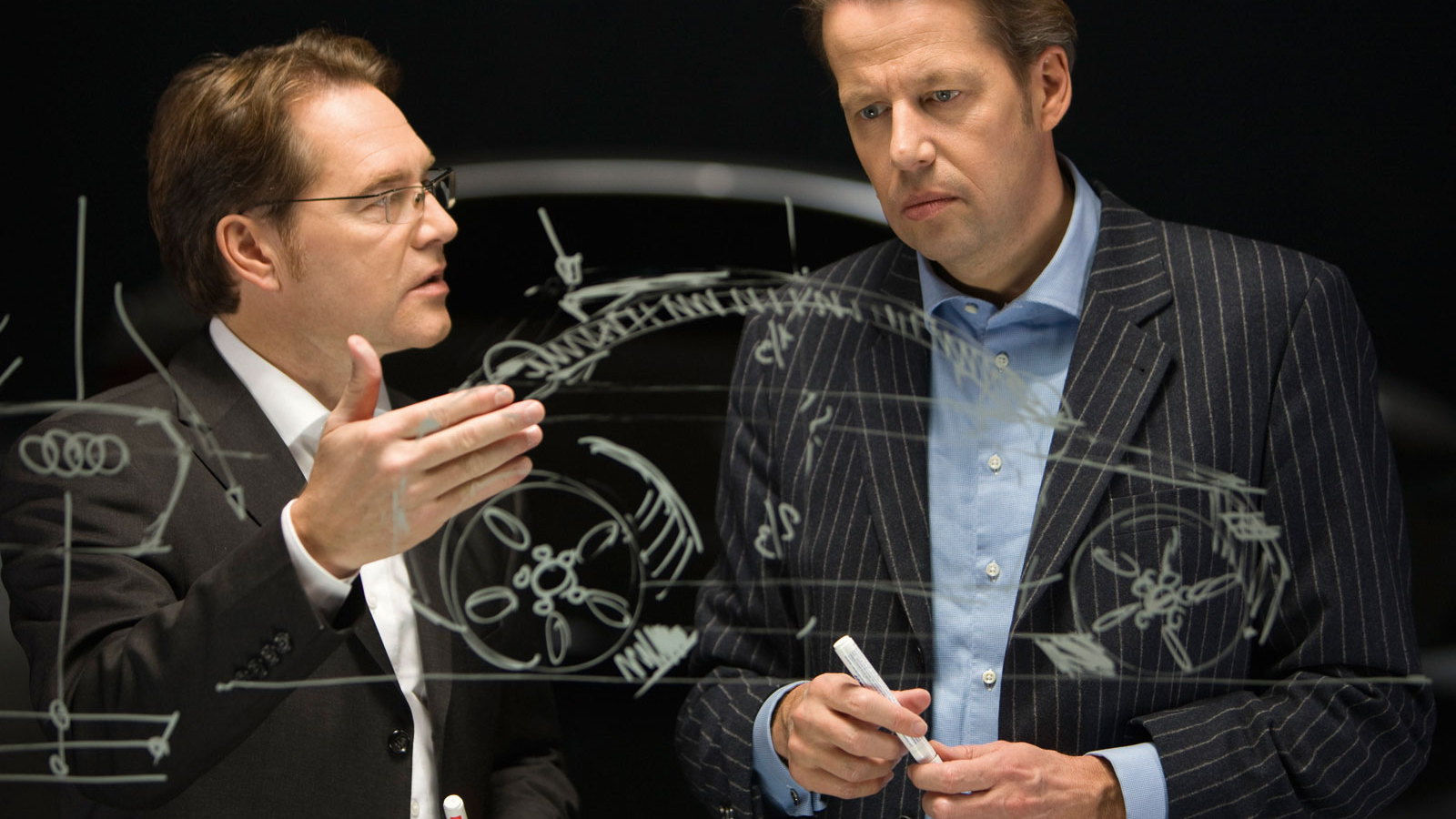 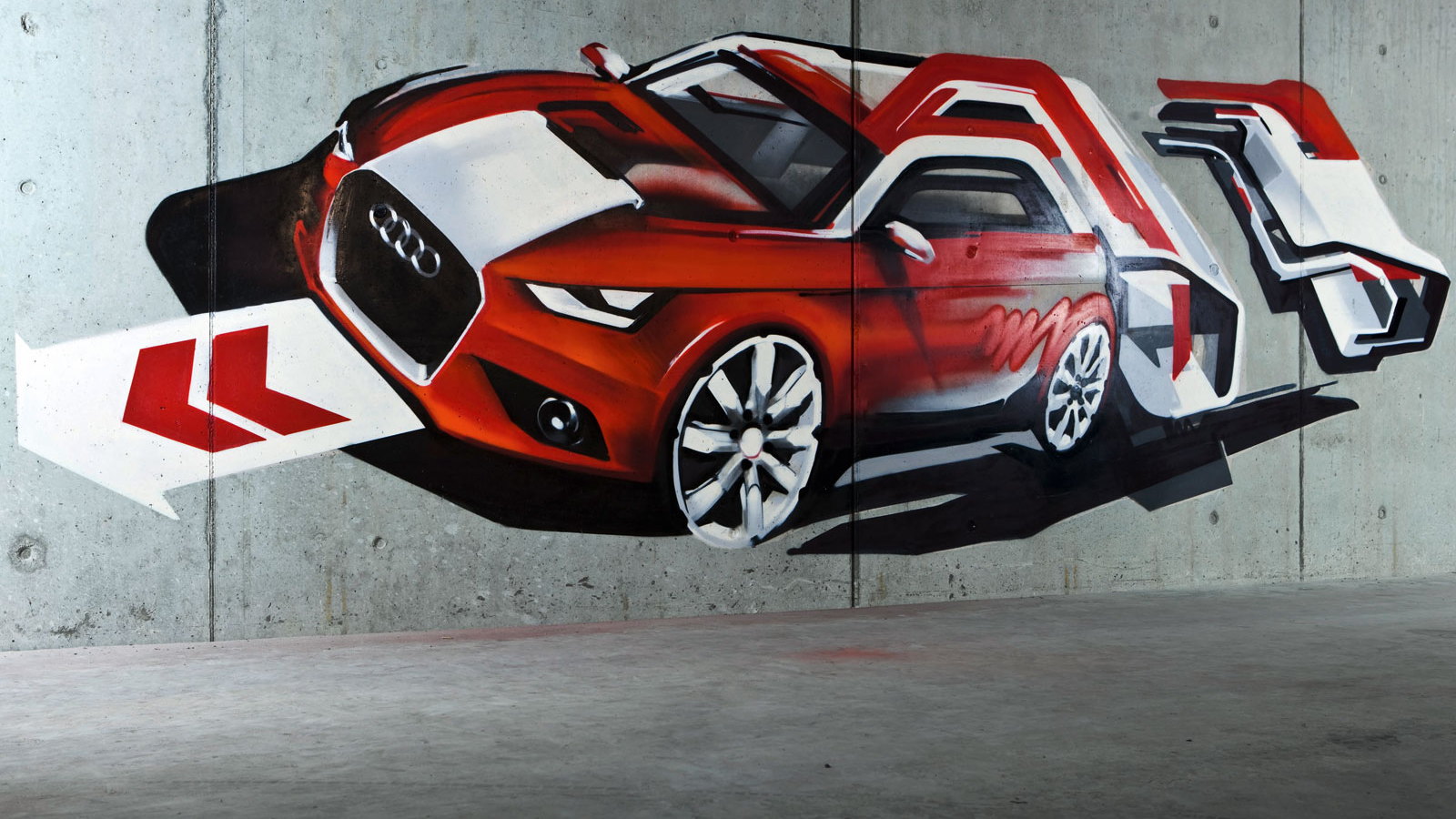 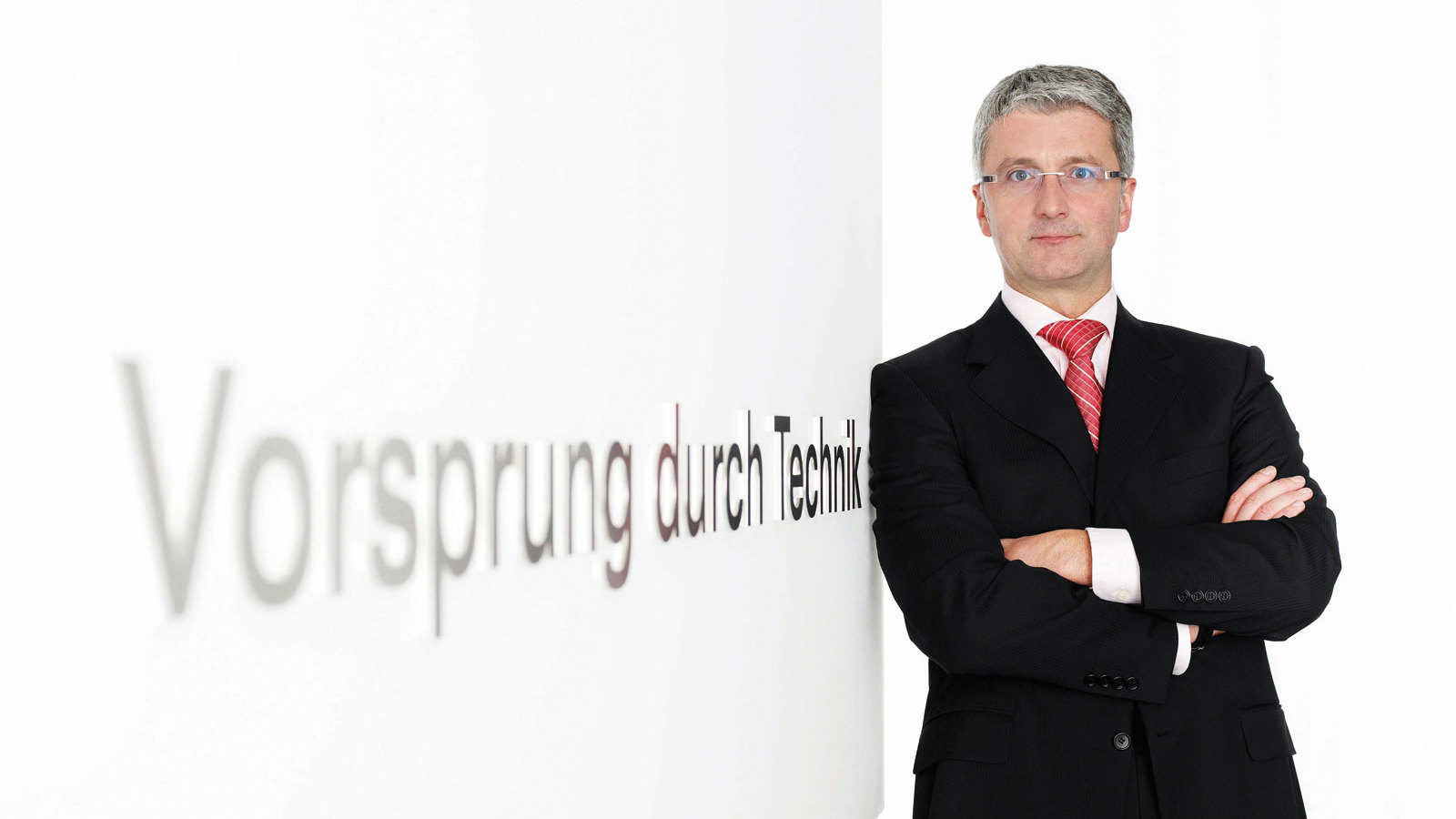 The Audi A1 has been a long time coming, passing through at least two concept iterations over the last few years to get to its soon-to-be-revealed production form, coming in March, 2010, most likely at the Geneva Motor Show. The best part for those of us in America? We're going to get the A1, too.

Or at least we're expecting to get it. Fans of fun, high-end hatches won't have to simply watch and wish for the fine fare Europeans get, if the reports hold true. And every indication is that they will--Audi is looking to compete heads-up with MINI, and that means the U.S. will be a key market for the A1.

The images and videos released today as a teaser for the upcoming March, 2010 reveal, show a highly stylized drawing painted onto a wall in graffiti fashion. Though it purports to preview the upcoming car, the actual concepts do a better job of presenting the proportions and lines of the mini-car.

Taking on the MINI brand, already well-established and featuring one of the more rabid fan bases alive and well in America today, will be a tough task. With Audi's reputation for quality interiors, if somewhat sleepy exterior design, there's a lot to work with. Audi's recent A5/S5 is a major exception to the sleepy design rule, and concepts of the A1 have been highly intriguing, as have the models spied on German tracks and roadways.

With an S1 and an RS1 variant of the A1 also possible, there's competition for the Cooper S and John Cooper Works MINIs, too. Power for the American range could span everything from a 120-horsepower entry-level four-pot to a 1.4-liter supercharged mill rated at 180 horsepower for the S1, and a high-strung 220-horsepower version of the same engine for the RS1. The basic powerplant used would be derived from the Volkswagen Polo GTI, the base version of which is expected to reach U.S. shores sometime around 2011.

To catch up on the Audi A1's development, check out these stories. The video below shows how the teaser graffiti image was made, in time-lapse format.