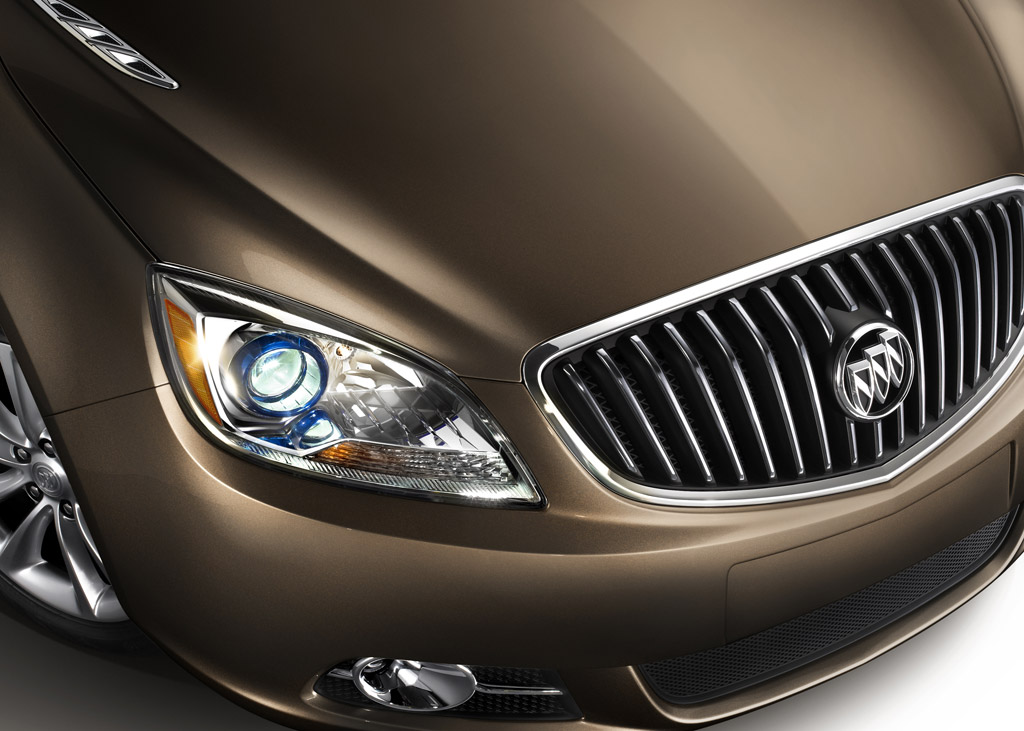 Despite vowing to end the practice of badge engineering following its bankruptcy process and streamlining of brands, GM is on the verge of launching a new compact sedan under its Buick label that will essentially be a reskinned Chevrolet Cruze. The car is the upcoming 2012 Buick Verano, a teaser of which was released last week along with the announcement that production will be taking place at GM’s Orion assembly plant in Michigan.

Speaking at a recent press event, GM’s North American chief, Mark Reuss, explained that the Verano won’t be mistaken for a Chevrolet Cruze due to some very noticeable features. To differentiate the Verano, Reuss revealed that it would feature a "library quiet" cabin, projector headlamps, plenty of chrome accents and an upgraded interior.

The aim for GM is to attract new and younger buyers for the Buick brand as well as help further improve fleet-wide fuel economy and emissions. The expected lower pricetag of the Verano should also help attract former Pontiac and Saturn shoppers.

Don’t hold your breath for the new Buick as it isn’t expected to be launched until late next year or possibly in early 2012. The good news is that Buick is also planning a compact crossover model, which will also be built at the Orion plant and share its platform with the upcoming 2012 Chevrolet Aveo.

For more details on the 2012 Buick Verano, check out our previous story by clicking here.