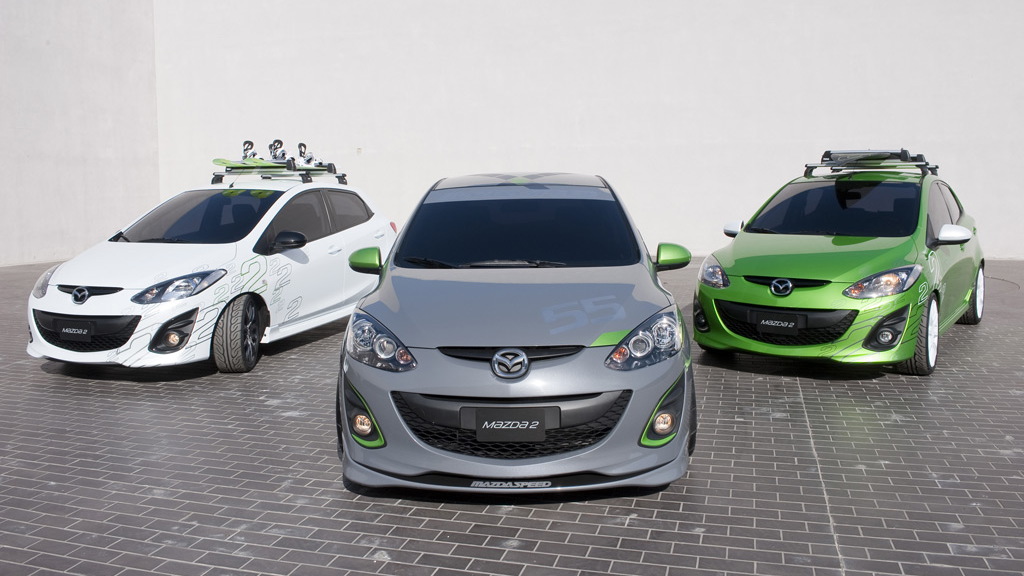 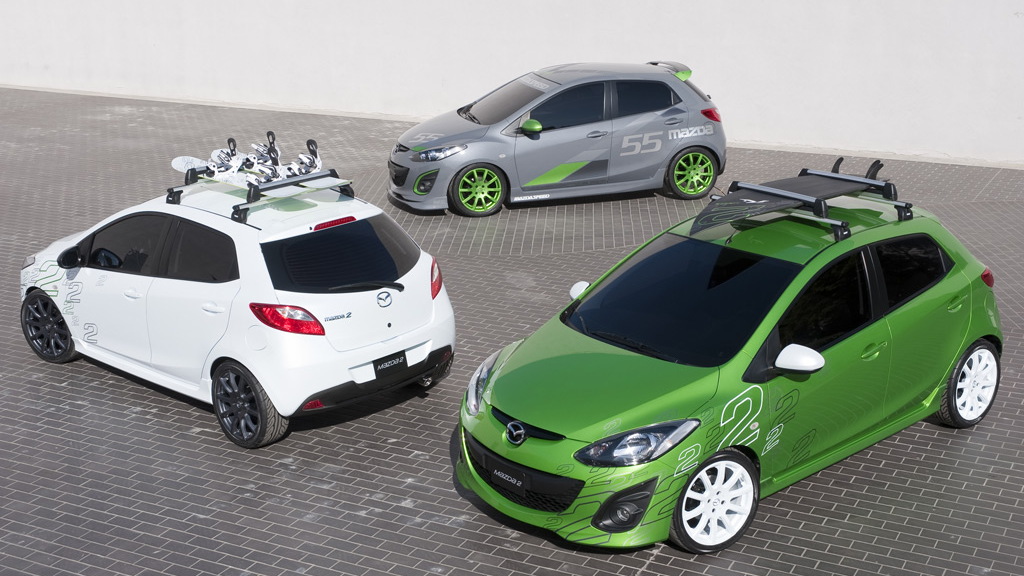 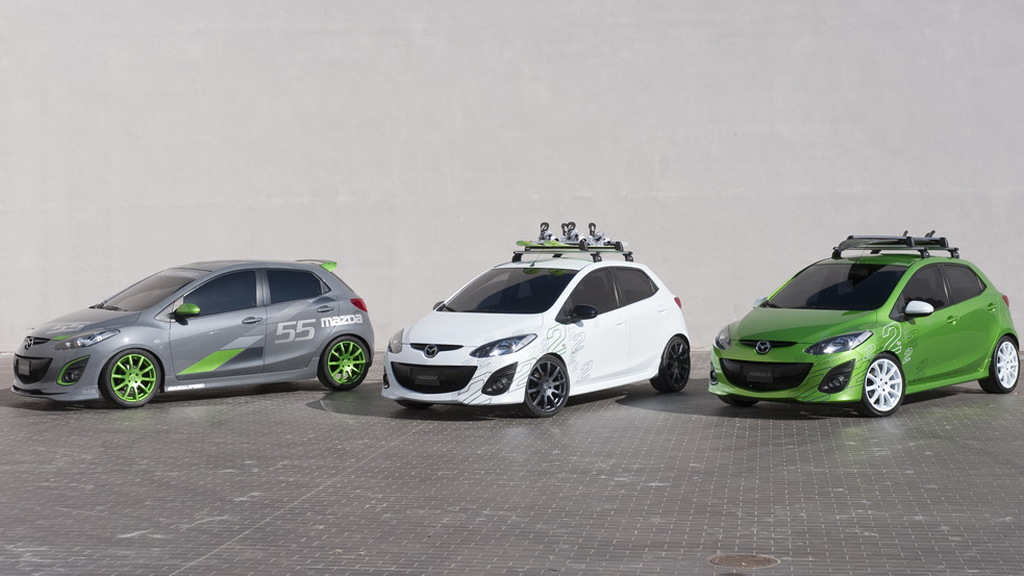 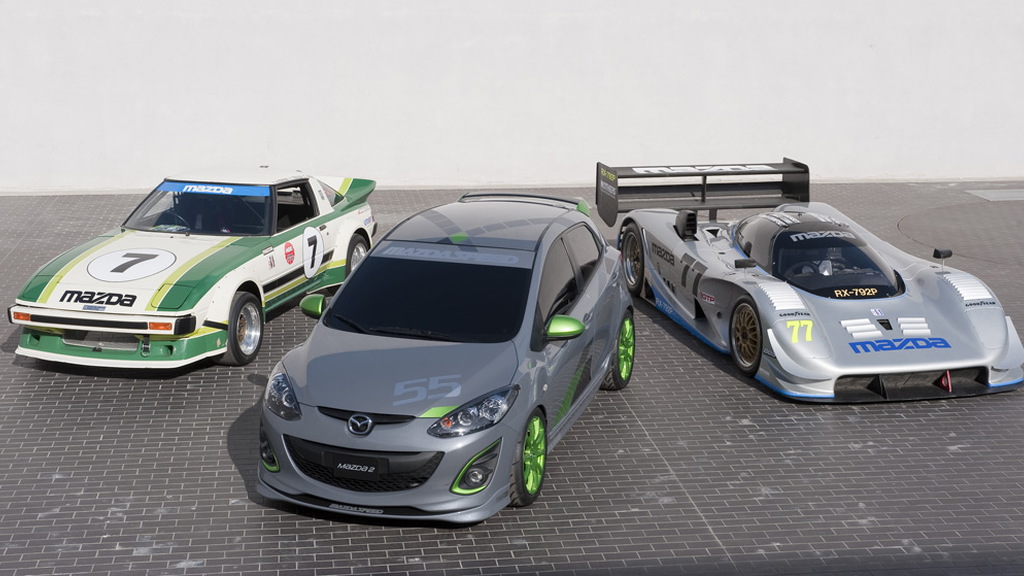 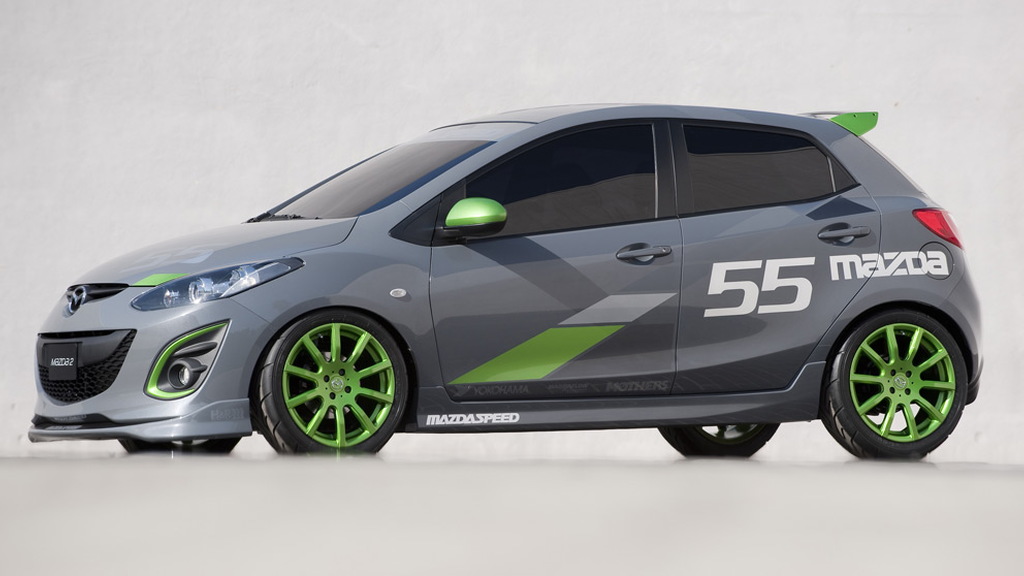 As the media days at this year’s Los Angeles Auto Show draw to a close, Mazda has used the opportunity to roll out a trio of new concept cars based on the new 2011 Mazda2 hatchback.

All three concept cars feature a definite sporty theme, possibly hinting at the design for a new Mazdaspeed2.

The first of these is the grey-colored Mazda 2Evil Concept. This concept is inspired by the weekend track car but one that can function equally well as an urban commuter. The body has been modified to show a more aggressive front spoiler and a deeper side rocker for improved aerodynamics and lower overall stance.