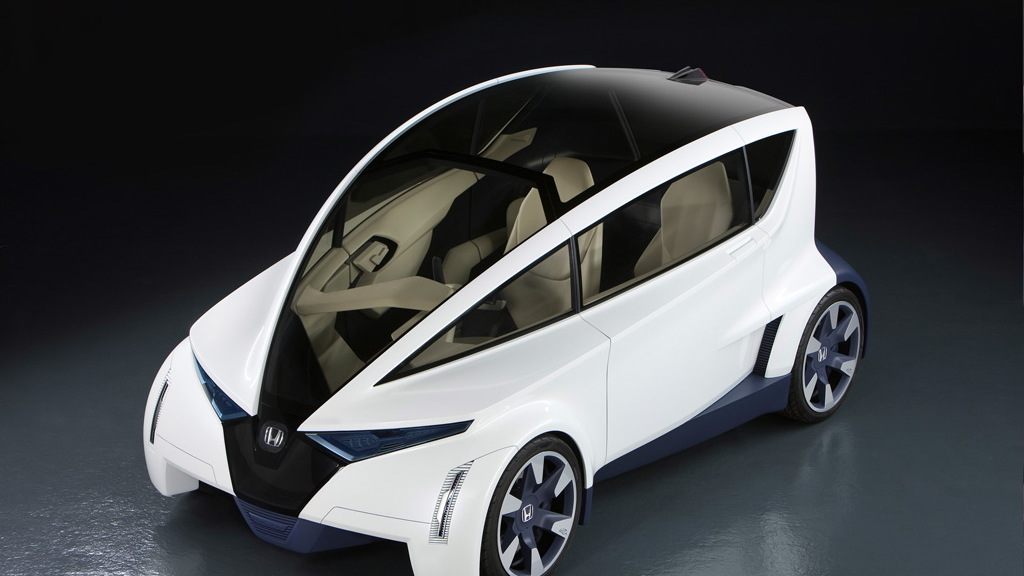 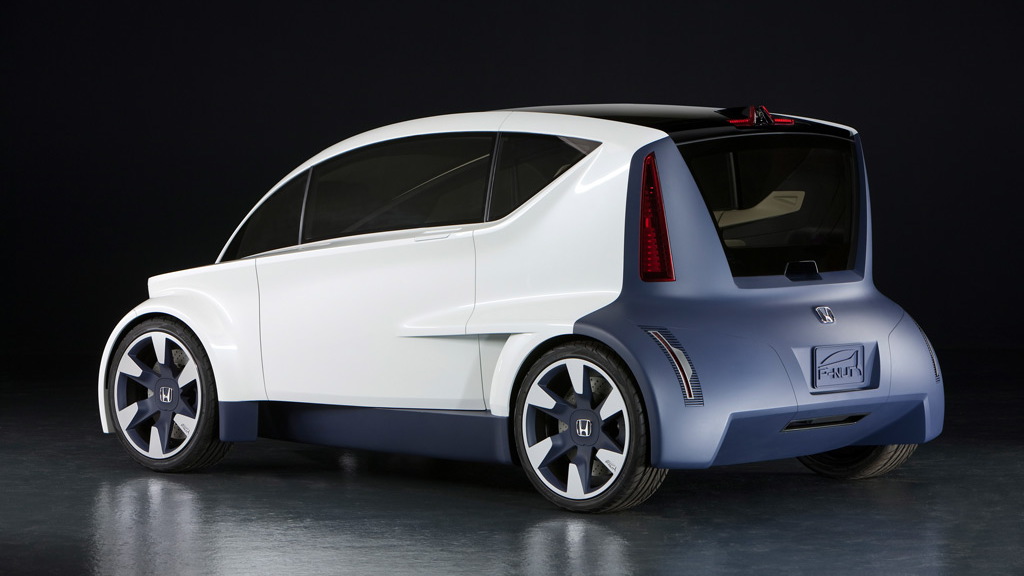 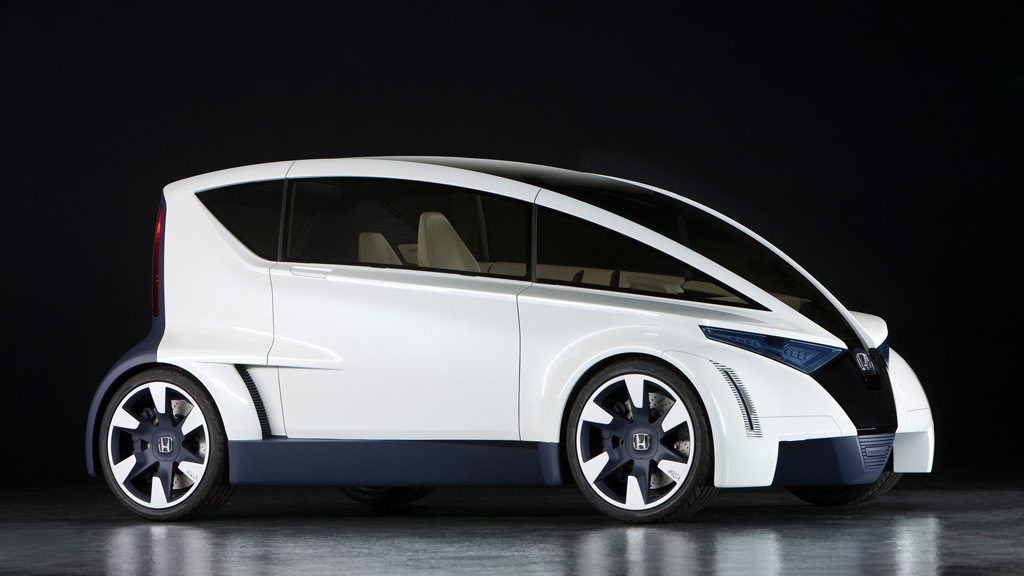 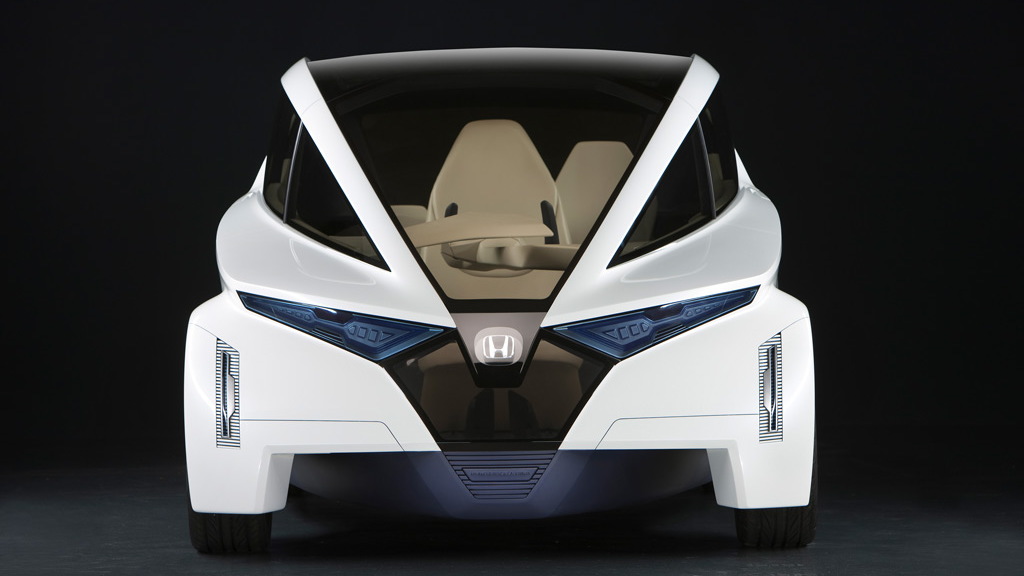 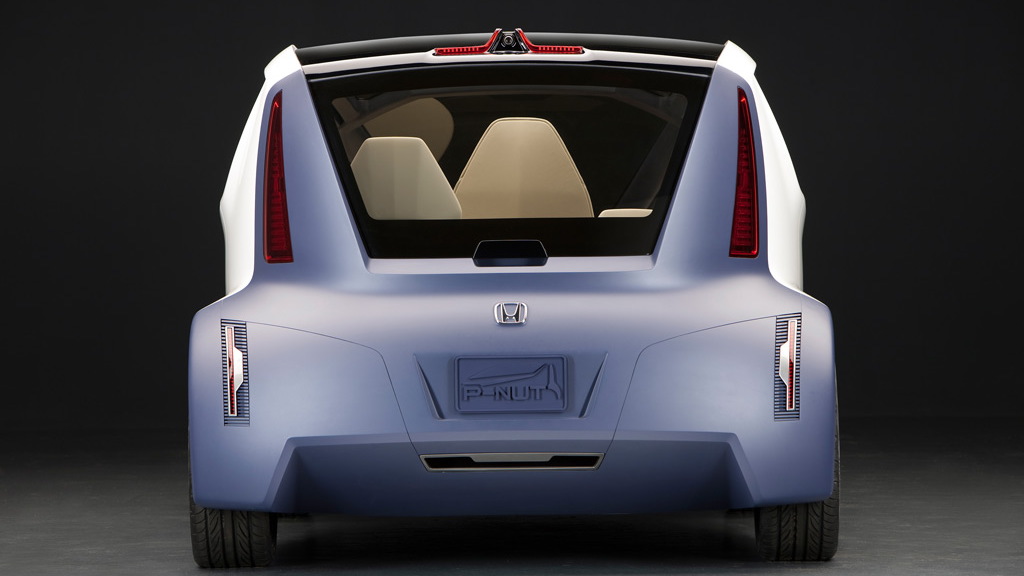 The future is a common theme at most auto shows, and the future most automakers have seen lately is a highly compact, enviro-friendly urban environment. To remain relevant in such a market, cars will have to shrink, adapt and go very high-tech, at least if the concepts are to be believed. Honda's latest, the Personal-Neo Urban Transport--yes, P-NUT--offers a new look at that theme.

Making its debut today at the 2009 Los Angeles Auto Show, the P-NUT demonstrates a futuristic concept for an ultra-compact and sophisticated city coupe. Conceived around a small footprint for maximum convenience in tight urban settings, the packaging concept integrates a center driving position configuration and a rear powertrain layout.

The layout of the interior space, with its center driving position flanked by two rear seats, provides generous legroom for all occupants, roughly the equivalent of a mid-sized sedan in a vehicle that has an exterior footprint similar to a minicar. The windshield serves as a heads-up display for the navigation system and the back-up camera.

The modular rear engine bay, depicted on the exterior by blue composite material, is designed to accommodate a wide variety of potential propulsion technologies including a conventional small displacement internal combustion engine, a hybrid gasoline-electric powertrain, or a battery-electric powertrain.

Sadly, Honda has not hinted at any production possibility for the P-NUT, describing it simply as a way to explore the potential for a new type of small-segment-category vehicle that overcomes many of the objections for existing minicar designs.