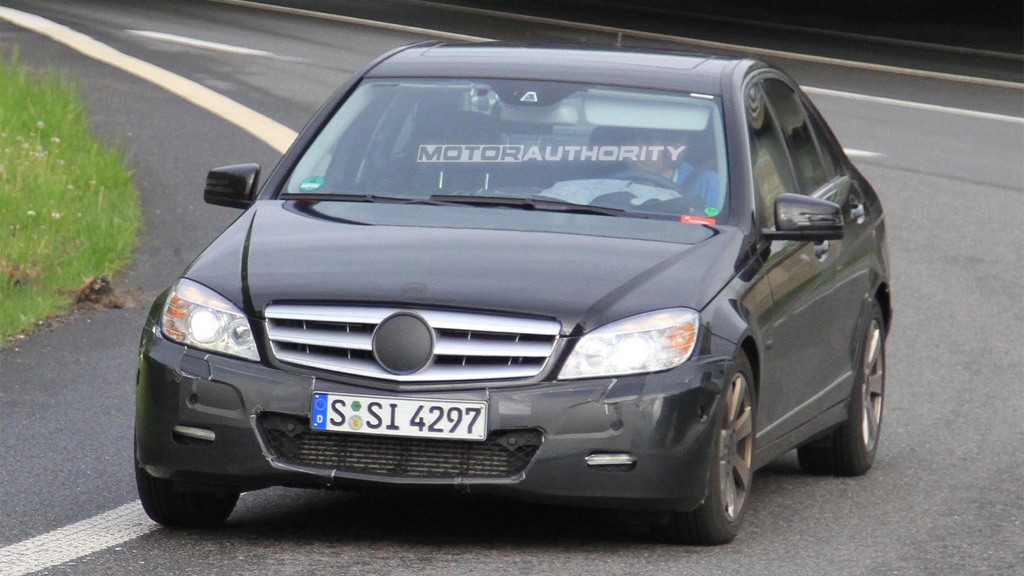 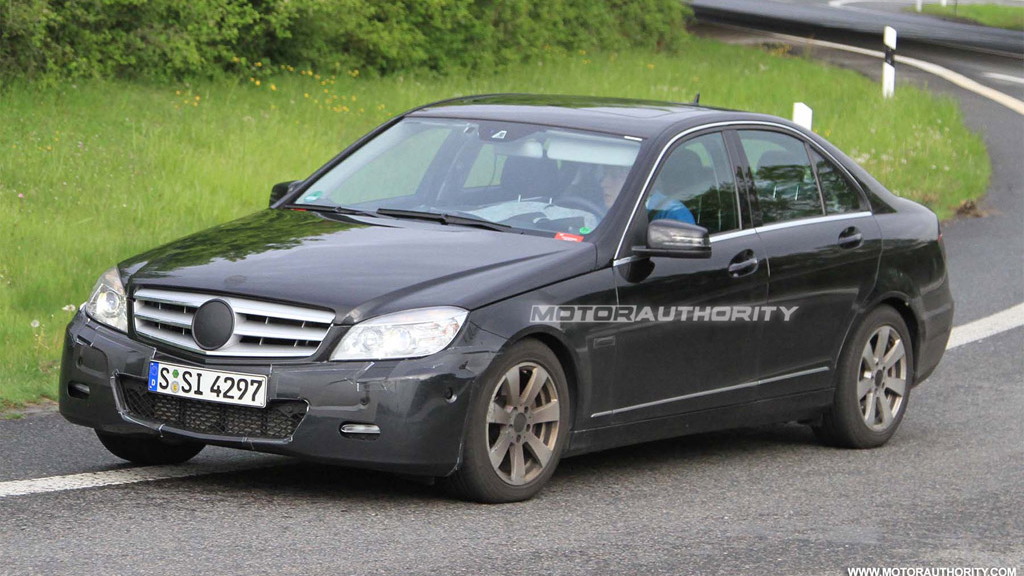 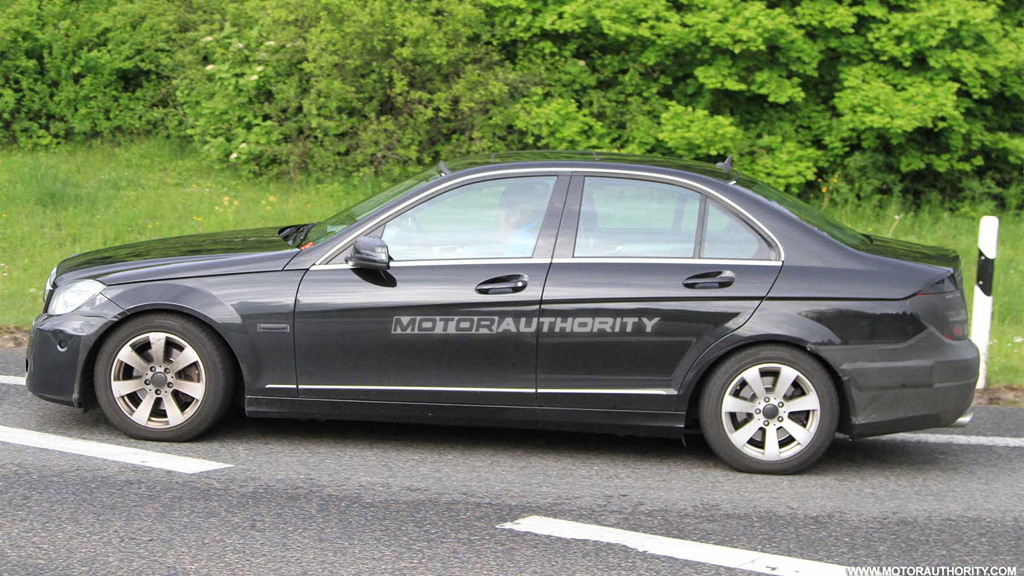 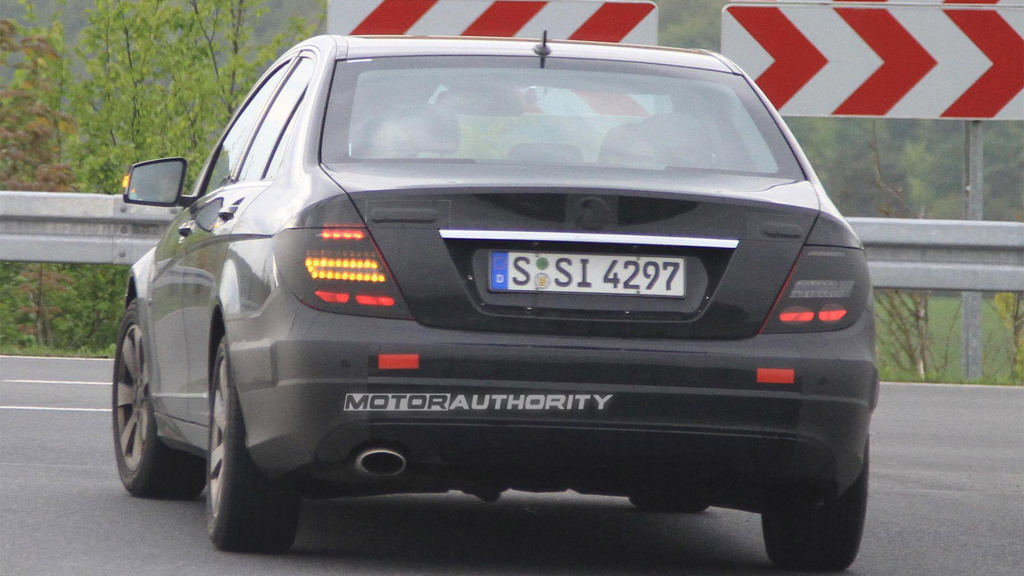 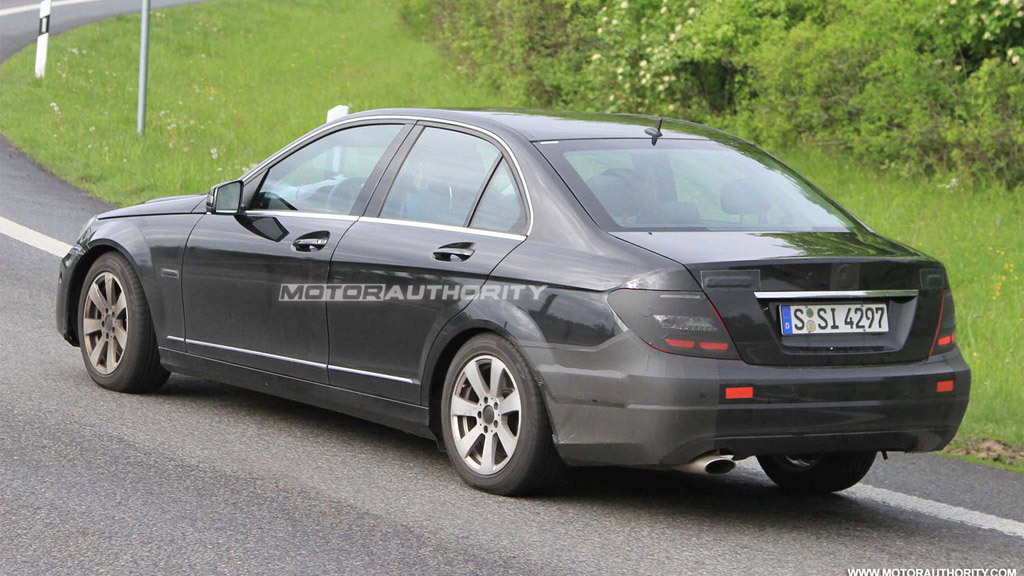 The latest generation W204 Mercedes-Benz C-Class has been on sale since 2007 and is now due for its mid-cycle facelift. As these latest spy shots reveal, Mercedes-Benz designers won’t be mucking around with the stylish look of the current model, instead choosing to focus on only minor changes such as new bumper and wheel designs, and a slight revision of the tail-lamps as well--we can clearly see the new shape and LED accents for the indicators in these spy shots.

Besides the styling changes to the exterior, there will almost certainly be some updates to the interior and a number of mechanical changes. The latter will likely include modifications intended to improve the efficiency of the C-Class and boost the automaker's fleet wide fuel economy and emissions averages.

Some of the changes will likely include the addition of new Blutec diesel powertrains and engine stop-start systems, as well as more direct-injected and turbocharged models. Expected to see the introduction of the automaker's latest generation of fuel efficient engines.

Like previous updates, the new changes will be incorporated across the C-Class range but there may also be a major shift in the lineup--the addition of a new C-Class Coupe to replace the current CLC model.

As for the Estate wagon, Mercedes-Benz spokespeople have confirmed to TheCarConnection.com that there are no plans to bring this particular model to the U.S. although we will still get the bigger 2011 E-Class Estate. Mercedes-Benz brought the previous C-Class Estate to the U.S. from 2002 through 2005, but it was a slow-seller and the current version never made it.

Expect to see the facelifted 2011 Mercedes-Benz C-Class arrive in showrooms by the end of the year, following a likely debut at the 2010 Paris Auto Show.