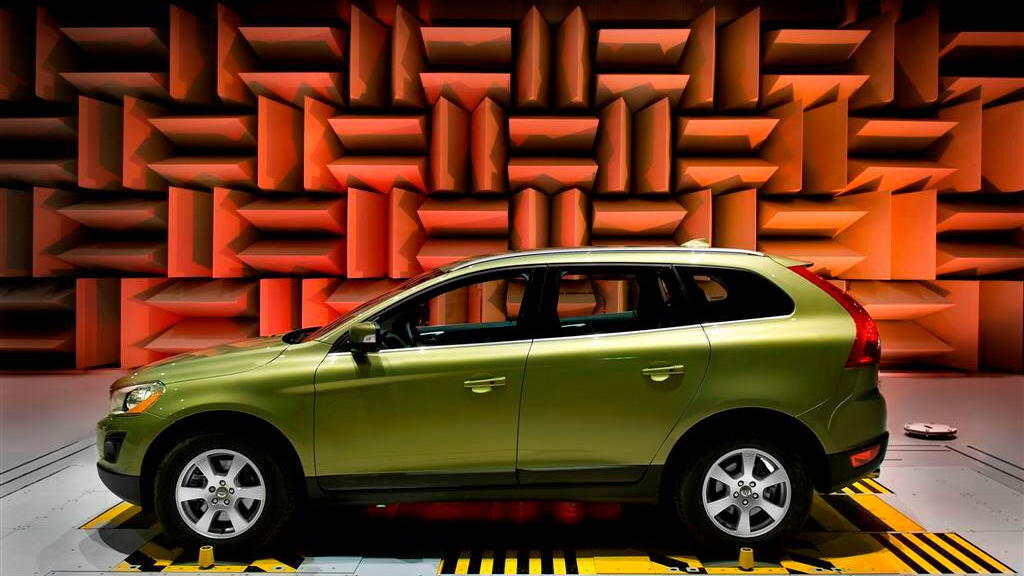 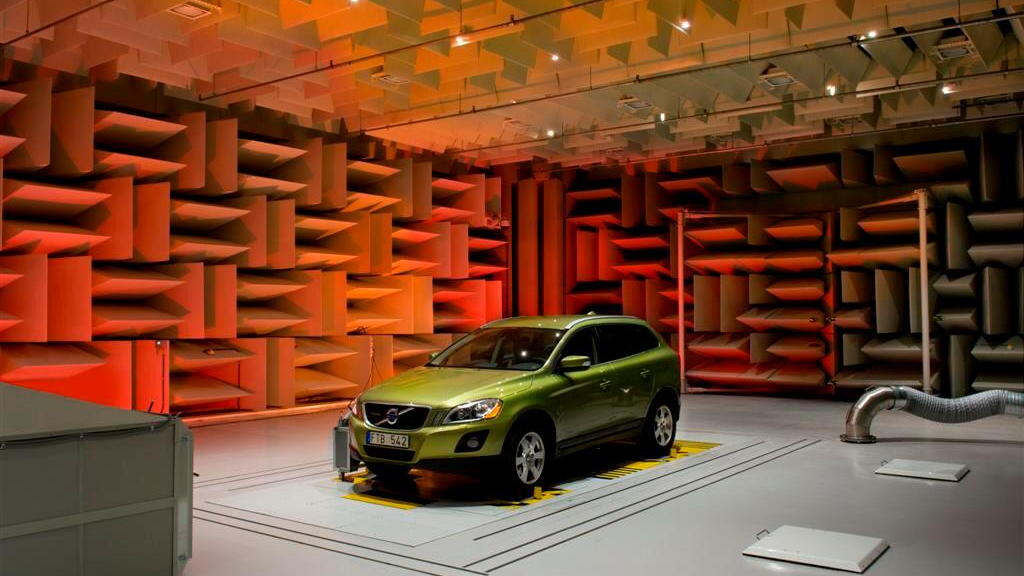 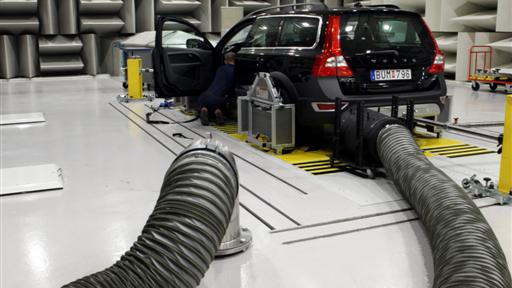 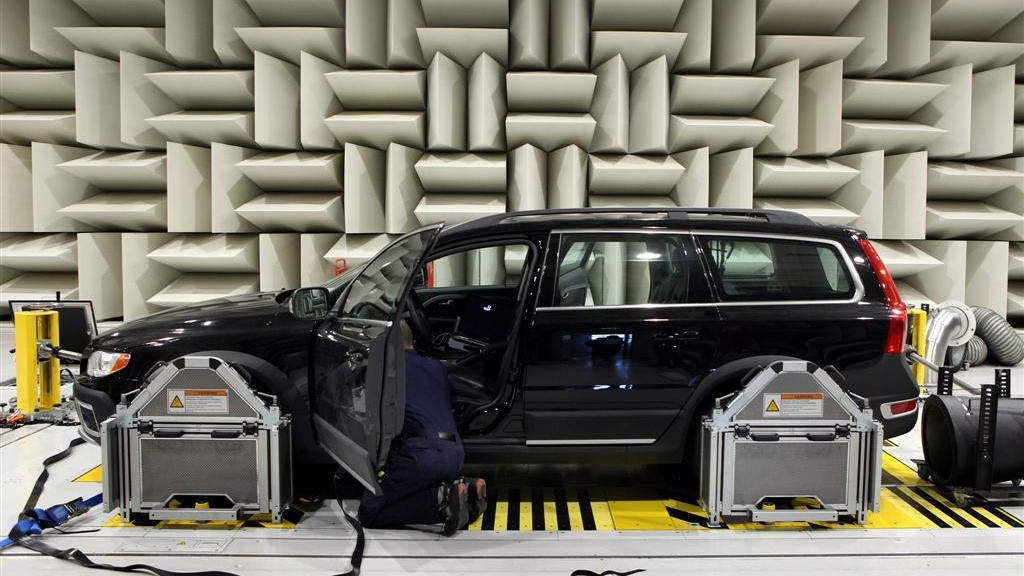 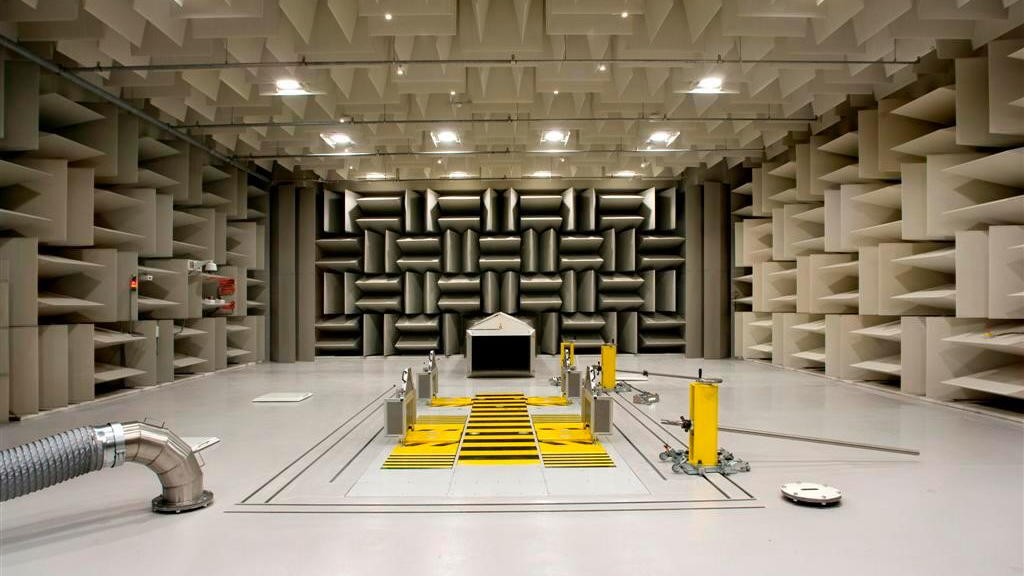 As the modern automobile gets more and more advanced, engineers are increasingly paying attention to aspects of design traditionally left to, if not chance, then at least circumstance. One of those areas is the character of the sound of an engine.

Exhaust notes have been prized and prided since the inception of the combustion engine, to be sure, but as noise, vibration and harshness (NVH) are continually minimized, simply turning out a good-sounding engine isn't all there is to it. Now engines must sound good while also running smoothly and quietly--often countervailing goals.

Volvo wants to take it a step farther, making engines that sound "impressive," offering a "unique Scandinavian sound." Sound like a tall order? It is. So tall it requires its own acoustic design lab.

The new lab is located in the heart of Volvo's production complex in Torslanda, Sweden. It's made of a network of sound-absorbing protrusions embedded in the walls and ceiling, yet the hard floor offers a realistic representation of a typical asphalt or concrete road surface.

"With our new test chamber we can test four-wheel drive cars in an entirely different environment than we could previously," says Eva Lahti, acoustic engineer at Volvo.

In fact, the new facility allows for testing of acoustics and vibration of engines rated at up to 402 horsepower and while running two- or four-wheel drive vehicles on a rolling road at speeds from 55-155 mph.

So what exactly does a Scandinavian engine sound like? Or, what makes it sound "Scandinavian"?

"Here in Sweden and Scandinavia we have large, quiet spaces. The acoustic environment is open and free, not densely packed. And that's how our customers expect a Volvo to sound," says Lahti.

Volvo divides a car's sound into three main areas: sounds that irritate, sounds that inform, and sounds that impress. Minimizing the former, balancing the second and maxmimizing the third are the objectives. These criteria apply to more than just engines, as well: interior squeaks and rattles, the sound of a door shutting or the click of a console button are all part of the equation.

The engine's treatment of each of the three categories of sound is of special importance, however.

Lahti explains engine sounds that inform: "If I cruise at a steady speed, the engine should produce a pleasant, relaxing note. But if I accelerate from low speed under full throttle, the difference should be heard in the sound the engine produces. It should give me feedback to verify what I am doing so I do not lose my intuitive link with the car."

So far, Volvo is most pleased with the "impressive" sound of its V-8 engine developed for the XC90.

But some of the history of Volvo's five-cylinder engines is also part of the characteristic sound the company's engineers are working to capture. For instance, the sound of the Volvo 850 is one of Volvo NVH Center manager Johan Stenson's favorites.

"That was a lovely, throaty gurgle - like rock & roll at its best!" he says.

Volvo itself is the subject this week of new speculation on possible buyers for the brand, and Ford looks to offload the division and Sweden works to keep the company within its borders. For the latest on the situation, check out our report of a new U.S. consortium tossing its hat into the ring.