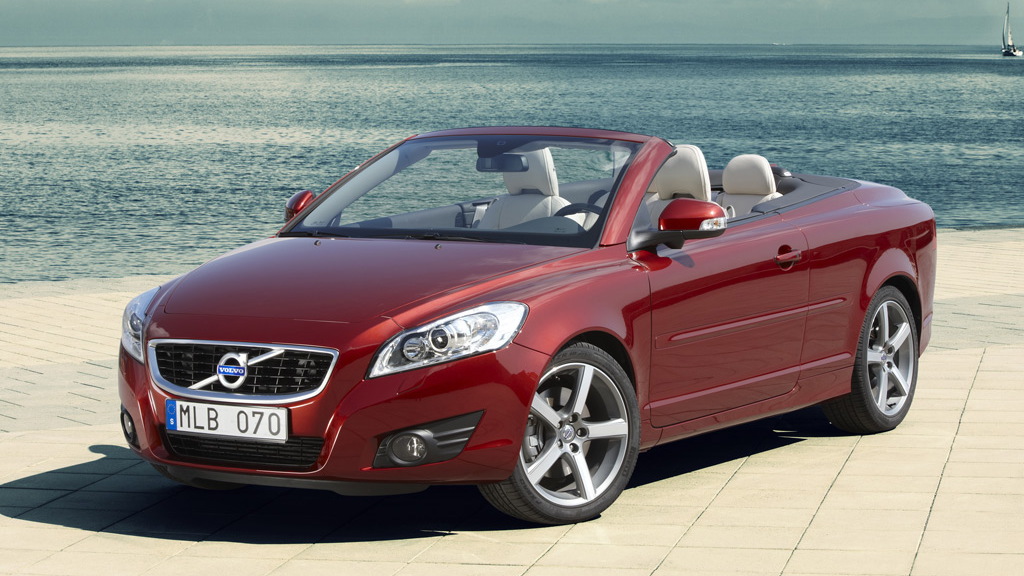 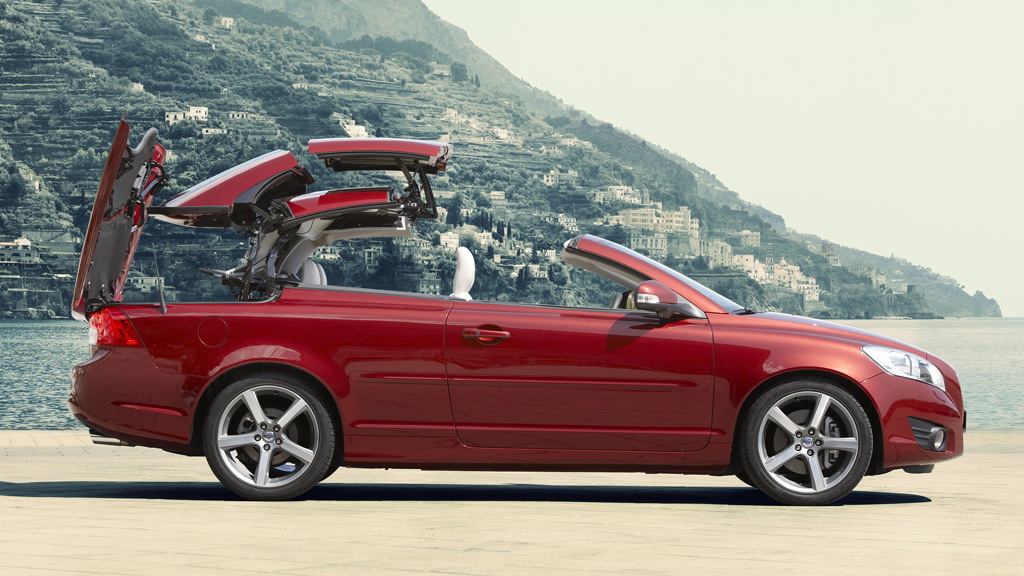 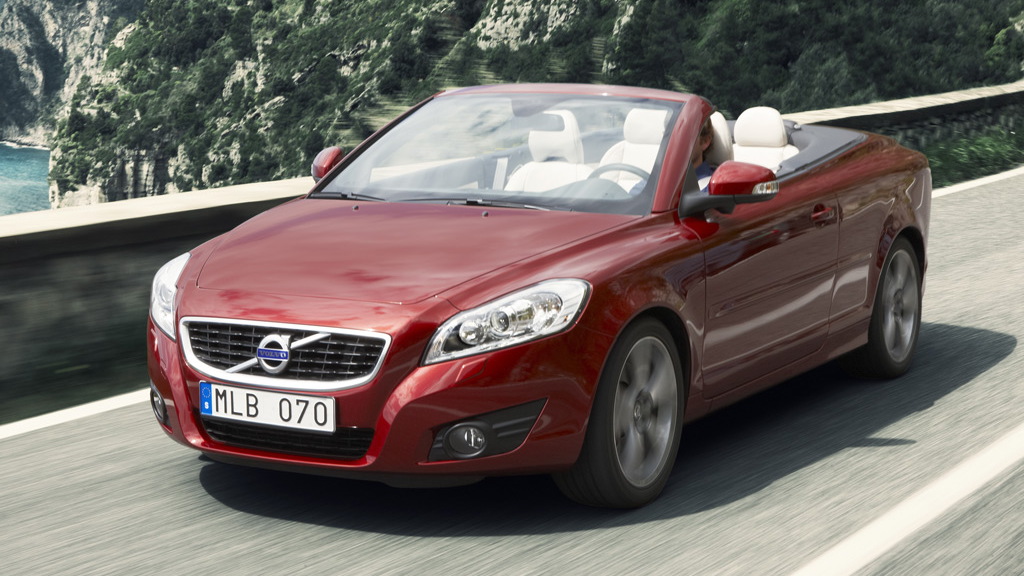 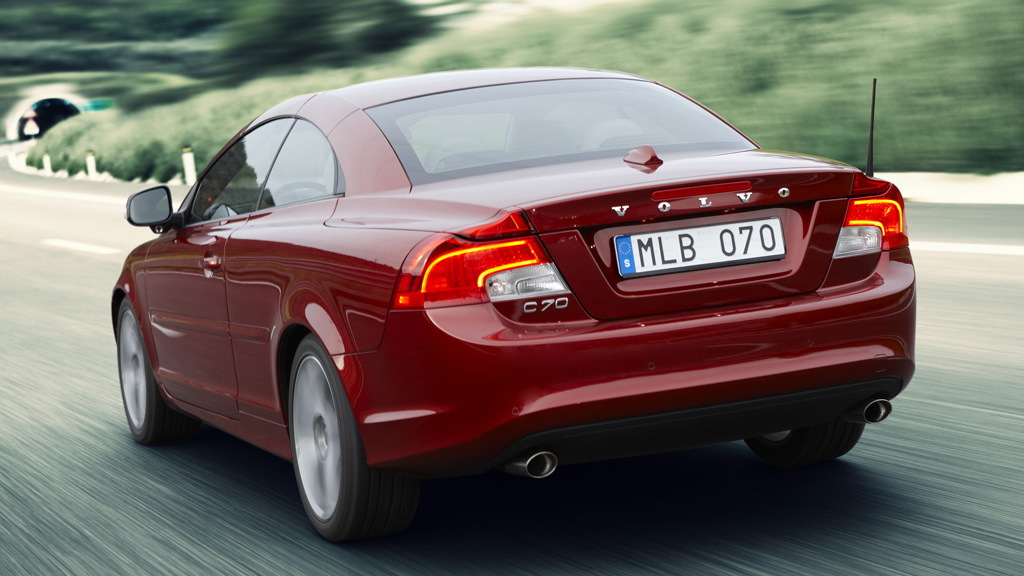 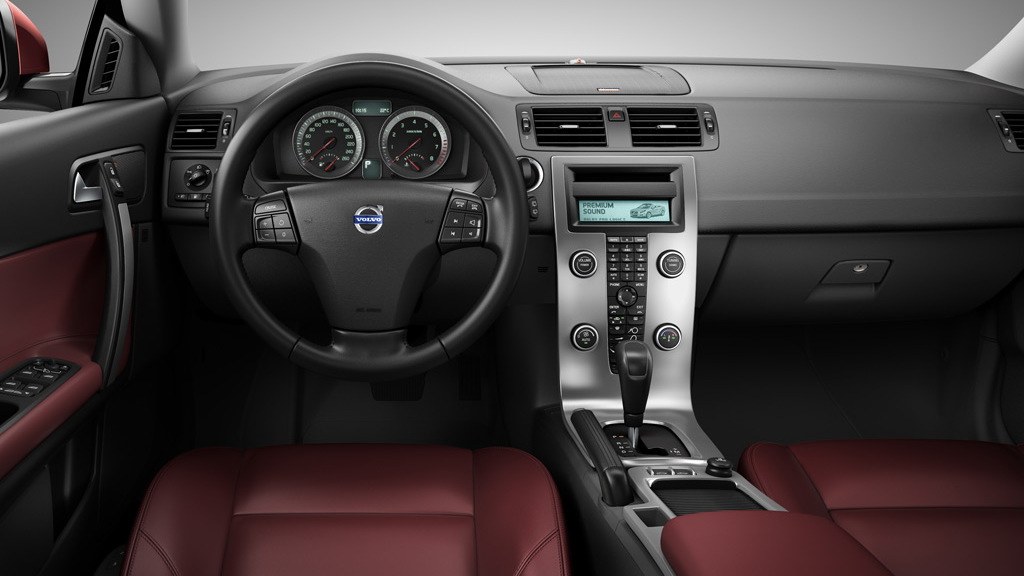 Volvo has released images of its facelifted 2010 C70 Convertible ahead of its official world debut at the Frankfurt Auto Show later this month. Equipped with the same three-piece steel roof, practical seating for four adults and Volvo’s renowned reputation for safety, the facelifted C70 features a revised front and rear design, along with an updated interior.

With its new front, the C70 reveals traces of the 2009 S60 Concept Car that was unveiled at the Detroit Auto Show earlier this year, bringing the svelte convertible in line with Volvo's new design language.

Bodywork details such as the front wings have also been redesigned, while the nose is more wedge-shaped and has been given added three-dimensional depth by moving some elements of the front. The new headlamps and the detailing around the foglamps, for instance, have been angled offset up and to the rear, at the same time as the detailing of the lower grille has been enhanced. A new ‘Flamenco Red Pearl’ paint scheme has also been added to the range.

Inside, the instrument panel has been redesigned, giving it a wider, sleeker look and the surface of the panel has a new texture that enhances the feeling of quality.

Safety features include an advanced body structure and several solutions that are unique in the world of convertibles. The lack of a fixed roof has been compensated by structural reinforcements and sophisticated technology.

The C70 has sturdy metal hoops that shoot up behind the rear seat passengers to create added protective space should the car roll over. These hoops, which are part of Volvo's Rollover Protection System (ROPS), are activated by a gyro-sensor. Since the Volvo C70 has a proper glass rear window, the hoops shoot up through the glass if the roof is up. They have therefore been fitted with small hardened metal spikes that break the glass to guarantee proper protective function.

Pricing and specifications should be revealed closer to the car’s sales launch, which is expected to take place in the U.S. early next year.