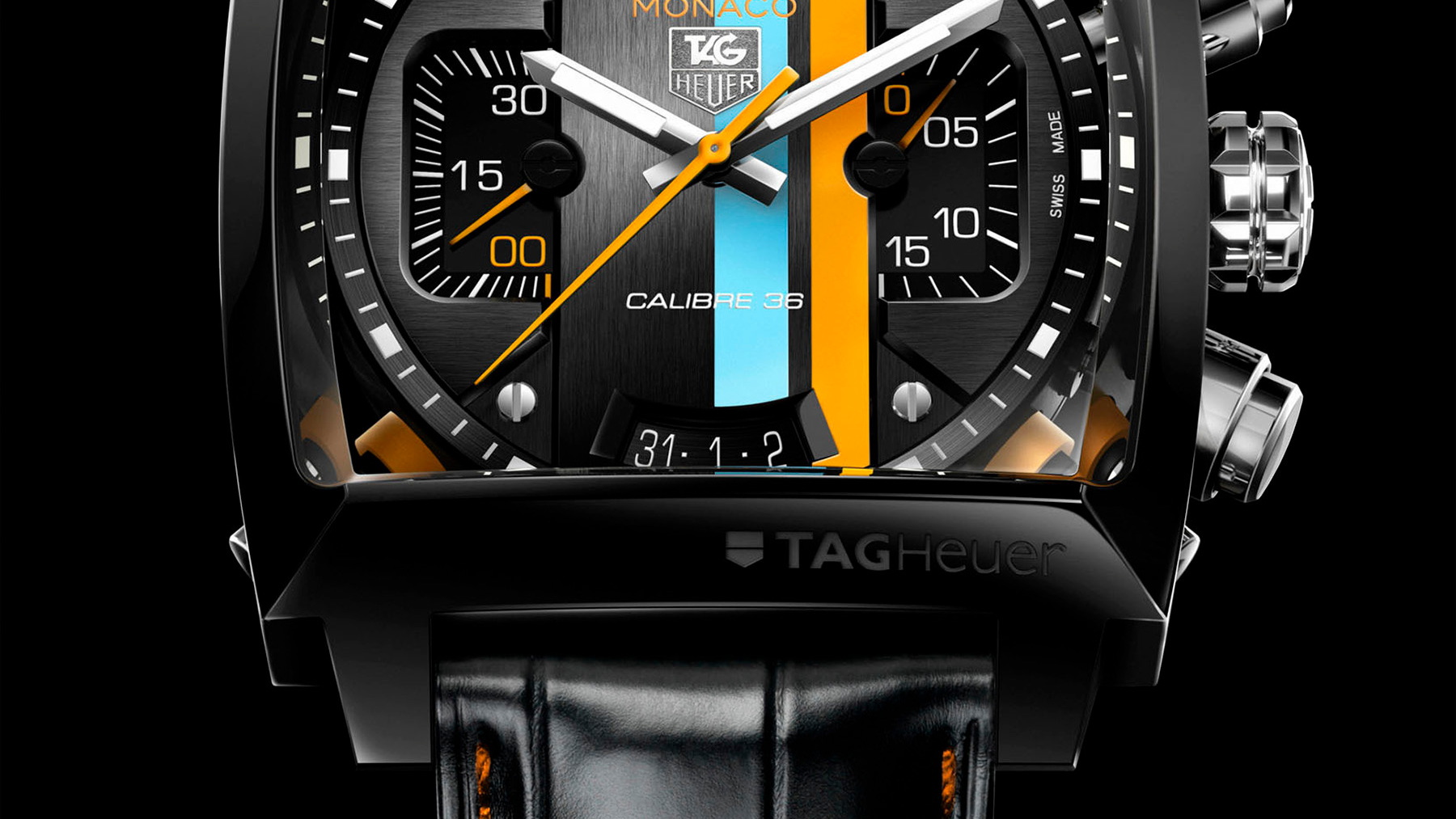 2
photos
The 24 Hours of Le Mans is one of the most arduous car races in the world, which is why it’s also one of the most heralded and talked about automotive events in history. Hosted every second week of June, the 86-year-old race is now being celebrated by Tag Heuer with the release of a new special edition Monaco chronograph wristwatch.

The full title of the watch is the Monaco Twenty Four Concept Chronograph and it’s the latest iteration of the Monaco chronograph series, which dates back to 1969. Prior to the Monaco's launch, watchmakers had been unable to create water-resistant square or barrel-type cases, forcing them to produce only circular dials.

TAG Heuer's water-proofing system allowed for a break from the standard, rounded case, and the creation of the Monaco's iconic square dial. Additionally, the Monaco boasts a shock protection system invented by TAG Heuer that is the first of its kind. It’s so tough that the watch can withstand an impact of 24,000G, the equivalent of a 65-foot fall.

Unique features of the watch include a black carbon-infused case and an oversized "24" at the 12 o'clock position. Also, the 40.5mm face bears a two-part dial - the upper part features a blue and orange stripe, while the lower part bears two semi sub-counters at 3 and 9 o'clock. Other features include a scratch-resistant sapphire crystal enclosure that is water resistant to 100m and attached to a blue alligator leather strap with orange stitching.