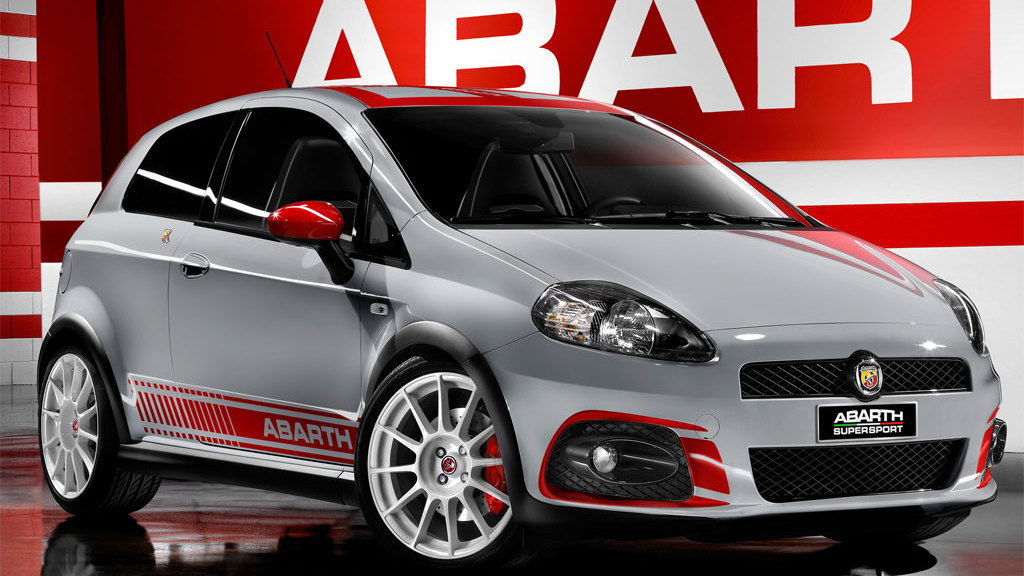 1
photos
Europe's love affair with - and America's envy of - hot hatches knows almost no bounds, with makers from all quadrants throwing out spiced-up versions of just about everything imaginable, from Skodas to Peugeots to Fiats. One of the latest to join the club is an updated version of the Fiat Grande Punto Abarth SS, due to make its debut at the Geneva Motor Show next week.

Higher in the rev-range is where the car will want to play, however, as above 4,000rpm a special exhaust valve opens to reduce backpressure and yield a sportier sound.

Other performance enhancements for the little hatch include cross-drilled brake discs and high-performance pads. The 18x7.5in alloy wheels are wrapped with 215/40 rubber for good grip, while a 20mm lowering kit gives the car a lower roll center and a more aggressive look.

The mean appearance is taken further with a grey paintjob, aggressive aero treatment and red Abarth accents. Inside, the car gets the Blue&Me MAP satellite nav system, plus Magneti Marelli telematics. A custom set of Sabelt Abarth Racing leather seats keep weight down while remaining track-approved.

Price hasn't been revealed yet, but expect it to come next week when the car is shown in full.