';
Fiat will be displaying its Panda Aria concept at next week’s Frankfurt Motor Show, a new vehicle highlighting green technologies the carmaker plans to unroll in its future production cars. The Panda Aria emits just 69g of CO2 per km and runs a 80hp (60kW) turbocharged 0.9L twin-cylinder engine capable of running on either petrol or methane-hydrogen fuel. Further enhancing its green credentials, the Panda Aria also uses recycled materials for both its exterior and cabin and packs Fiat's new fuel-saving ‘Stop&Start’ technology.

The new Stop&Start feature turns the engine off temporarily and starts it again whilst the car is idling, which is said to improve fuel consumption by up to 10% around town. After the engine is shut down, releasing the brake or engaging a gear immediately re-starts it.

The Panda Aria also comes with a telematic system that records motorist’s driving styles, which can then be analyzed on a PC to learn how to make the driving style more eco-friendly. Other fuel saving technologies include low power consumption auxiliary units, lower component weight and low-drag Pirelli tires. None of this changes the fact that the car is ugly as sin. It should look much better in production form. 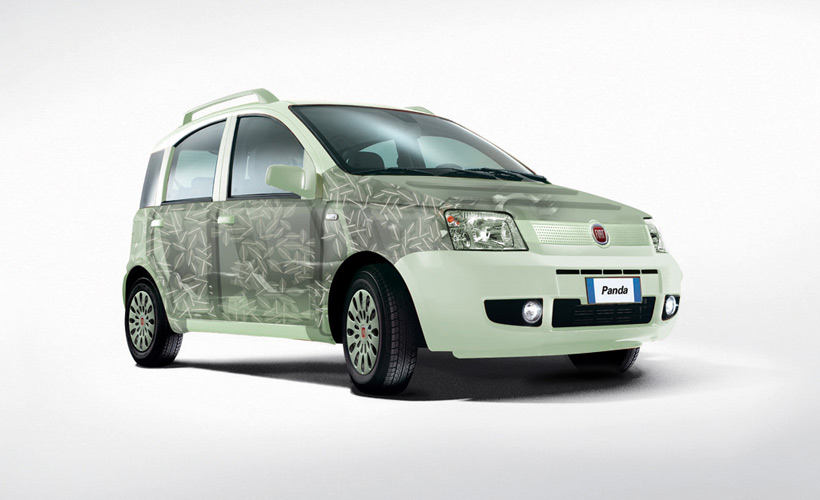 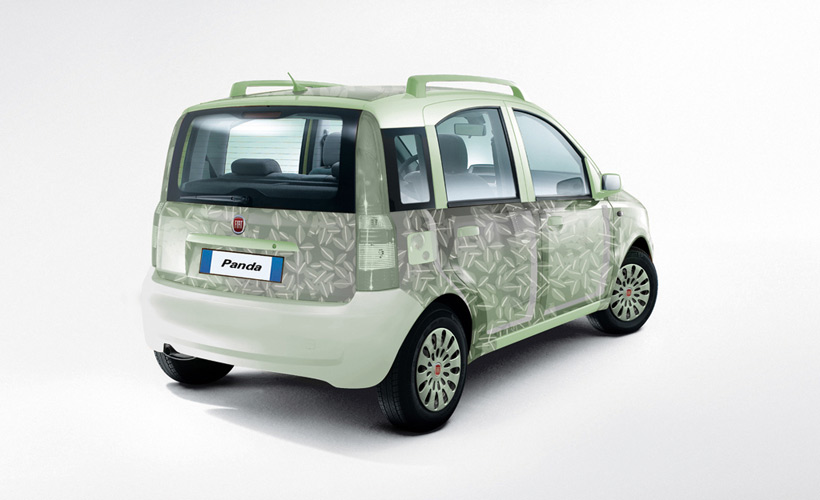