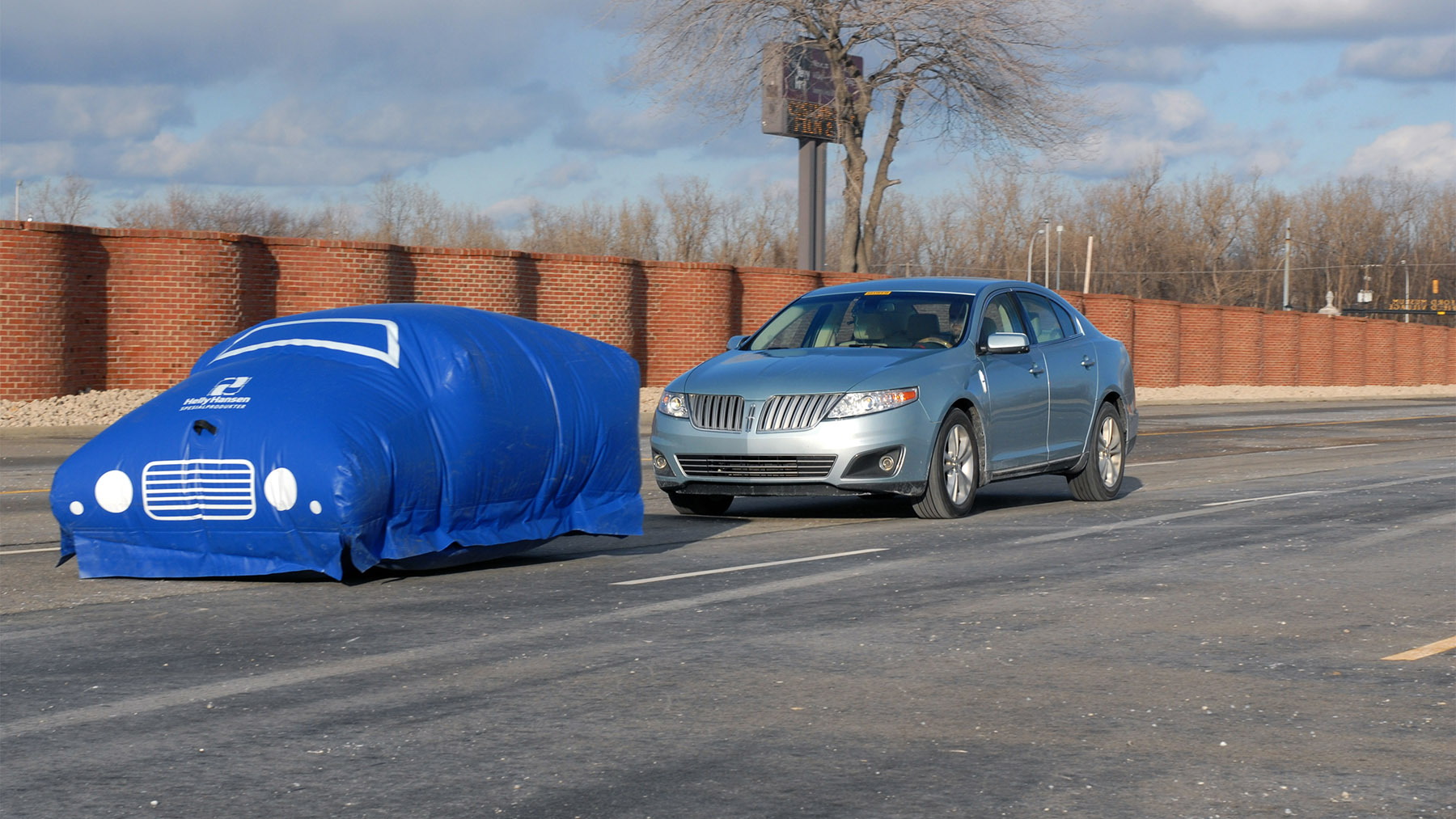 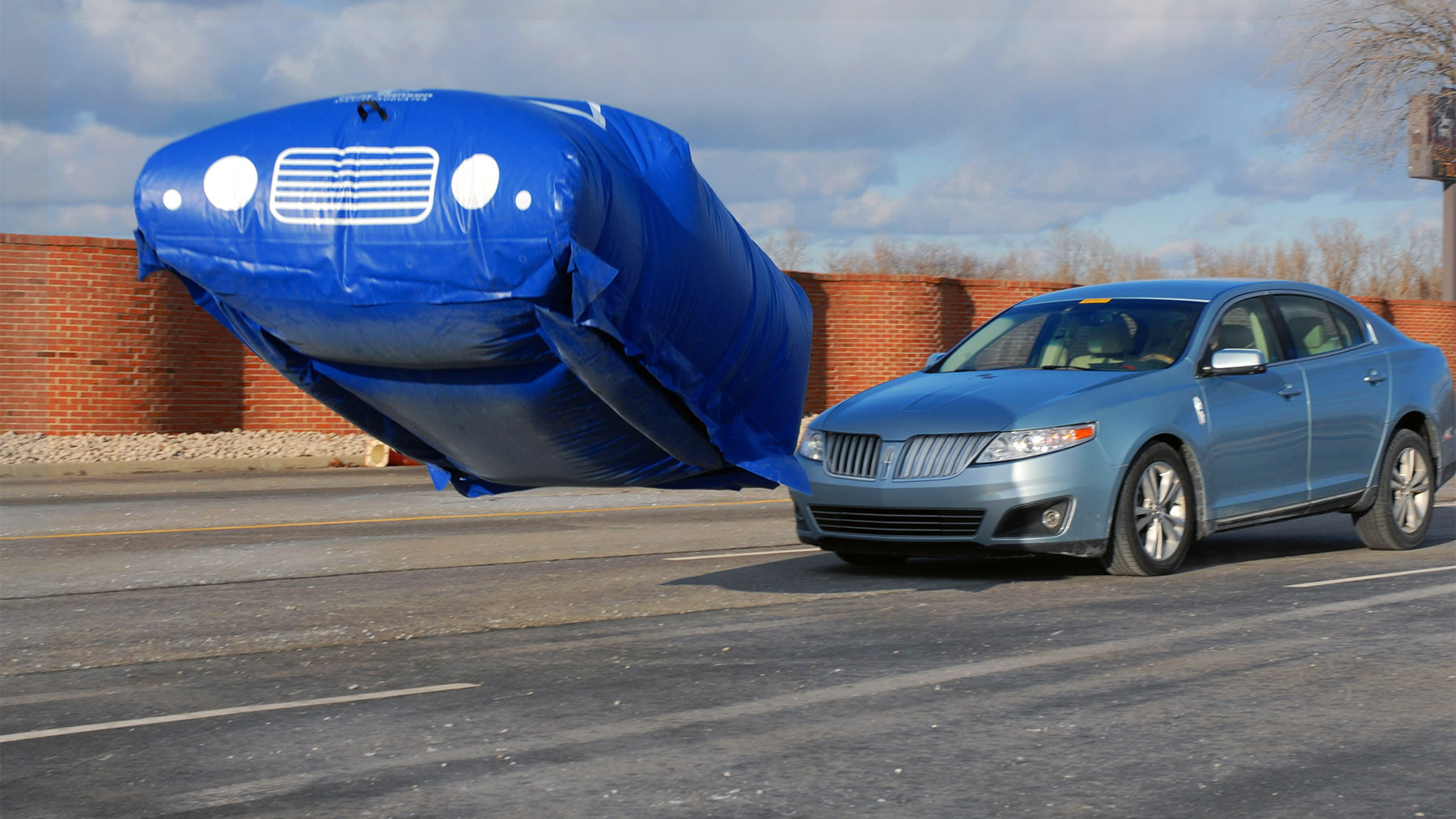 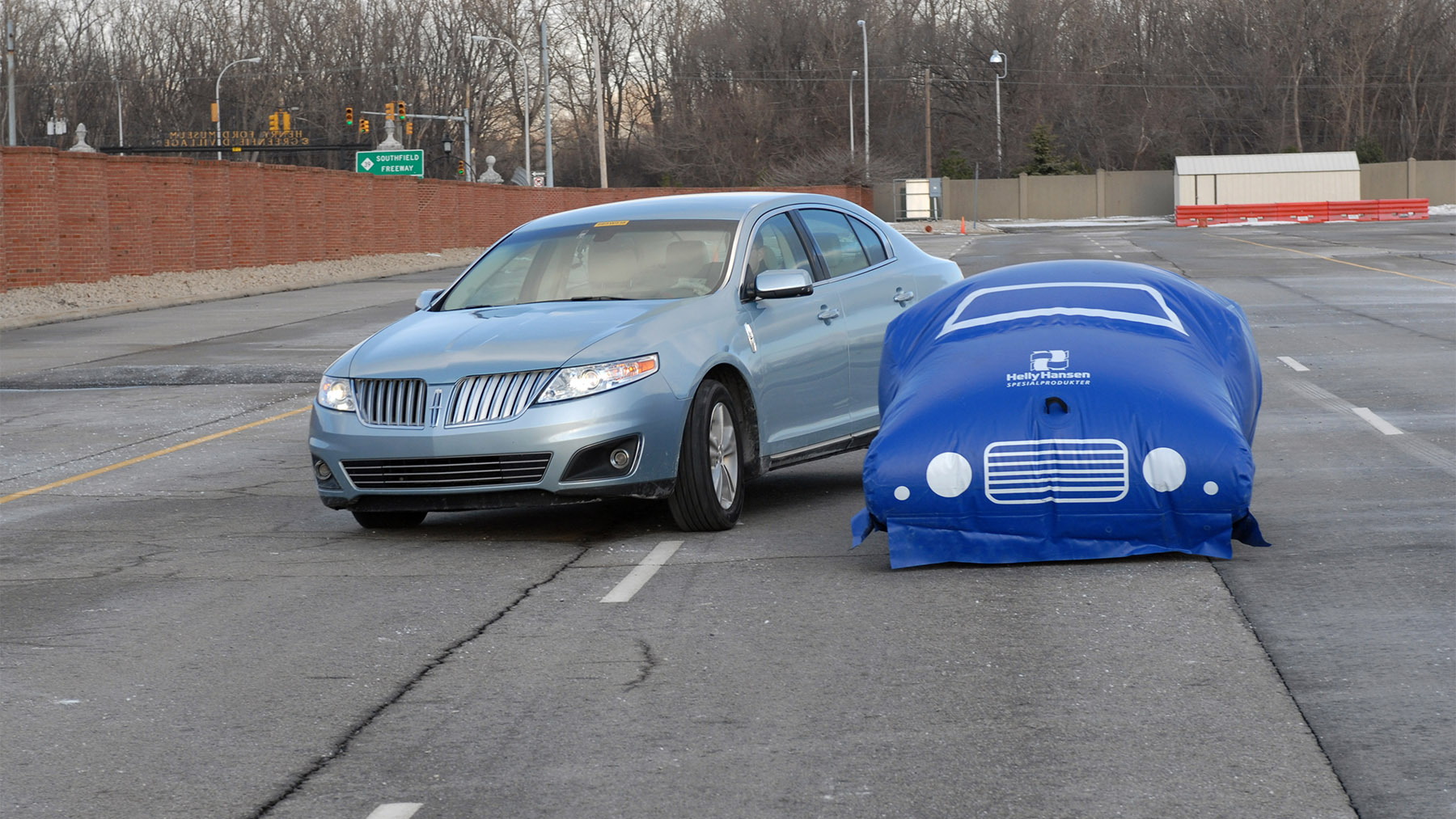 3
photos
Smashing cars into one another is a great thing for testing safety systems, but it's expensive. Since frugality is the new theme in Detroit, cutting out excess crash testing has opened the door to more creative solutions. Enter the balloon car, Ford's $10,000 answer to continued crash testing without the crashed cars.

Even with budgets being cut almost indiscriminately in Detroit, safety testing is still high on the list of requirements. The engineers at Ford's Dearborn Development Center have found a way to keep testing their new Adaptive Cruise Control with Collision Warning with Brake Support technology, found in the 2010 Ford Taurus and Lincoln MKS, without smashing into the back of the test vehicles.

The balloon car, constructed out of a heavy-duty tarp-like material, features a generally car-shaped profile and a special patch of reflective silver paint on the rear. That patch is designed to reflect radar back to the adaptive cruise and collision warning systems in the other test vehicle. While the systems are already in place and working, they are still massaging the finer points of timing the warnings.

“We’re looking at primarily the timing of these mechanisms,” said Jeffrey Laya, supervisor of Core Active Safety Systems. “We’re verifying that the warning occurred within a certain range of time. You design it with a certain warning time in mind, but then you have to go out to the track and prove it out.”

“The shocking experience is when you deliberately distract someone and wait for a warning to go off before they look up and apply the brakes. It is usually surprising how fast the impact comes after being distracted. It’s a real eye-opener,” said test driver and engineer Mike Lopez.

Despite their nearly inexplicable $10,000-per-unit cost, the balloons do save money in the long run by obviating the need to repair or replace cars when collisions do happen. The balloons aren't all smiles and savings, however: Laya and Lopez say they've both spent time chasing errant balloons around wind-blown test tracks.

The Lincoln MKS sedan has been on sale for about a year now - you can read our review of the car here. The 2010 Ford Taurus just made its debut at the 2009 Detroit Auto Show, and you can read more about it here.