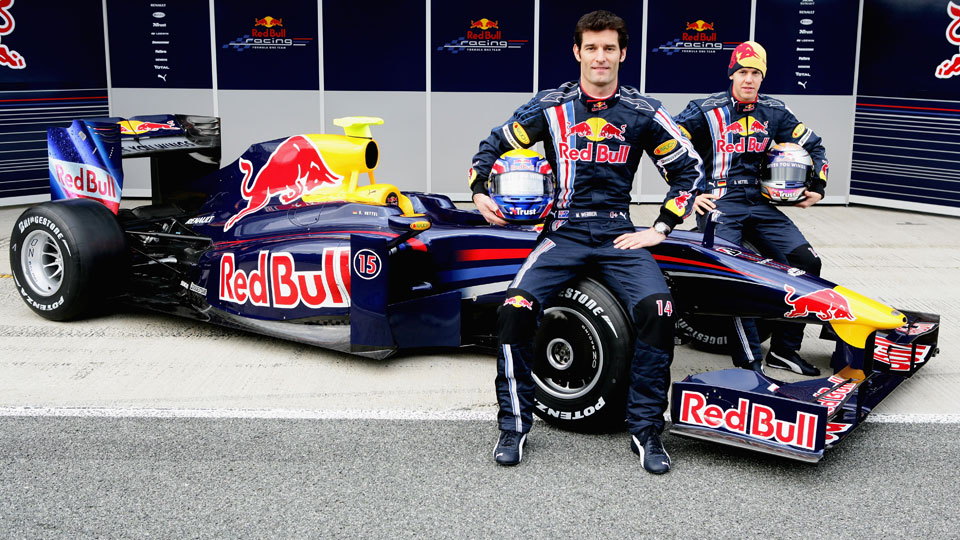 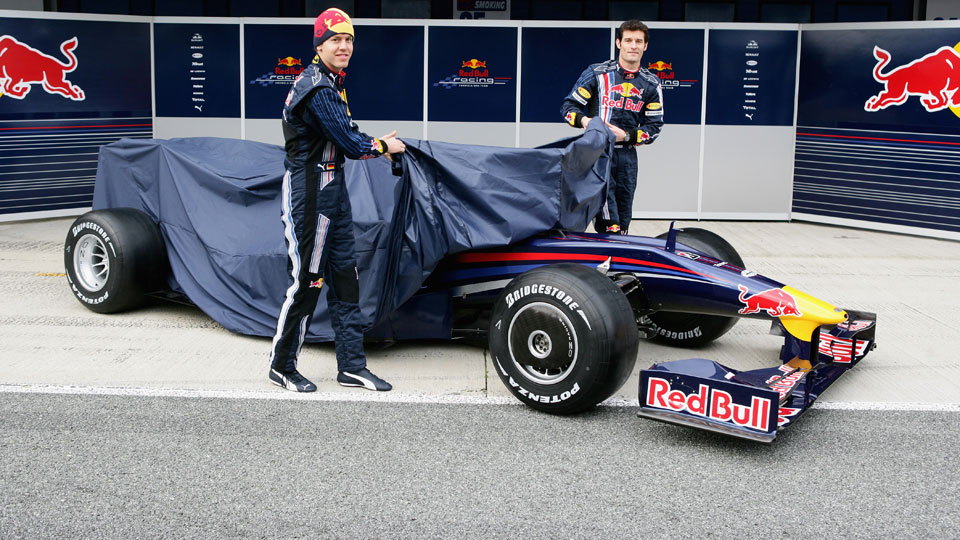 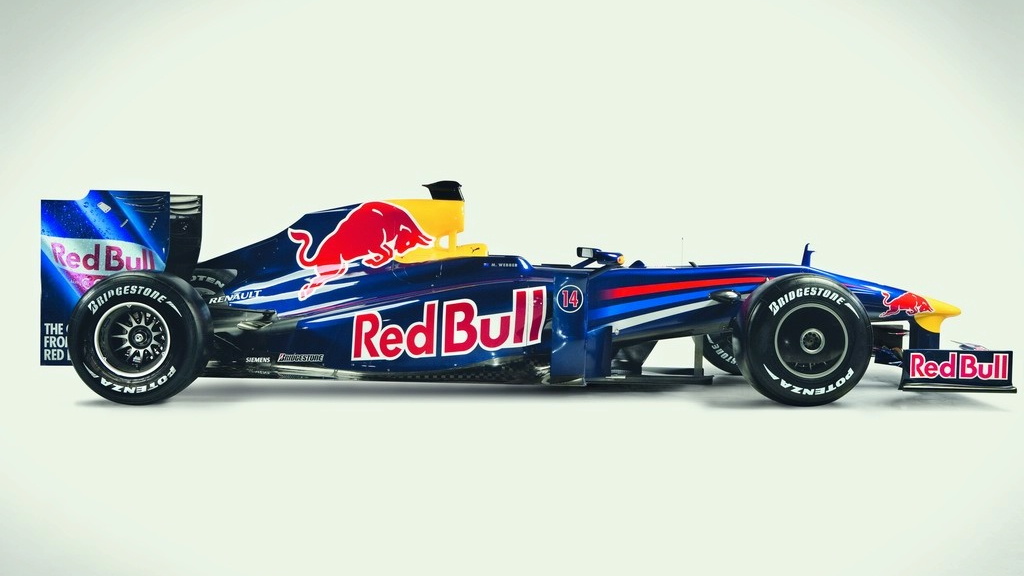 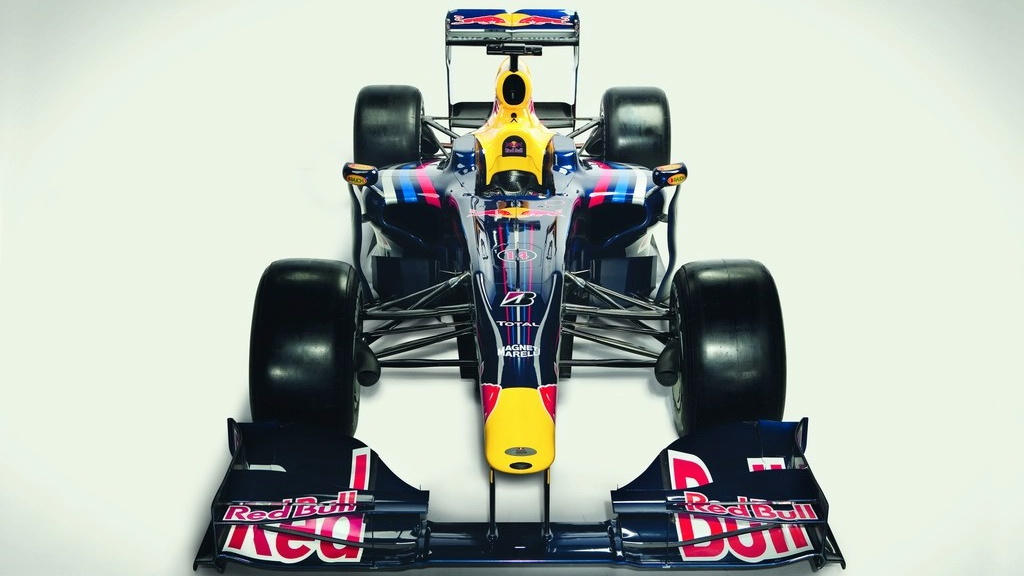 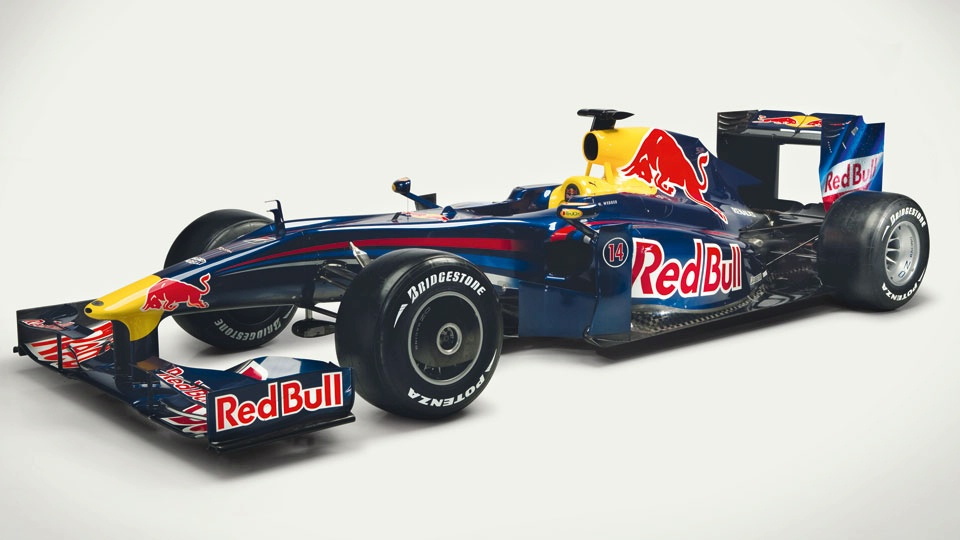 7
photos
Australian Red Bull Formula 1 driver Mark Webber was still limping from a broken leg suffered just after the end of last season, but teammate Sebastian Vettel was hale and hardy for the launch of the 2009 Red Bull RB5 Formula 1 car today in Jerez, Spain.

Powered by the Renault RS27 engine, the car is the work of legendary engineer Adrian Newey, Red Bull's Chief Technical Officer. "It’s a long time since we’ve had such a big rule change so today is so something of a nervous moment, because it provides the opportunity to come up with something different, but there is always the possibility that other teams have thought of something you haven’t," said Newey.

The new racer completed just 14 laps before problems with the gearbox ended the session. The team also showed some reluctance to reveal the rear of the car. Last week's tussle between the Toyota and Williams teams and some of the league's other competitors over the legality of a rear diffuser could have a role to play in it, though the FIA's current stance is that the diffusers are legal.

Note that the rear of the car isn't revealed in any of the official photos either, though the sleeker front-end and shiny slick tires to highlight some of the key rules changes for the 2009 season.

The KERS system has presented its own difficulties as well, though not always in the obvious fashion; weight distribution has become harder to work with as a result of the KERS system's inclusion. "The weight distribution has been a challenge, particularly in dealing with KERS," said Newey. "On the one hand, it’s clear that with the return to slick tyres, you need to get a bit more weight on to the front axle, while on the other hand, KERS is putting more weight on the rear. This means you have very little scope to move ballast around."