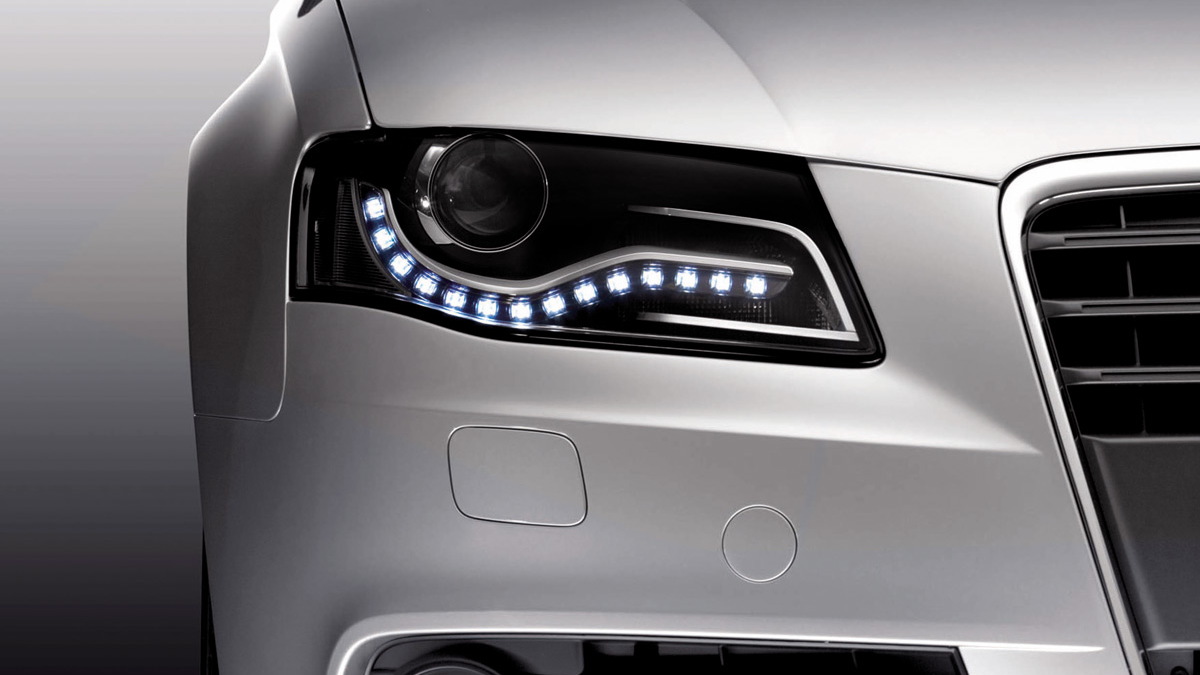 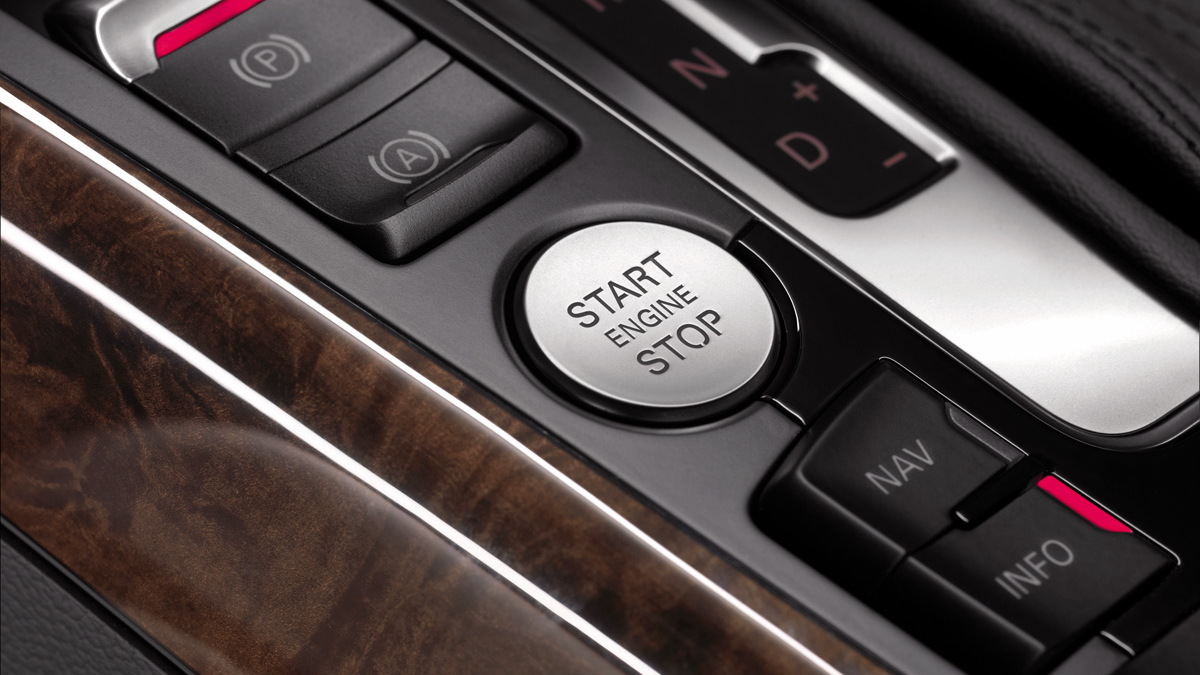 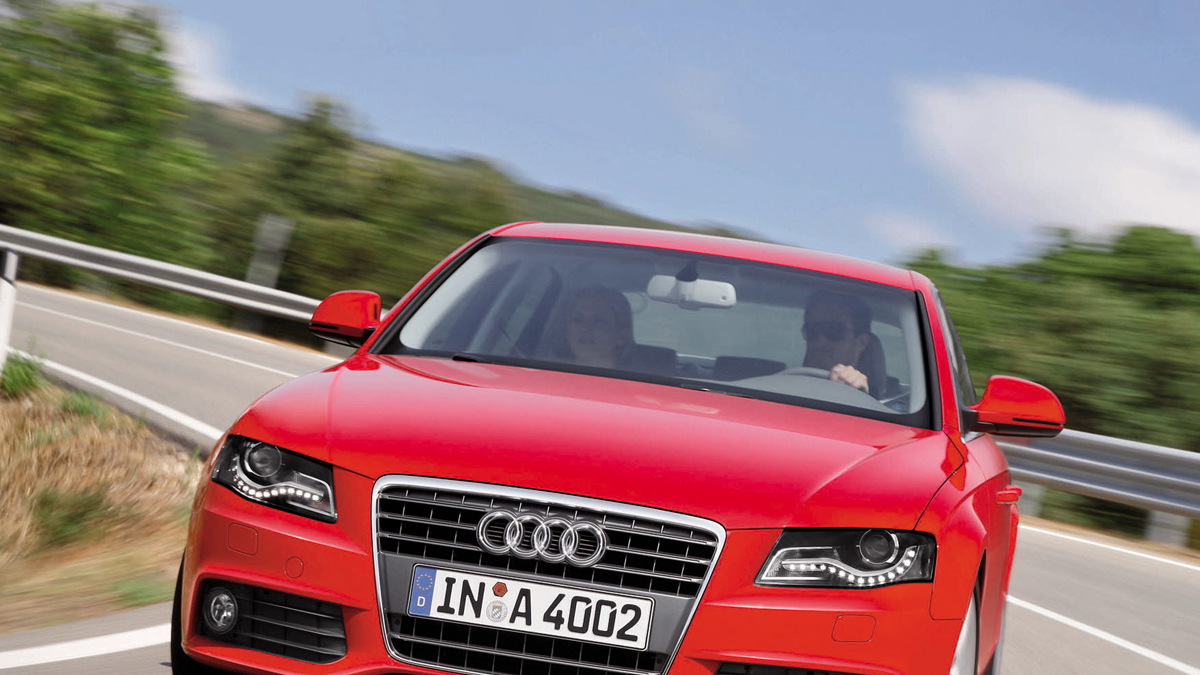 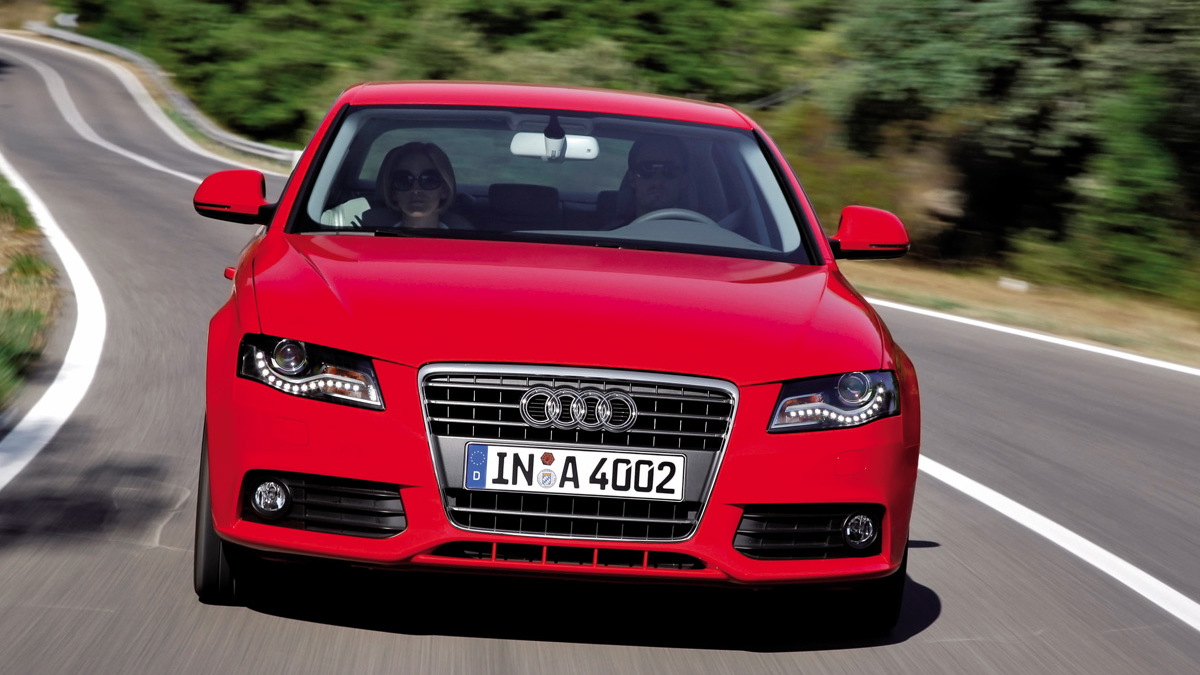 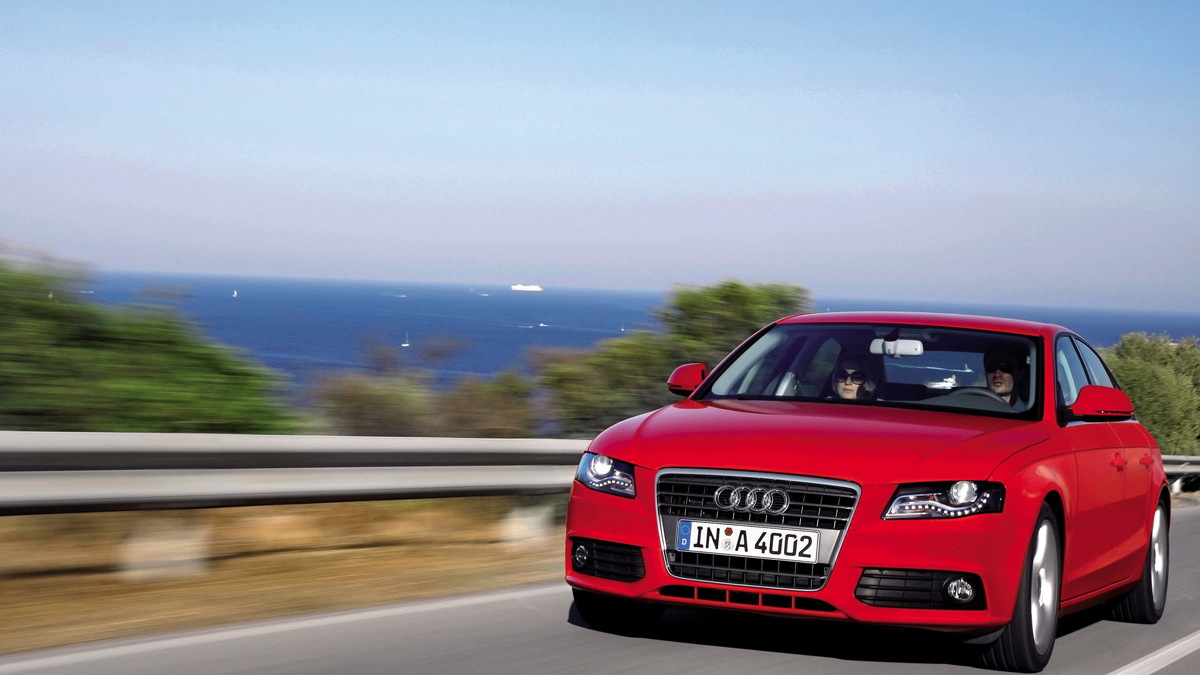 26
photos
Audi is expanding its 2009 A4 lineup with two new models, one featuring front-wheel drive and one featuring a six-speed manual transmission.

The front-wheel-drive model, known as the 2009 Audi A4 2.0T FrontTrak, will be using the carmaker’s award-winning 2.0L TFSI engine mated to a multitronic continuously variable transmission. The new front-drive entry level model will bring the A4's price down to just $31,000 with the automatic transmission.

The result of the new front-wheel-drive A4 powertrain combination is the best fuel efficiency in its class with an EPA rating of 23mpg in city driving conditions and 30mpg in highway driving. Those fuel economy figures represent a 4% fuel-efficiency gain over the previous-generation A4 powered with earlier versions of the 2.0L TFSI engine and the multitronic transmission.

Additionally the base A4 quattro sedan will now be available with a six-speed manual transmission paired to its 2.0L TFSI engine. The 2009 A4 2.0T quattro manual sedan achieves the best efficiency of any all-wheel drive car in its luxury segment with EPA fuel economy ratings of 22mpg in city driving and 30mpg on highways. The A4 quattro sedan starts at $31,850, and both models are expected to receive a host of standard features such as a sunroof, leather interior and satellite radio systems.