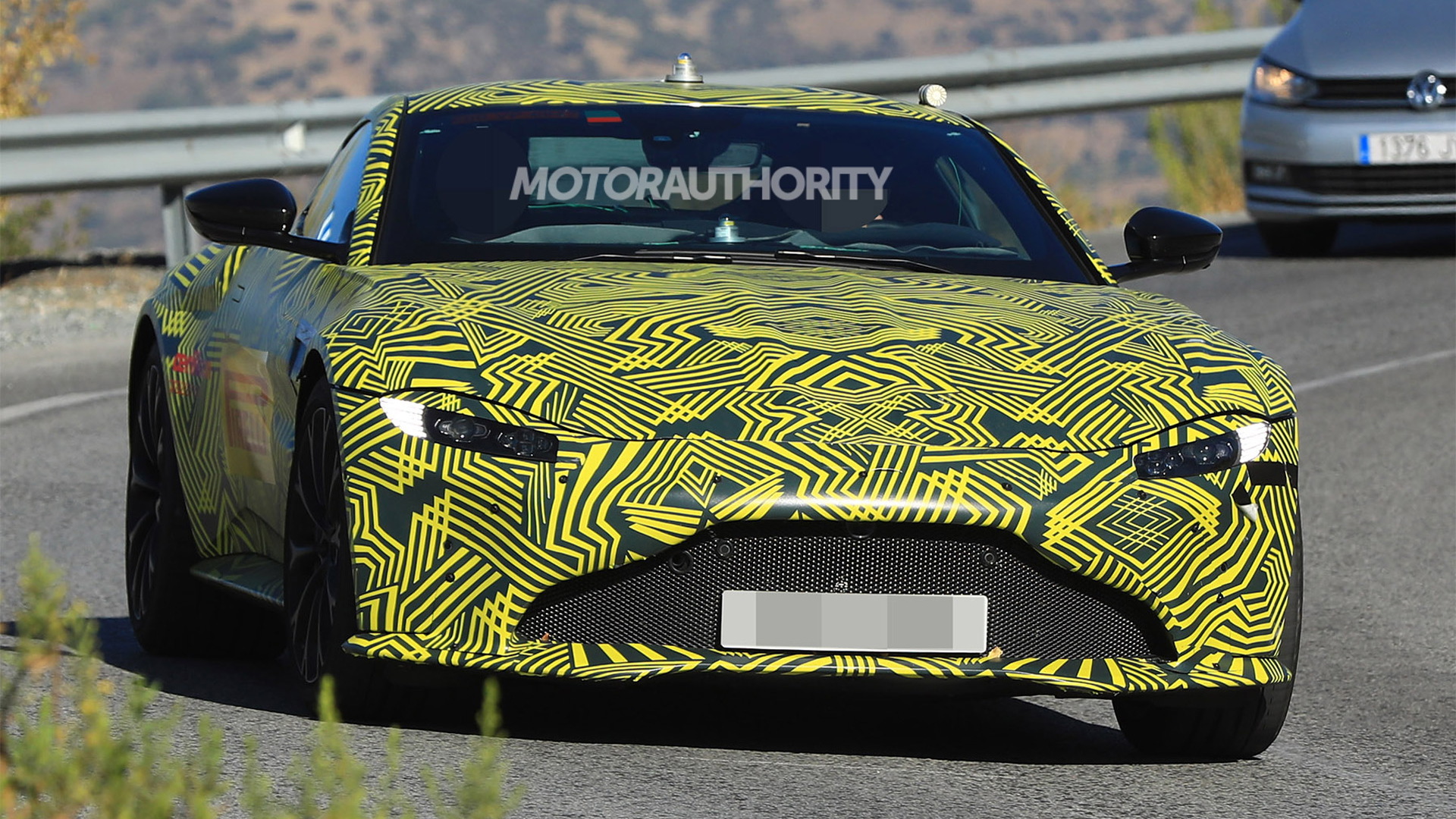 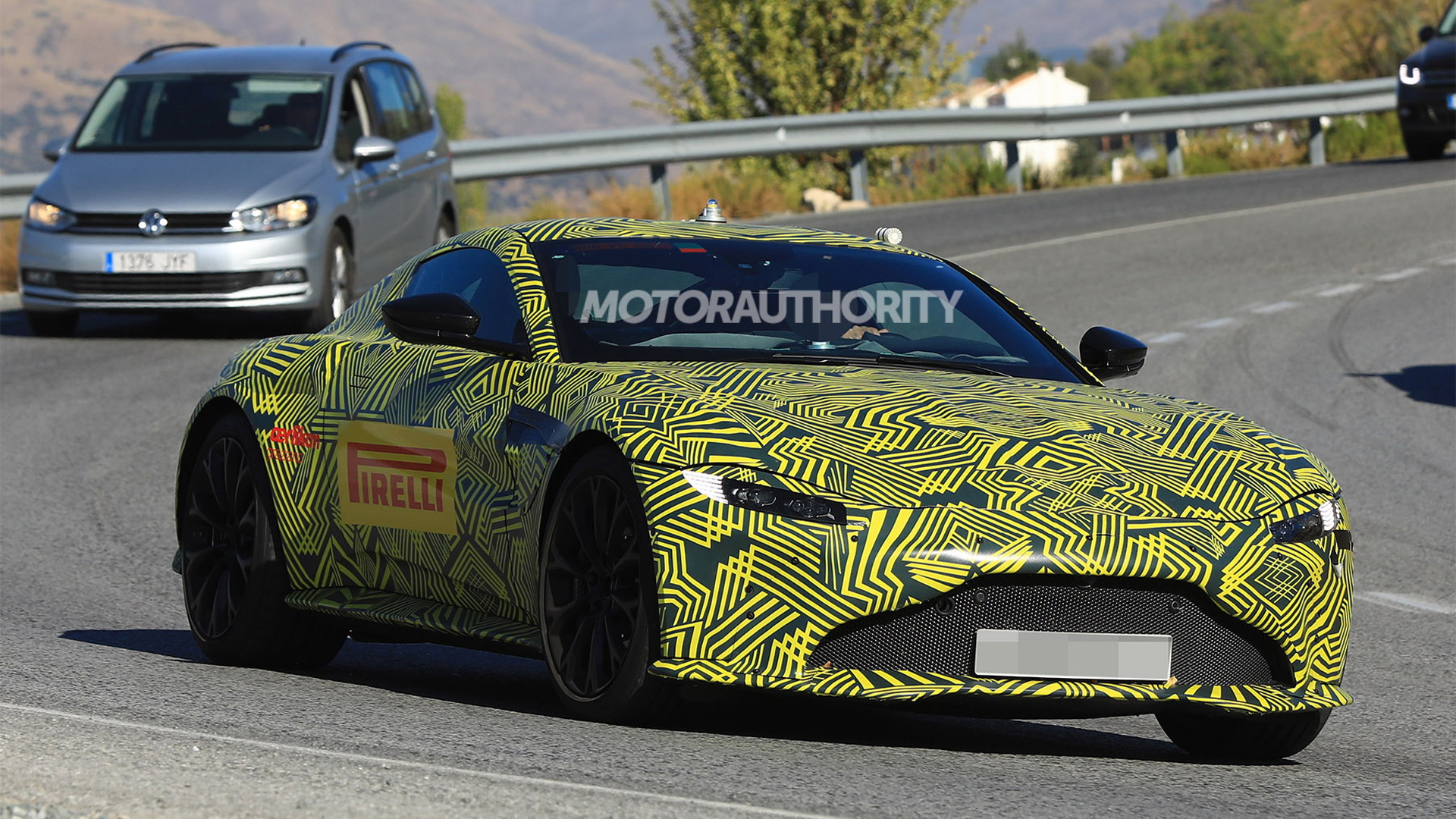 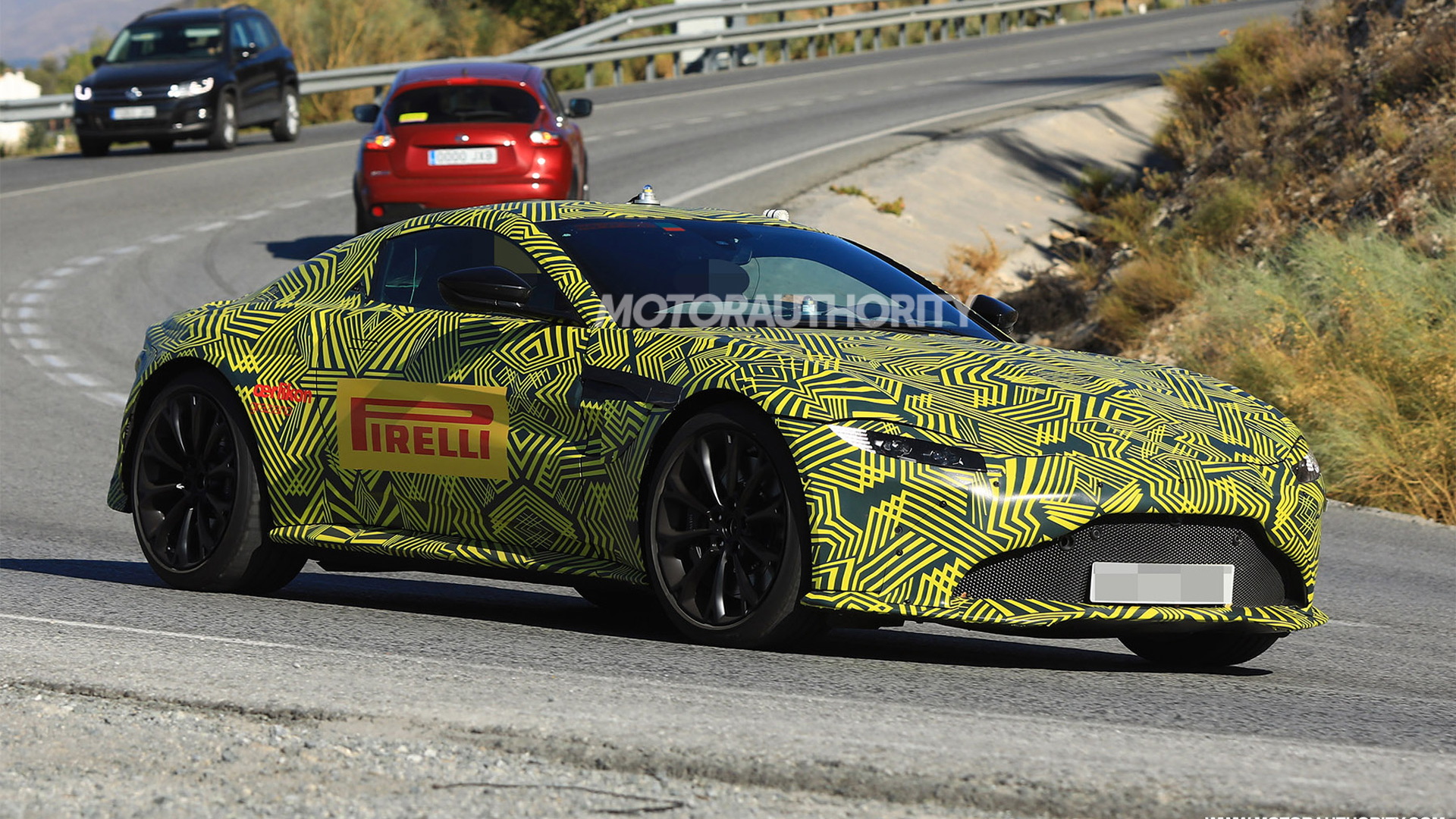 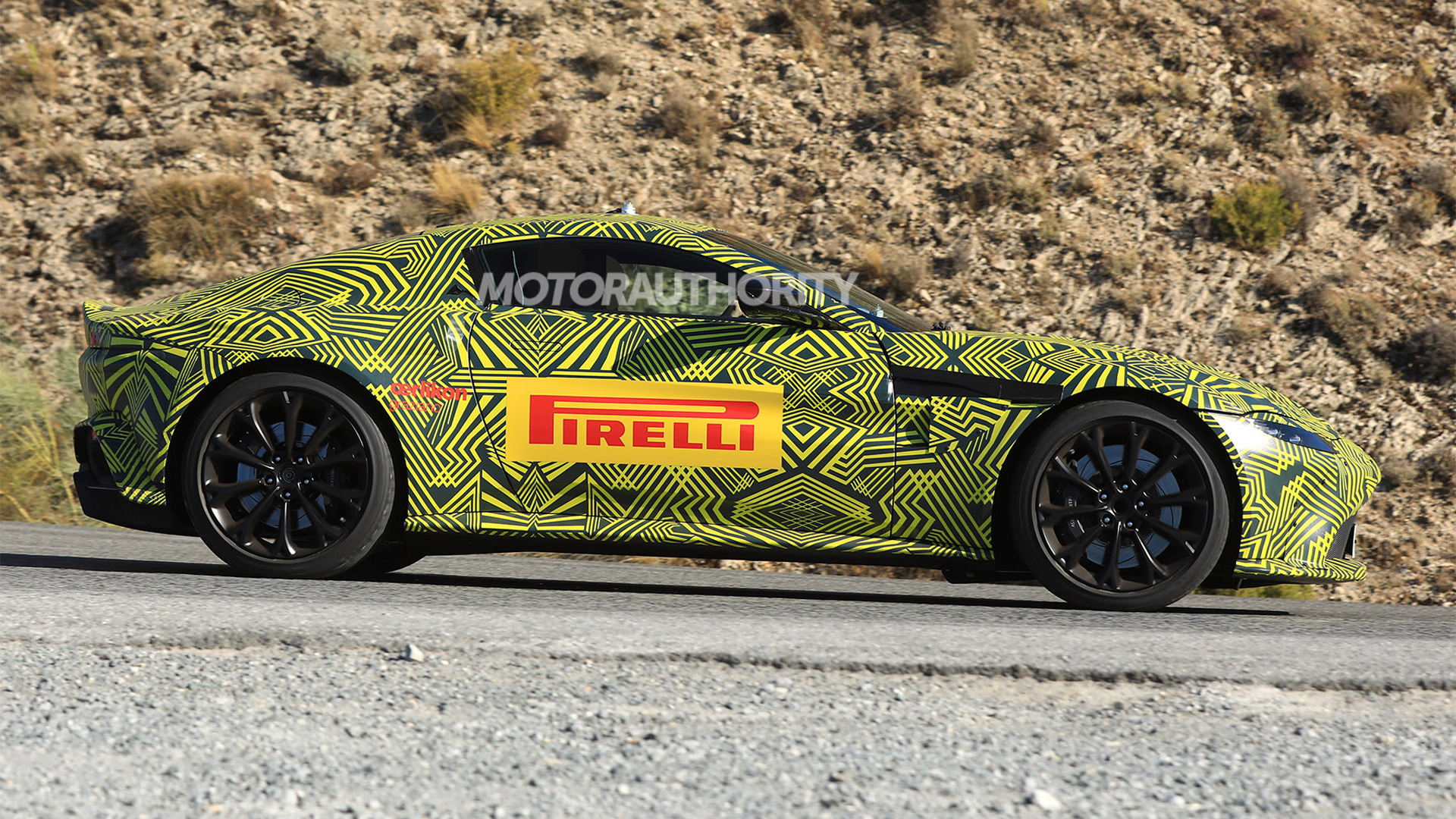 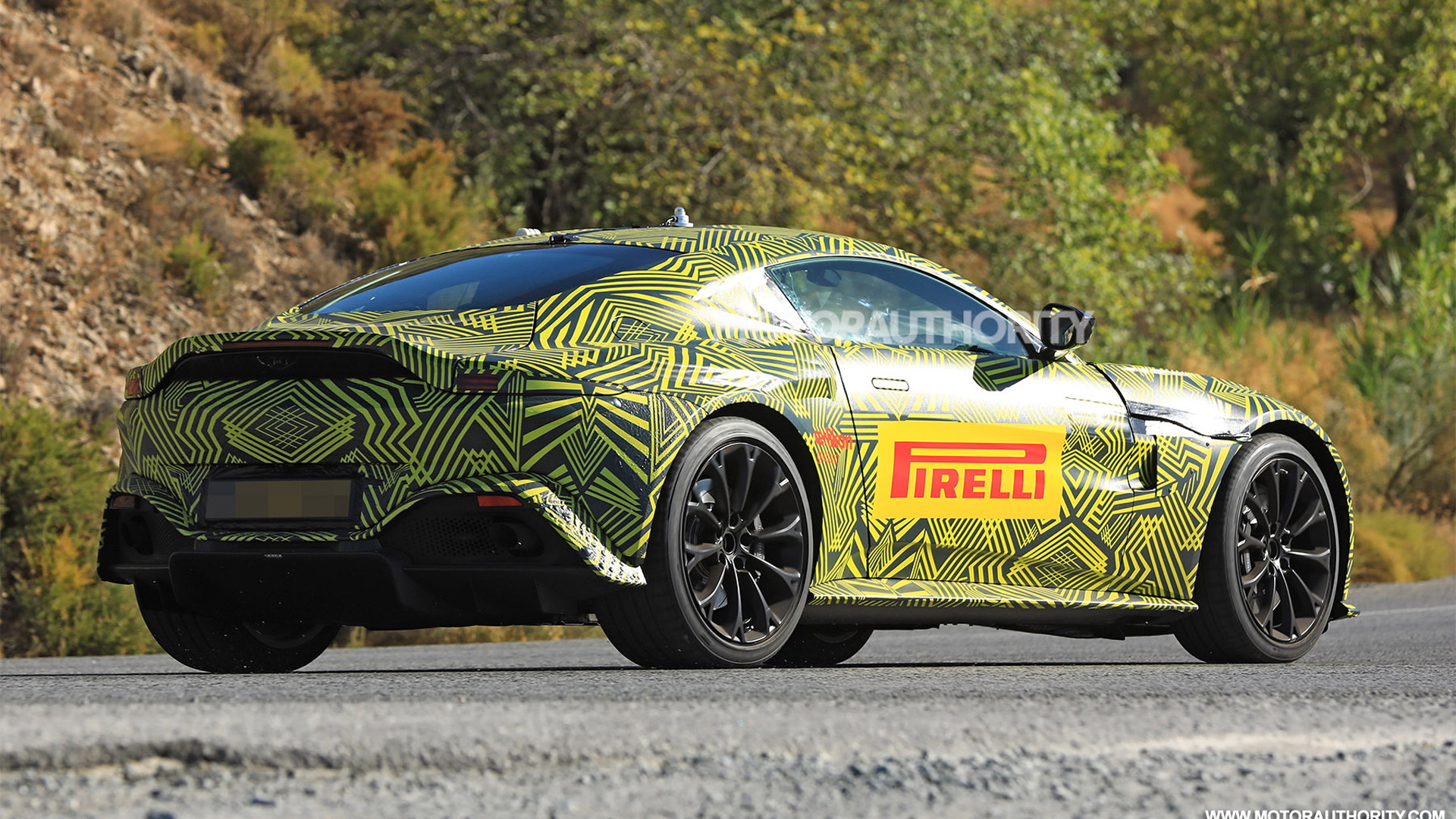 Aston Martin’s redesigned Vantage is set for a reveal on Tuesday, but thanks in part to Red Bull Racing Formula 1 driver Max Verstappen we already have a few of the specs.

Aston Martin is one of Red Bull’s main sponsors, and the two are also linked by way of a technical partnership. For example, Red Bull is helping to develop Aston Martin’s Valkyrie hypercar. It appears the F1 folks are also helping to hone the Vantage.

Verstappen recently took time out from his busy schedule to drive a Vantage prototype in order to provide feedback for the engineers. He tested a second-phase prototype, which comes after the first mule and will be followed by two further-advanced prototypes.

He learns from Aston Martin engineer Matt Becker that the new Vantage has just over 500 horsepower and 505 pound-feet of torque. Its engine is the AMG-sourced 4.0-liter twin-turbocharged V-8 already used by Aston Martin in the DB11 V8. In the DB11, the engine is tuned to deliver 503 hp and 513 lb-ft.

The bump in power from the  430 hp in the current Vantage should see the 0-60 mph time drop to around 4.0 seconds from the current 4.8. Top speed should also exceed the current 190 mph mark. Drive will be to the rear wheels only and buyers should be able to choose from either a 6-speed manual or an automated shifter, possibly a dual-clutch unit.

Verstappen also learns that the new Vantage weighs 3,373 pounds dry, so it probably won’t be setting benchmarks for lightness and agility. Nevertheless, Verstappen is impressed with the dynamics, especially the level of control. He’s also impressed with the handling which is helped along by the car having a 100-millimeter shorter wheelbase than its DB11 platform-mate.

Following tomorrow’s reveal, the new Vantage will be presented next week at the 2017 Los Angeles Auto Show. Eventually, we’ll see a convertible join the ranks as well as a V-12-powered variant and endurance racer.