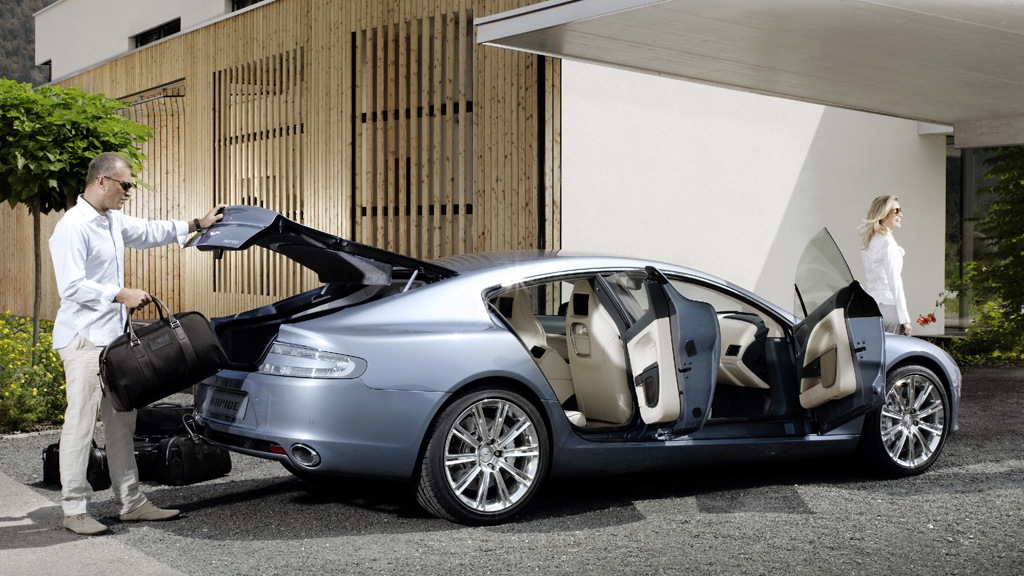 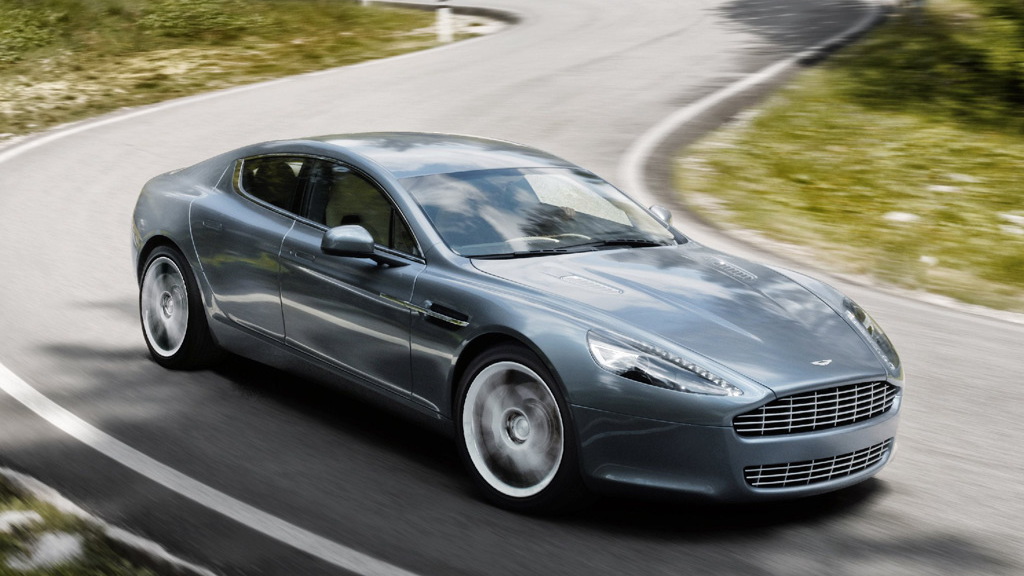 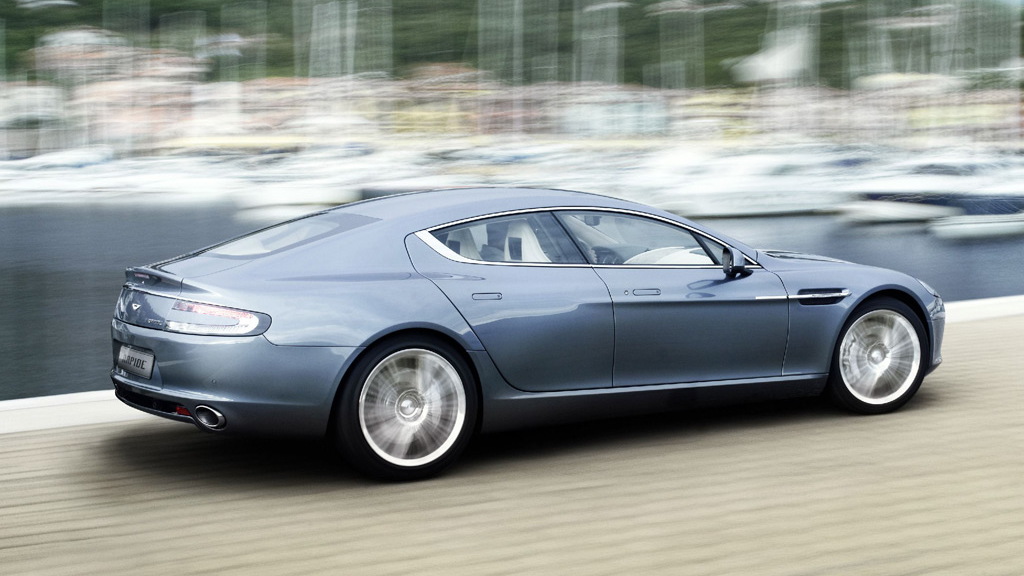 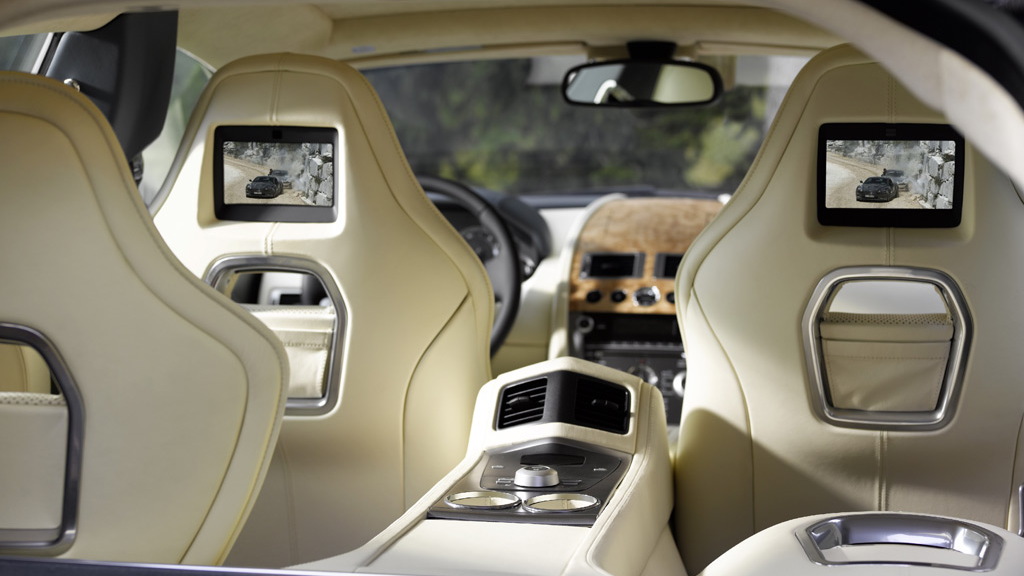 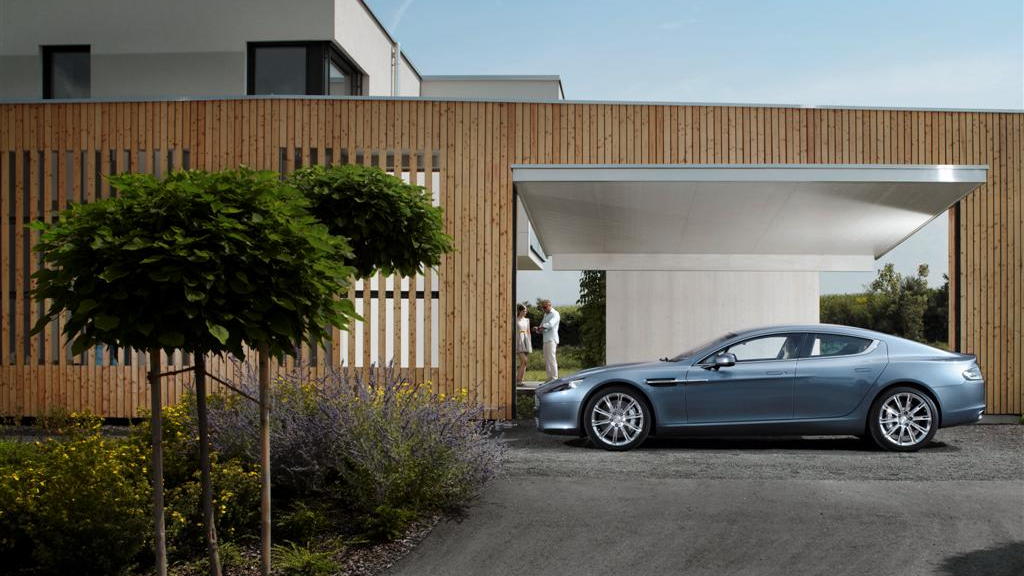 Aston Martin’s 2010 Rapide sedan is roughly half a year away from hitting showrooms but the automaker has released official images and details of the car, which has just been unveiled for the first time at the 2009 Frankfurt Auto Show.

First seen at the 2006 Detroit Auto Show in concept form, the production Rapide is nearly identical to the original show car however there are a few subtle differences. The production model loses the tiny side air intakes on the front bumper, while the sides pick up a new character line that runs almost the entire length of the body.

The signature elements of Aston Martin's design language translate well to the four-door format, with key features such as the 'swan wing' doors--rising upwards and outwards as they swing open--being applied to both the front and rear apertures. Up back the car features LED tail lights, dual exhaust tips and a boat-tail style rear decklid spoiler.

Under the hood is a revised version of the DB9's 6.0-liter V-12. This is mated to a  six-speed ZF automatic transmission with Aston Martin’s new Touchtronic 2 control with paddle shifters. Final output will rests at 470 horsepower and 442 pound-feet of torque so as not to step on the toes of the 510 horsepower DBS flagship.

Performance isn't as spectacular as the Aston Martin coupe models but expect to see the 0-62 mph dash completed in 5.3 seconds and a top speed of about 188 mph. But the it's not supposed to be the out-and-out performer of the Aston range.

"Rapide is the culmination of the Aston Martin range of sports cars, a car that seals the revival of a truly admired marque," said Dr. Ulrich Bez, CEO of Aston Martin. "There is now an Aston Martin for every taste and for every use.

"With Rapide, the entire family can enjoy their Aston Martin together in unison, in an invigorating yet comfortable environment, sitting low, with plenty of visibility from every seat and with new levels of comfort, refinement and entertainment."

The vehicle’s final curb weight is 4,299 pounds and its dimensions come in at 197.6 inches in length, 84.3 inches in width and 53.5 inches in height. The Rapide’s wheelbase also stretches about 10-inches more than the DB9, while its height is only about 2.5 inches taller. Inside, there’s generous seating for four adults and up to 26.5 cubic feet of storage.

First deliveries of the Rapide will commence early in 2010 and will be available globally through Aston Martin’s 125 strong dealership network. Pricing will be confirmed following its debut in Frankfurt--expect it to slot somewhere between the DB9 and DBS at around $200,000.