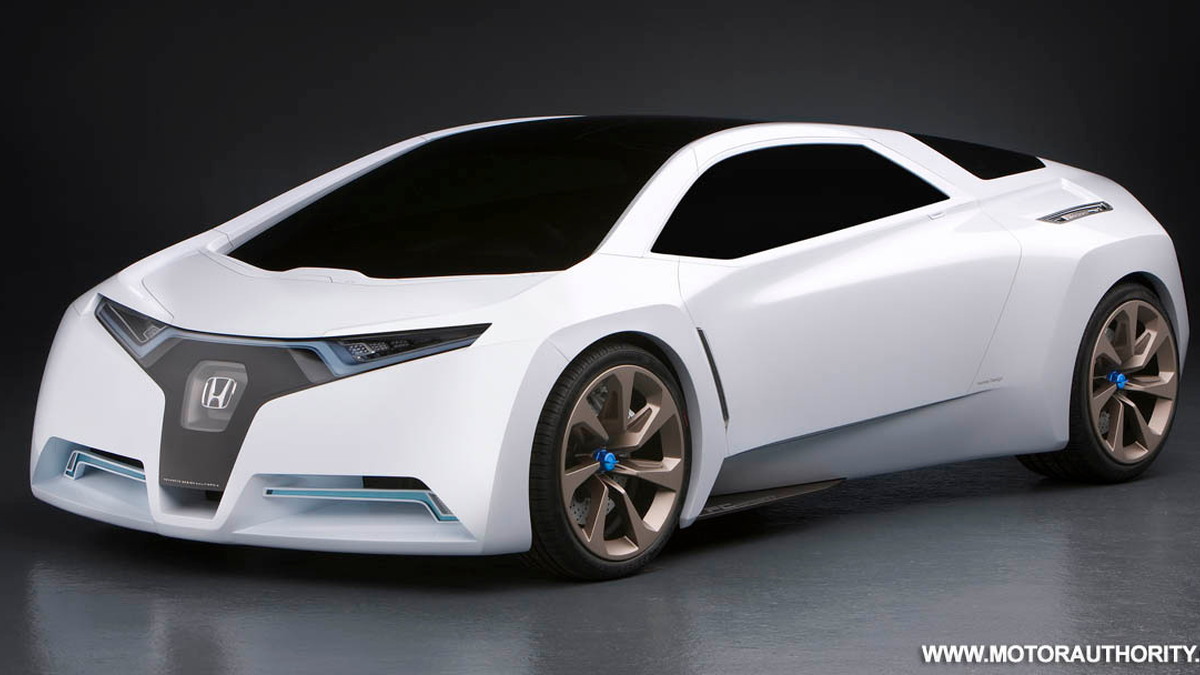 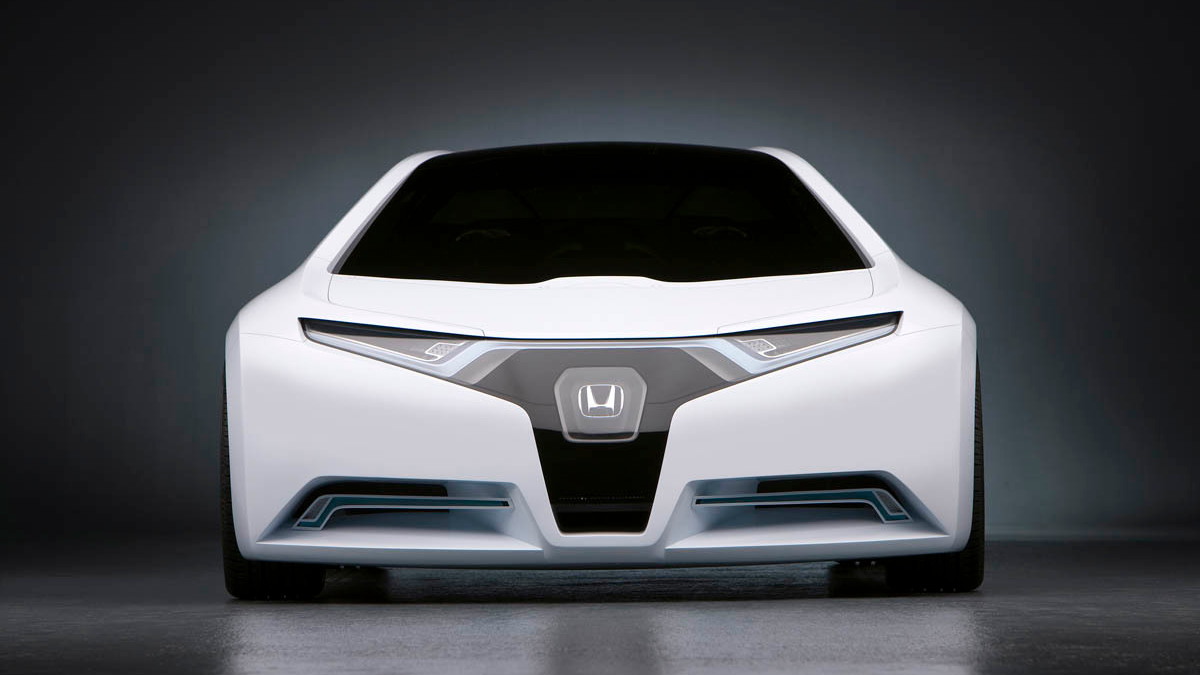 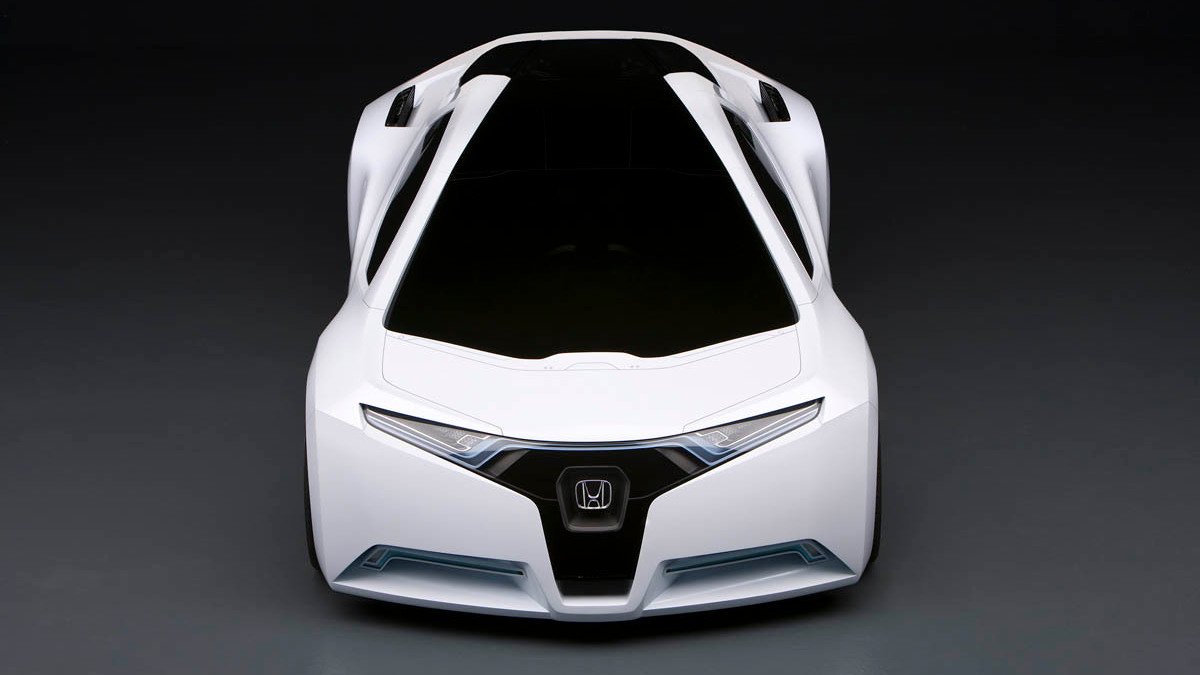 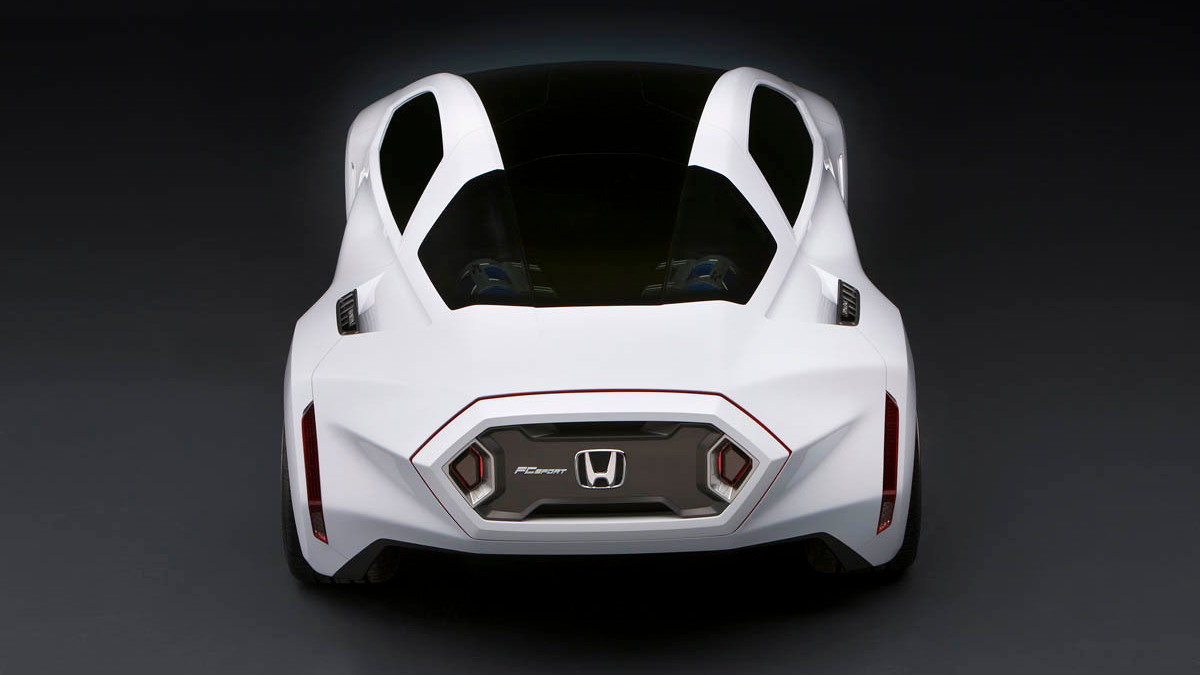 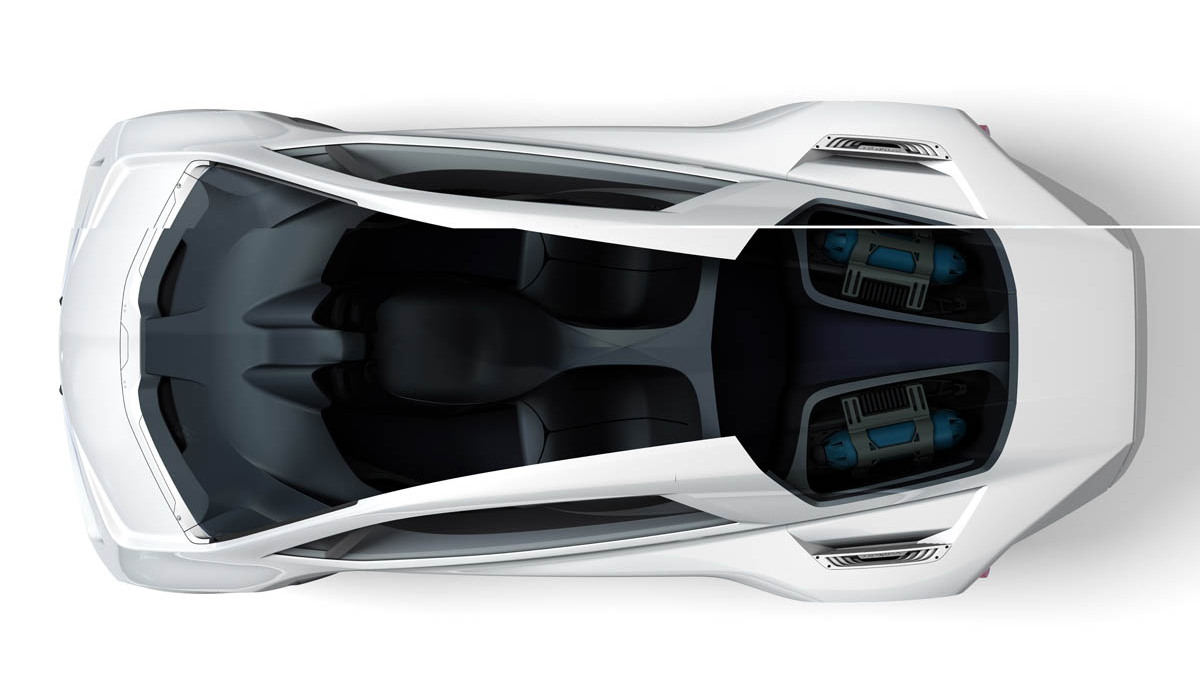 Honda is a pioneer when it comes to such technology, having built and delivered the FCX Clarity fuel cell vehicle to customers around the world. The latest concept vehicle, called the FC Sport, shows that the technology can be used in a vehicle with an ultra-low center of gravity, high power output, and supercar levels of performance.

"The Honda FC Sport explores how to satisfy automotive performance enthusiasts in a world beyond petroleum," said Dan Bonawitz, vice president of Honda America. "People who love sports cars will still have a reason to love in a hydrogen-powered future."

The high-output Honda fuel cell powertrain and a sleek, aerodynamic body contribute to the vehicle's performance potential. A modular approach to fuel cell component packaging and the electric drivetrain contribute to a low center of gravity, with the majority of vehicle mass distributed between the axles. This creates a balanced weight distribution sought after in sports cars.

The FC Sport is configured to accommodate a custom-formed high-power fuel cell stack, located between the rear seats, and a battery pack placed low in the middle of the vehicle. The electric motor resides just forward of the rear axle. Two fuel storage tanks, visible from above, are located above the rear axle.

The interior layout focuses primarily on the driver with a race car style center driving position. The enclosed canopy opens upward from the rear to allow for entry and exit. Two rear passenger seats flank the driver's left and right side.

The concept was the creation of Honda’s U.S. research facility in Pasadena, California, and was developed with the primary objective of using existing fuel cell technology in a sports car platform. Unfortunately, there are no plans to build it anytime soon.