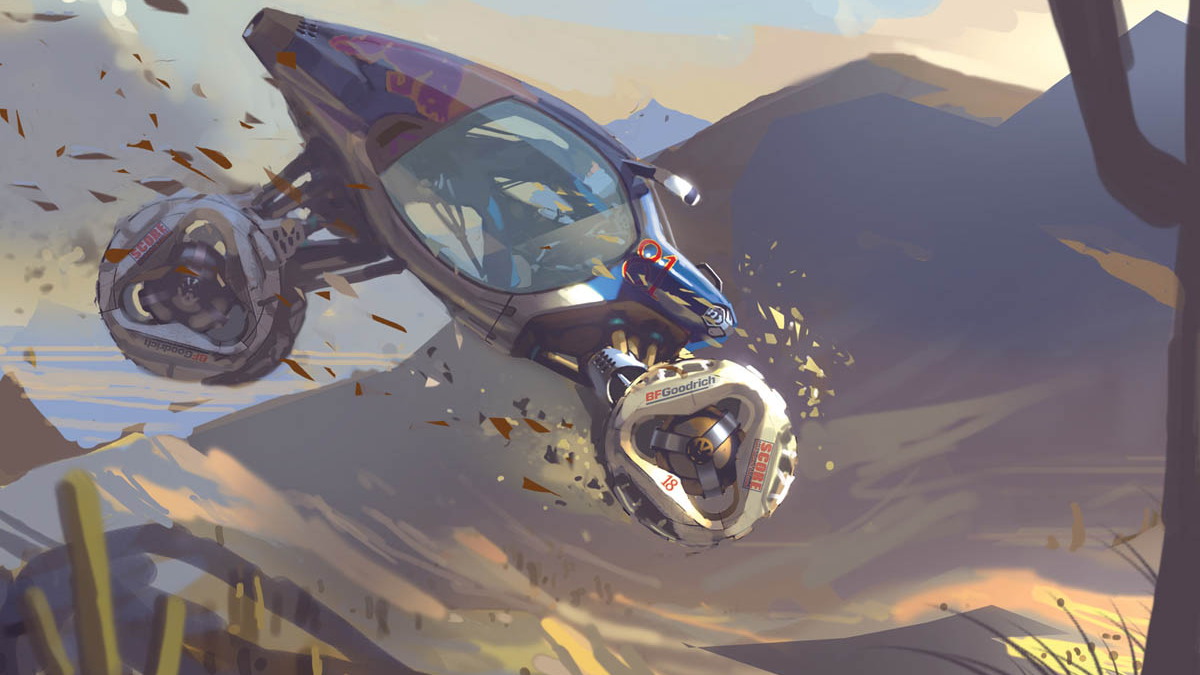 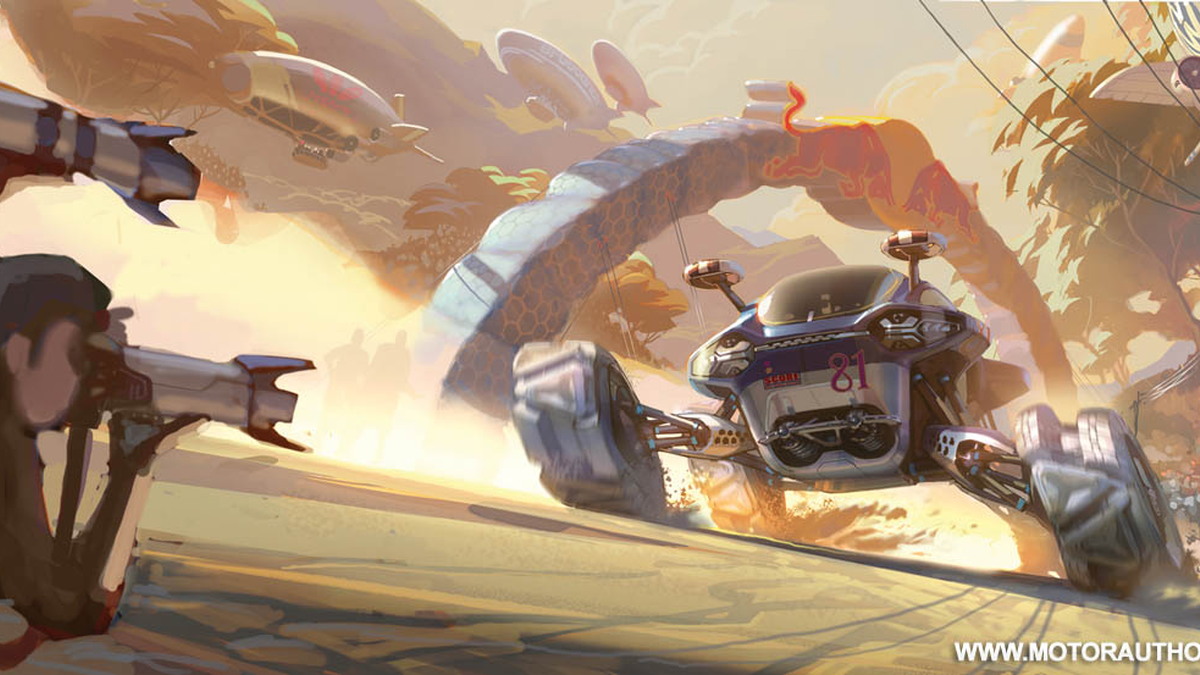 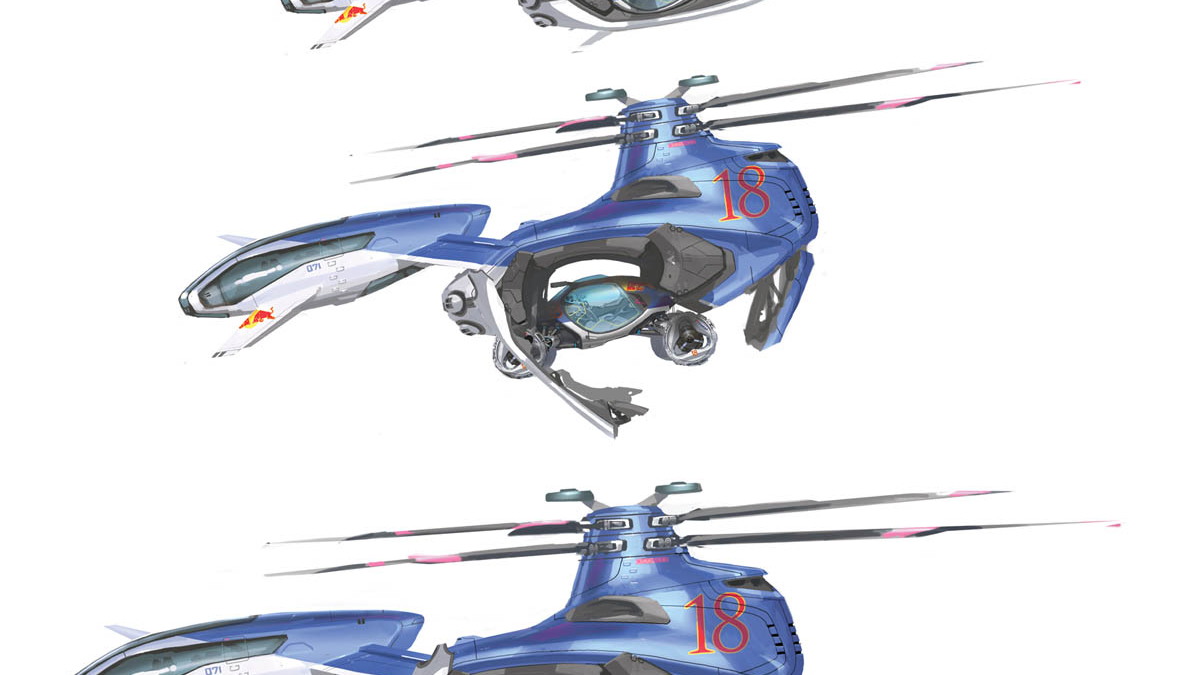 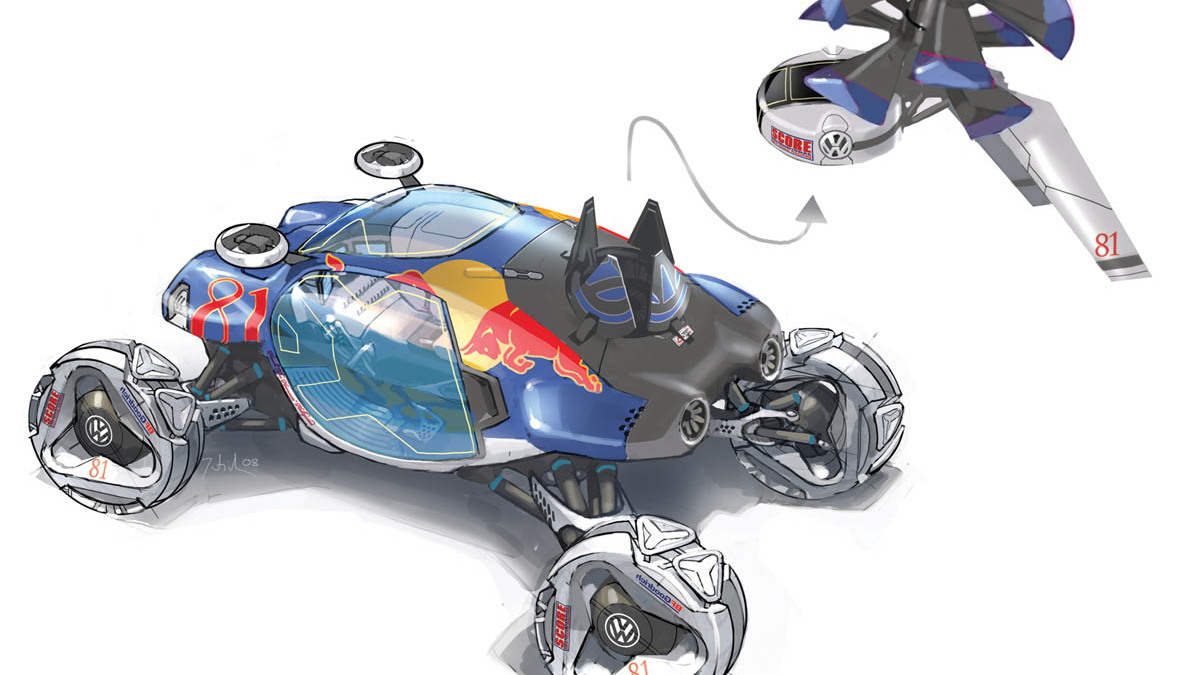 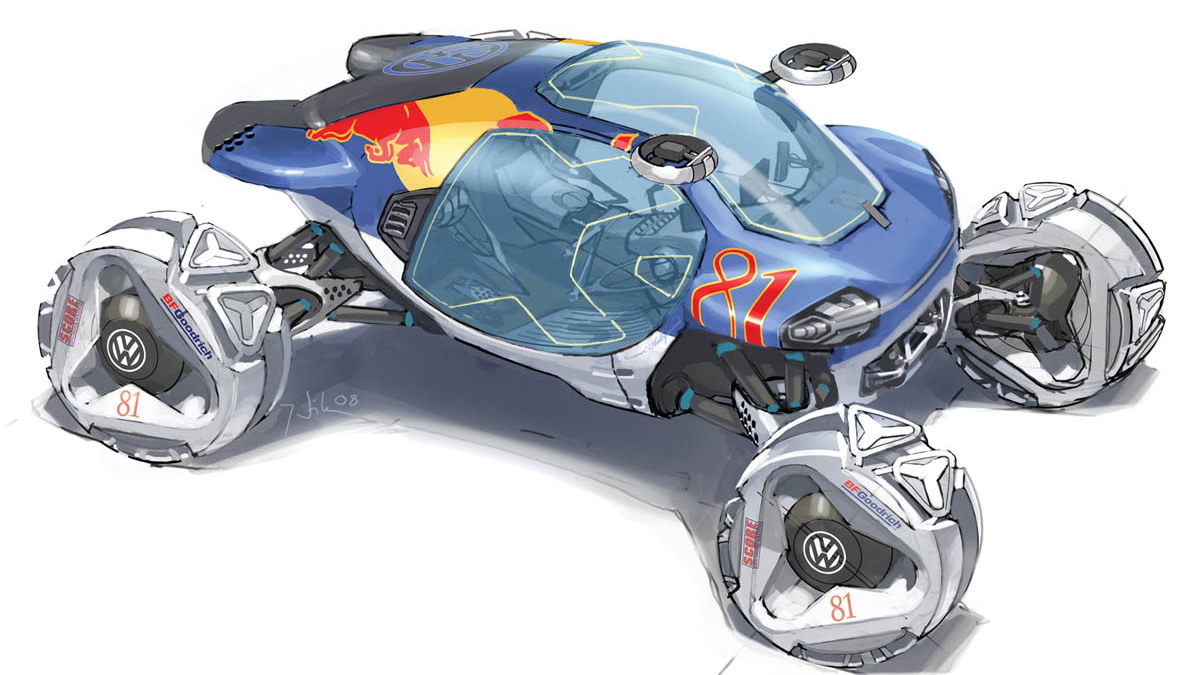 64
photos
Today, the design entry from Mazda R&D of North America was chosen as the winner of the Los Angeles Auto Show's 2008 Design Challenge. This year's theme, Motor Sports 2025, asked nine of Southern California's automotive design studios to form their vision of the future by depicting a motor sports vehicle that predicts how auto racing will change by the year 2025.

The Mazda Kann was chosen for how well it integrated a high level of innovation and technology into the design, but also for its uniqueness. The Mazda Kann is an electric race car that has a patented electronic tire system to reach 250 mph with no harmful emissions.

Audi's, for example, is very conventional in terms of layout, looking to be a realistic and evolutionary idea of a typical Le Mans racer. Mitsubishi, on the other hand, has taken a completely different route, designing an all-terrain vehicle that scarcely resembles a present-day vehicle at all, with its oddly articulated 'tires' and low, clamshell-type body.

Alternative energy sources are part of the theme of the design contest, acknowledging that while the fuel source may change, motorsports will continue. Mercedes-Benz's Formula Zero concept illustrates this aspect of the design contest very aptly. Its design is part formula car and part sand rail, with solar power and electric hub-mounted motors powering the vehicle. Even Audi's conventional-looking car is imagined to run on a combination of algae-based biofuel and wirelessly-transmitted electricity.

Other companies, like General Motors with its Chaparral Volt, are leveraging current technologies with an eye toward their future development. The Chaparral Volt is intended to use an advanced form of the EREV (extended-range electric vehicle) system found in the Volt. This highly evolved powertrain captures air, thermal and gravitational energy to brake and regeneration energy, while the sun's power is captured through panels integrated into the body for power.

BMW is similarly relying on extensions of existing technology with its hydrogen-powered salt flat race design. Built in a sort of post-apocalyptic scrap heap challenge, BMW's design is made from found materials, including oil barrels and barbecue lids, as a way of reusing, rather than recycling, primary materials. The hydrogen power is clean, using two goldfish as "canaries-in-a-coal-mine" to keep an eye on emissions levels - if the fish get sick, you're running too rich.

Honda, on the other hand, has taken the idea of extreme racing a decade and a half into the future, using the past as inspiration. Re-imagining the original "Great Race" of 1908 for 2025, Honda's designers built a vehicle capable of circumnavigating the globe in 24 hours - in a single vehicle, on land in the U.S., by sea around Asia, and through the air over Europe.

VW's BioRunner combines a massive Baja 1000 course - with the only stipulations being a single driver, and a single 10-gallon tank of fuel. Sitting like a motorcycle rider astride a saddle in the middle of the vehicle's protective cage, the driver controls dual-turbine engines that feed on bio-synthetic jet fuel. Because there are no windows, the driver relies on a video screen that can be supplemented by an aerial reconnaissance drone.

Finally there's Toyota's Le Mans Racer, capable of a claimed 350mph (560km/h), and featuring two mode of operation: high speed mode and cornering mode. High speed mode operates in an exaggerated resemblance to the top speed mode of the Bugatti Veyron, lowering and altering the car for minimum wind resistance. Because it's a pure design study and looking forward to 2025, however, it narrows both the body and wheels as well. In cornering mode, the car broadens its stance to maximize track dimensions and make grip as high as possible. Like the BioRunner, the cockpit is enclosed and relies on instruments and displays to relay the outside world.

All of these design concepts will be competing for top honors at the fifth annual Design Challenge to run during the Los Angeles Auto Show. Previous winners include the VW Slipstream concept (2008) and GM's Hummer O2 concept (2007). This year's winner will lay claim to the 2009 title.