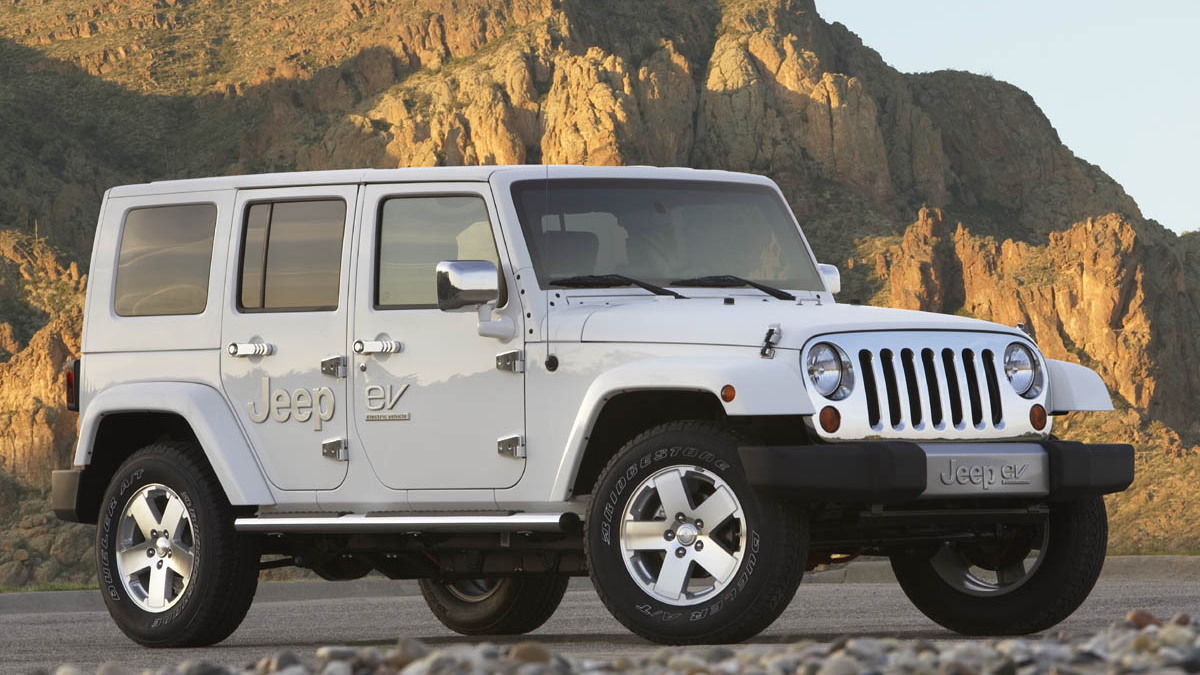 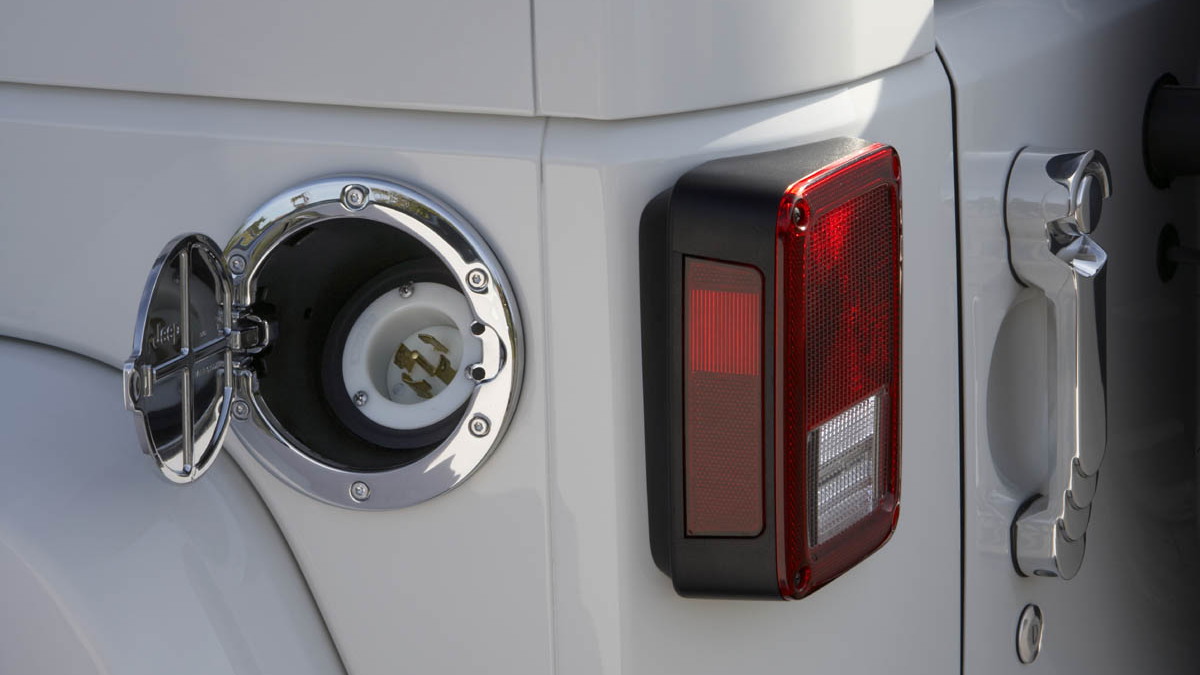 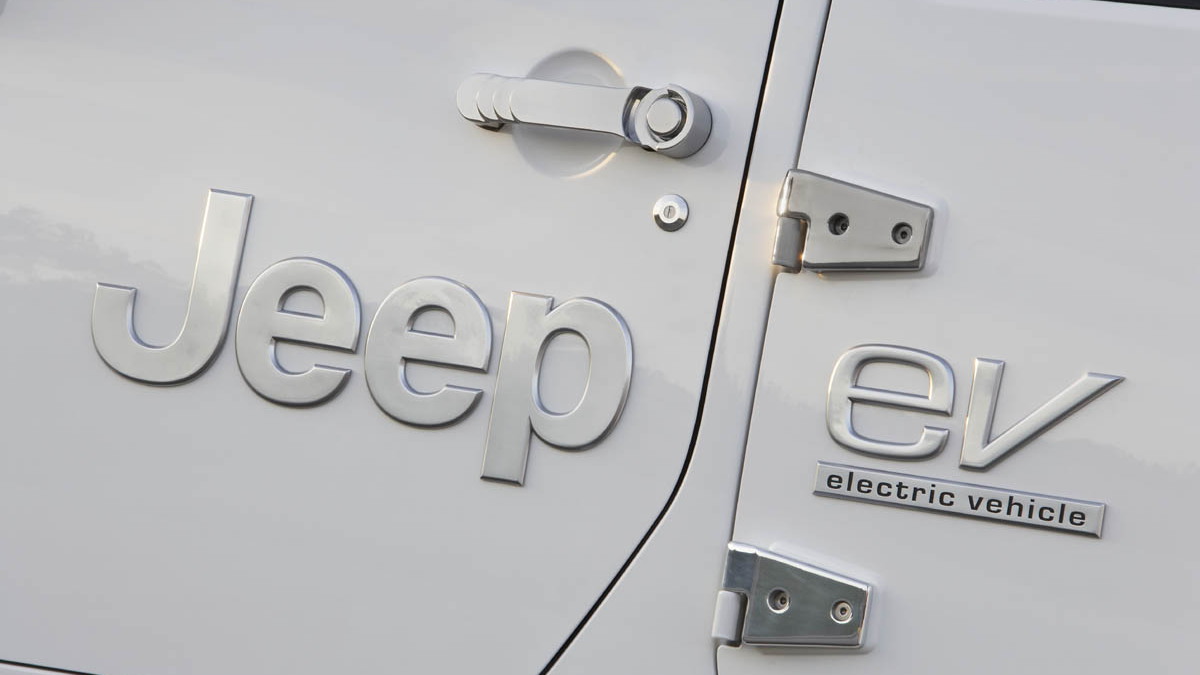 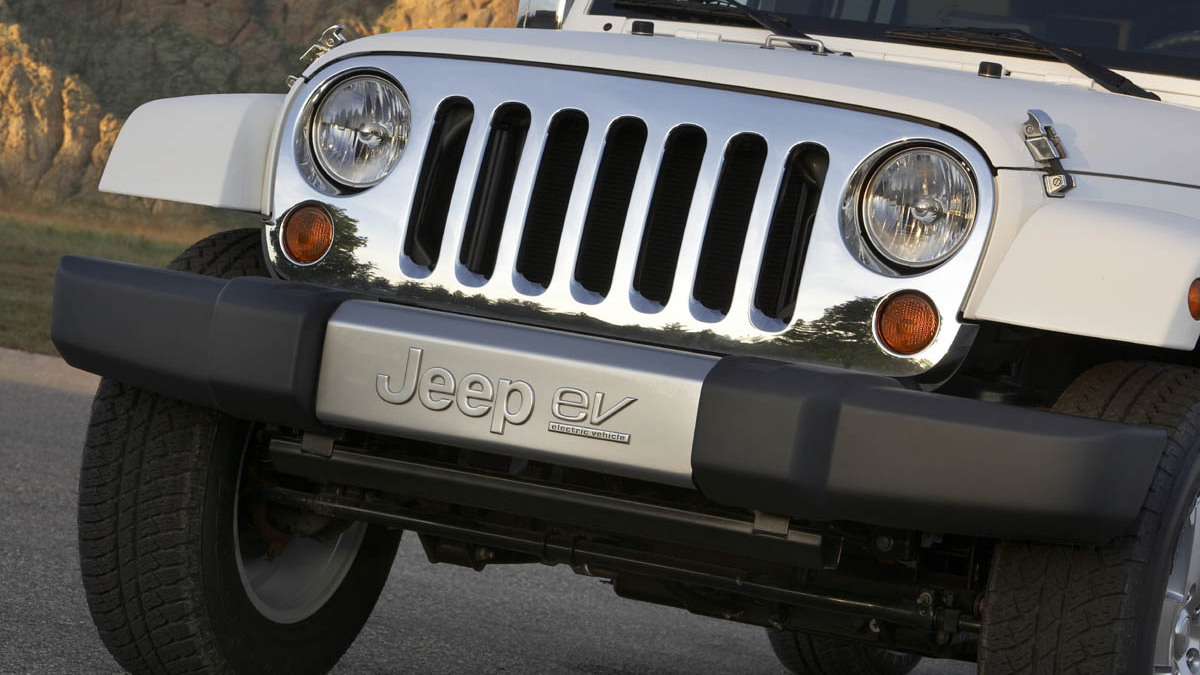 Showing its commitment to clean and efficient motoring both on and off the road, Chrysler has unveiled a prototype plug-in hybrid vehicle based on the Jeep Wrangler SUV.

Designed with the full capability of the legendary off-road vehicle, the new prototype still promises an electric-only driving range of up to 40 miles and a 400 mile range when using the internal combustion engine.

Chrysler’s plug-in vehicles feature a similar powertrain to General Motors’ E-Flex system, which underpins the upcoming Chevrolet Volt. Called a ‘Range-Extended’ vehicle by Chrysler, the design features a powerful electric motor running on lithium-ion batteries to spin the wheels plus a small petrol engine used as a generator to top up the batteries.

Like the Dodge all-electric sports car, the motor in the Jeep plug-in is rated at 268hp (200kW) but its torque has been detuned to 295lb-ft (400Nm) for low-range applications. Drive is sent to all four wheels via a conventional 4WD set-up, but on-board computers can control the amount of torque sent to each wheel independently to aid traction in slippery conditions.

Furthermore, engineers are also looking at more advanced applications with four separate in-wheel electric motors. Such a design would allow a vehicle to retain a 4WD configuration, but do away with heavy axles and driveshafts.

Interestingly, GM could only get a 40 mile electric-only driving range from its Volt after months of intense aerodynamic testing and reshaping of the original concept. It will be surprising to see if Chrysler can meet its claims of a similar 40 mile electric-only range for a big and blocky vehicle like a Jeep.