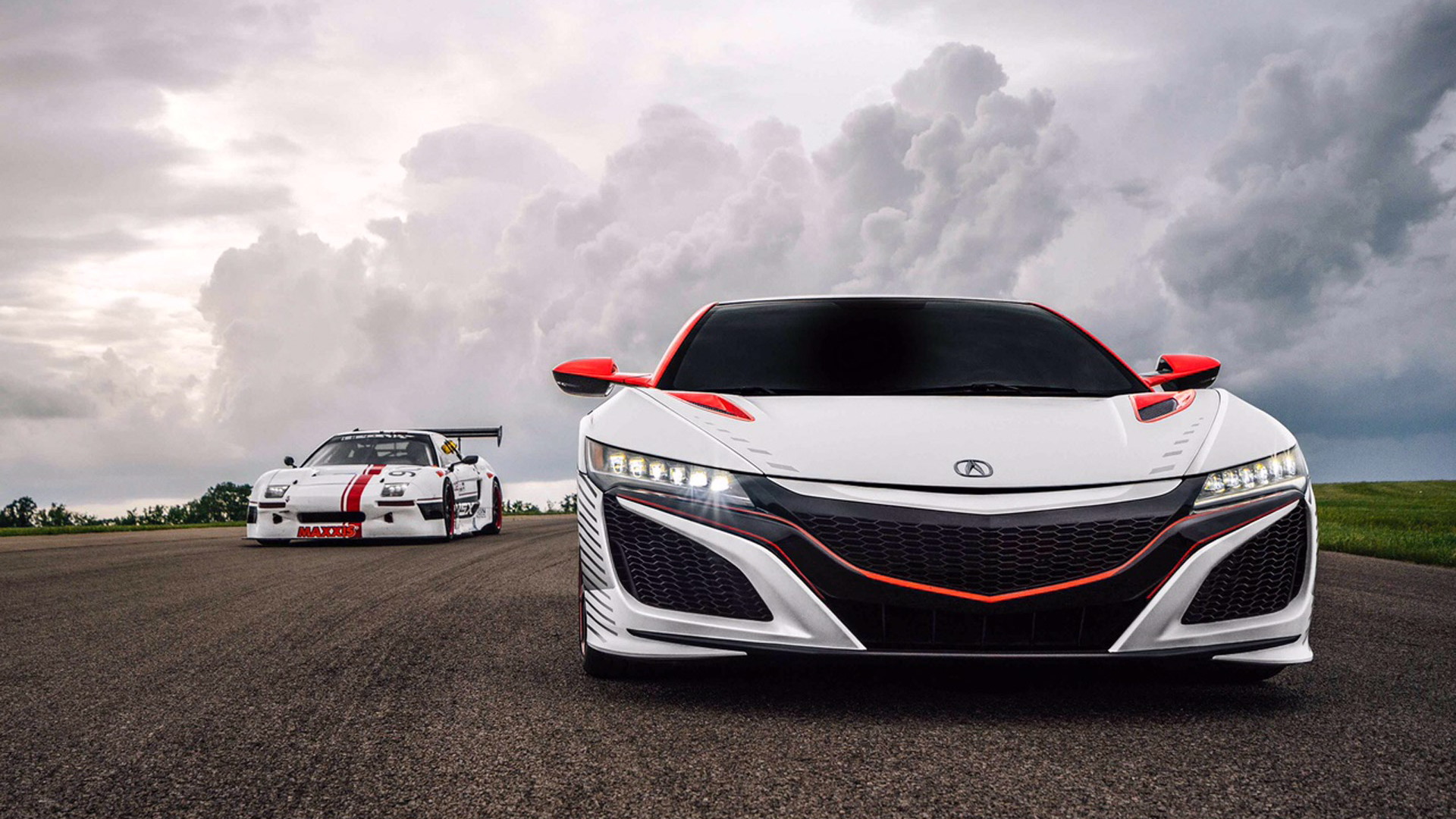 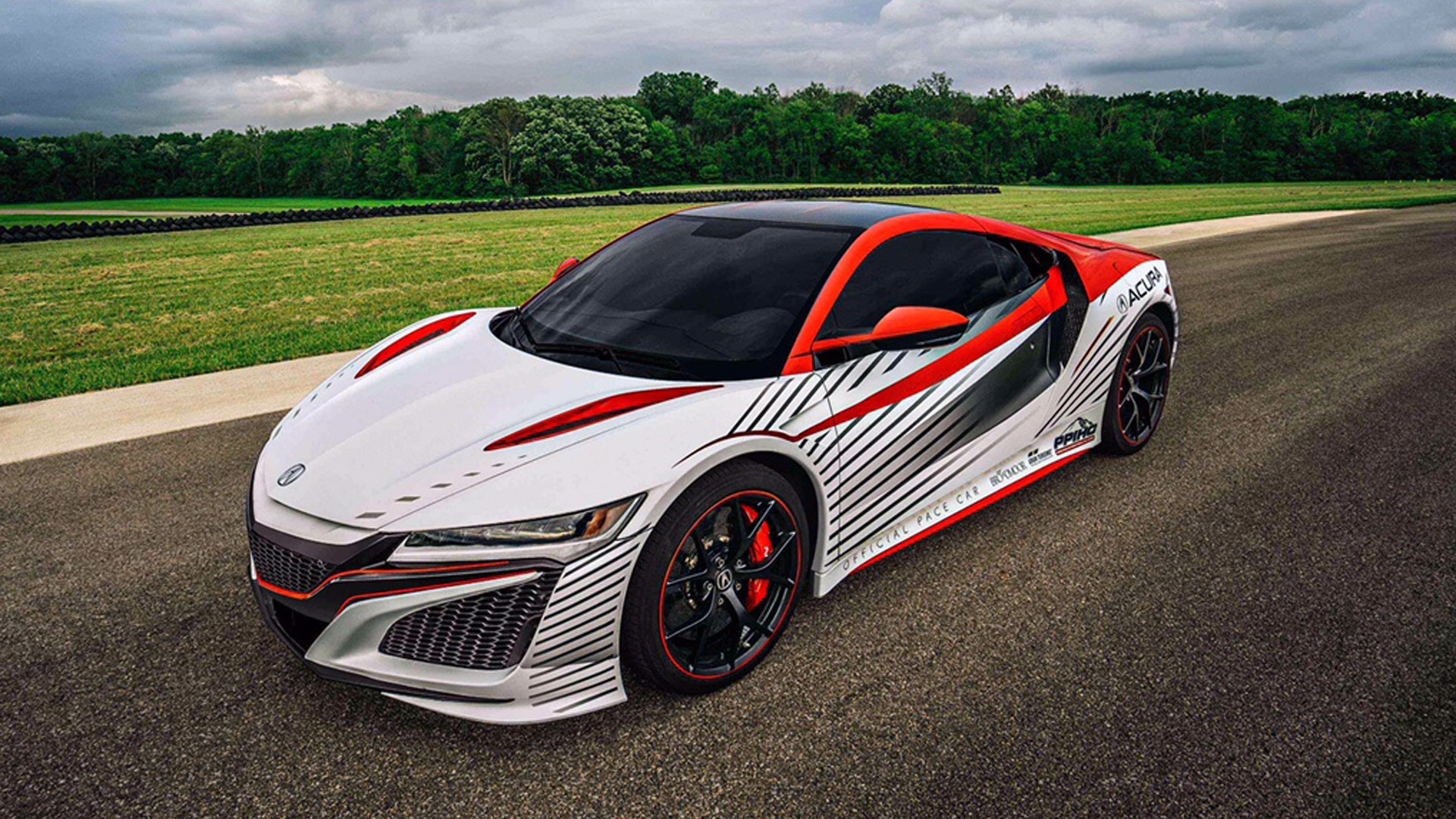 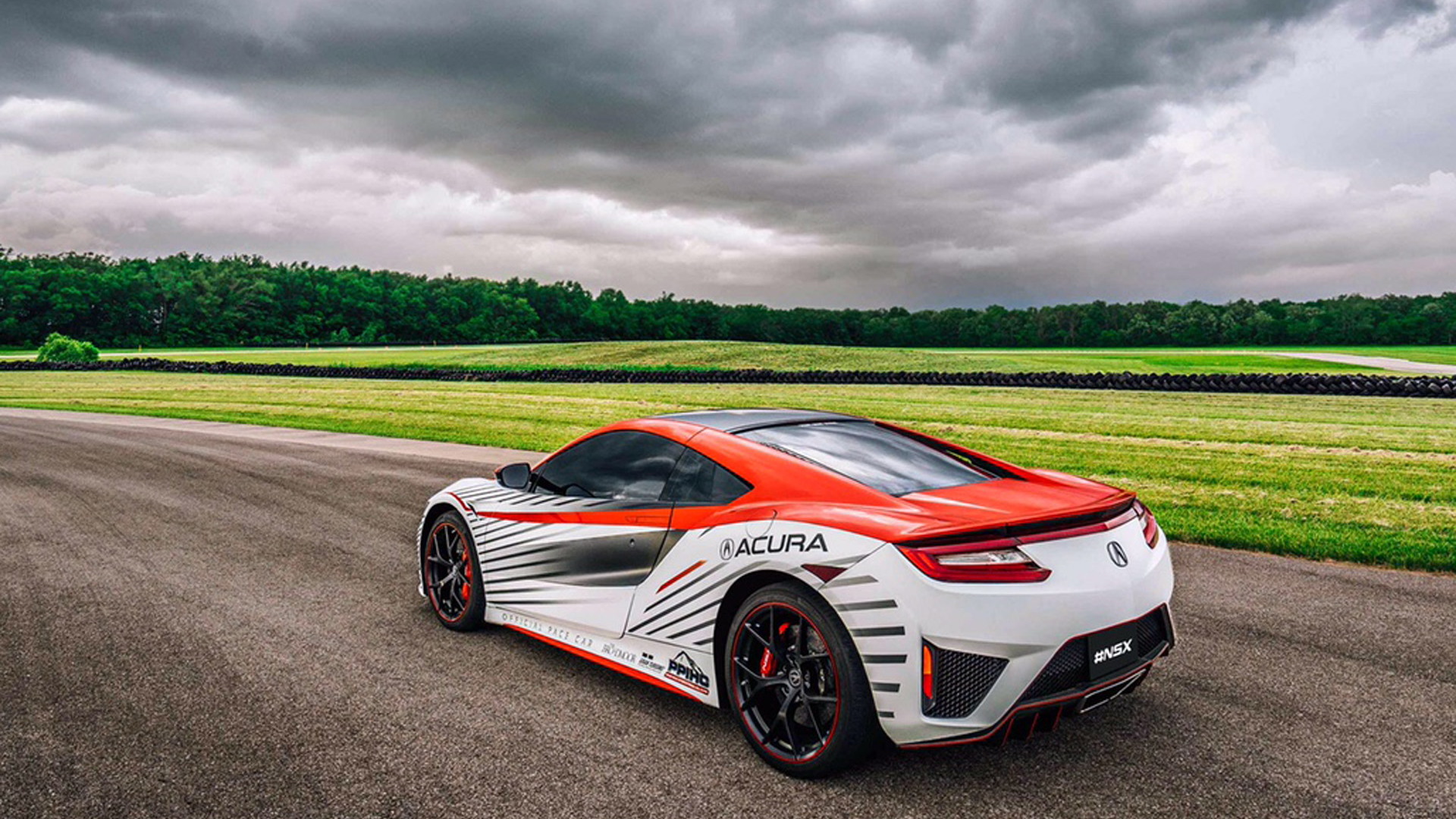 This weekend is the Pikes Peak Hill Climb in Colorado, and one of the more standout cars racing to the 14,110-foot summit will be this Acura NSX supercar. It’s serving as the official pace car for this year’s event, and it’s just one of four Acura models that will be present. The others are an original NSX as well as the latest ILX and TLX luxury sedans.

In a Pikes Peak first, Acura will install 24 cameras along the course to capture the NSX pace during a special run. All the sequences will eventually be compiled together to create a single video that Acura will post on its social media channels. Driving the car will be Sage Marie, a Honda public relations staffer who also happens to be a two-time Pikes Peak competitor and road racer.

As the pace car, the NSX won’t be running in competitive mode, but fans will still get a first glimpse of the unique character, performance and handling of the hybrid supercar in a one-of-a-kind racing environment—in this case the 12.4-mile, 156-turn course that is the Pikes Peak Hill Climb.

Apart from its livery, the NSX pace car will be completely stock. It features a sexy body wrapped around a lightweight, multi-material spaceframe chassis in which a twin-turbocharged V-6 is paired with a nine-speed dual-clutch transmission and joined by a trio of electric motors. One electric motor is connected to the engine and transmission at the rear and is used to aids acceleration, braking, and transmission shift quality as well as recharge the car’s lithium-ion batteries. Up front, the remaining two electric motors help provide more forward traction, as well as vector torque to improve handling.

Practice for the Pikes Peak Hill Climb is currently underway, with the actual run to take place Sunday, June 28. Catch the rest of our Pikes Peak coverage at this link.