Possibly one of the rarest Bugatti Veyrons on the planet was spotted at a car show in Dubai sporting an equally rare United Arab Emirates ‘1’ license plate. You’d think that only the Sheik would have enough influence to own such a car and number plate but info sourced from Autoblog.nl suggest that the car is owned by a Russian project developer living in Dubai. Other cars said to be in his collection include a SLR McLaren, Pagani Zonda, Maybach 62, Ferrari F430, Lamborghini Murcielago, Hummer H2 and a G55 Mercedes.

Some reports also suggest that the special Pegaso Veyron develops more power than the official 1,001hp figure, with most estimates around the 1,200hp mark. Pegaso was a Spanish coachbuilder that built a series of luxurious sports cars during the 1950s and worked closely with Ferrari and Alfa Romeo during this time. 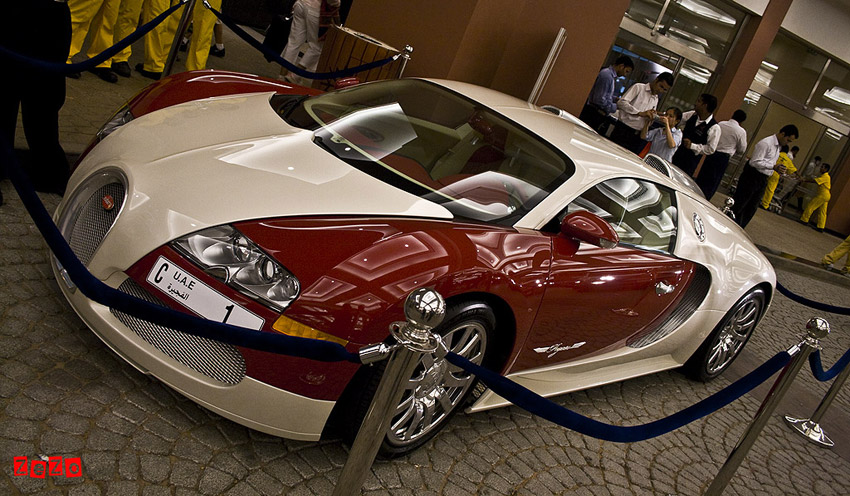 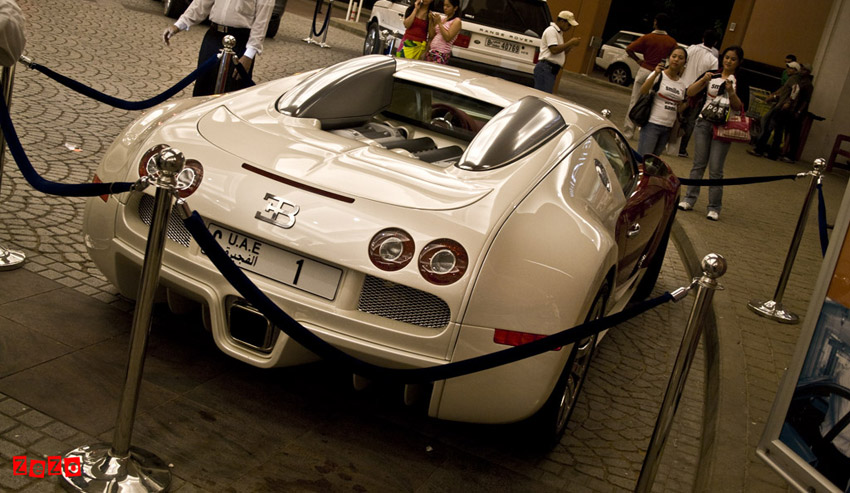