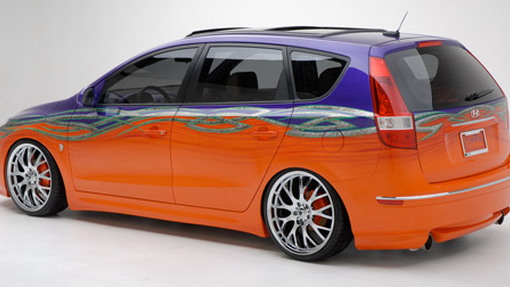 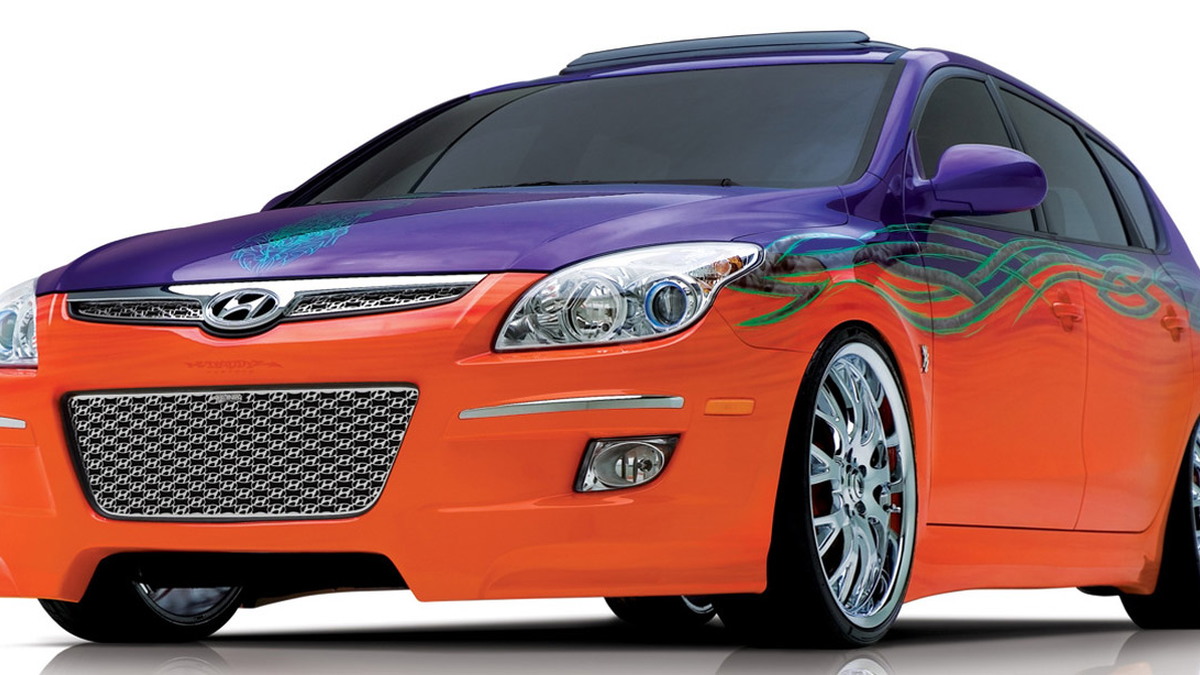 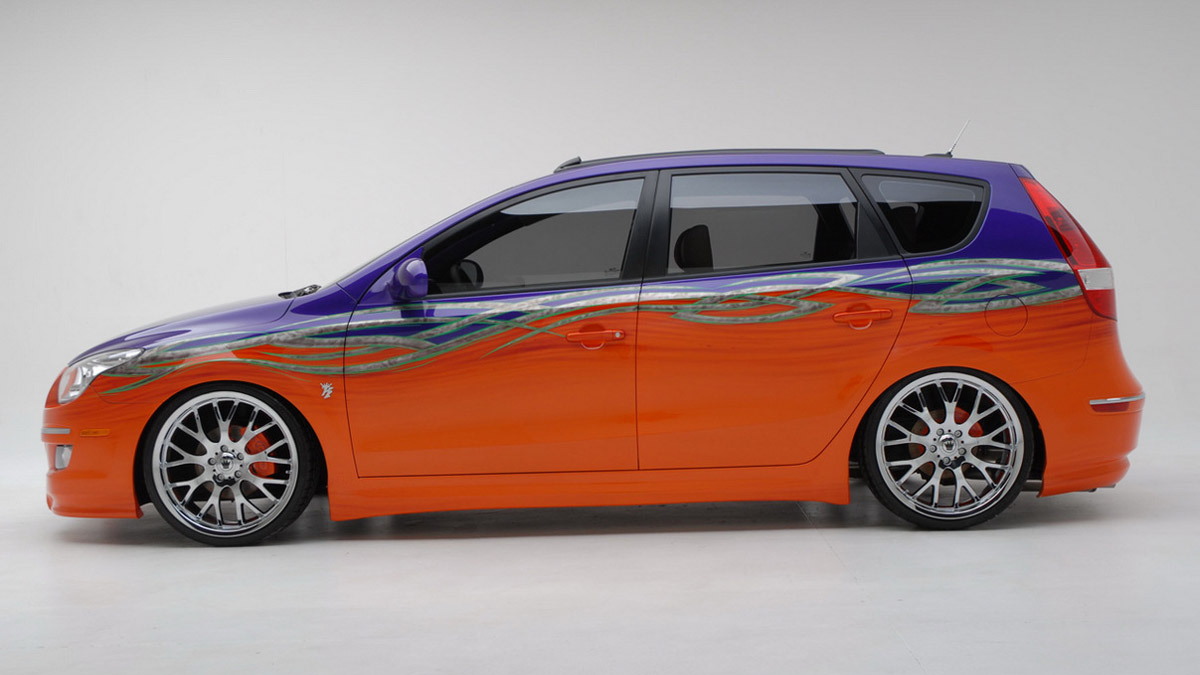 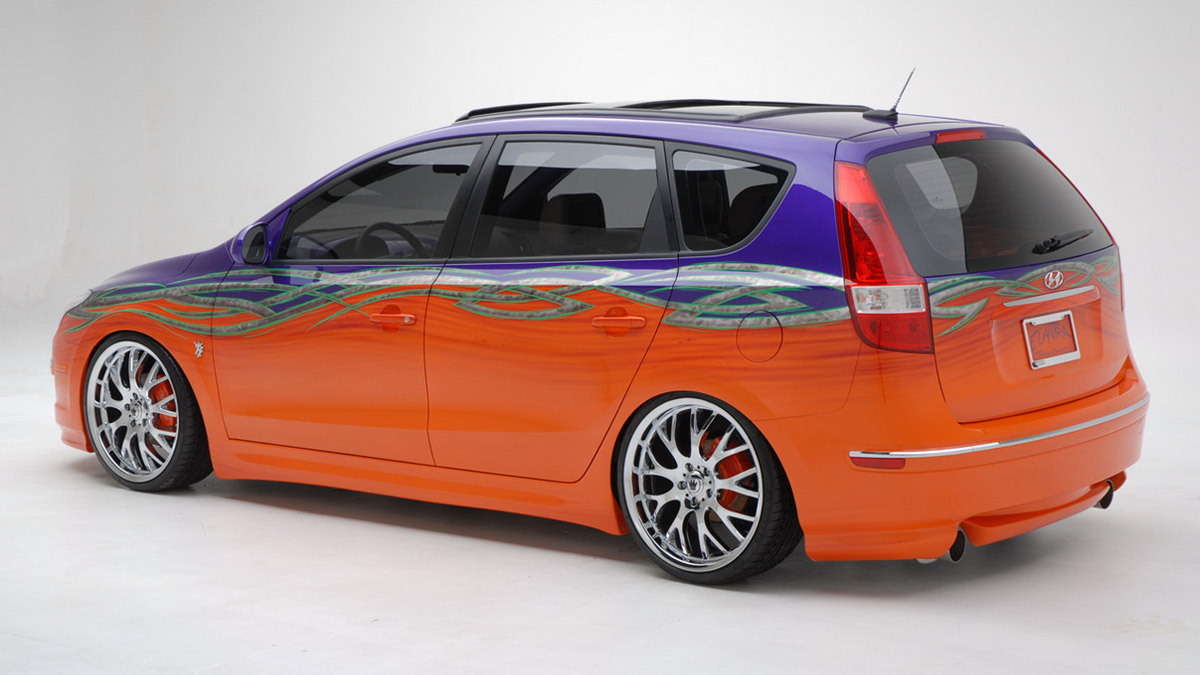 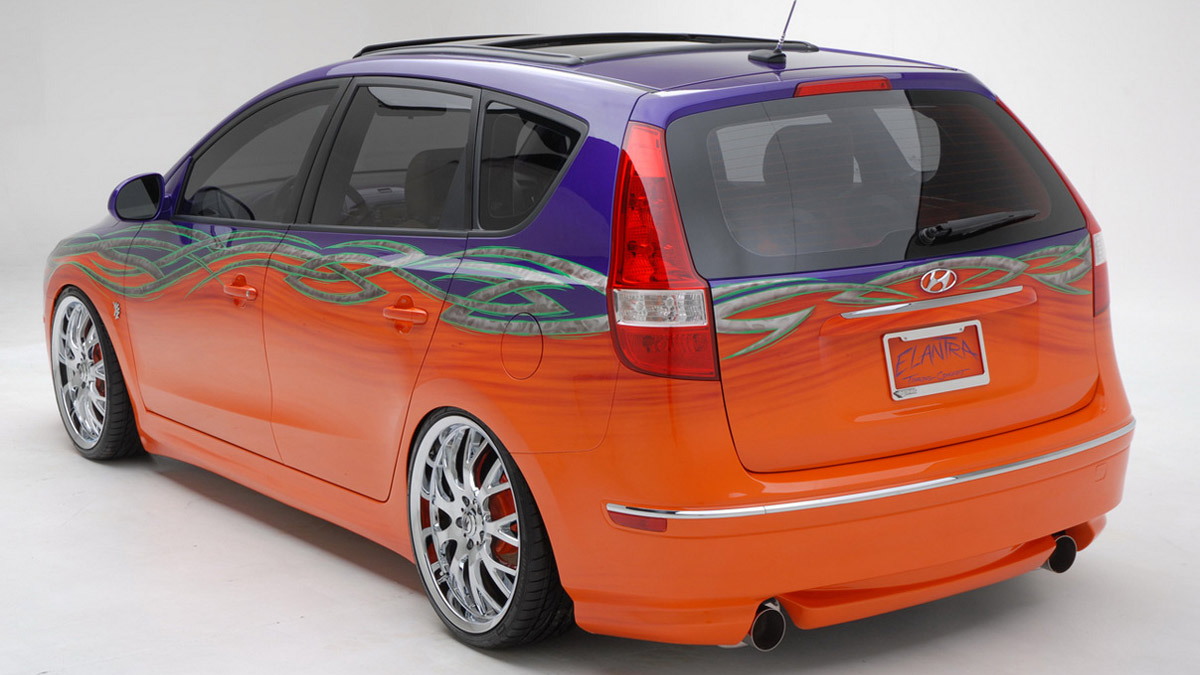 While most other manufacturers are going with a performance theme for this year’s SEMA Auto Show, Hyundai has picked a ‘beach’ theme for its showcase with the announcement today of the Elantra Touring ‘Beach Cruiser’ Concept.

The car is based on the recently revealed five-door Elantra Touring, which will officially go on sale in the U.S. early next year.

The Elantra Touring Beach Cruiser Concept was customized by California-based K-Daddyz Kustomz and is the fifth consecutive SEMA show car for the Korean carmaker. The car’s exterior features a two-tone paint job with airbrushing and pin striping for extra effect. Other external modifications include a billet grille, 20in Konig Rolf Blix 3 wheels, Dunlop Sport Maxx tires, a MagnaFlow dual exhaust and a full K-Daddyz Kustoms bodykit.

For the interior developers carried over the two-tone theme for the leather trim and added a custom stereo set-up designed by Infinity Audio. They also added a fiberglass speaker enclosure constructed by Hard Core Audio.

The only mechanical changes for the car include the cold air intake and a strut tower brace.