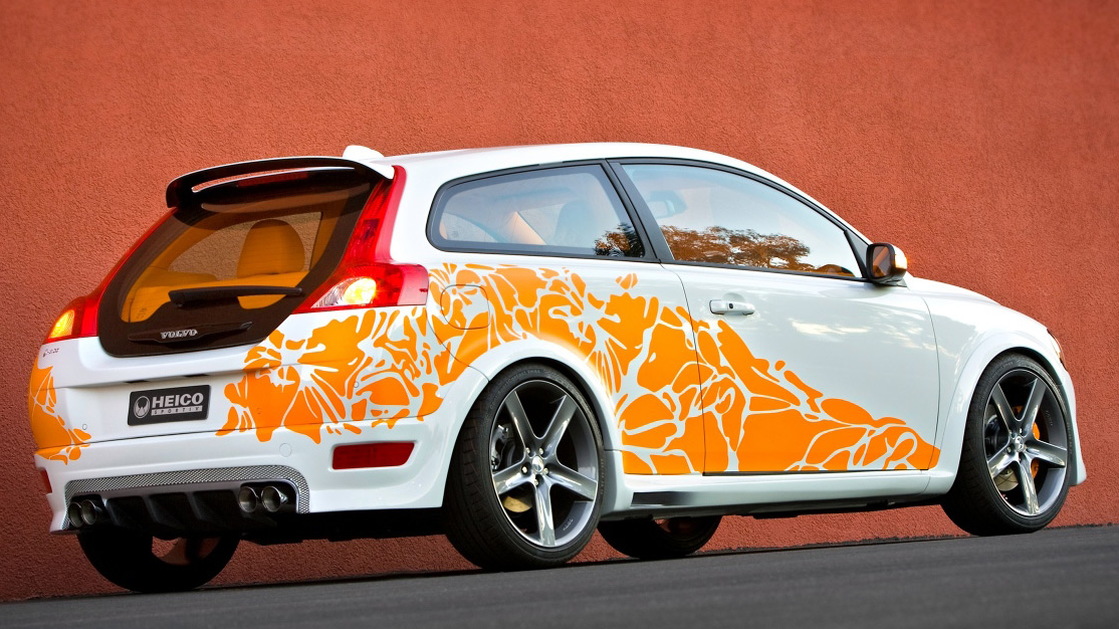 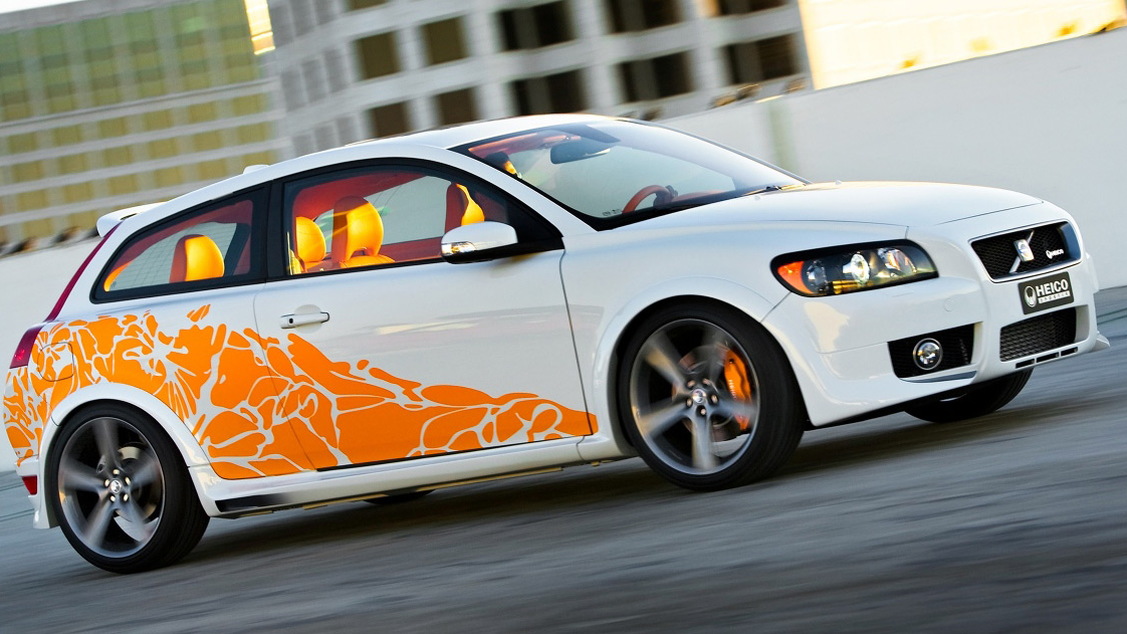 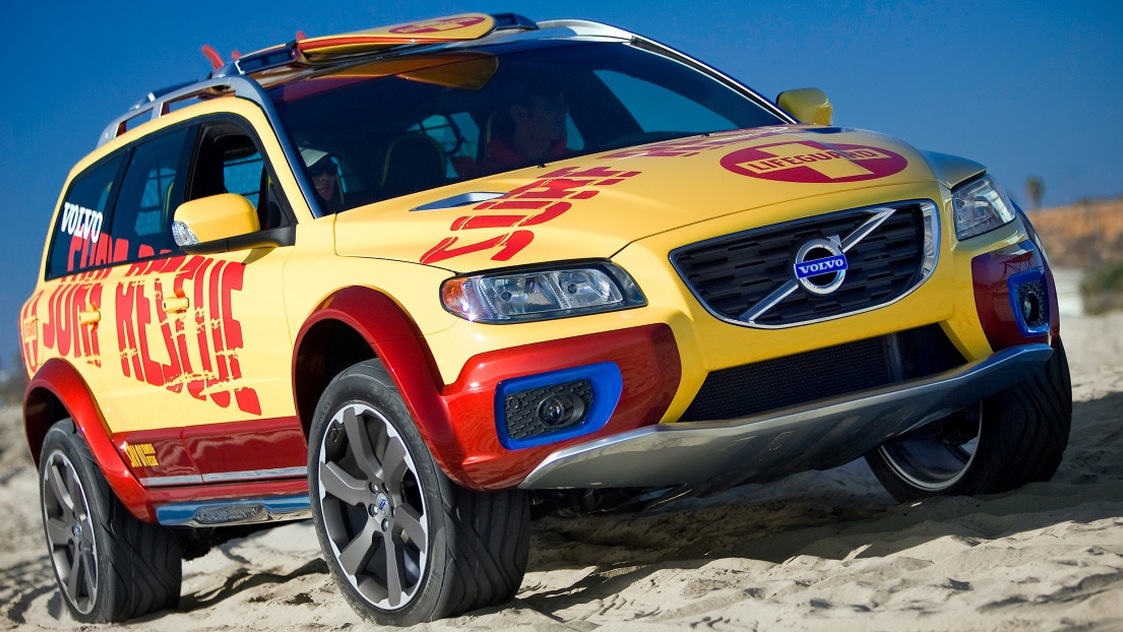 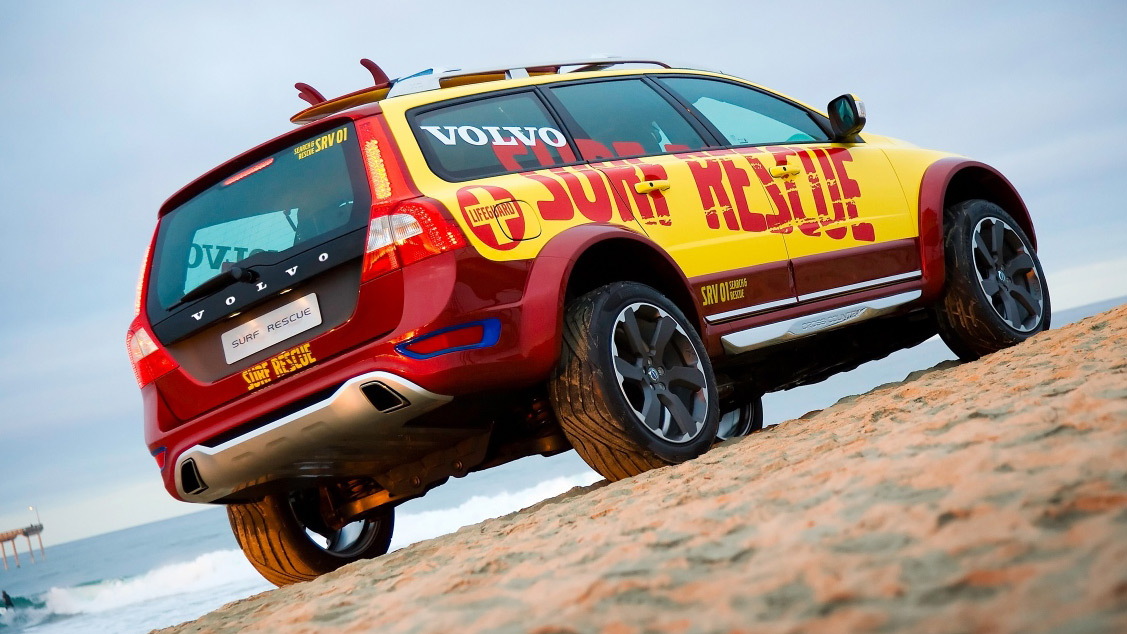 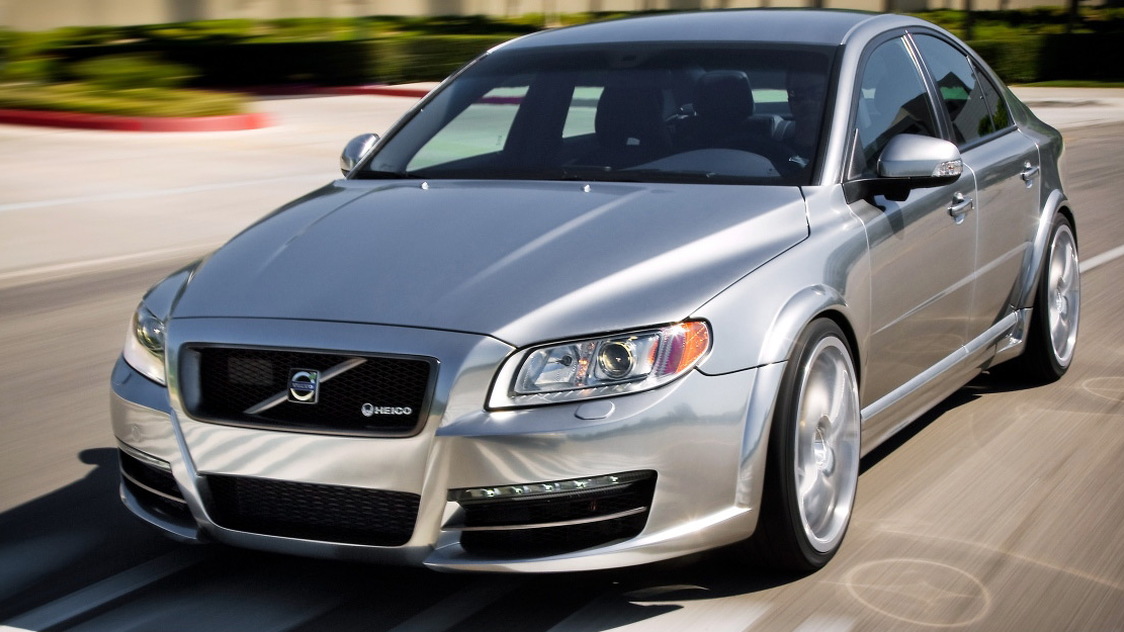 7
photos
Volvo is celebrating its fifth straight year at SEMA by unveiling five highly modified concept vehicles ranging from the all-new XC70 to a high-performance version of the S80 T6, a sporty version of the C30 to a C70 convertible, and a one-off fully custom hot rod. To develop the cars Volvo worked with Heico Sportiv in Germany to build the S80 T6 HPC and C30, while Sweden’s Caresto was called upon to build the C70 and hot rod. The XC70 concept was designed by Volvo and built by Aria, a concept car building firm located in California.

Designed around the lifeguard vehicles seen driving up beaches, the XC70 SR rides atop a 5in lift-suspension, oversized tires and heavily modified body panels. Inside is a full compliment of life-saving equipment and custom rescue surfboards. The 3.2L engine produces 235hp transferred through all four wheels via Volvo’s electronically controlled all-wheel-drive system.

The S80 T6 HPC features a 350hp E85 bioethanol T6 engine mated to an all-wheel-drive system. Its exterior features a unique seven layer “metal effect” paint scheme, while inside is a fully custom blue leather interior with a sweeping aluminum center stack that arcs seamlessly from the top of the instrument panel to the rear bucket-style seats.

Similar to the XC70 SR, the Heico C30 is inspired by surfing; this time from the unique surf pattern inlay found on the C30’s aluminum center stack. The car also features a lowered stance, a fully custom body kit with integrated spoilers and larger air ducts. Final output from the engine stands at 300hp, brought about by the addition of a larger turbocharger and quad tailpipe exhaust system.

Built as a successor to the Caresto Hot Rod that made its debut at last year’s SEMA show, the Caresto C70 features 278hp powertrain and distinctive paint scheme. The interior has been completely redone featuring hand stitched chestnut leather. Body modifications include new front and rear bumpers with distinctive brushed aluminum inserts around the fog lights and custom exhaust ports.