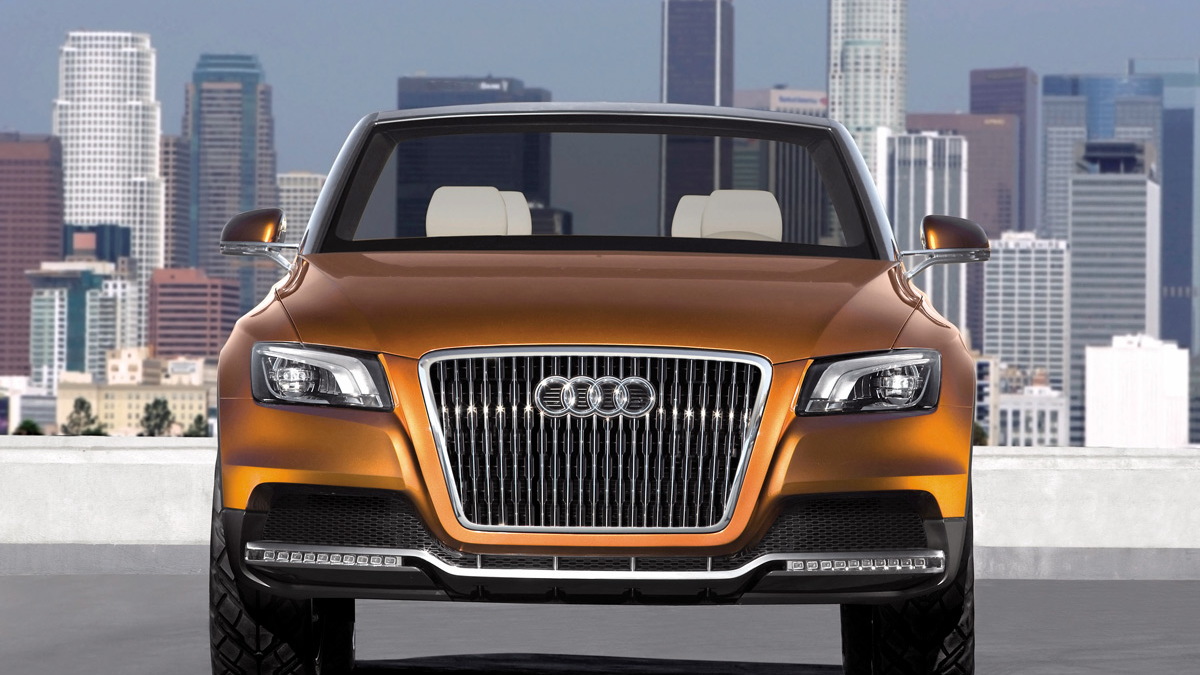 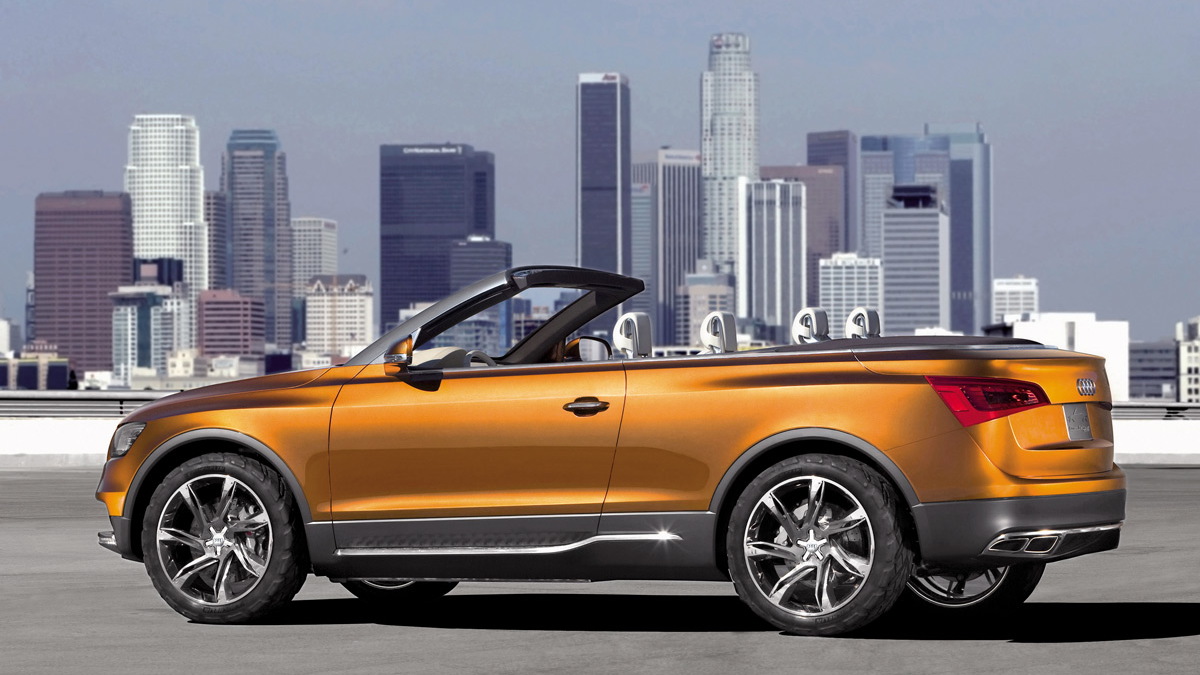 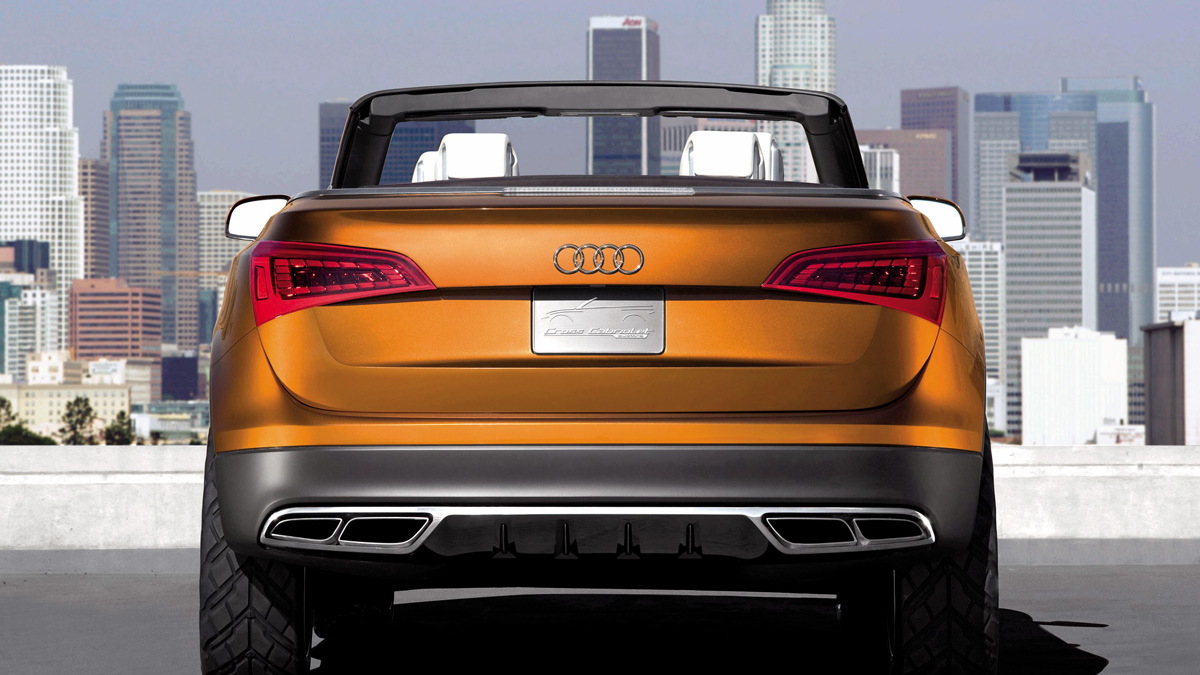 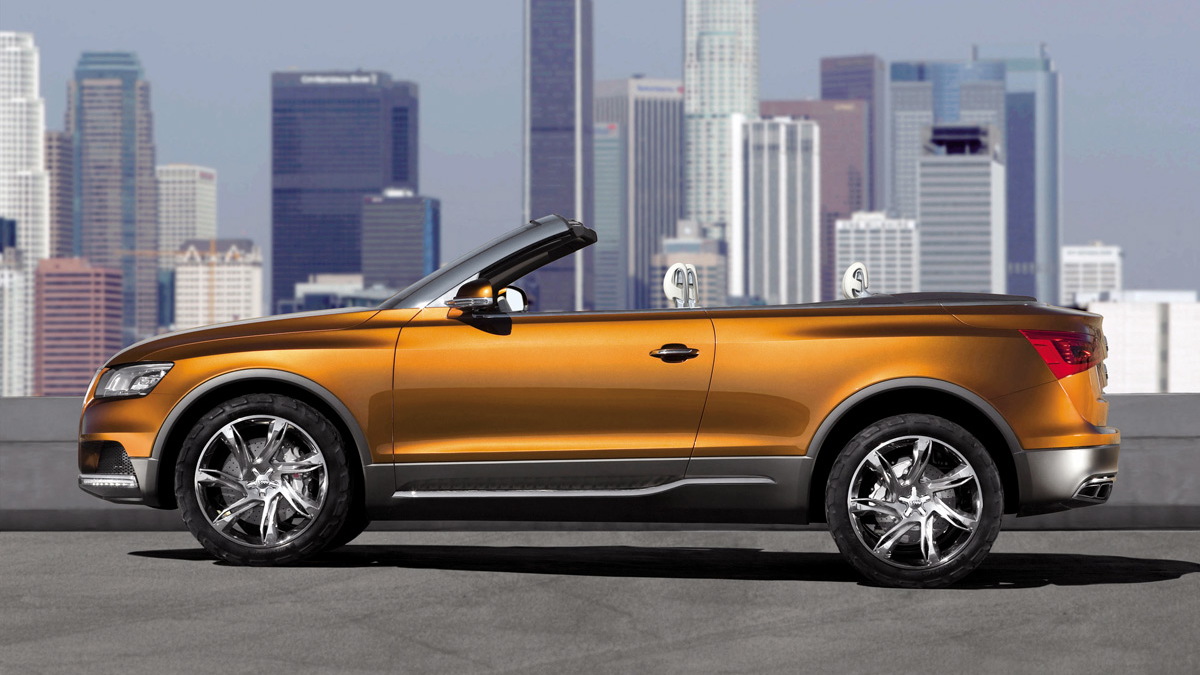 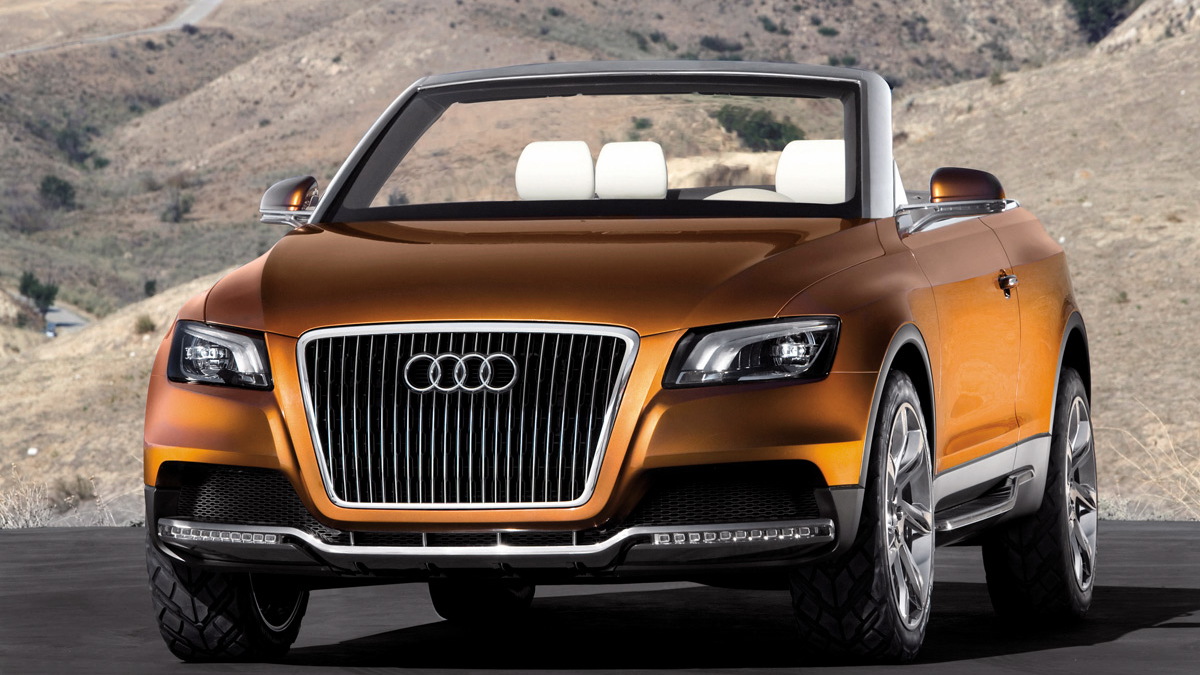 One of the more bizarre concepts starring at this week’s Los Angeles Auto Show is the Audi Cross Cabriolet quattro concept, a vehicle that combines the ruggedness of an SUV with the style of a cabriolet. Look past the show car paintjob and add a pair of doors and a roof and you’re looking at Audi’s upcoming Q5 off-roader.

The new Q5 won’t go into production until the middle of next year but until then we can pick up some vital clues from this latest concept. It measures 465cm in length and 191cm across, which puts it in a similar category to the BMW X3 and upcoming Mercedes GLK.

Under the hood is an ultra-clean diesel engine with 240hp and 500Nm (369lb-ft) of torque. Drive is sent to all four wheels via quattro AWD and a six-speed transmission that uses paddle-shifters located behind the steering wheel. Accelerating to 100km/h from rest takes roughly 7.2 seconds and top speed lies at 240km/h.

Where it really stands out is in its fuel consumption, which comes in at 32mpg (7.3L/100km). The engine is also fully compliant with upcoming Euro6 emissions standards due in 2014 as well as California’s Bin5 standards. Production versions of the engine will arrive as early as next year.

There’s no official word if the production Q5 family will feature a droptop version but with the reveal of this concept the SUV-cabrio has suddenly become a possibility.