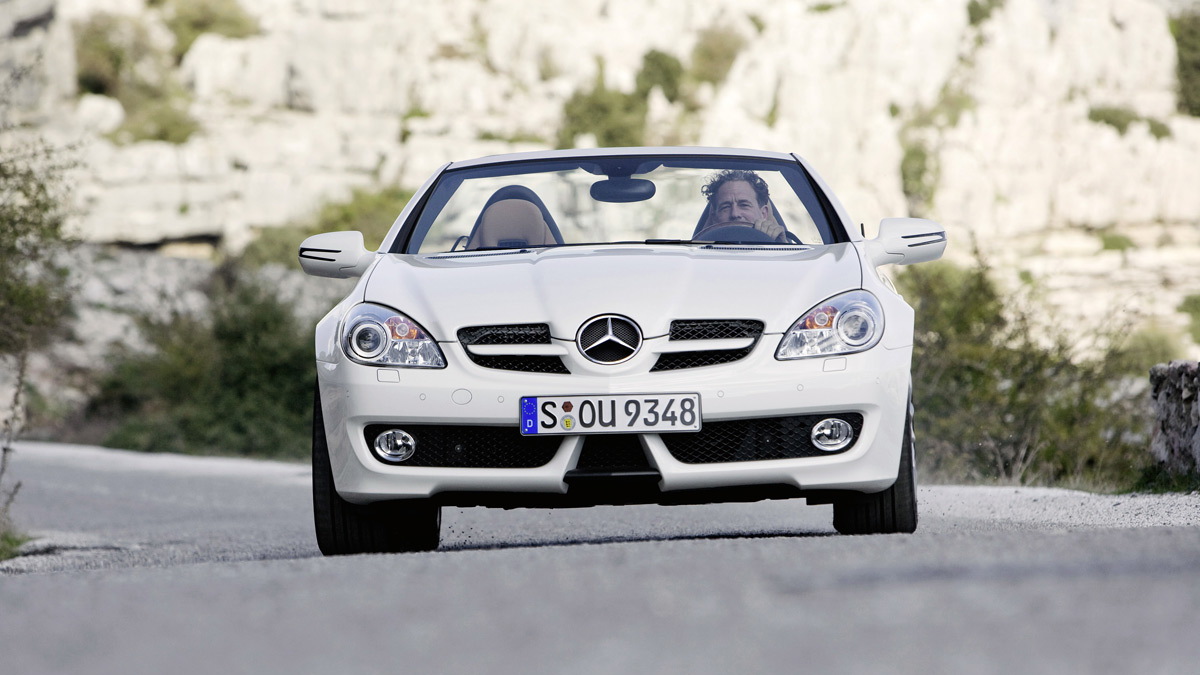 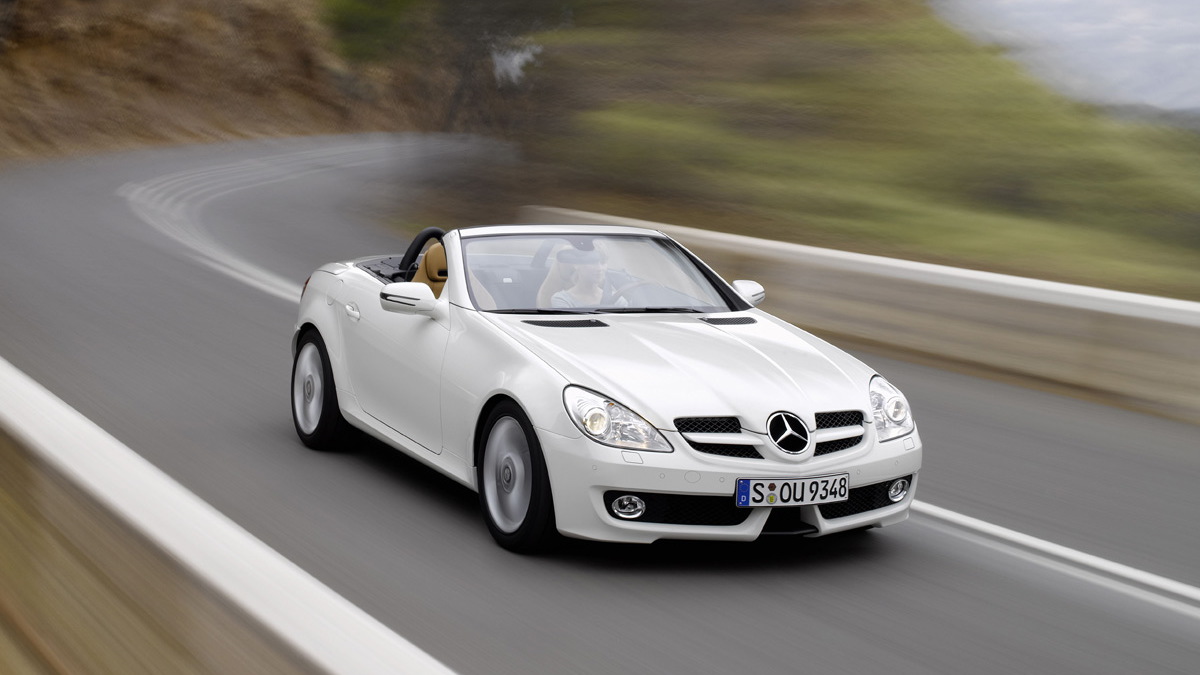 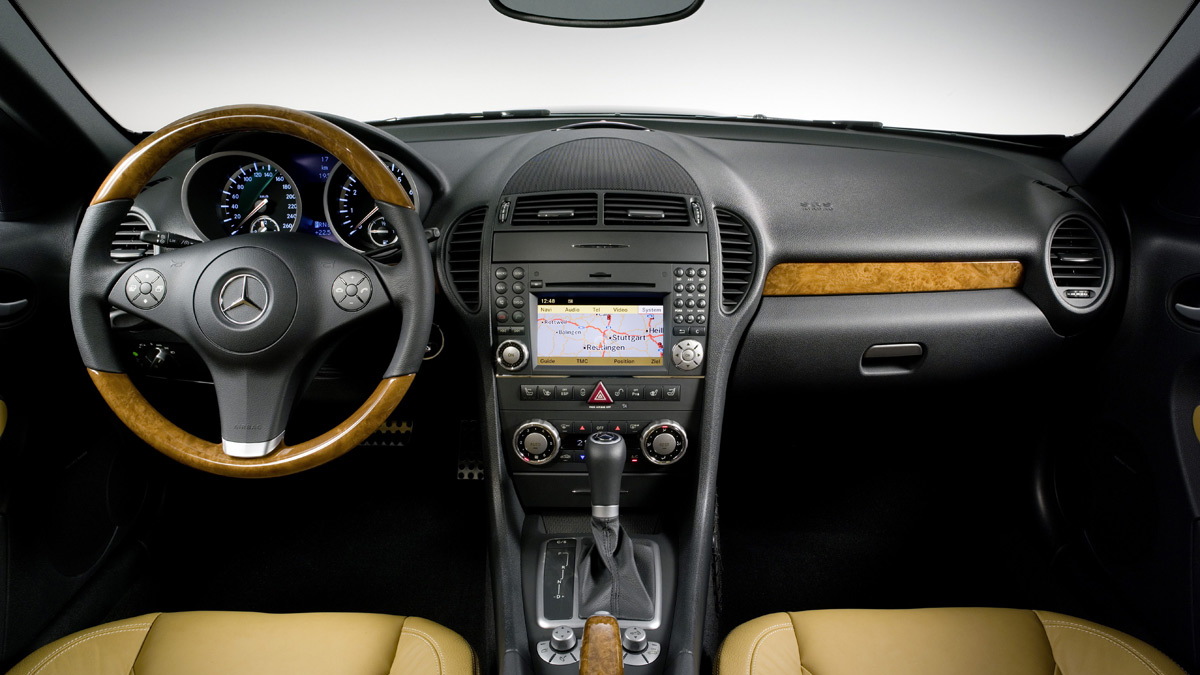 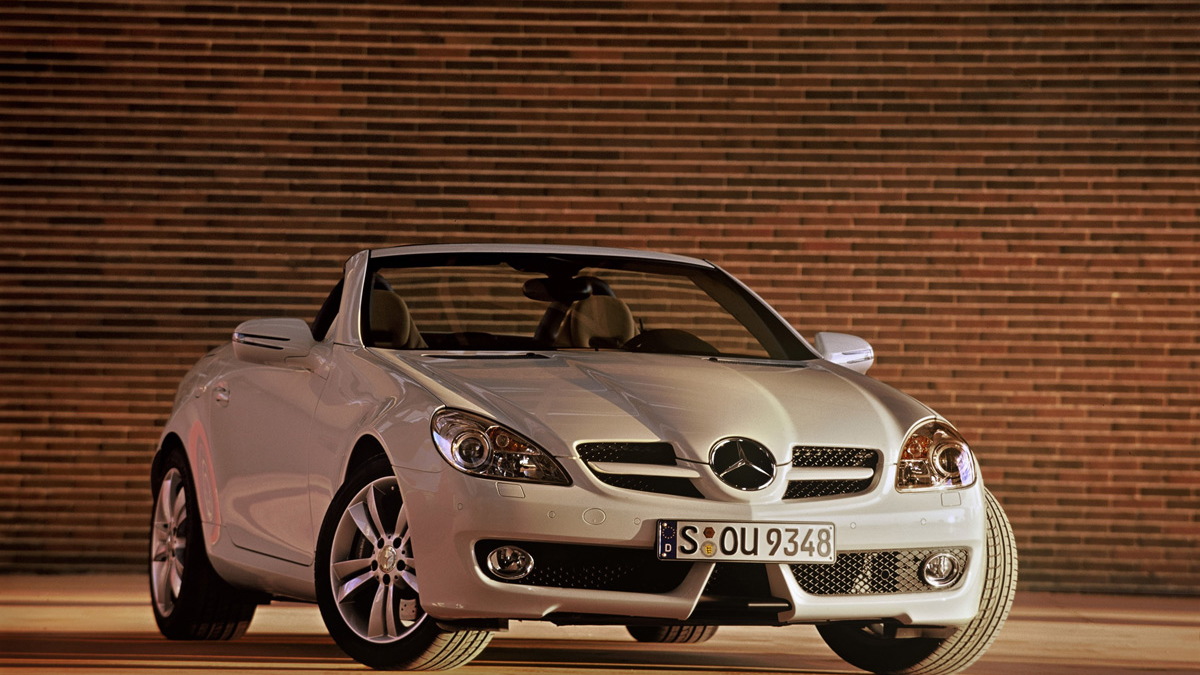 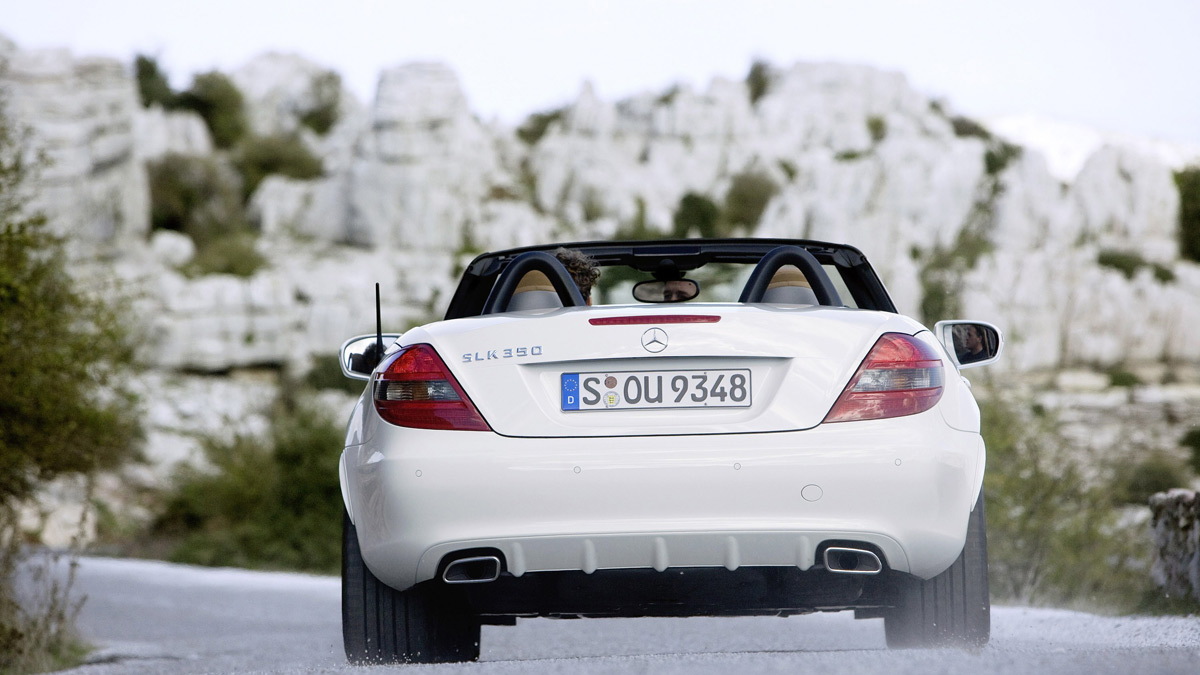 10
photos
Growing pressures over CO2 emissions in the EU are threatening to force powerful luxury cars into extinction, but Mercedes’ SLK update shows it has what it takes to survive. Adding more power and torque while decreasing emissions is a real engineering feat, and that’s just what Mercedes has done. Throw in segment-leading style and no-compromise luxury appointments and you have one of the best roadsters money can buy.

The three updated SLKs (the 200, 280 and 350) all receive six-speed manuals as standard equipment, while the top-end 55 AMG is fitted with the 7G-Tronic seven-speed automatic as standard. A new ‘direct-steer’ system is also standard on the 55 AMG and optional on the other models, and promises easy driving around town and suitable sportiness at higher speeds with its variable assist. Although the 55 AMG is basically untouched mechanically, it does receive some new visual cues. The front end gets a new apron with black-painted cross member and side air outlets in addition to darkened headlamps.

The whole range gets new audio and telematics and an updated interior. The NTG 2.5 audio and telematics suite offers easier operation and more functions, including integrated hands-free system with Bluetooth, a glove-box mounted media interface that allows full iPod integration and Mercedes’ Linguatronic voice-operated control system is available as an optional extra.

A new three-spoke sports steering wheel is common to the line, featuring multifunction controls to access the car’s various without taking your hands from the wheel. Also new are the optional ‘gullwing red’ leather appointments reminiscent of the 300 SL Gullwing. Other new interior options include nappa leather in natural beige and pale burr walnut and black ash grain wood trims.

Disappointingly, Mercedes has decided not to upgrade the AMG model to the newer and more powerful 6.3L V8 engine as found on other models. Hopefully it will make an appearance on the all-new next generation SLK due in a few years.