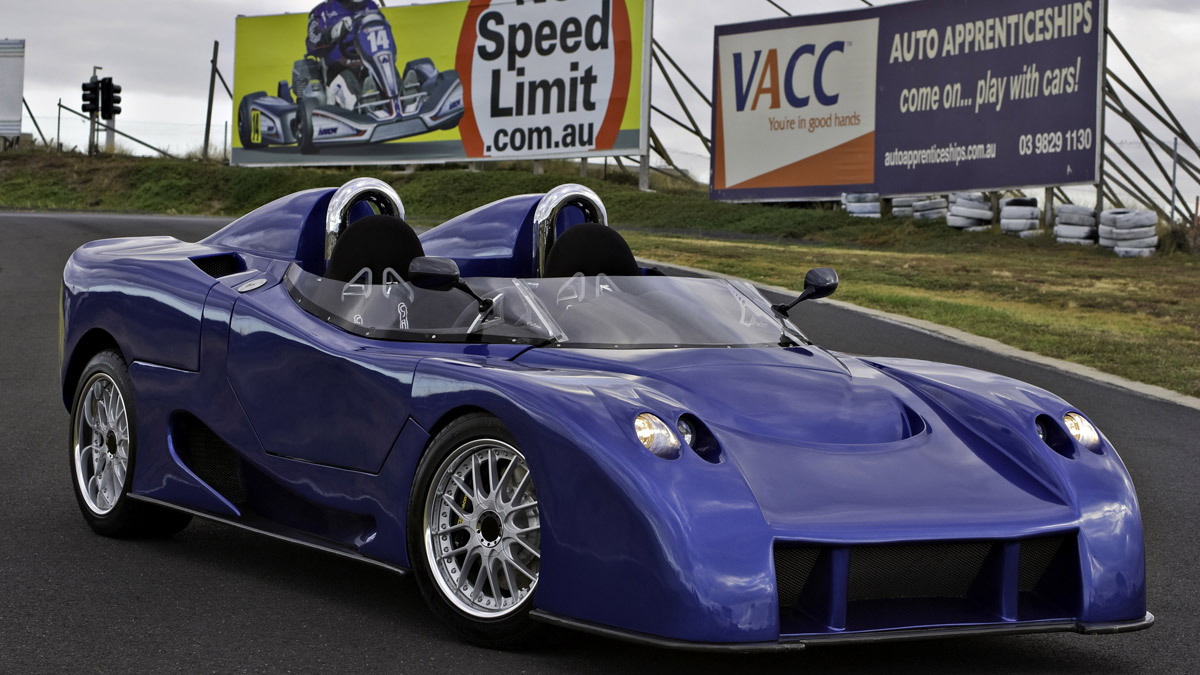 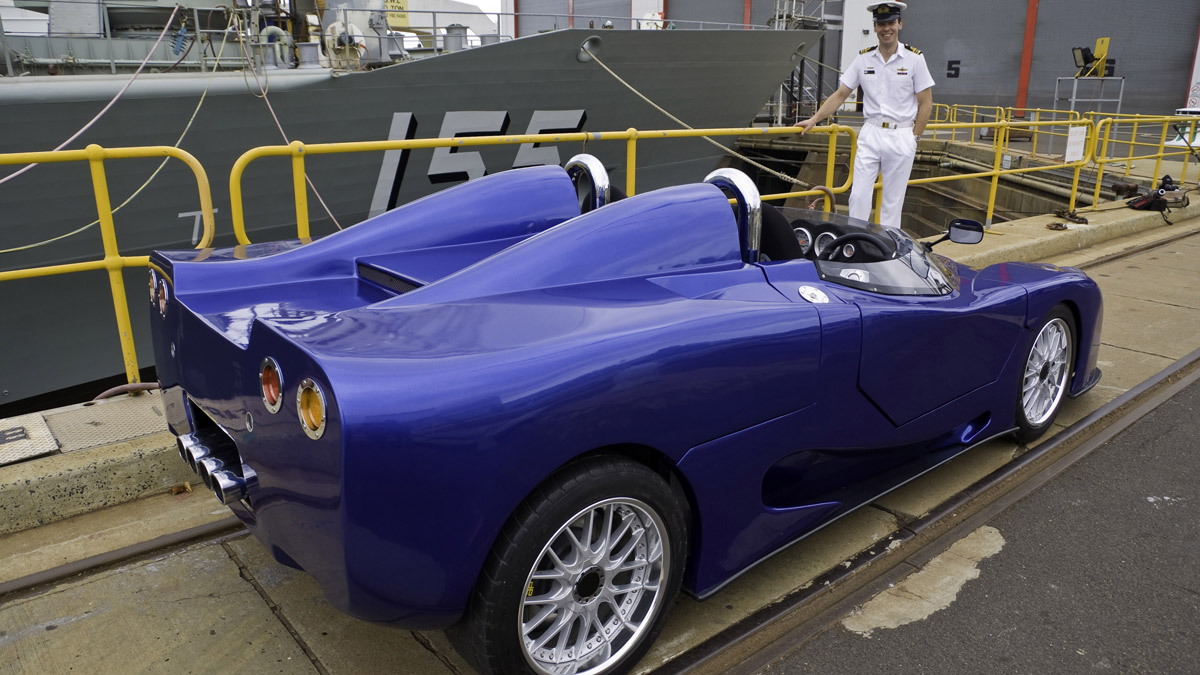 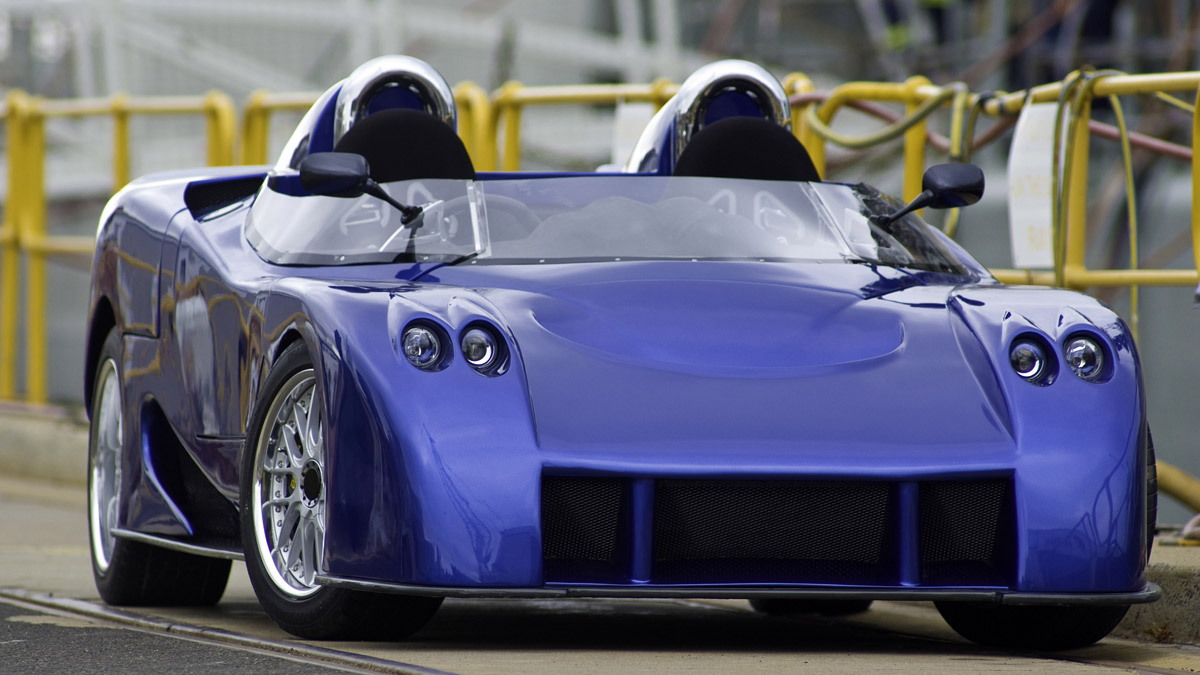 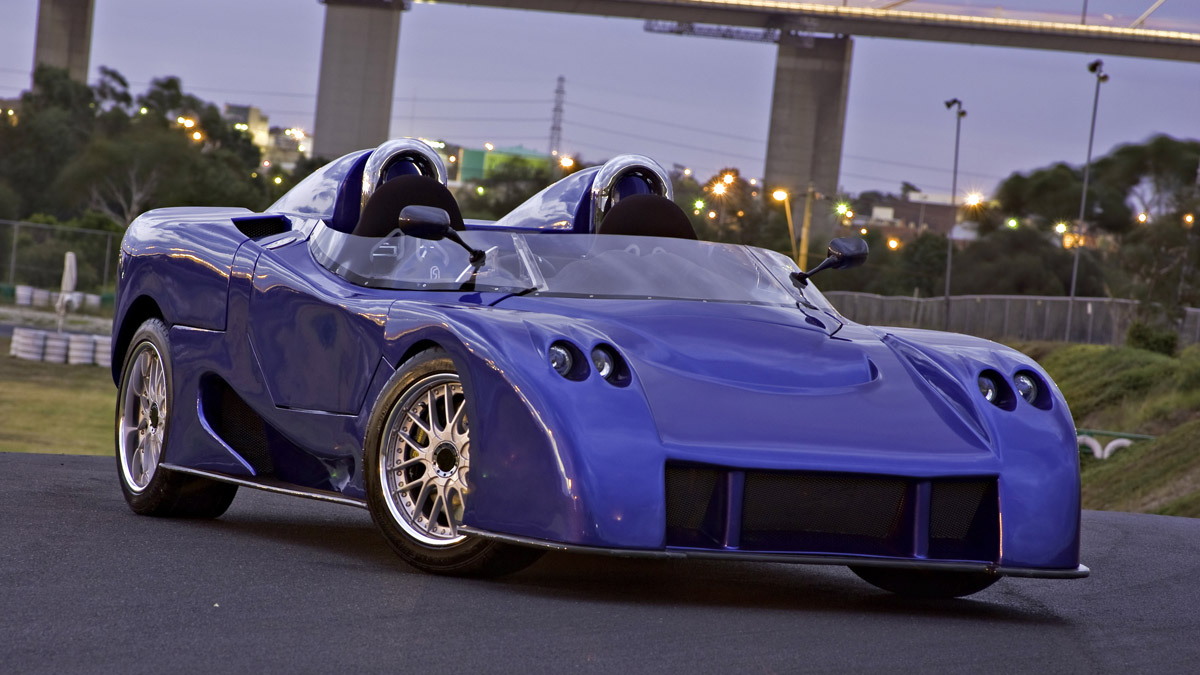 5
photos
This open top racer is a road-legal sports car developed in Australia and is set to be unveiled at the upcoming Melbourne Motor Show in full production trim. The new model is called the E-Vade and the first production cars have already undergone initial shakedown trials at Port Melbourne’s VACC Park go-kart circuit.

The road going version is powered by a 402hp (300kW) Nissan V6 engine and the whole car tips the scales at just 950kg - not the lightest track car ever, but within spitting distance of the Lotus Exige. There are also plans for a track only version outputting around the 670hp (500kW) mark and the first prototypes have already been spotted doing the rounds at the same VACC Park. Power is sent to the rear wheels via a five-speed transaxle built by Albins Off Road Gear and there are plans for a new six-speed version as well.

The car is the creation of David Walter, an Australian Navy Lieutenant, who has been working on the car since 2002 alongside his wife Peta. To keep weight down, Walter employs fibreglass construction for the car’s body and wraps this around a mild steel spaceframe chassis. More details about the final production model, including release dates, will be revealed at the upcoming Melbourne show.