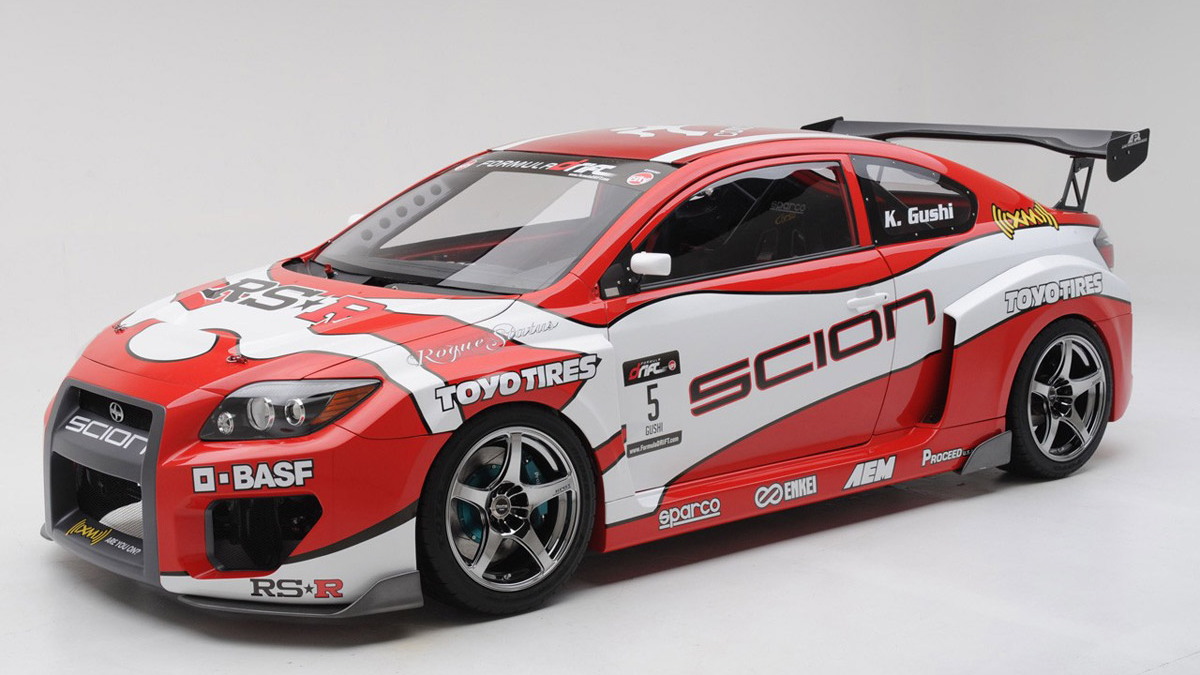 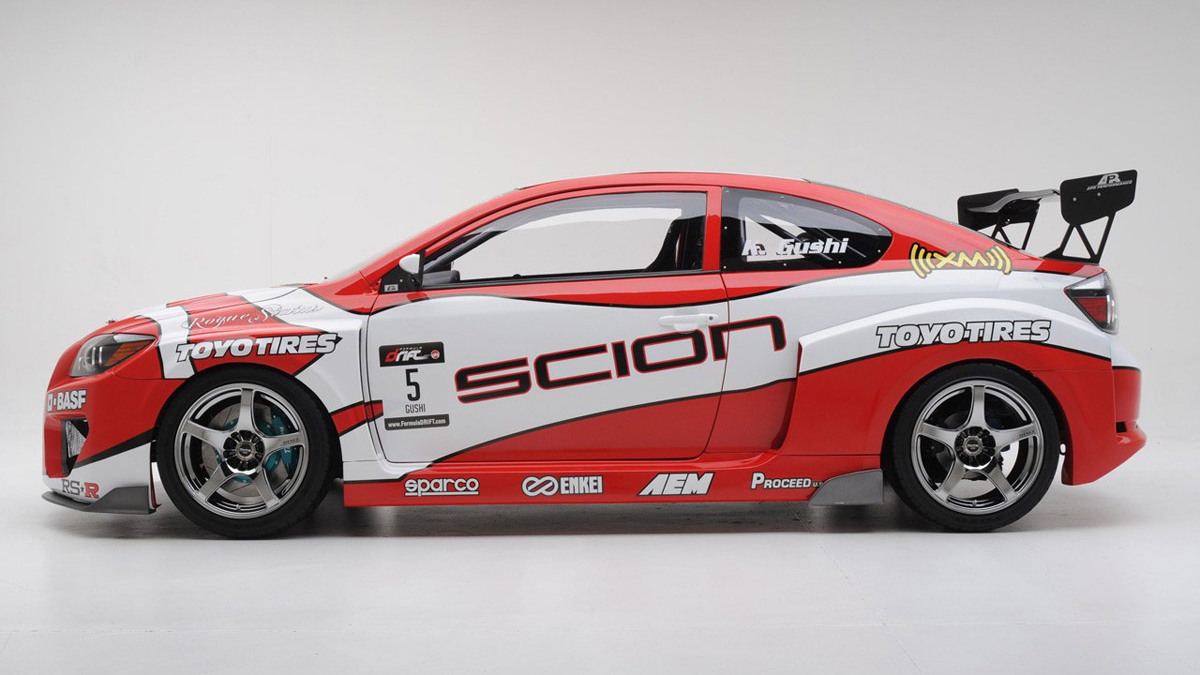 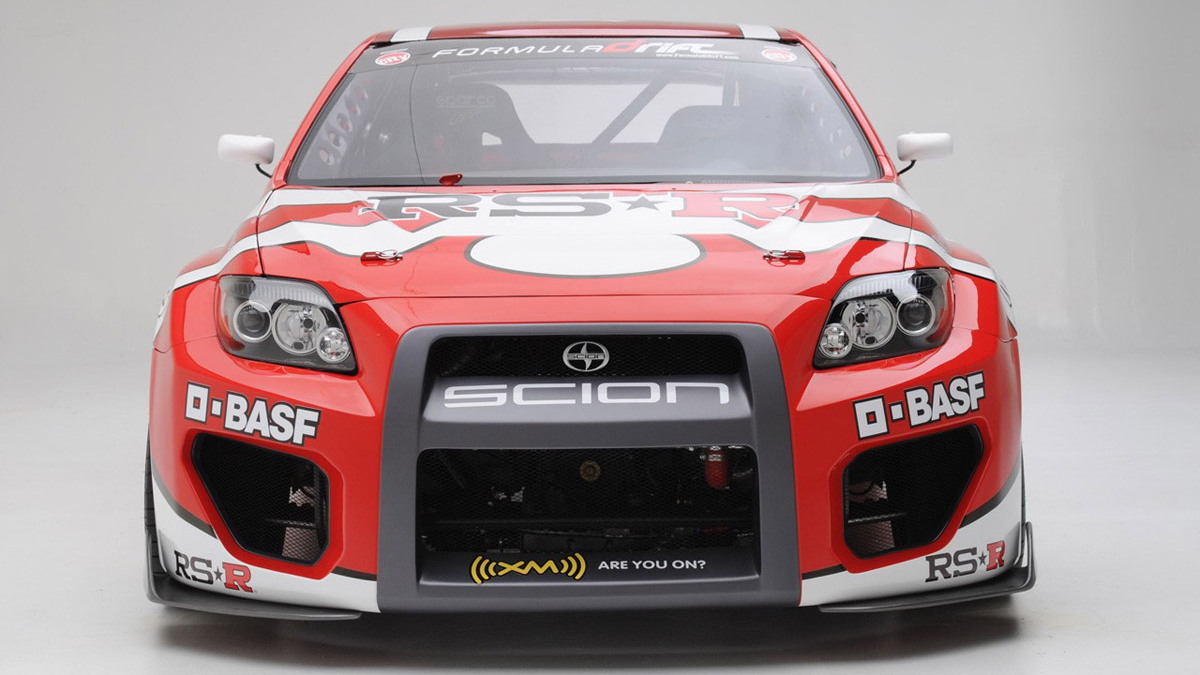 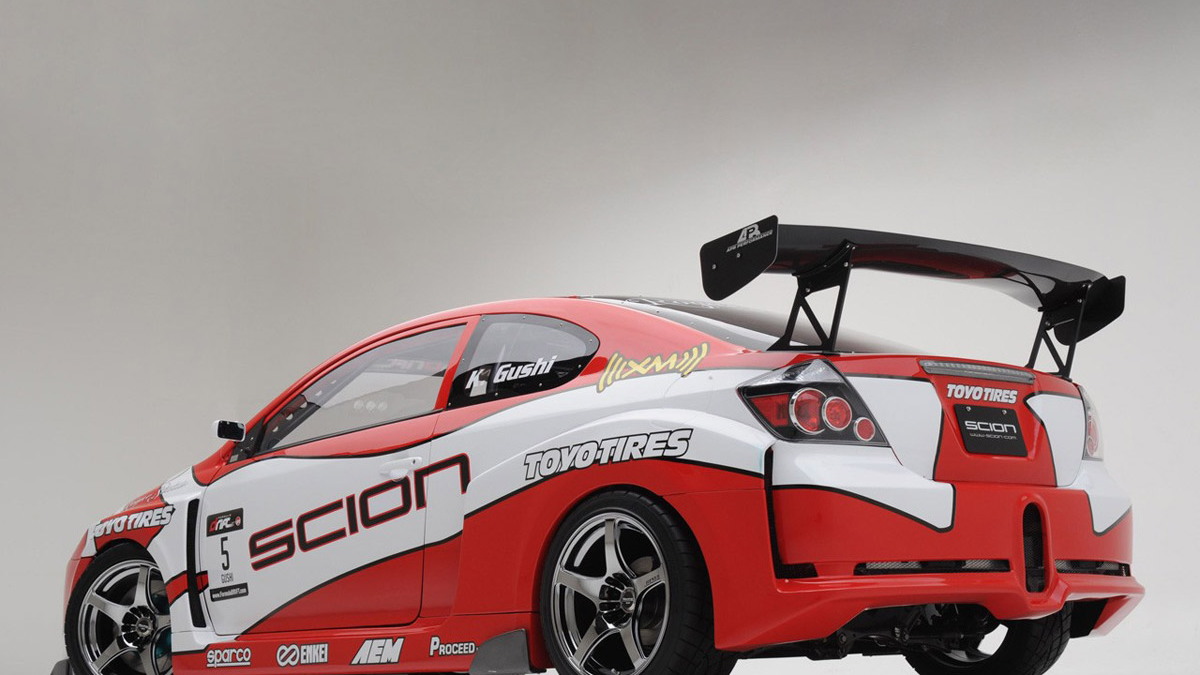 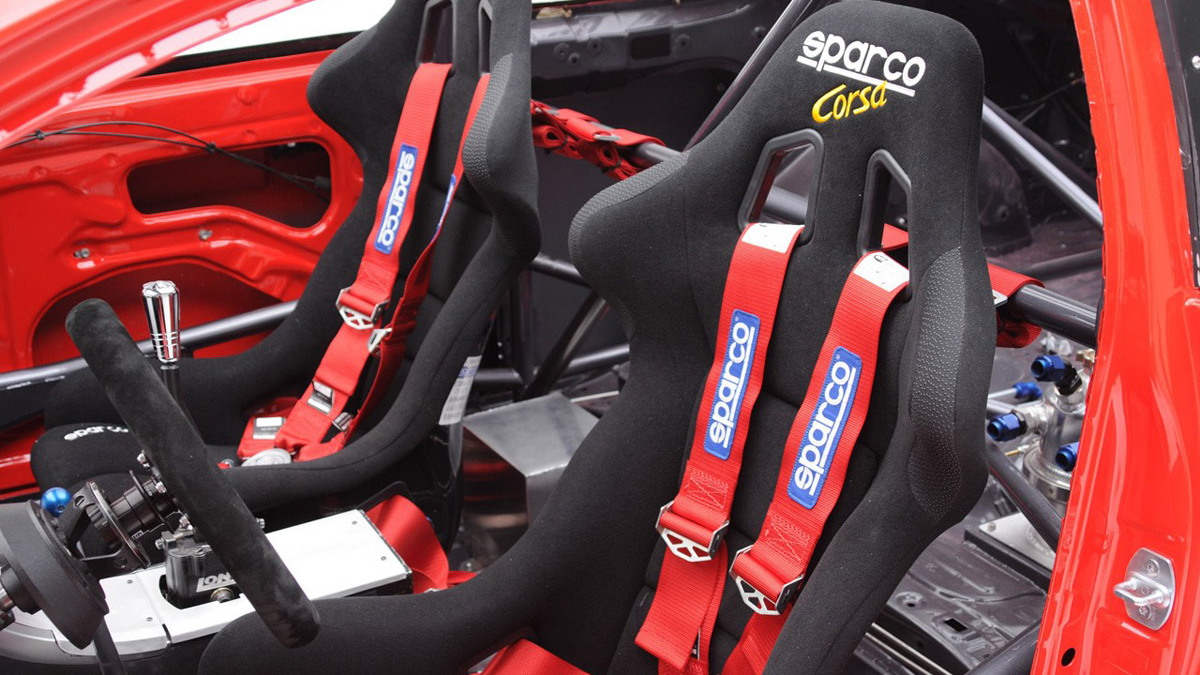 9
photos
Toyota's youth-oriented company Scion has been featuring flagging sales of late, which has inspired the Japanese auto manufacturer to enter the famed Formula D1 'Drifting' series with the Scion tC.

The sports coupe tC was originally built as a front-wheel drive car, a format that isn't very conducive to drifting without the aid of a handbrake, so the Scion was converted to a RWD layout. The conversion was made simple as the tC is built on an AWD platform, although the transverse engine had to be rotated into a longitudinal one to get power to the rear wheels.

The drifting Scion tC, dubbed the RS*R Scion tC, has also undergone an extensive engine upgrade that takes the power from 161hp to over 400 horses to really get those tires smoking. The engine mods include a 3SGE Beams motor, HKS GT3037 turbo and intercooler, Blitz Dual SBC boost controller, and AEM EMS engine management system. The brakes, transmission, clutch and coilovers have all been upgraded as well, giving the car better handling and acceleration.

The RS*R tC drift car will be piloted by Ken Gushi, a driver famed for becoming the youngest driver to compete in D1 at the age of 16. Gushi, who is now 21, will hopefully hold some appeal for Scion's youth market and increase sales for Toyota and Scion.