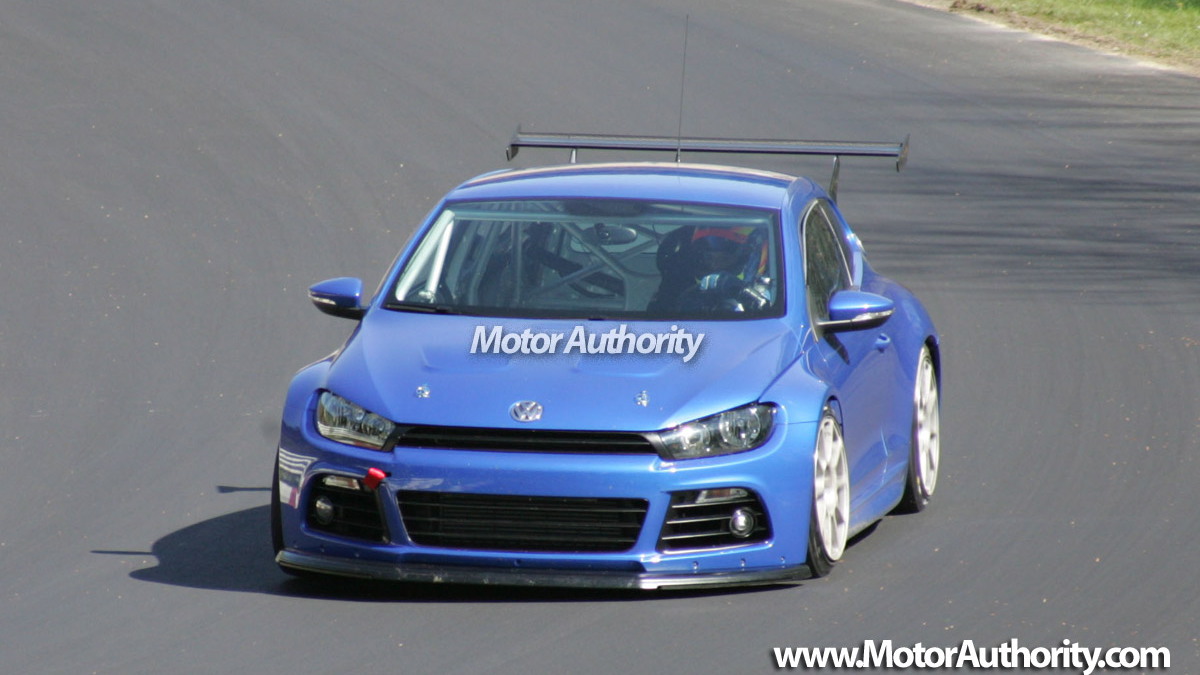 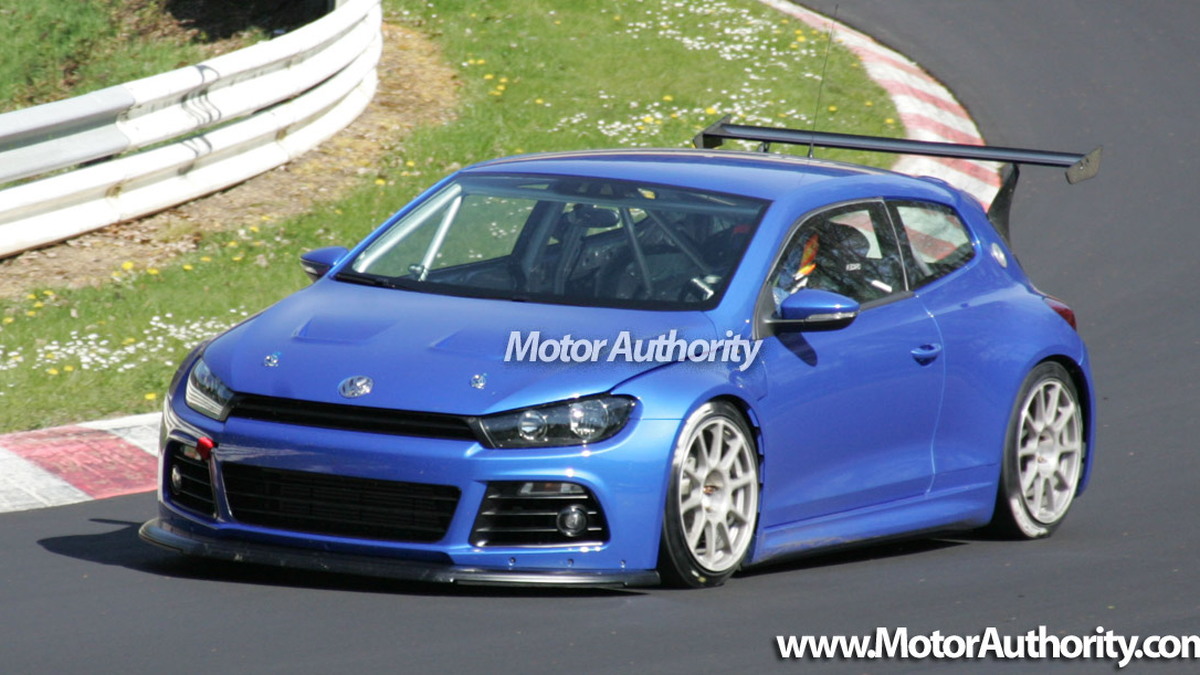 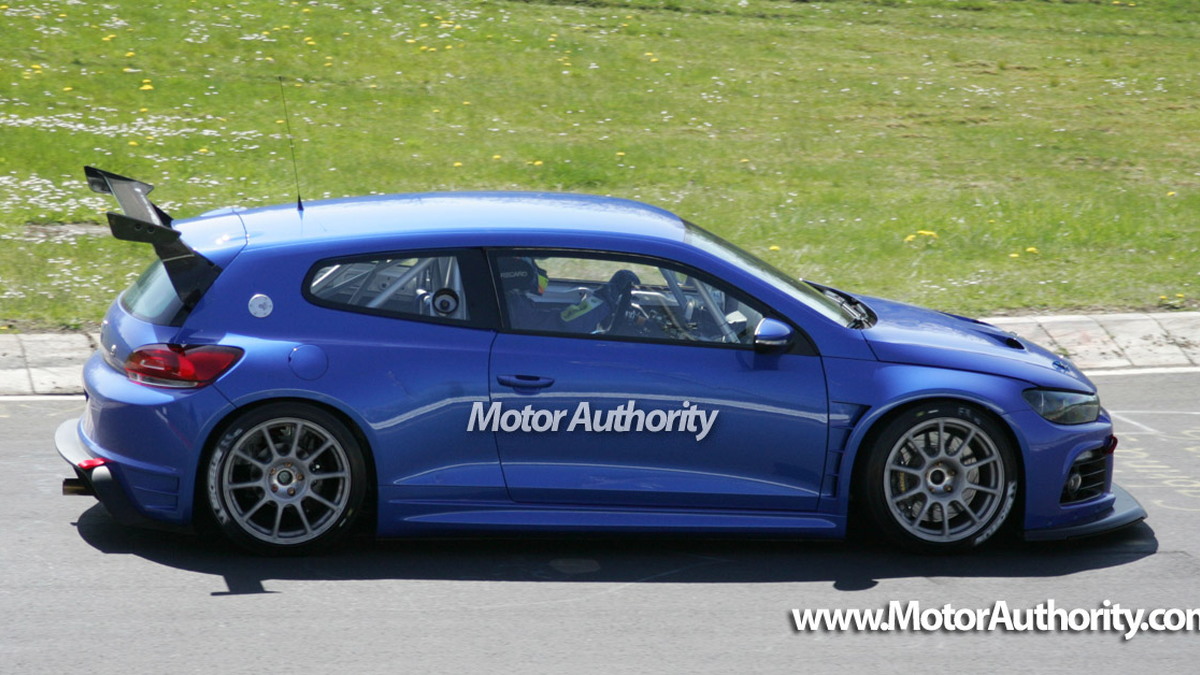 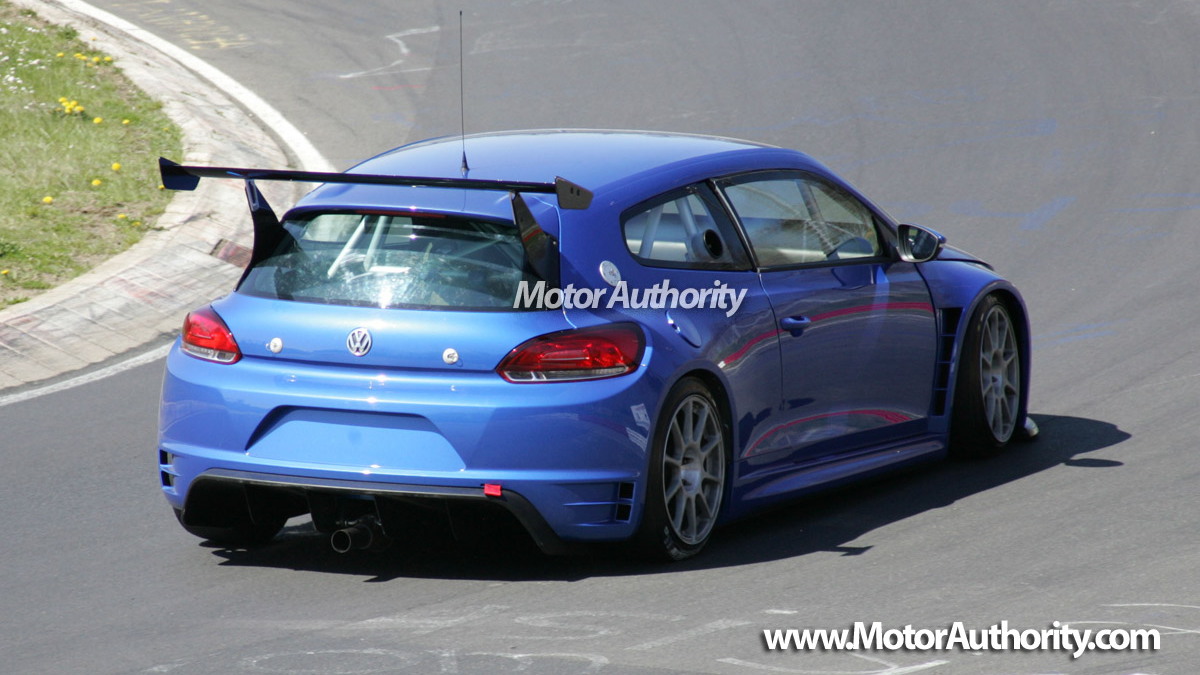 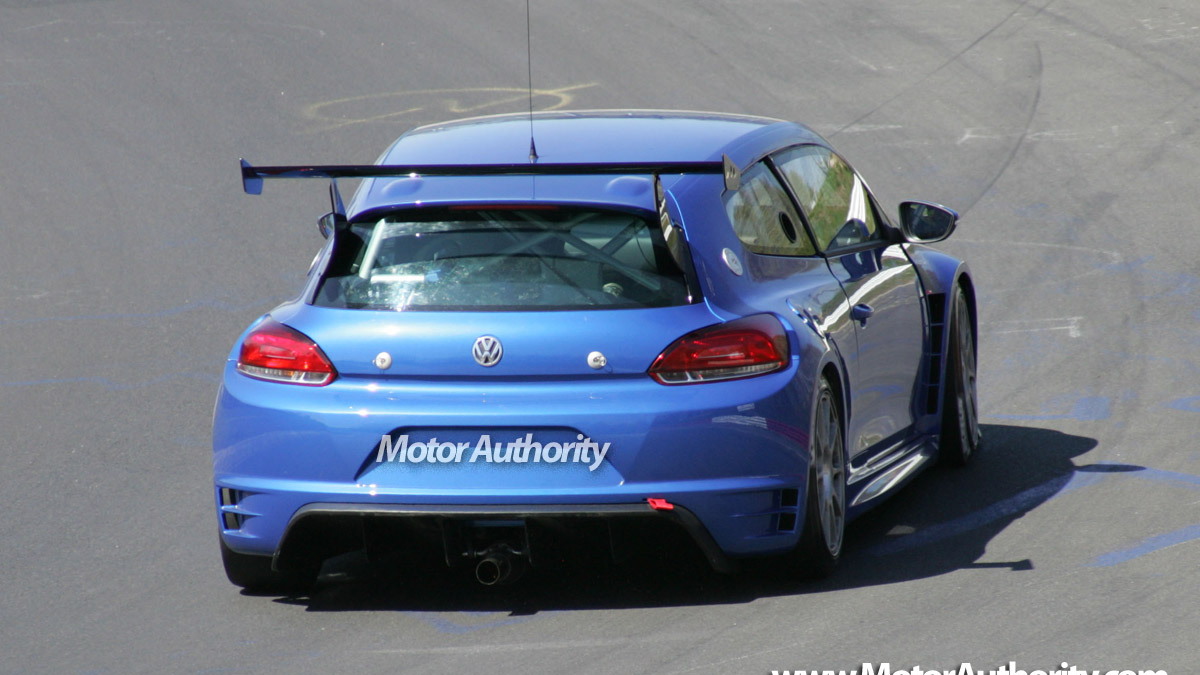 Last month we first heard that Volkswagen would enter its Scirocco coupe in the annual 24-Hour Race at the Nurburgring later this month and now we have the first image of the new 300hp racer. VW will in fact have three factory-developed racing versions of the Scirocco with two-time Le Mans winner Hans-Joachim Stuck and two-time World Rally Champion Carlos Sainz among the list of drivers.

Last year VW’s Golf GTI hatch took top honors in its class and the same 300hp 2.0L TFSI engine design from the race winner will be used in this year’s Scirocco race car. The cars also feature DSG gearboxes with shifting paddles on the steering wheel.

Speaking at the car’s launch last month, Hans-Joachim Stuck said “the Scirocco is one of the most uncomplicated racing cars” he’s ever driven. Also part of the team is VW board member Dr Ulrich Hackenberg as well as a pair of automotive journalists.

Also competing in this year’s event will be a new hybrid race car based on the Gumpert Apollo supercar as well as pre-production Lexus LFA supercar, which you can read about in our previous story by clicking here.