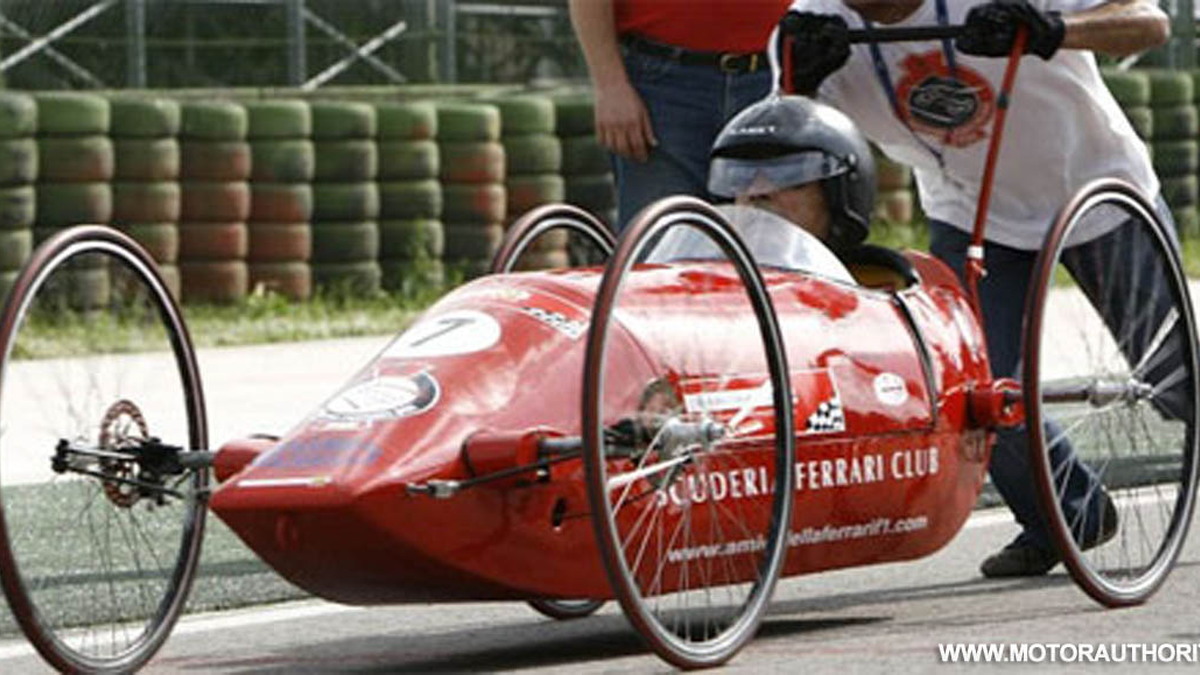 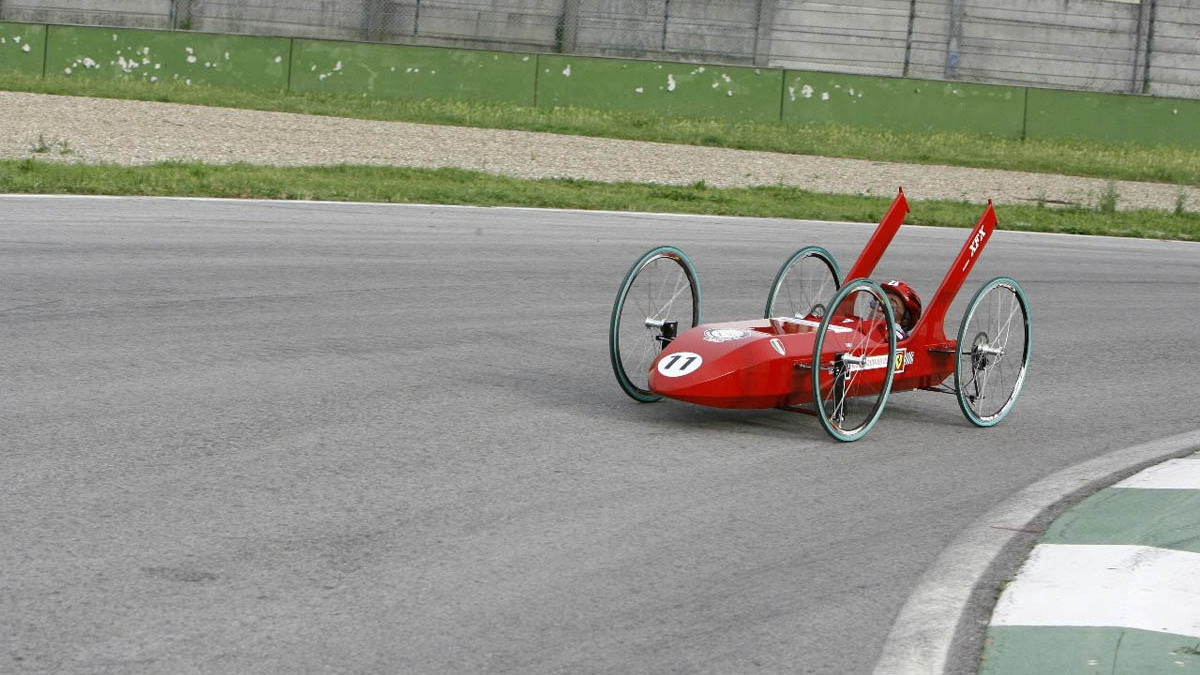 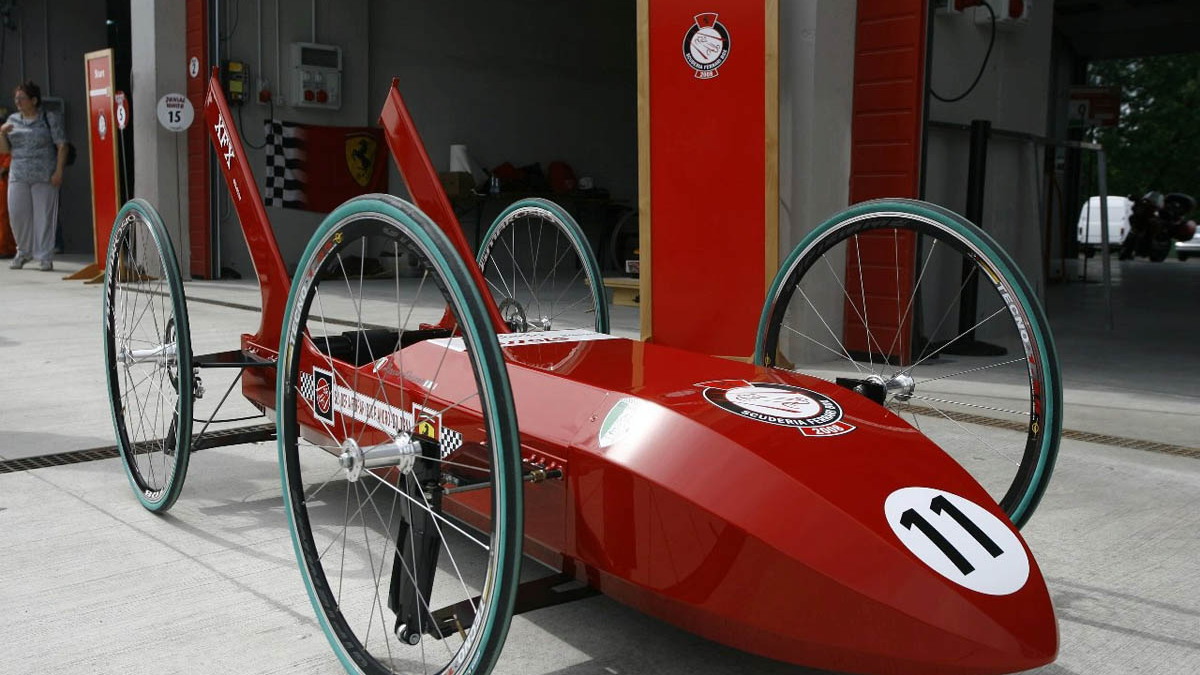 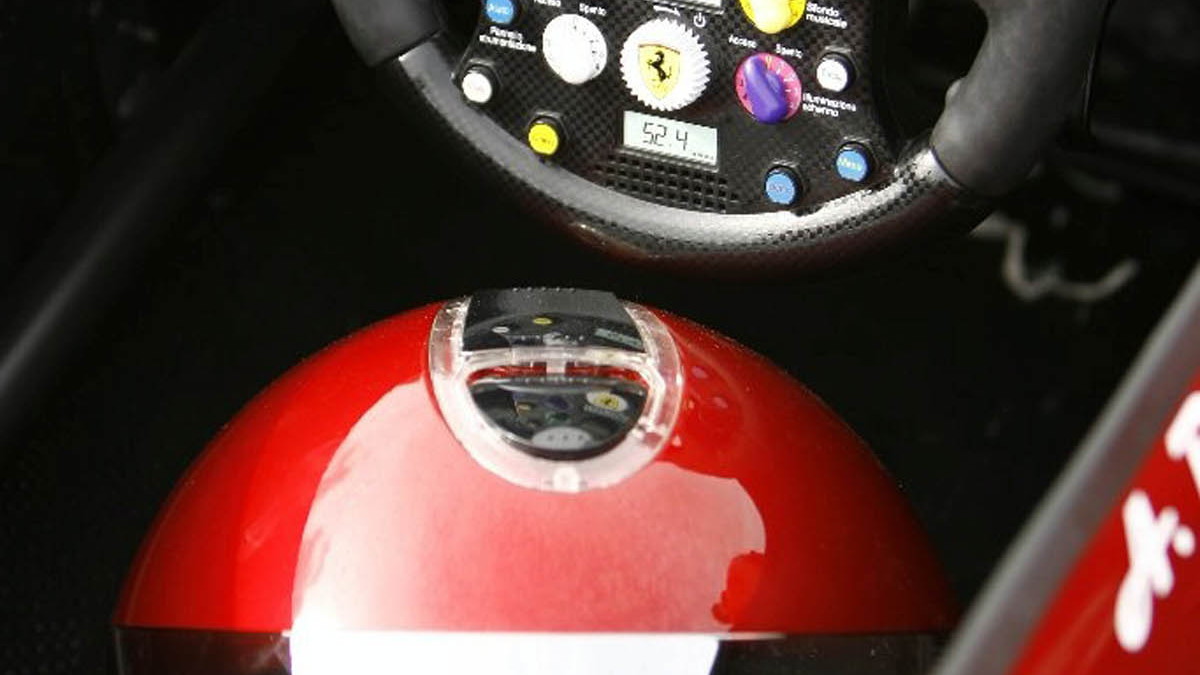 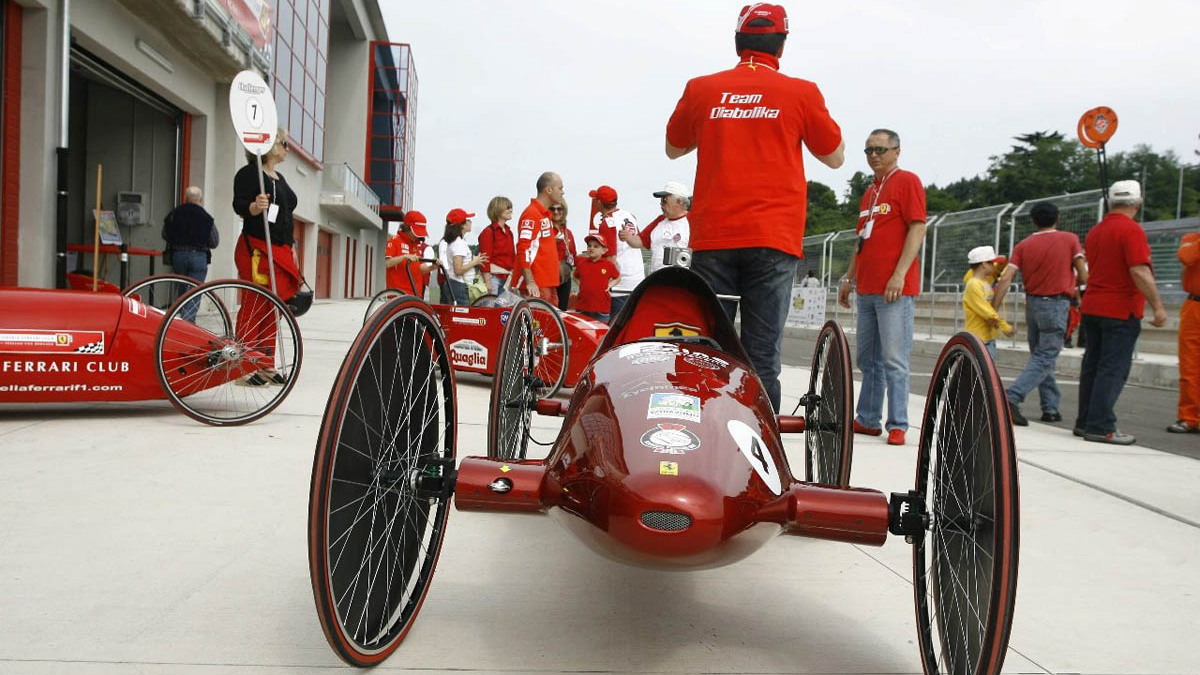 6
photos
When one thinks of Ferrari, images of bright red, low-slung racers come to mind, borne forward on the wail of a high-revving V8 or V12. For the crews and drivers of the Scuderia Soap Box trophy races, the louder half of the equation is left off.

Gravity-powered racing at its finest, the competition is composed entirely of teams of members of the Scuderia Ferrari Club. They build cars and race them through courses at a series of sites, collecting points and running for a championship, just like their petrol-powered counterparts in red.

The first round at Imola, saw Adriano Zocca pilot an XFX model soap box racer to victory for the Bologna Scuderia Ferrari Club. Fourteen other cars and teams entered the race, and will challenge again for the points lead in Milan this Saturday as part of the Bianca dello Sport night.

They may not be as high-speed or high-powered, but the gravity racers' spindly and delicate machines appear to be endowed with enough precise engineering, passion and style to be deserving of the Ferrari badge.