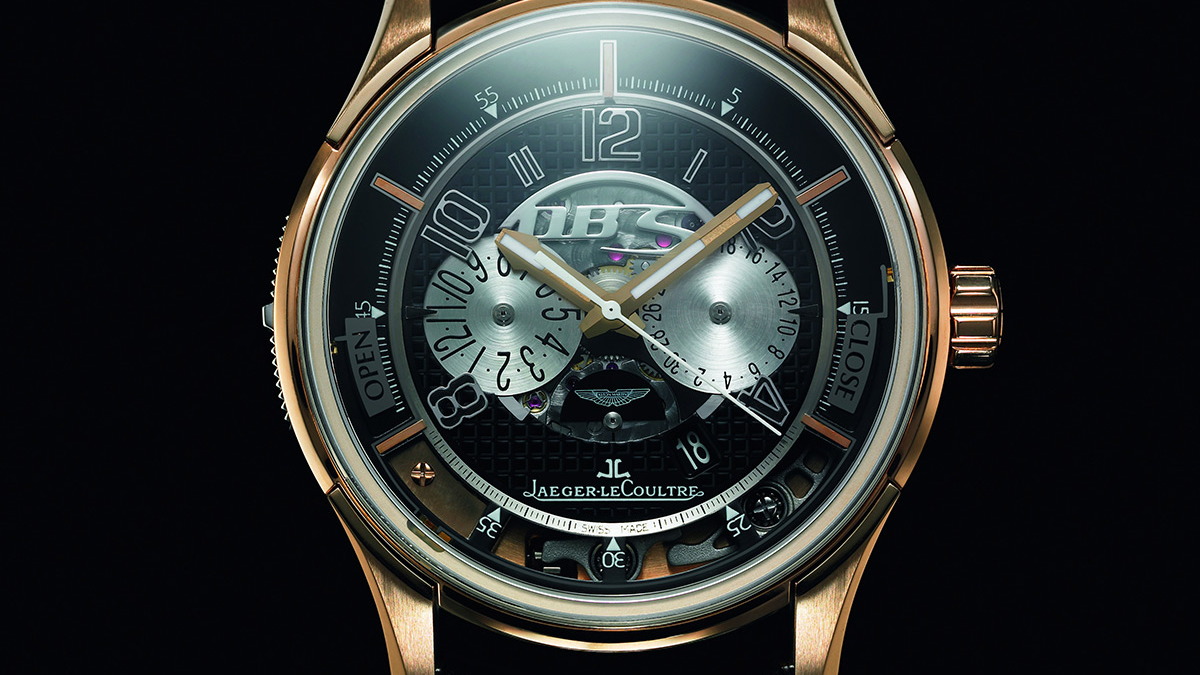 22
photos
To celebrate the launch of its DBS supercar last year, Aston Martin together with Swiss watch company Jaeger LeCoultre released a chronograph watch with a built in transponder that could unlock the car and fire up its engine. The two luxury marques have now released a new version of the watch called the ‘AMVOX2 DBS Transponder,’ and this time it has been designed with very distinct Aston Martin elements.

Crafted exclusively for owners of the DBS, the AMVOX2 incorporates a miniature transmitter system serving to lock and unlock the car, while maintaining the functions of the standard chronograph watch. As the owner nears the car, all they need do is press the open position on the watch glass (between 8 and 9 o’clock) in order to activate the door opening system. Doing the same thing on the close position (between 3 and 4 o’clock) will lock it.

The face features a suspended metallic grey DBS symbol, a small Aston Martin emblem on the movement operating indicator, grey bridges, a satin finish and a black dial that matches the instrument panel in the DBS.

The outer dial ring also has an opening that reveals the internal mechanisms of the chronograph and transponder functions, and has been designed to match the exposed brake calipers of the actual car.

The watch will be showcased at October’s Paris Motor Show but in the meantime you can check out more details at the official website.