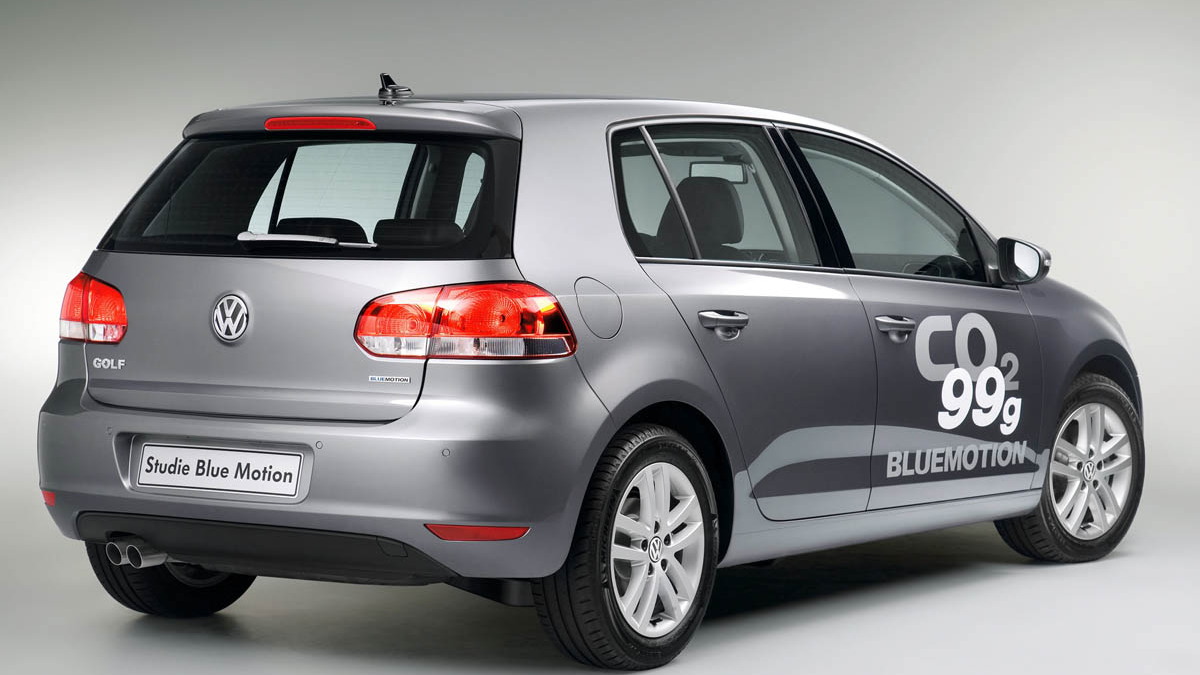 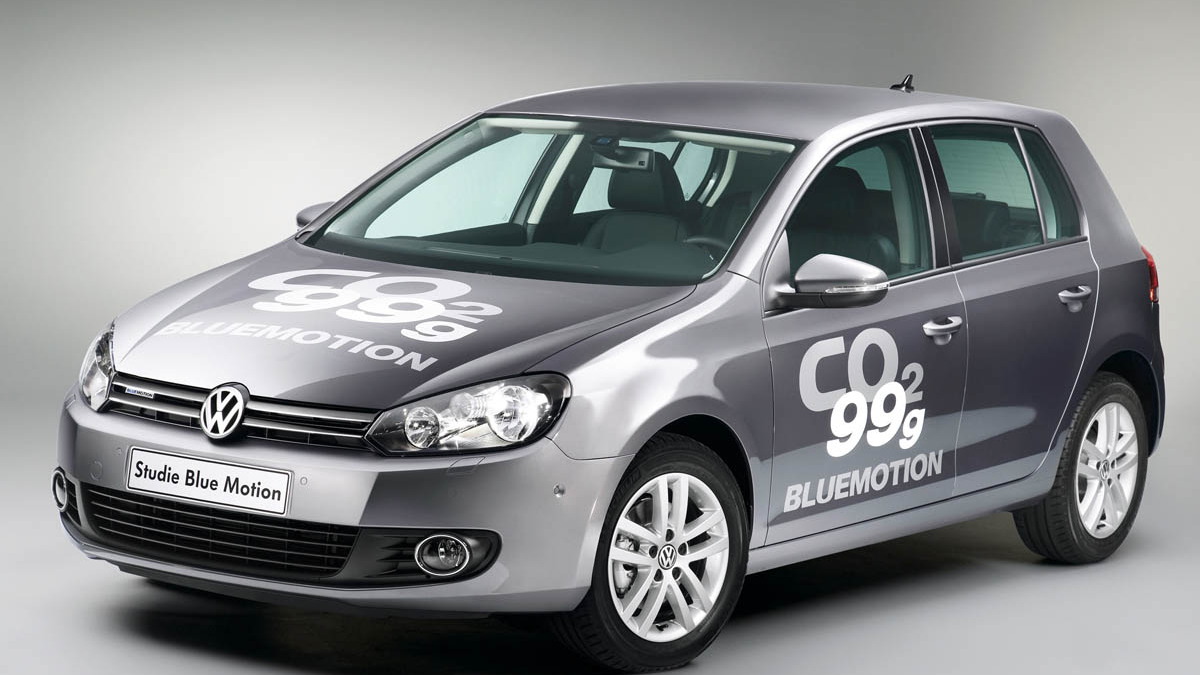 3
photos
Previewing the Mark VI production car in ultra-efficient diesel form, the Volkswagen Golf BlueMotion concept is a concept only is its engine and application. But that engine and its efficiency tuning make a difference of 11mpg (1.2L/100km) and 20g/km of carbon dioxide.

Unlike the Golf TDI Hybrid concept shown at Geneva, the Golf BlueMotion doesn't use any electrical assist technology. Instead it relies solely on a highly efficient 1.6L diesel engine, yet it manages to get within 8mpg US (0.4L/100km) of the hybrid vehicle with its 61mpg US (3.8L/100km) rating. Despite the high efficiency, the car can also sprint to 62mph (100km/h) in 11.3 seconds thanks to its 103hp (77kW) diesel four-cylinder. The engine is also rated at 184lb-ft (249Nm) of torque, meaning it should be peppy but not powerful around town.

Also unlike the TDI Hybrid concept, the Golf BlueMotion is not just a show-car, with plans for production scheduled for mid-2009. The short timeline is enabled by using an engine from VW's current stable. Until then, the entry-level diesel Golf will be outfitted with a larger and more powerful 2.0L TDI unit, rated at 108hp (81kW).

No definite word has been given on whether the car will come to the U.S., but VW is pushing its diesel vehicles worldwide, including in America, as a cost-effective fuel-saving measure. Their math is excellent, as the Golf BlueMotion outdoes the Toyota Prius and any other production hybrid by about 10mpg, for equal or less cost and no worries about batteries or complicated regenerative systems. It also improves significantly on the last Golf BlueMotion, shown at last year's Frankfurt show, by about 11mpg (1.1L/100km).