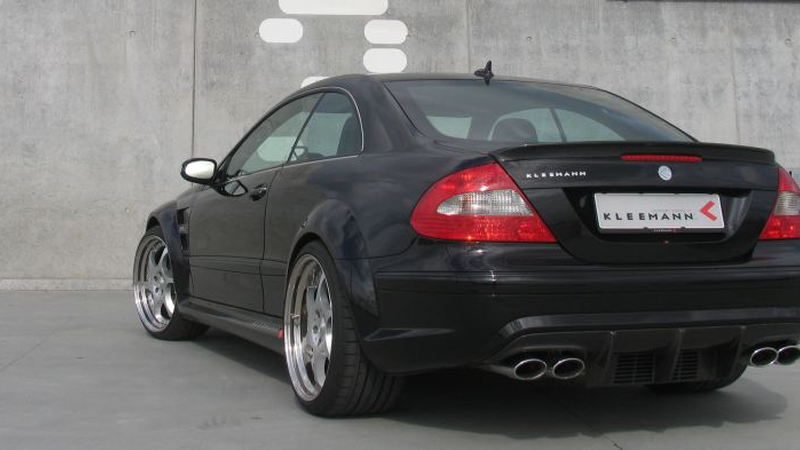 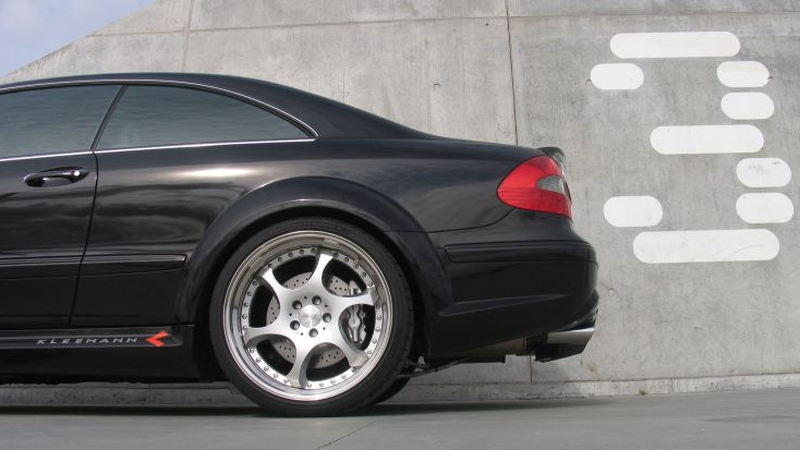 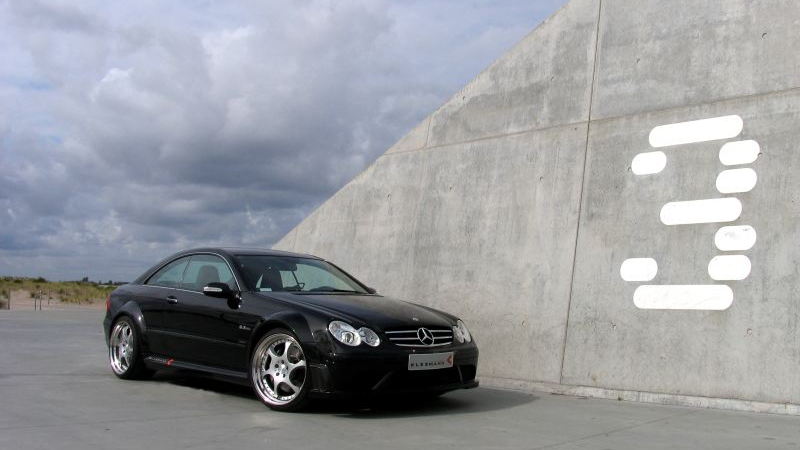 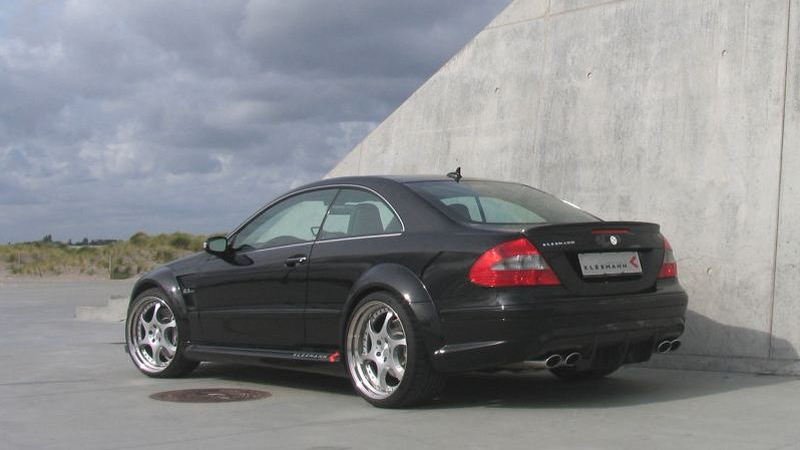 4
photos
Straight out of the box the Mercedes-Benz CLK 63 AMG Black Series is already one of the most extreme production cars on the planet, packing a 507hp (378kW) 6.2L AMG V8 engine with 465lb-ft (630Nm) of twisting power. However long-time Mercedes tuner Kleeman has now released an even more performance-focused version of the car.

Its engineers have taken the entire car to task, adding modifications to both the exterior styling and interior mechanicals. While the standard CLK 63 AMG Black Series rides on 19in wheels, the Kleemann version rides on a 20in three-piece set sitting inside even wider fenders. Kleemann has also replaced a lot of the standard plastic and metal trim details with new carbon-fiber pieces.

Tinkering with the ECU along with the addition of high flow exhaust manifolds and sport catalysts also boosts output up to 545hp (406kW) and 498lb-ft (675Nm) of torque.

Usually cars such as this have the tendency to spin out at the slightest feathering of the throttle, however Kleemann claims that the modifications and resulting drive retain the smoothness and usability of the standard model because power has been raised across the rev range instead of arriving in spikes.

Kleemann insists that its engineers are still working on the car and plans to release even more upgrades further down the track.