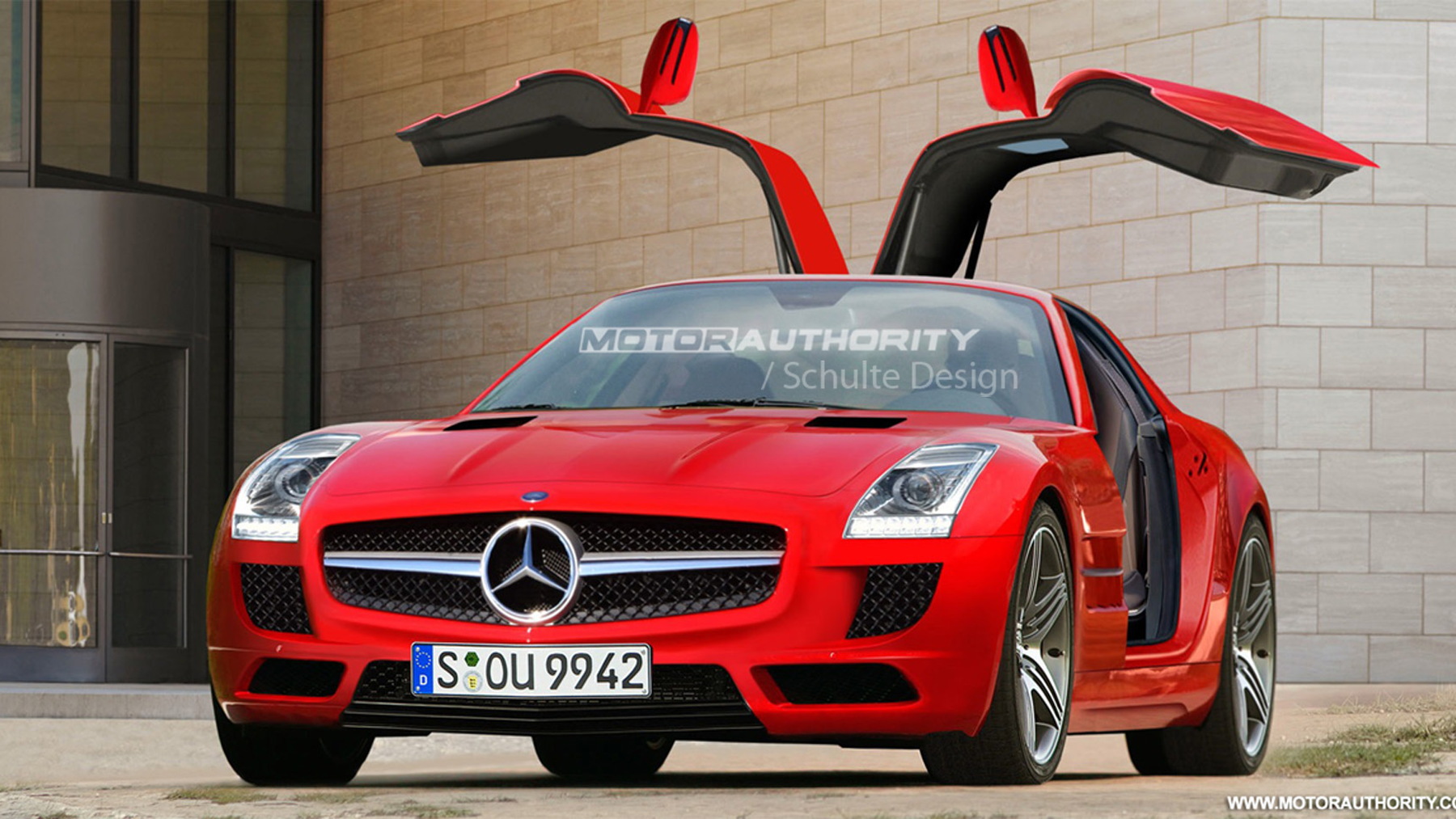 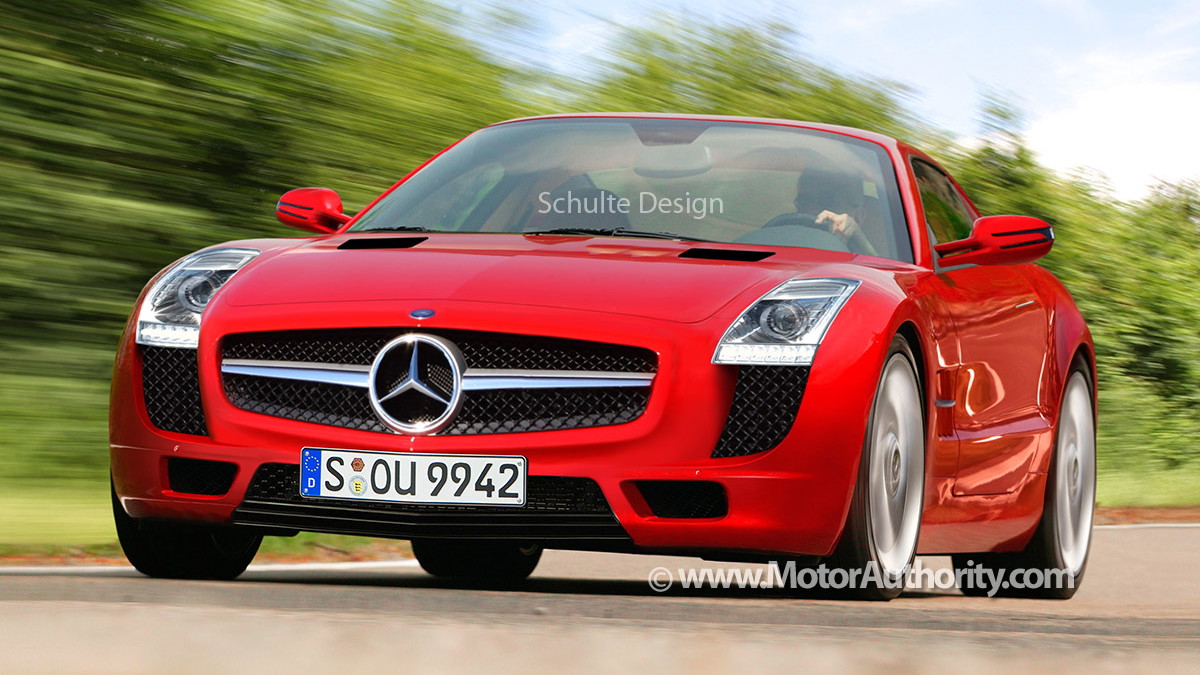 84
photos
The successor to the Mercedes Benz SL Gullwing (and replacement for the SLR) has been spotted in prototype form in and around Germany’s Nurburgring test circuit for several months now, but what only a select few knew is that the car is being developed completely in-house by Mercedes’ official tuner, AMG. Thus, the brand new model will be called the SLS AMG when it hits showrooms in the first half of next year.

In the lead up to its final unveiling, planned for later this year, Mercedes has released a ton of info on the car, including several images of actual prototypes and technical drawings. As the successor to the legendary SL Gullwing from the 1950s, the new SLS AMG will also feature gullwing doors but picks up a new aluminum spaceframe to provide an almost perfect front-to-rear weight distribution of 48-to-52%.

Powering the SLS will be a revised version of AMG’s now-familiar 6.2L V8 mated to an all-new 7-speed dual-clutch transmission mounted on the rear axle. Peak output will stand at 571hp (420kW) and 479lb-ft (650Nm) of torque. Changes to the engine include a new magnesium intake with eight separate velocity stacks, two electronically controlled throttle plates, a high-flow exhaust and a new dry-sump lubrication system.

The engine will be located up front but will be mounted behind the front axle for better weight distribution. The SLS’s final kerb weight will be around 1,620kg, and with the V8 engine it should be able to accelerate from 0-100km/h in 3.8 seconds and reach a top speed in excess of 315km/h.

As for the new dual-clutch gearbox, the unit was developed by AMG and boasts fast gear changes with no loss of tractive force. The driver has a choice of four different driving modes, ranging from comfortable to extremely sporty, as well as a ‘RACESTART’ function. The suspension set-up is equally advanced, with double wishbones and hub carriers made of lightweight forged aluminum. Stopping power comes from carbon-ceramic discs, and these are mounted within 19in light-alloy wheels.

The car’s dimensions have also been revealed, measuring in at 4.65m in length, 1.95m across and just 1.25m in height. The wheelbase stretches just 2.7m. Previous renderings give us a clue as to what the new car could look like, showing a vented bonnet and a new headlight design not seen on any previous Mercedes models.

Furthermore, new shots of the interior show a familiar Mercedes steering wheel and a unique dash fitted with silver accented controls similar to that used in the current SLR supercar. Another interesting feature is the retro styled air-vents, which look similar to the units used by Mercedes Benz during the 1970s. The COMAND system knob located on the center console is also identical to the units used by other Mercedes models.

Premium materials abound on every surface, with materials such as nappa leather, solid metal and (optional) carbon-fiber facings emphasizing the ‘custom-built’ nature of the car. Seating will be strictly limited to two.

The price of the SLS is expected to be roughly $300,000 with production numbers likely to fall between 3,000 and 5,000 units per year. This should see it compete nicely with cars like the Lamborghini Gallardo and Ferrari F430.