The inaugural Formula One Qatar Grand Prix came to a close on Sunday at the Losail International Circuit, with Mercedes-Benz AMG's Lewis Hamilton taking home the win after dominating all weekend.

The reigning champion started the race on pole and was never unsettled through to the checkered flag. Perhaps more impressive was Red Bull Racing's Max Verstappen who was dropped from second on the grid to seventh for failing to respect double waved yellow flags in qualifying, yet managed to still finish second, albeit almost 26 seconds behind Hamilton. Third place went to Alpine's Fernando Alonso, almost a minute behind the winner. It was his first time on the podium since the 2014 Hungarian Grand Prix.

Hamilton started the race alongside AlphaTauri's Pierre Gasly but was soon in the lead and building a gap. At the same time, Verstappen was able to jump a few places at the start and then soon passed Alonso, and then Gasly to move into second. Unfortunately for Gasly, traffic after his first stop saw him fall back, leaving him at 11th at the finish. 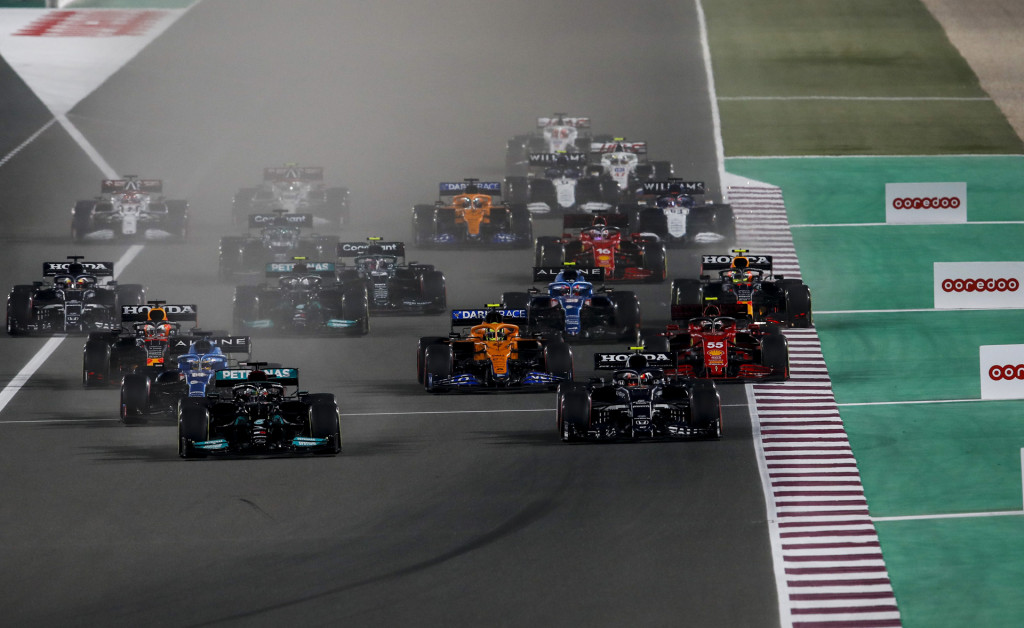 Alonso didn't suffer the same fate, though he had to hold of Red Bull's Sergio Perez who was keen to move into third. Perez meanwhile had fought off the effects of a tough qualifying session that left him 11th on the grid and powered through the field to finish fourth. Alpine's other driver, Esteban Ocon, rounded out the top five.

The pit-stop strategy and the rough curbs of Losail ramped up the intrigue over the final laps, as drivers that tried to go the distance on a single stop began to suffer tire issues. Four drivers got flat tires in trying to stretch to the end after their lone stop.

Despite Hamilton's latest win, Verstappen still leads the 2021 Drivers' Championship with 351.5 points, helped by a bonus point for the fastest lap in Qatar. Hamilton is second with 343.5 points and fellow Mercedes driver Bottas is third with 203 points. In the Constructors' Championship, Mercedes leads with 546.5 points versus the 541.5 of Red Bull and 297.5 of Ferrari. The next race on the calendar is the inaugural Saudi Arabian Grand Prix in a fortnight. 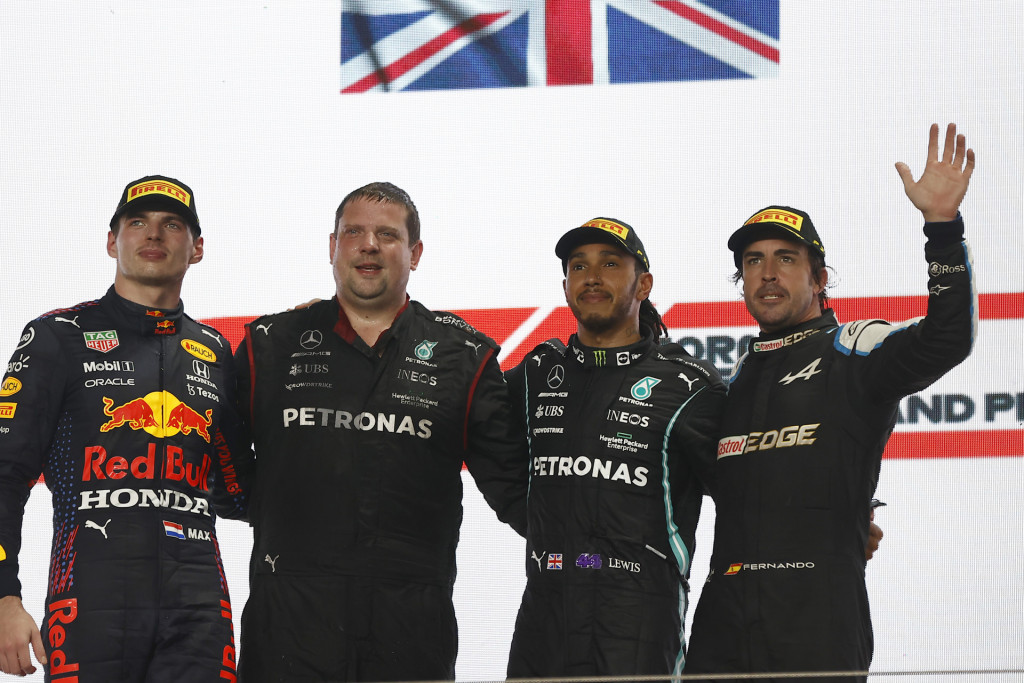 Below are the full results from the 2021 Formula One Qatar Grand Prix: