A few days ago, Howard Koby reported on the Bond in Motion exhibit of James Bond movie cars and other vehicles on display at the Petersen Automotive Museum in Los Angeles. In conjunction with such events and the release of the latest 007 movie, "No Time To Die," Hagerty’s valuation analysts — the company’s version of the Q division, if you will — have compared the values of the movie-use cars with the same production models.

As you would imagine, such provenance increases value, in at least one case by nearly 5000 percent.

“It was Auric Goldfinger in the 1964 James Bond movie who was said to have the Midas touch, but Hagerty has found that just an association with the spy franchise is enough to make car values soar,” Hagerty reports.

“Our valuation analysts compared the values of real Bond cars which were used during the production of the famous films to the prices of standard examples of the same model and found that a starring role in a James Bond movie added on average over 1000 per cent to the value of a car.”

Hagerty shares its list of the 10 models that have commanded the highest premium thanks to an on-screen appearance, with prices based on the exchange rate at the time of the sales. Here’s the list, with the cars in inverse order of price, and with comments from Hagerty:

The red Ford Mustang Mach 1 driven by Tiffany Case certainly made a visual impact in the 1971 movie "Diamonds are Forever," but it didn’t excite the buyers when offered for sale by Barrett-Jackson in 2004, failing to reach its reserve with a top bid of $23,000. That was 37.5 percent more than a standard car was worth at the time, but the no-sale puts the car at the bottom of our list. 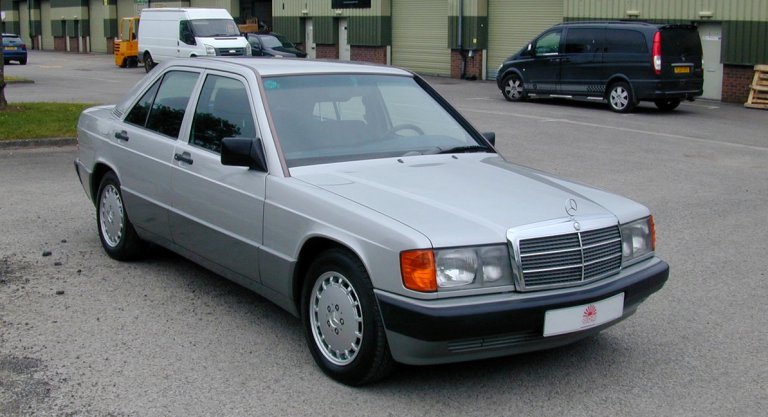 This car is a strange one: it is currently for sale on classified advert site Car and Classic but it’s not yet been seen on screen (as of the date of Hagerty’s research), starring as it does in "No Time to Die," the most recent movie in the franchise… and it doesn’t even feature in the trailers. Despite that, the value of this car is nearly 40 percent higher than a standard car – not a bad mark-up for something that, as far as we know, doesn’t have a huge role in the film. 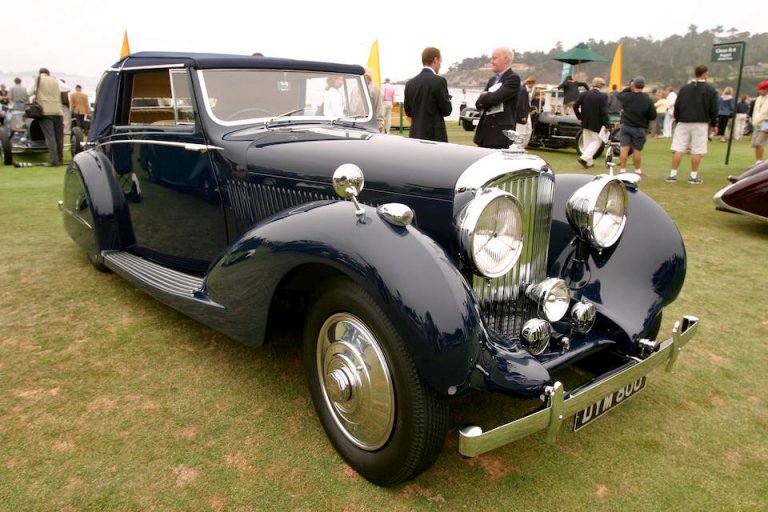 James Bond drove this car in a few scenes in the 1983 Warner Brothers blockbuster "Never Say Never Again" and it sold for $254,250 when it was auctioned by Bonhams in September 2004. Six years later, the car returned to the sale room, and this time Bonhams achieved $298,810, over two thirds more than a standard car of the time. This one was quite the star, however: not only did it have the Bond connection, but it also appeared in "Magnum, P.I." and was a true concours example, having starred at Pebble Beach in 2003 following a restoration that reportedly cost in excess of $450,000. 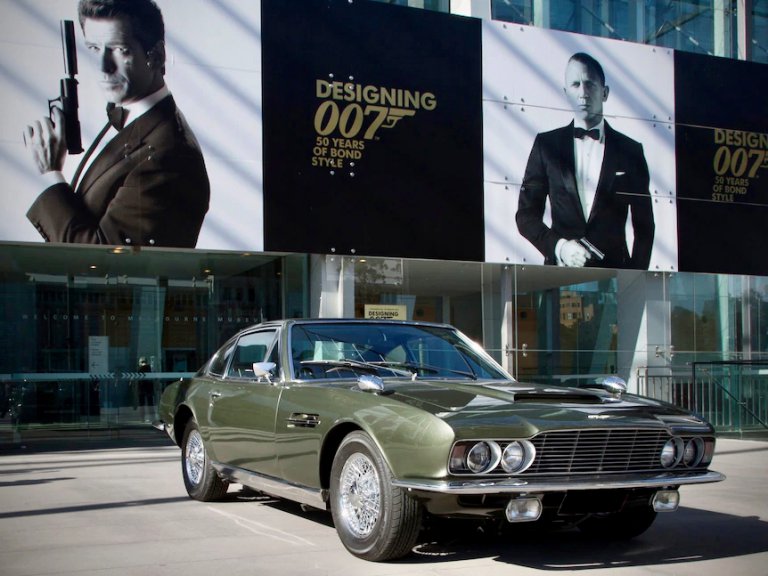 James Bond has only been married once, and this was his wedding car. Used in a number of scenes in the 1969 movie "On Her Majesty’s Secret Service," this green 6-cylinder Aston Martin DBS was exported to Australia where it was sold in 1978 to the current owner, Sigi Zidziunas, who told ABC News in Australia, “It was advertised in the paper as an ex-film car, but I didn’t believe it, because — no offense — who believes used car salesmen?” Even then, it was expensive: advertised at $14,950 AUD, Zidziunas knocked him down to $14,200 – the equivalent of $12,108. Standard cars in good condition were then worth $4,107 according to contemporary guides: that’s a 182 percent premium. 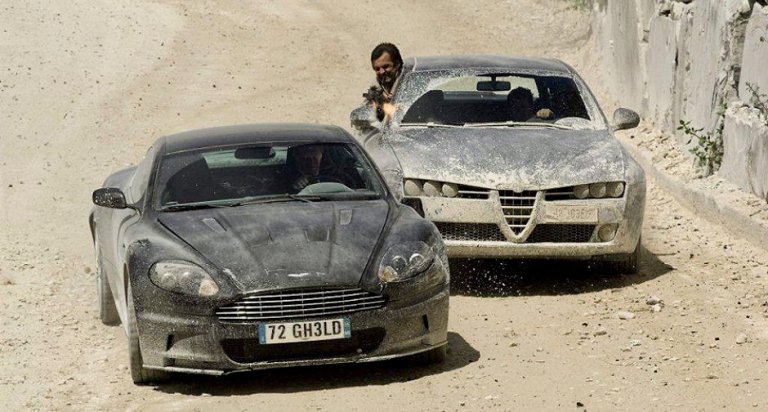 Driven by Daniel Craig in "Quantum of Solace," this 2008 Aston Martin DBS was one of seven used for filming. Sold as a “collector’s item,” the auction house Christie’s warned potential buyers that they were responsible for “all tests and repairs and any other legally required formalities” to turn it back into a road car. The caution did not deter buyers: it smashed its top pre-sale estimate of $204,000, selling for $387,930, some 245 percent over what a standard car was worth at the time.

The Contessa Teresa Di Vicenzo, also known as Tracy Bond, drove a stunning car throughout the 1969 Bond movie "On Her Majesty’s Secret Service," including the first scene which it shared the screen with the Aston Martin DBS-6 described above. One of a reported four Cougars used for filming, it was sold at the Bonhams Bond Street Sale in London in December 2020 for $490,867, smashing its high pre-sale estimate of $202,200. That’s a huge 599 percent above the standard price for the model.

Billed as ‘The most famous car in the world’ when offered for auction in 2019 by RM Sotheby’s and the iconic Bond car, this was the real deal: one of two cars purchased by Eon Productions for the launch of "Thunderball" and then converted to ‘Q Branch’ specification for the movie Goldfinger. It sold just over its top estimate for $6.38, a mark-up of 759 percent over a standard DB5. In this case, provenance was everything: a similar DB5 that has been used as a stunt car in the filming of "Golden Eye" was sold by Bonhams the previous year, but it ‘only’ made $2,646,687, just over three times the value of a standard model. 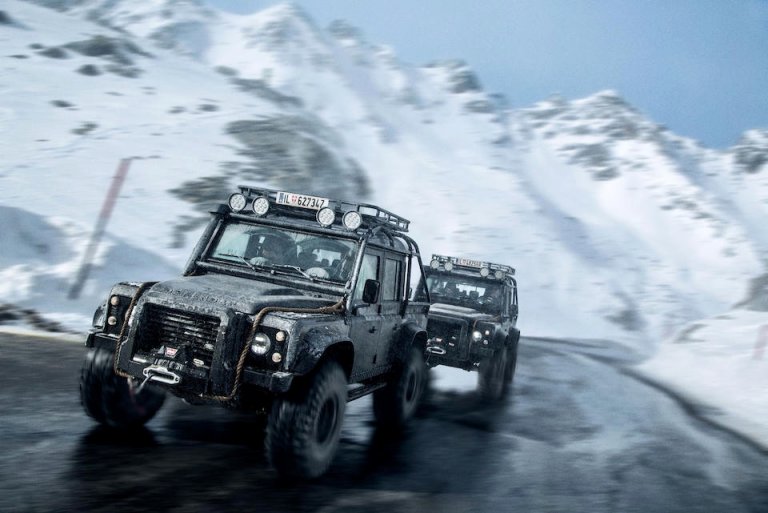 Back in 2017, a well-known dealer took a Hagerty staffer to his storage barn, deep in the British countryside. Swearing the visitor to secrecy, he lifted a tarpaulin covering a very special Land Rover, one that had been used in the filming of the movie "Spectre." Later that year, RM Sotheby’s sold one of these special Bond SVX Defender 110s double cabs for $310,340, and the following July, Bonhams sold another for £480,340. The timing was perfect: production of the original Defender had ended in 2016 but in 2018, the factory had announced a short run of 70th Anniversary specials. Demand for the model went sky-high. The price of the Bonhams Spectre Defender was nearly 940 percent higher than a standard 110 Defender, but then again, just look at it. It’s as cool as the frozen Austrian landscape where it was filmed.

The Man With The Golden Gun 1974 AMC Hornet

Ask anyone to name a James Bond stunt, and the corkscrew Astro Spiral jump made by Roger Moore’s Bond in the 1974 movie, "The Man with the Golden Gun," has to be right at the top of the list. The American-made car used was an unlikely hero: an AMC Hornet so mundane that even the US Hagerty Price Guide doesn’t deem it worthy of inclusion. But the actual car used in filming was very special: maintained exactly as it was during filming, it sold at RM Sotheby’s Auburn, Indiana, sale in 2017 for $110,000 – over 1,600 percent over the value of a standard car.

The most valuable Bond car compared with its standard, road-going opposite number is… the 1977 Lotus Esprit S1 known as ‘Wet Nellie” that starred in the 1977 movie "The Spy Who Loved Me." It sold at RM Sotheby’s 2013 London auction for $997,000, a huge 4,908 percent mark-up over the standard Hagerty Price Guide value of the model at the time. Lost after filming, it was rediscovered in a New York storage container in 1989, having been sold for $100 in a blind auction to the next lucky owners.

In fact, the “Lotus” – which was bought at the sale by Elon Musk – was actually a film prop submarine used just in underwater scenes, and it doesn’t even have wheels. So, is it even a car? Should the lowly AMC Hornet take the checkered flag? We’ll leave you to decide.

Two other Bond cars have been offered at auction, but they failed to make our list because neither was available to the public, so there is no “standard” value. Both cars starred in the 2015 movie Spectre, where they famously chased each other through the streets of Rome. Bond’s Aston Martin DB10 was sold by Christie’s in 2016 for $3.5 million and in 2019 RM Sotheby’s offered bad-guy Mr Hinx’s Jaguar C-X75 at an auction in Abu Dhabi but it failed to reach its $800,000 low estimate.