(Editor’s note: During the month of January, the ClassicCars.com Journal presents a series of stories related to and perhaps explaining the recent increase in interest in collecting cars produced by Japan-based automakers.)

Japanese cars don’t often bring in the big bucks at collector car auctions, especially compared to the Ferraris and Aston Martins selling for over $20 million, but that doesn’t mean Japanese Domestic Market or vehicles produced by traditional Japanese-based automakers don’t make a splash from time-to-time.

Here are the 11th highest prices we’ve found in our research on Japanese cars at collector auctions: 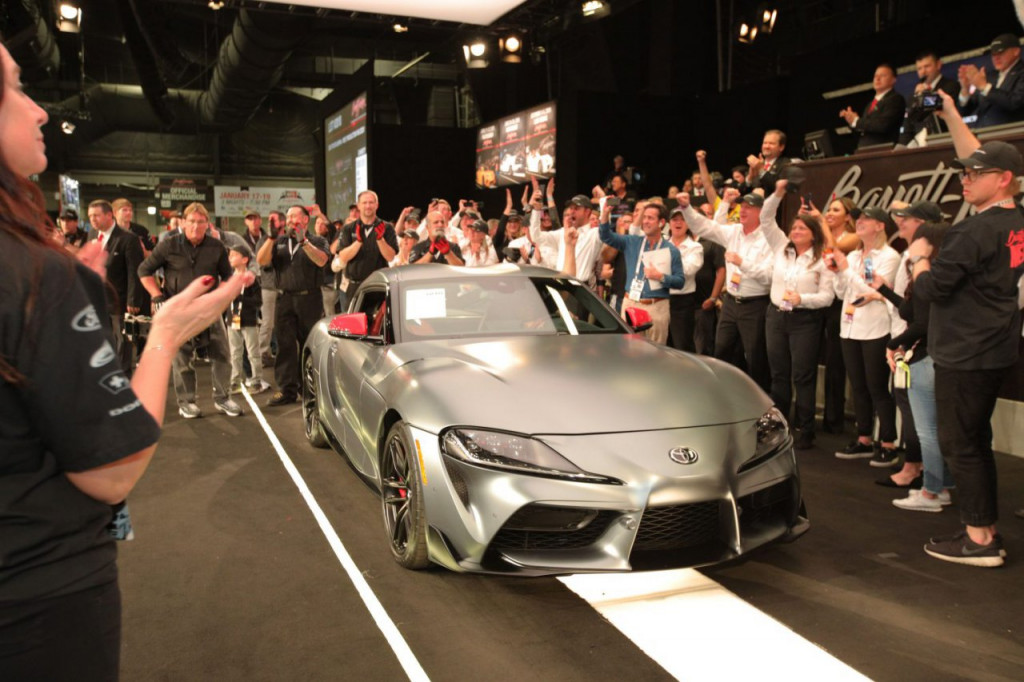 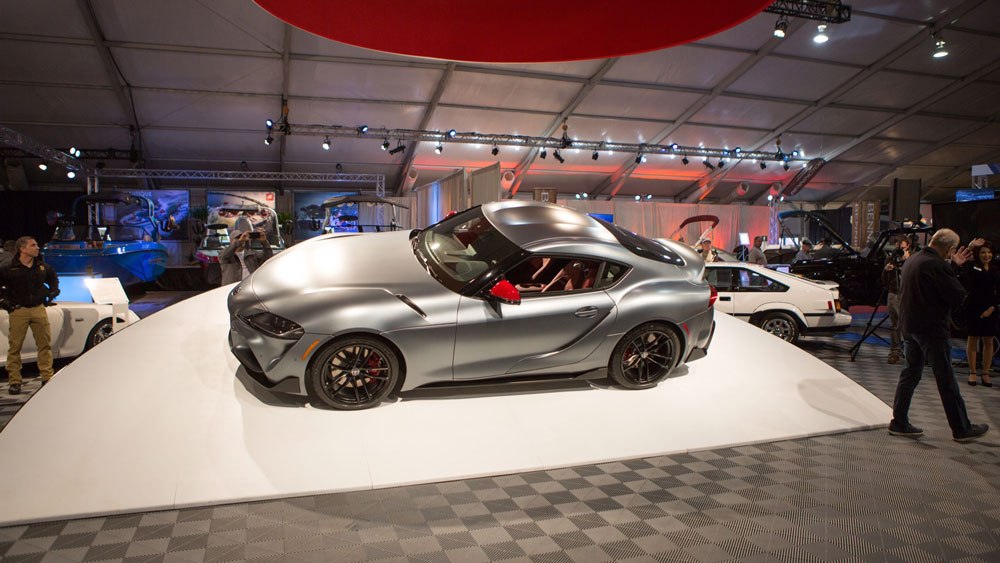 Coming in at No. 1 is the world’s first production model of the 2020 Toyota Supra GR signed by Toyota chief executive Akio Toyoda. It sold for a whopping $2.1 million at Barrett-Jackson’s annual auction in Scottsdale, Arizona in 2019. Note, however, that the car was sold to benefit a charity; the entire bid amount went to the American Heart Association and the Bob Woodruff Foundation.

Nonetheless, it was a thrilling moment at Barrett-Jackson as bids came in at $100,000 increments faster than a blink of an eye until reaching the final bid of $2.1 million.

Aside from it being the first production model of 2020, it was painted in matte-gray over a red interior with red mirror caps and matte-black wheels, making it a true one of a kind. 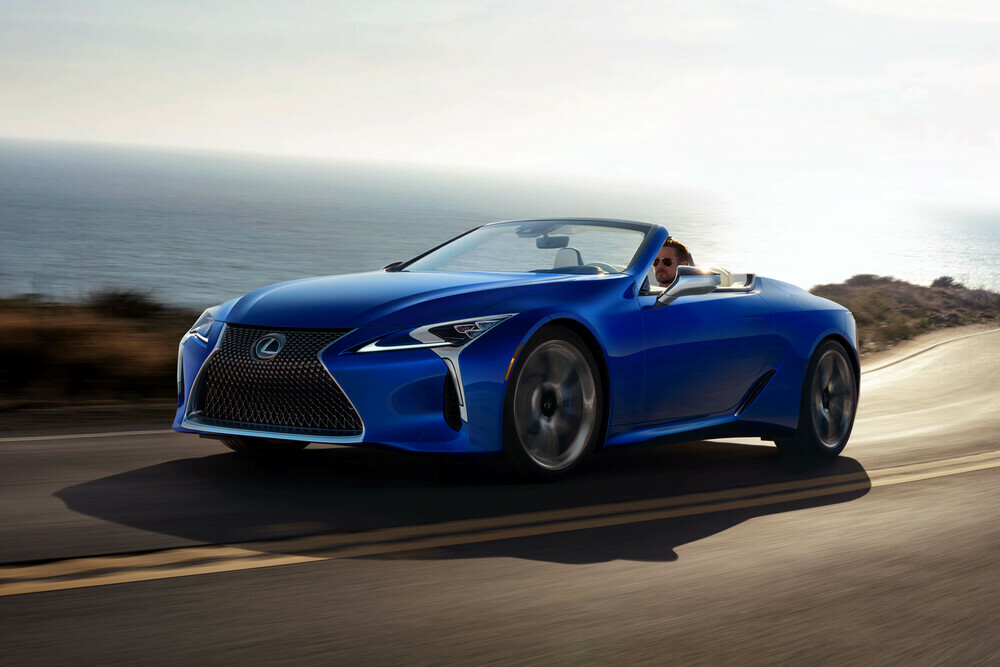 Just a year later, Barrett-Jackson hit another home run at its Scottsdale charity auction when bidding on the first 2021 Lexus LC 500 convertible finished at $2 million in 3 quick minutes. The full $2 million hammer price was split between the Boys & Girls Clubs of America and the Bob Woodruff Foundation.

The LC 500 convertible, with a VIN ending in 10001, was covered in Lexus’s Structural Blue paint Lexus engineered to be the deepest blue on the market and features a white semi-aniline leather. Along with the car, the high bidder won a set of Zero Halliburton luggage designed to perfectly fit in the trunk, a photo album of the LC’s production and driving lessons by racing legend Scott Pruett.

In 2017 at Amelia Island, this 1989 Mazda 767B rolled across the Gooding & Company auction stage and sold for $1.75 million. One of just three 767B endurance racers built, this orange and green race car won overall at Le Mans in 1990 – the only Japanese manufacturer to claim victory at Le Mans. 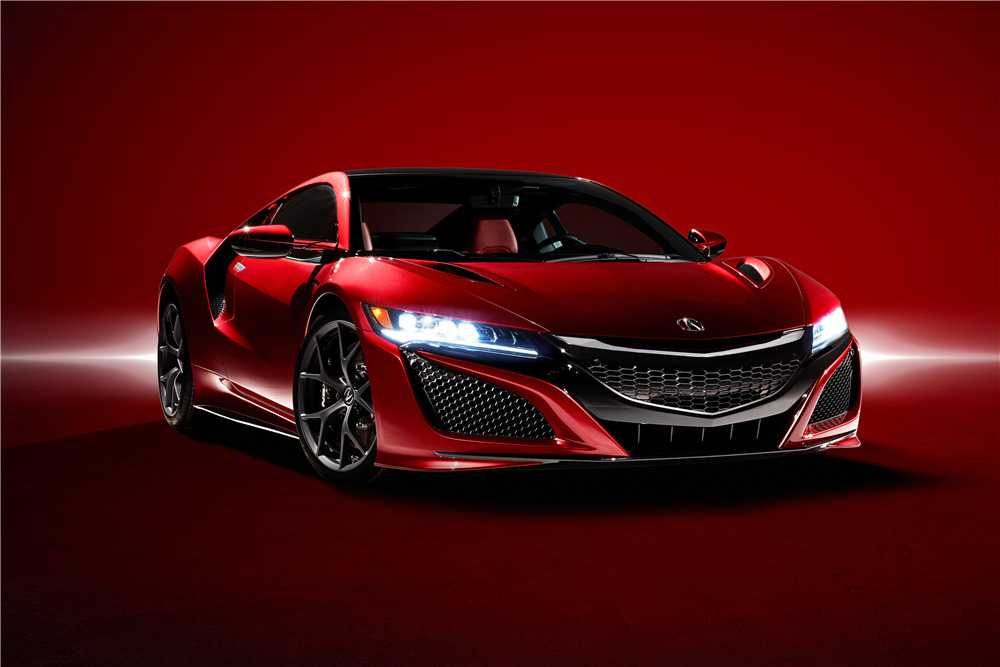 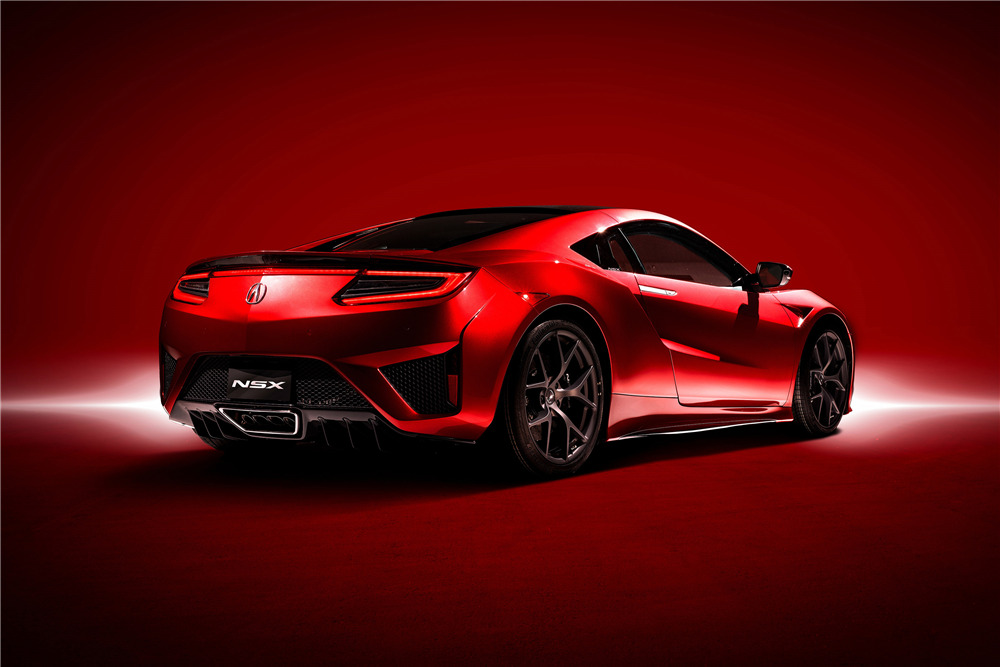 Another Barrett-Jackson charity car makes the list – no surprise here. The 2017 Acura NSX with VIN 001 sold for $1.2 million at a Barrett-Jackson 2016 event and proceeds were split between the Pediatric Brain Tumor Foundation and Camp Southern Ground.

NASCAR team owner Rick Hendrick was the high bidder, winning the rights to custom order the first production of the NSX. 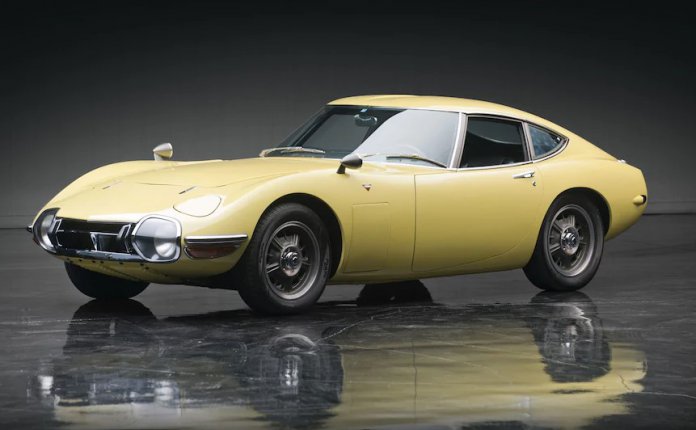 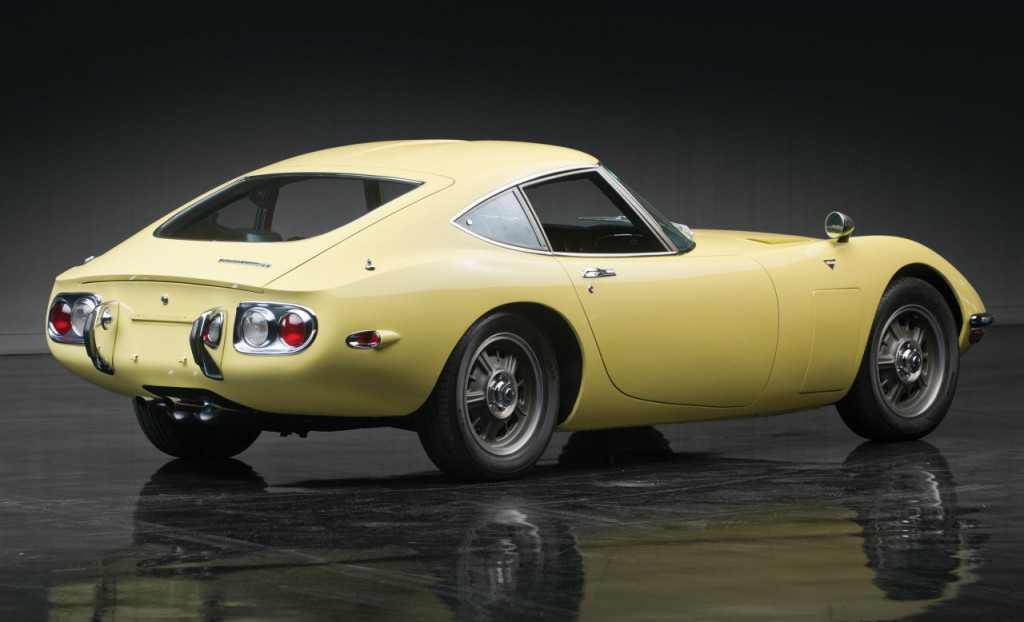 The Toyota 2000GT is one of the most sought-after Japanese sports cars, with only 351 produced. We’ve seen 2000GTs hit big numbers on the auction block but this one tops them all with a hammer price of $1.15 million.

This 2000GT was sold from the Don Davis Collection by Rm Sotheby’s in 2013. It’s equipped with a 2,000 CC Yamaha DOHC hemi-head inline six-cylinder engine factory rated at 150 horsepower and a top speed over 135 mph. 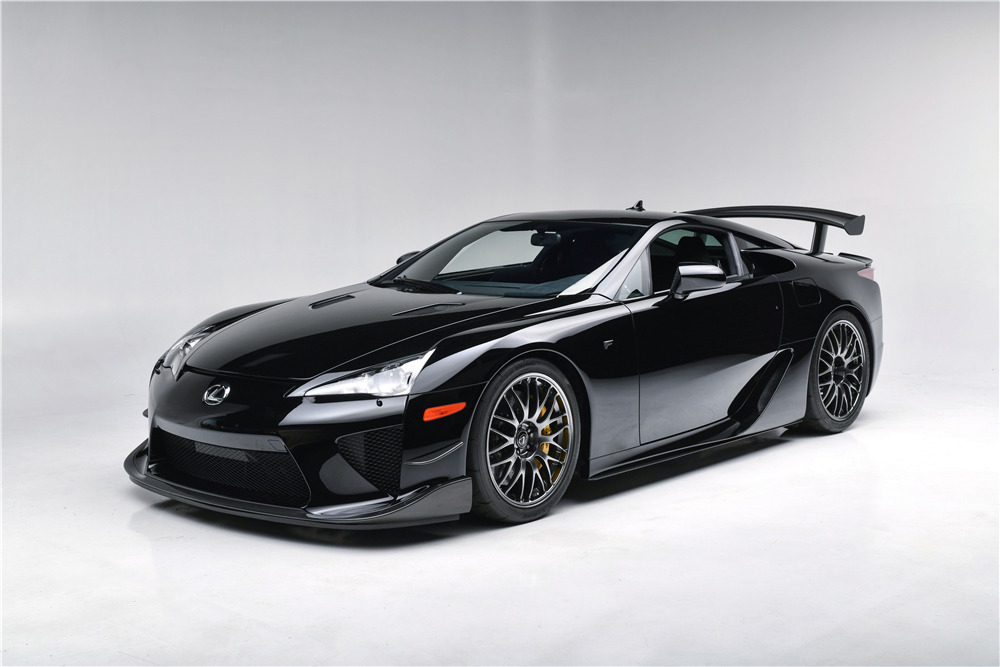 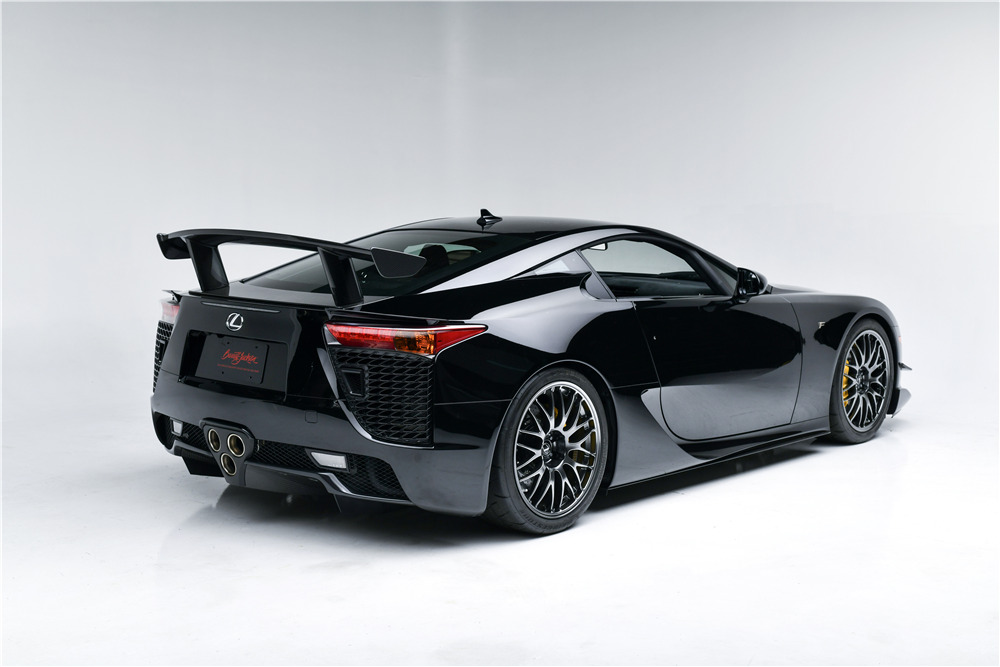 One of just 50 LFA Nürburgring Editions built and with only 885 miles driven at the time of the auction, this supercar sold for $918,500 at the 2019 Barrett-Jackson Scottsdale event.

Powered by a 4.8-liter 562 horsepower V10 engine that revs from 0 to 9,000 rpms in just 0.6 seconds, Lexus had to develop a special tachometer with a digital needle just to keep up with the V10 revving from idle. 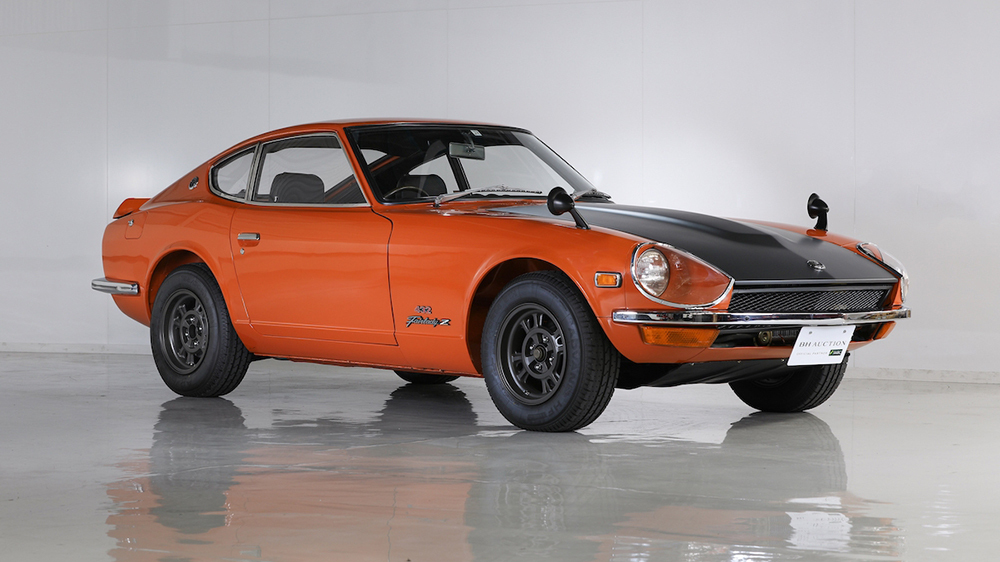 This Z432R, a competition-spec of the Fairlady Z, also named the Datsun 240z in the US, sold for $805,000 at the Tokyo Terrada BH Auction last January.

Nissan designed the Z432Rs with racing in mind. The air cleaner housing was removed on the 158-horsepower S20-type 2-liter DOHC engine to give it a sportier look and 220 pounds were dropped from the original model by making the body panels 0.2mm thinner and building the hood from fiber-reinforced plastic.

It’s estimated that between 30 and 50 of these orange Z432Rs were ever built, making it the most desirable Nissan Z. 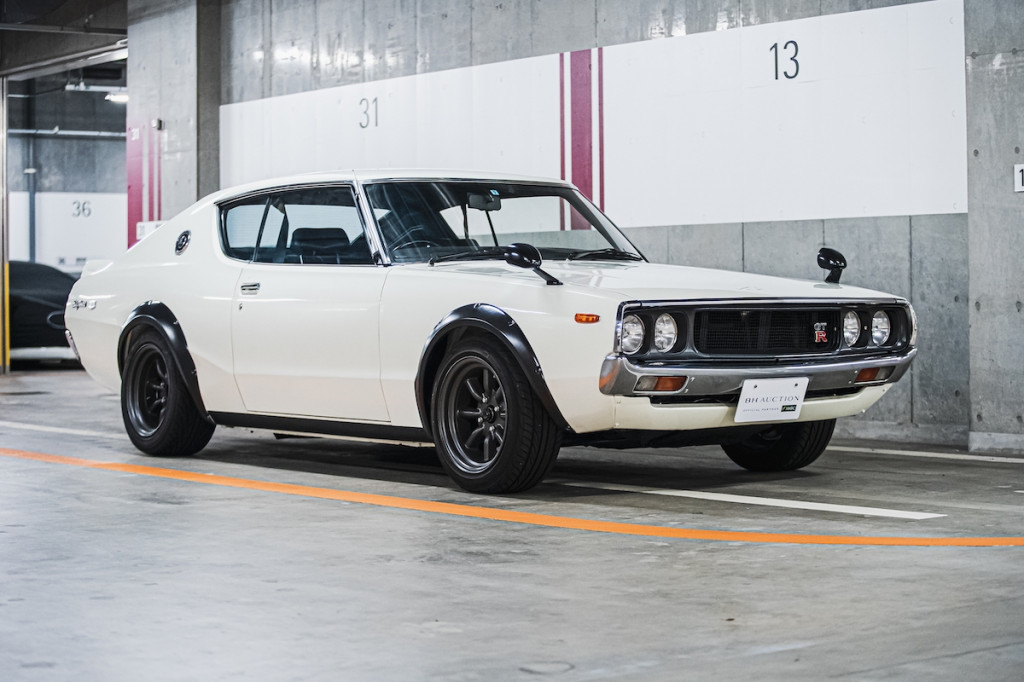 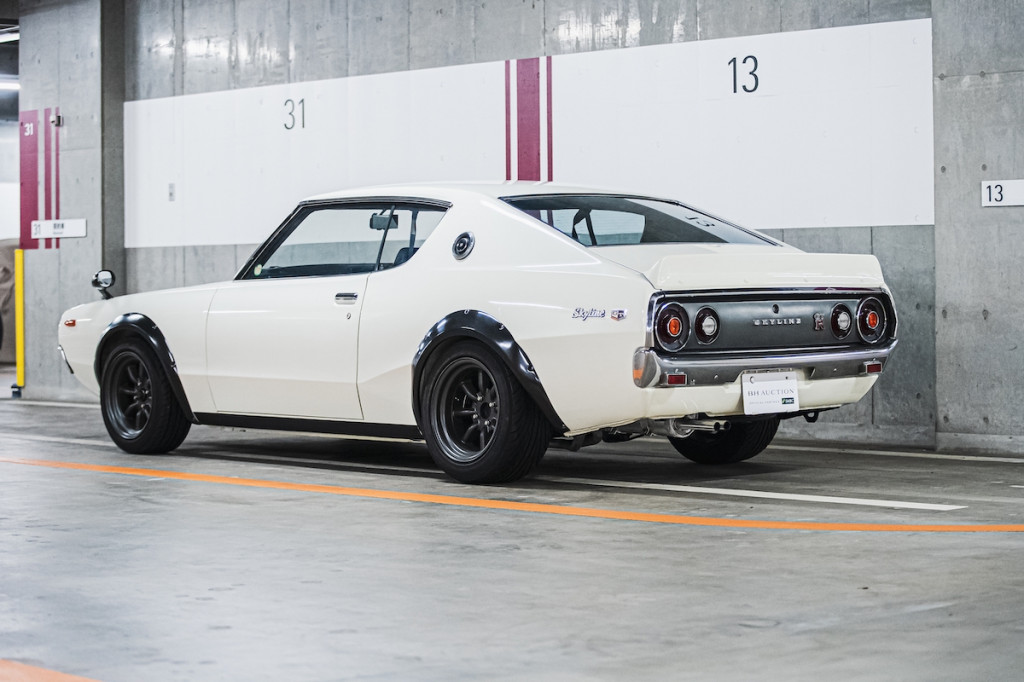 This second-generation 1973 Skyline broke a sales record for Skylines when it sold for $430,000 at the Tokyo Terrada BH Auction last January.

It’s rumored that Nissan produced the second-generation Skyline (chassis code KPGC110) for one purpose: to use up the leftover 2.0-liter S20 inline-six engines from the first-generation Hakosuka Skyline GT-Rs. Nissan only sold 197 of these C110s.

You might have also heard these C110s called “Kenmeri” Skylines because of a few TV ads Nissan ran showing a young couple (Ken and Mary) taking the car for a trip in Japan’s countryside. 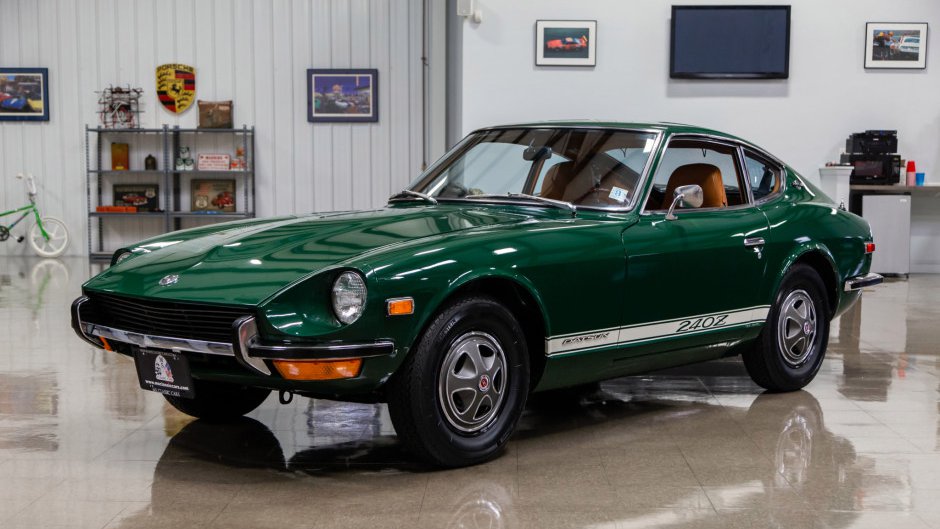 Finished in Racing Green with white rocker stripes, this 240z with just 21,000 miles on it sold for $310,000 last January on Bring A Trailer. Single-family owned, the car was equipped with its original 2.4-liter inline-6 engine factory rated at 150 horsepower.

Before the auction, the owner put together a video explaining the car’s history with the vehicle’s original mechanic, Jim Mayo, who worked at Datsun for 18 years. 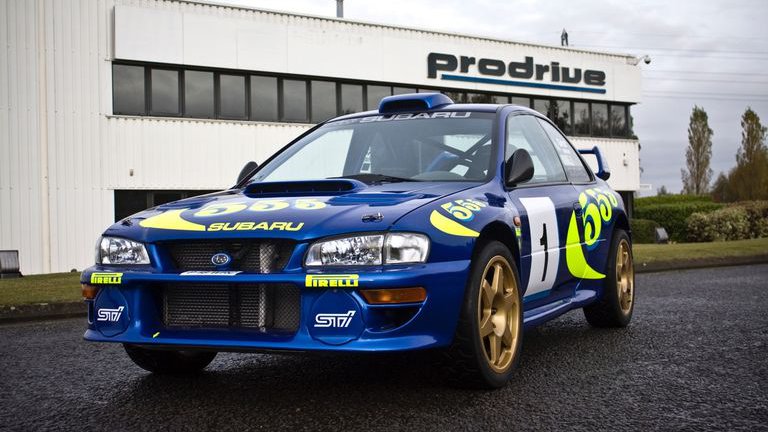 Sold by H&H Classics in 2017, this 1996 Subaru Impreza WRC97 driven by rally legend Colin McRae sold for $300,000, breaking the record for the most expensive Subaru at the time.

McRae test drove this Impreza in preparation for the 1997 FIA World Rally Championship and for the model’s debut at Rally Monte Carlo in January 1997. 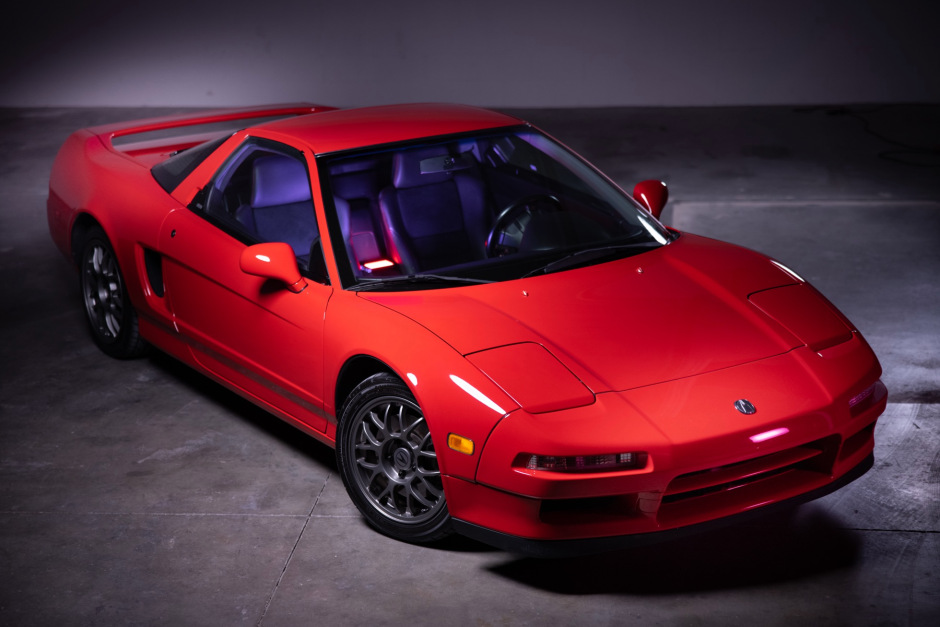 This rare 1999 Acura NSX is No. 51 out of 51 built special-edition models produced to honor Alex Zandari’s two CART championships with Honda race cars and was sold for $277,017 on Bring a Trailer.

What makes this edition stand out among other NSXs is the fixed roof, a single-pane rear glad, BBS wheels, manual rack-and-pinion steering and lightweight rear spoilers and battery.