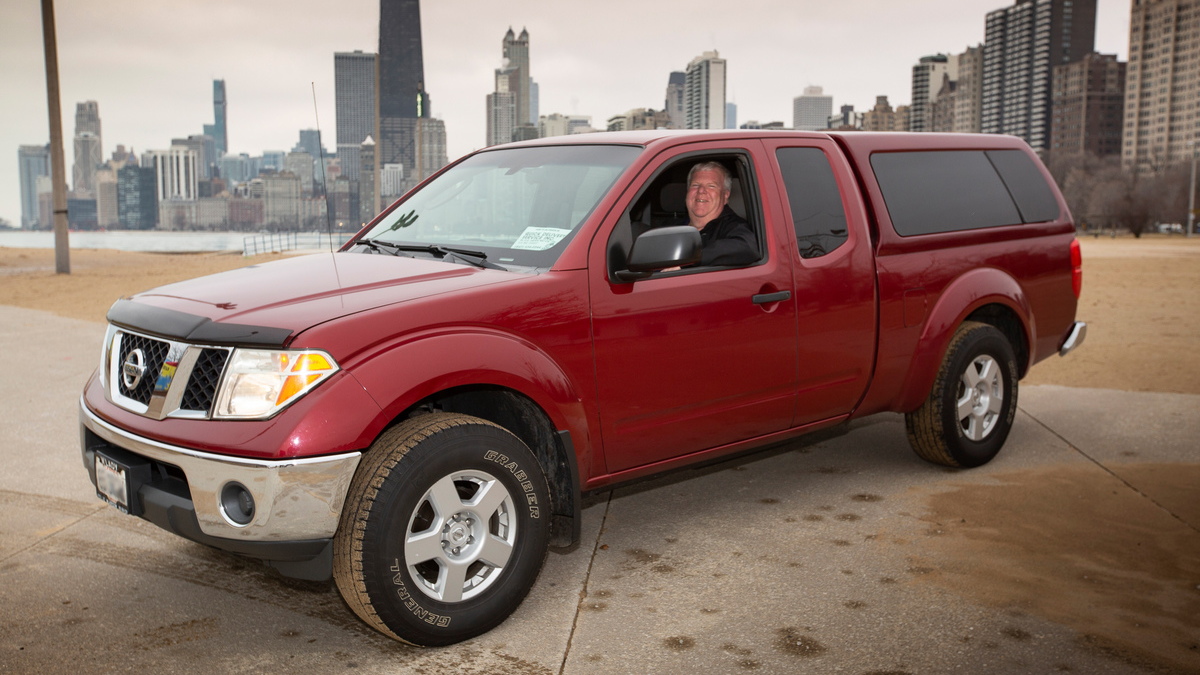 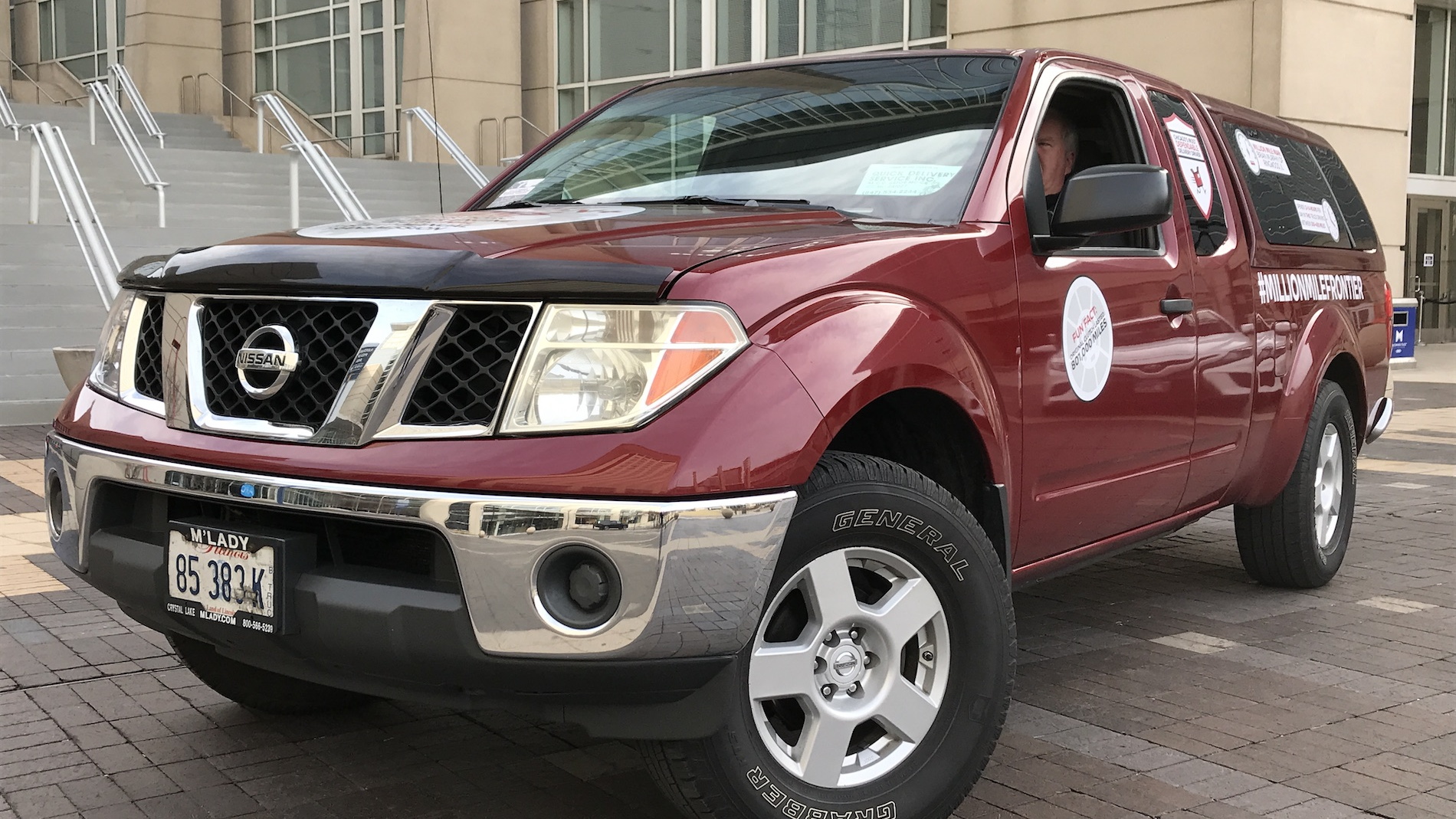 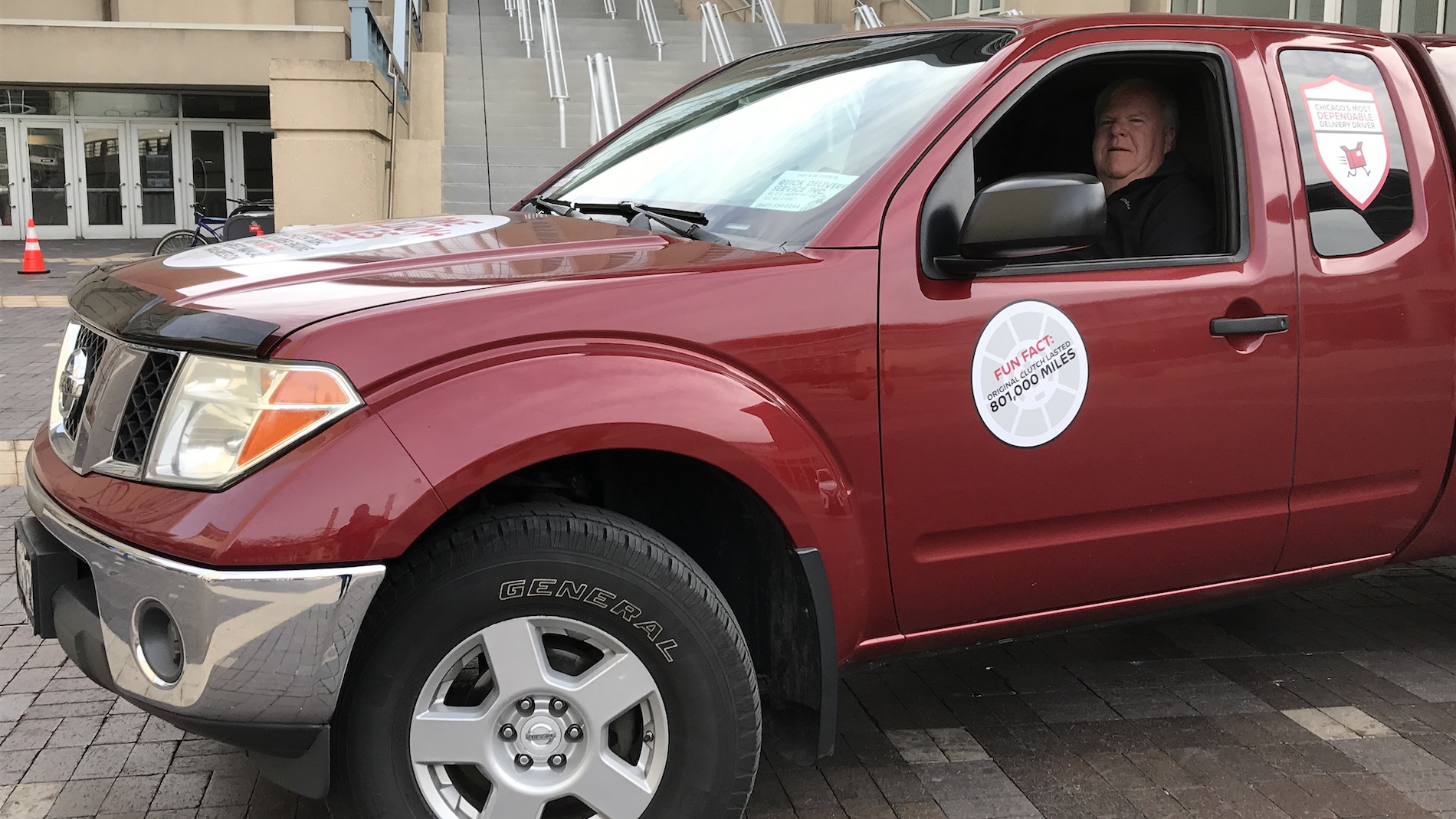 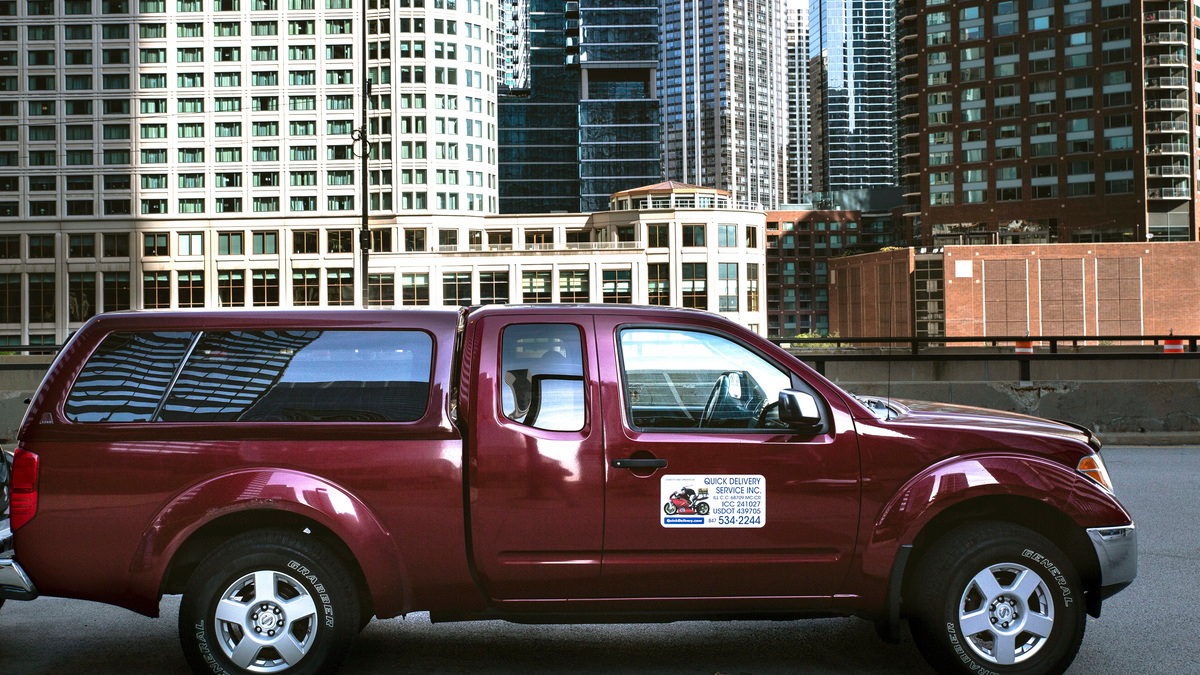 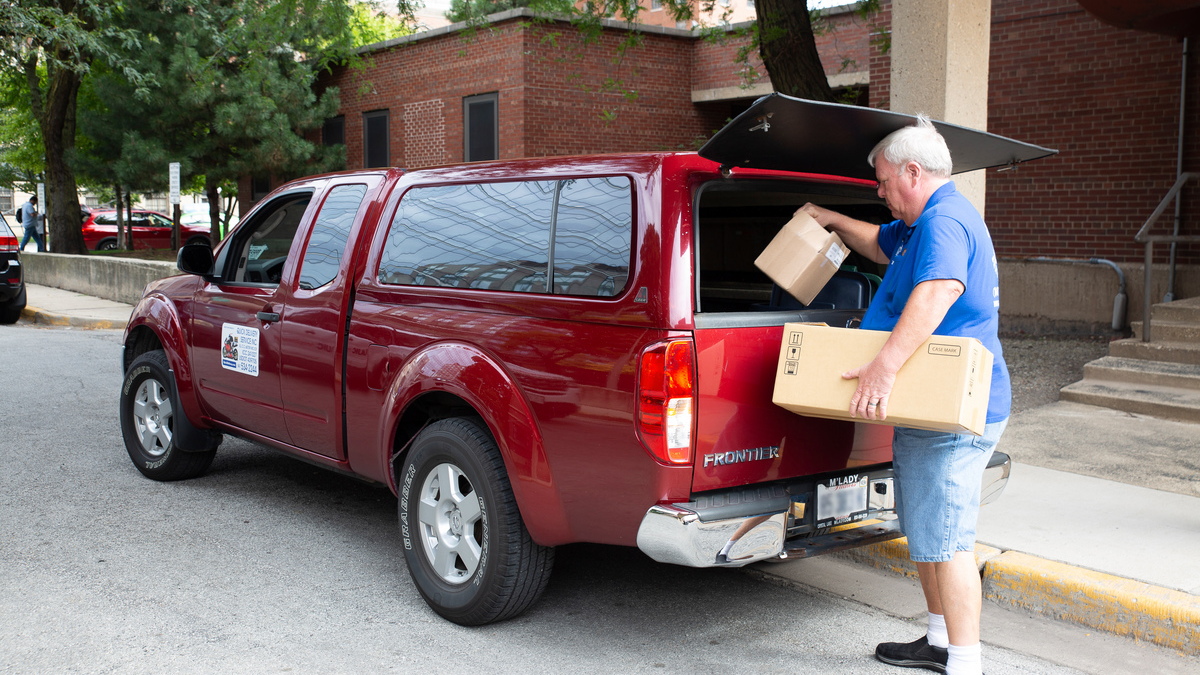 The Nissan Frontier has been around for what feels like forever. Last redesigned for 2005, it's old, outdated, and just fine for delivery driver Brian Murphy. His 2007 Nissan Frontier with a 2.5-liter inline-4 and 5-speed manual just surpassed the one-million-mile mark and it is in good enough condition to pass for an off-lease vehicle.

"Nothing lasts forever, but I reached my goal," Murphy said in an interview Wednesday at the onset of the 2020 Chicago Auto Show, where his Frontier will be shown off as Nissan gears up for a much overdue redesign for 2021. "When I got it in 2007 I specified the manual transmission because it would hold up longer. As time went on, at the three-year/ 250,000-mile mark, it was still showroom quality, and I thought I'd just keep going. Then it was the same at 500,000 miles."

Kept going it did. The original clutch lasted for 800,000 miles. The 6-foot Murphy, who has the bearing of a one-time semi driver and life-long delivery driver, also had to replace the driver's seat after about 50,000 hours of tireless service.

"The thing about the Frontier, aside from the mechanical durability, is the structural durability," Murphy said. "Very impressive. Underneath the body is pristine."

Murphy, 62, takes care of the truck, washing it weekly, performing oil changes every 10,000 miles, rotating the tires, and keeping it in the garage. But the basic XE King Cab truck in rear-wheel drive spends most of its time in the unfriendly confines of Chicago traffic and Chicago winters. It's on the road 12 to 13 hours a day for his job with Quick Delivery, where he drives from his far northwest suburban home to deliver medical equipment and copier parts, among sundry other items including a 200-pound wheel of cheese, in and out and around downtown Chicago twice daily.

He and his Frontier, which doesn't get a nickname because Murphy says it's just a work truck, drive about 300 to 350 miles daily. In rush hour traffic. With a manual.

Most vehicles, and most drivers, couldn't handle such a slog over the years, but the Frontier runs quietly and shifts smoothly. The cab over the bed helps weigh down the rear leaf-spring suspension, which in our brief drive outside McCormick Place in Chicago, is soft enough to be undaunted by teeth-breaking Chicago potholes.

Another notorious nemesis of Chicagoland vehicles is road salt, but Murphy's Frontier exhibits only a few spots of rust under the rear wheel wells, the rear bumper, a little by the barn doors of the King Cab where water runs out from the WeatherTech floor mats.

"I baby it," Murphy admits. "My brakes and tires last a long time, I'm not racing from red light to red light."

But the million-mile Frontier has started to wear down in the past year, with a clogged catalytic converter causing engine damage and a cracked flywheel that damaged the clutch. The check engine light is on. Murphy sees the writing on the wall. Even though his Frontier might be done, he has seven more years on the job.

"I hope to get another Frontier," he said.

His son, one of Murphy's two children, works at M'Lady Nissan in Crystal Lake, Ill., and originally turned him onto the Frontier 13 years ago. He also had a role in the four Nissan Altimas his parents have driven and, most recently, a 2018 Maxima driven mostly by Murphy's wife.

Before that, Murphy didn't identify as a Nissan man. He owns a 1969 Chevy Camaro Z28 from when he was 16 years old, but it's not in such good working condition as the Maxima and, to a lesser extent, the Frontier. Murphy said he's not one to hold onto things, except in one other case. "I've been married 42 years," Murphy said with a smile.

As for the next Frontier for Murphy, or the first new Frontier from Nissan in 15 years, Murphy has a few requests.

"I'm looking forward to a radio upgrade and Bluetooth," he said. "And power windows. I'm tired of rolling down the windows."

There's one other thing that Murphy wants and should get out of the next Frontier.

"I'm done shifting," he said. "No matter what I end up getting, it will have an automatic (transmission)."