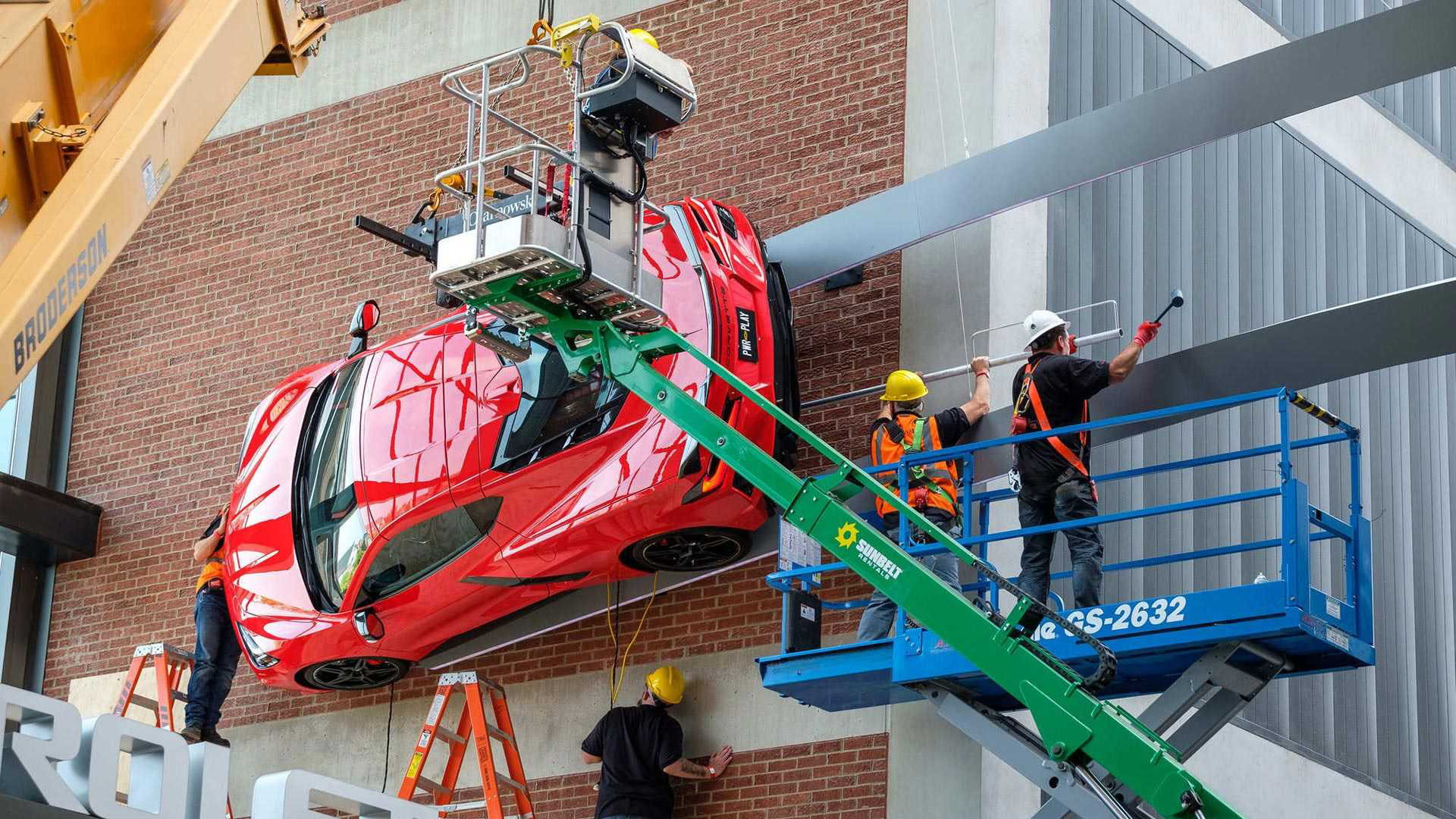 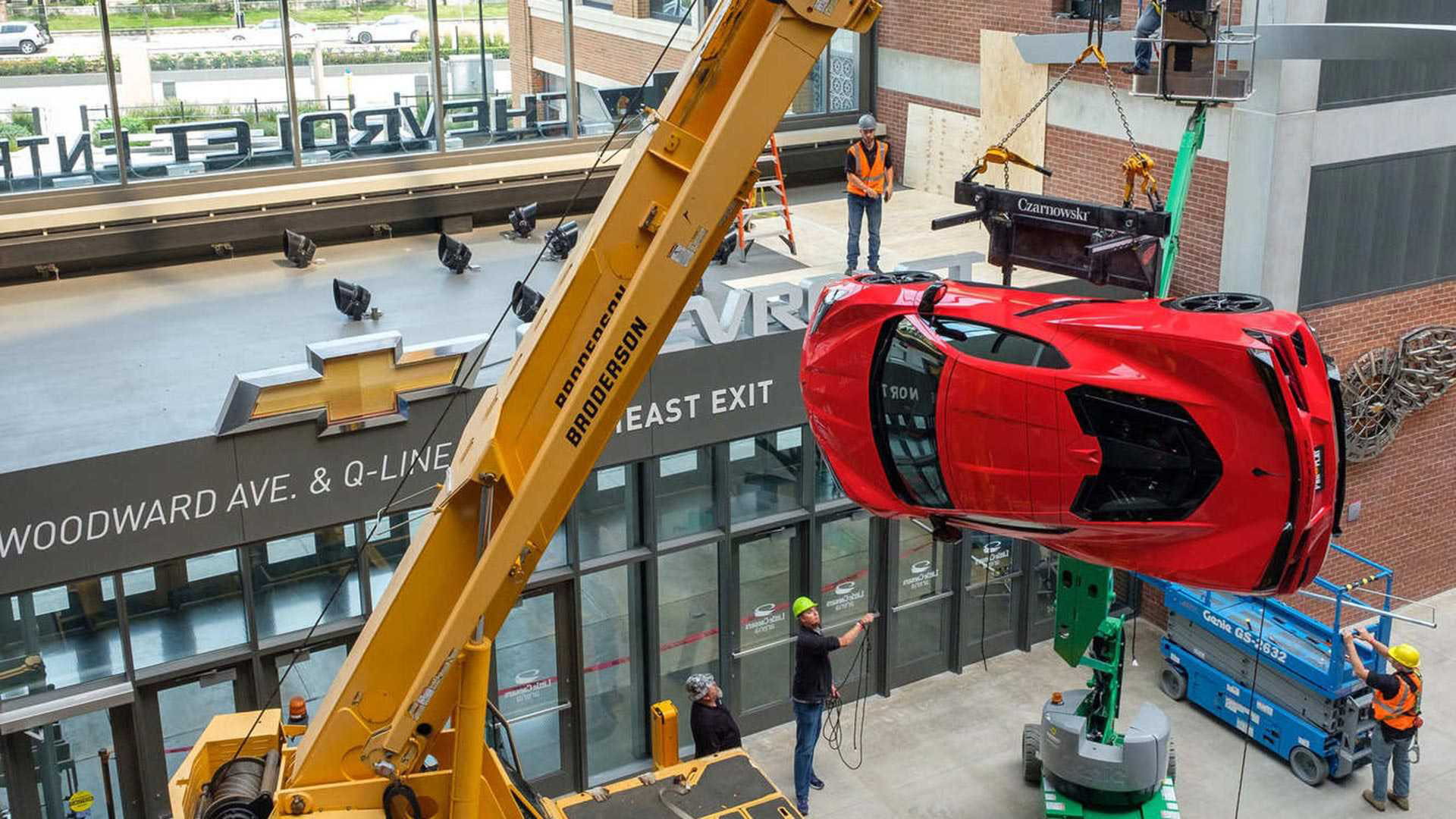 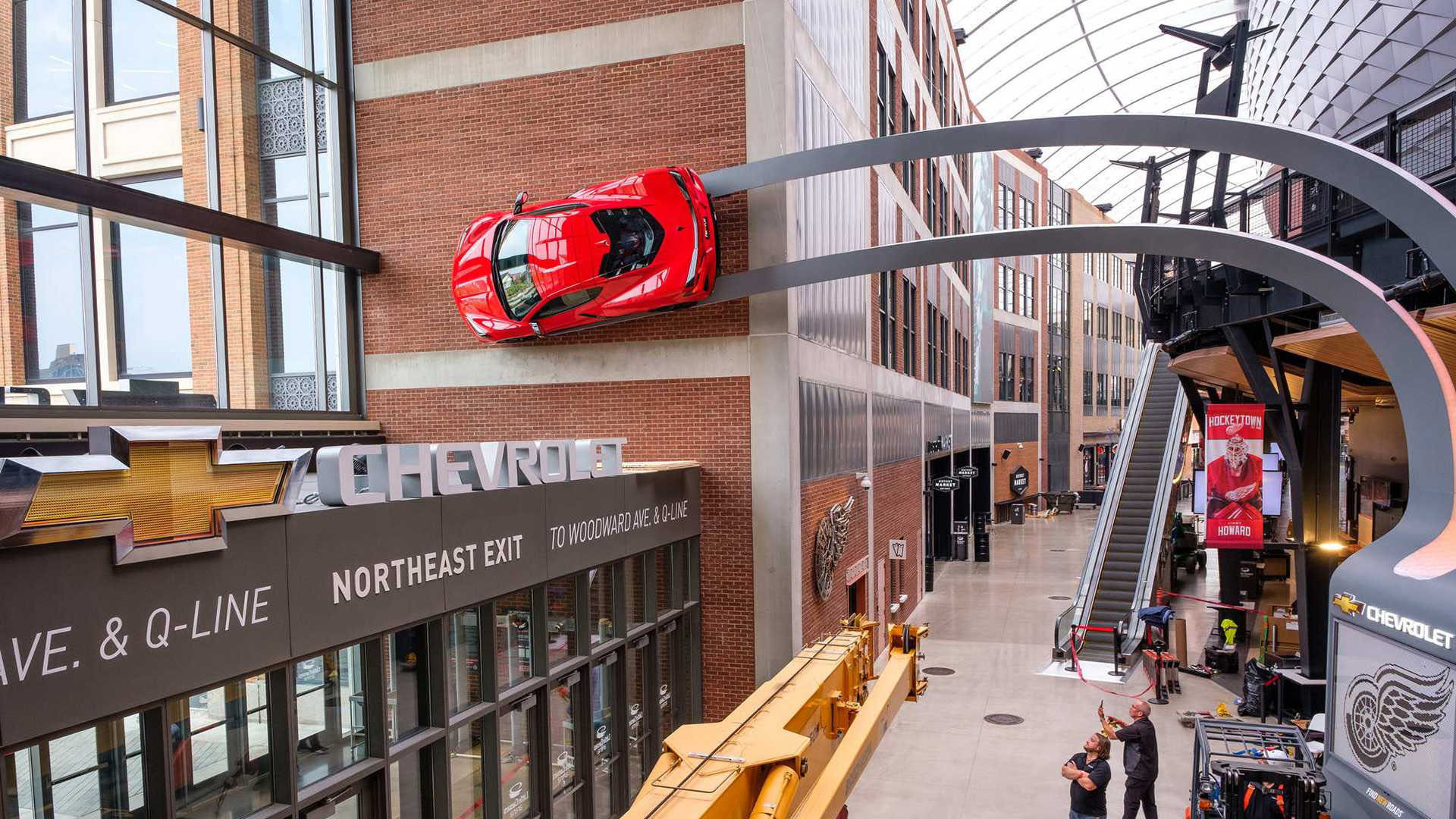 It’s a sad fact that most pre-production vehicles end up in the crusher.

Pre-production vehicles are often a little too rough around the edges to sell to the public, and automakers also have to worry about their latest wares falling into the hands of competitors. So, off to the scrapyard most go for recycling. But one lucky pre-production Chevrolet Corvette C8 has managed to sidestep a date with the automotive Grim Reaper.

Instead of being ground down and made into a washing machine, Chevrolet decided to hang up a pre-production version of its 2020 C8 Corvette this week, turning it into a very cool piece of wall art. The hanging Corvette was installed near the northeast exit of Little Caesars Arena, where Chevrolet has been the title vehicle sponsor since 2017.

According to Autoblog, the wall-mounted Corvette started out life as an engineering prototype and was painted in a white and black camouflage motif. The pre-production Corvette was even on hand for the July debut event of the  C8 in Southern California.

In order to make the pre-production Corvette a little prettier for its new life as an art installation, Chevy stripped down the mid-engined C8 and repainted it Torch Red, which just so happens to match the color of the Detroit Red Wings hockey team that calls Little Caesars Arena home (the NBA’s Detroit Pistons also play there). The Corvette also sports a license plate that reads “PWR PLAY,” which is another nod to the city’s hockey team. Chevy also installed a set of flying tire marks that hover over Little Caesars Arena attendees, which is a cool touch.