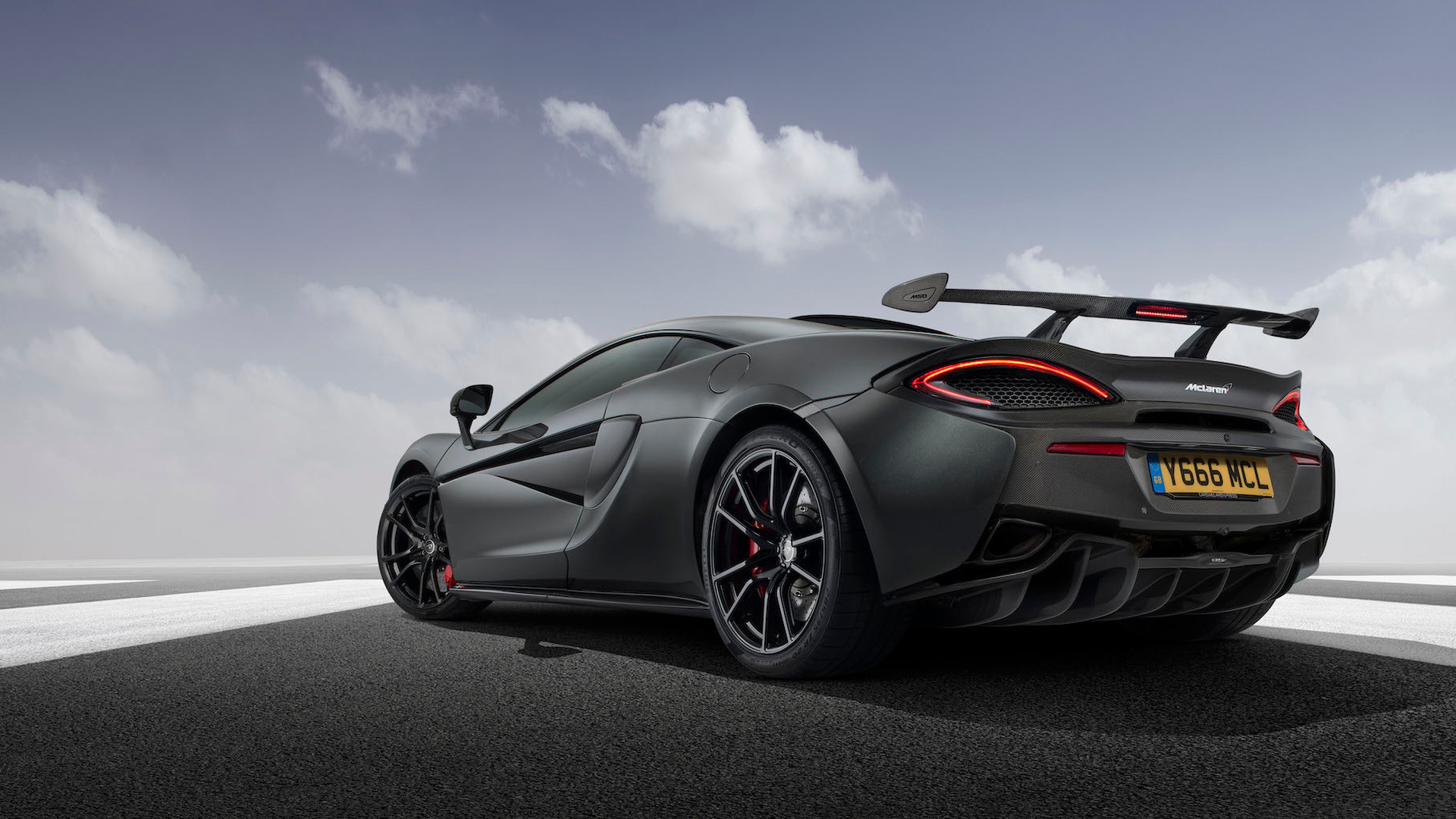 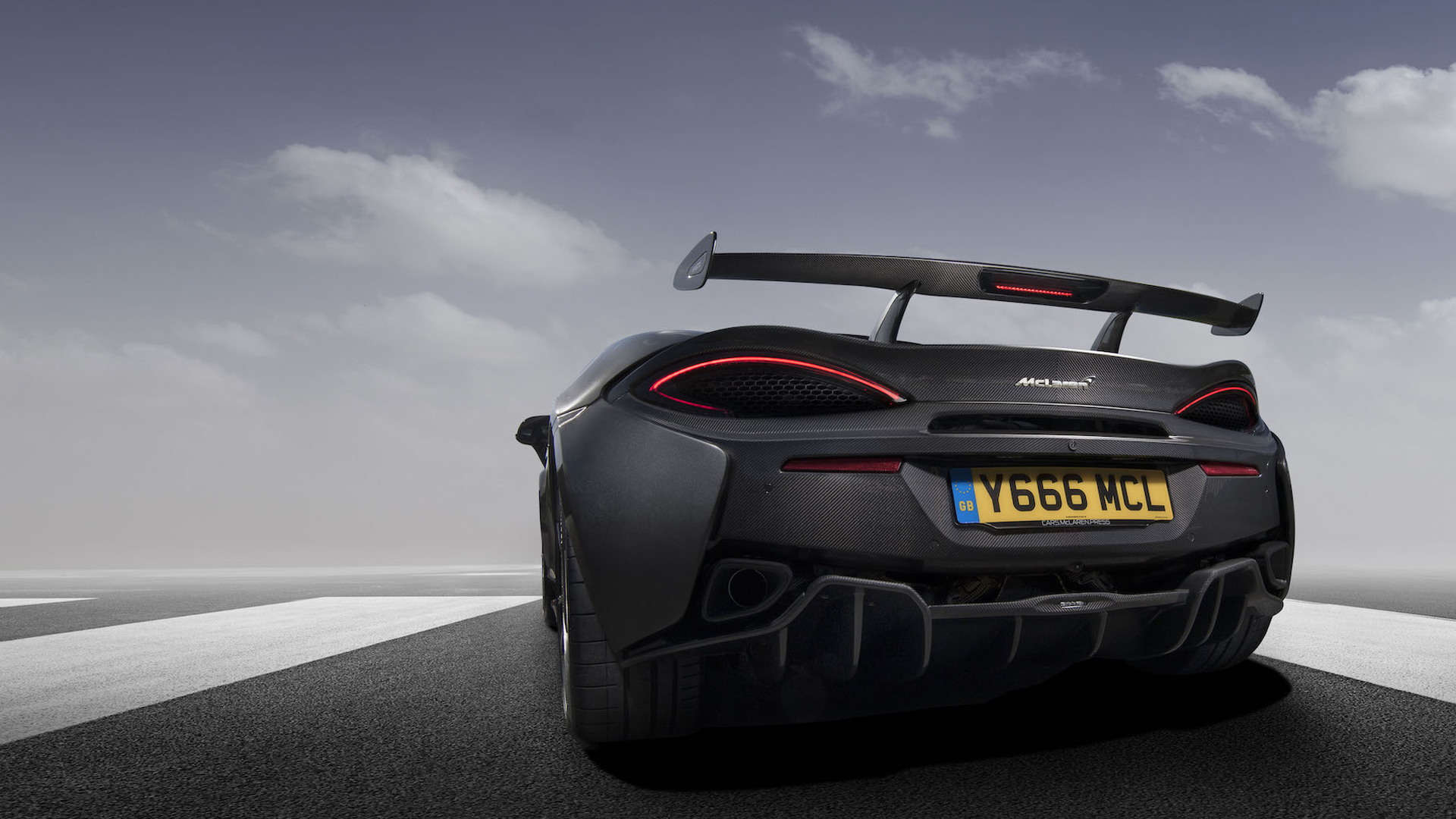 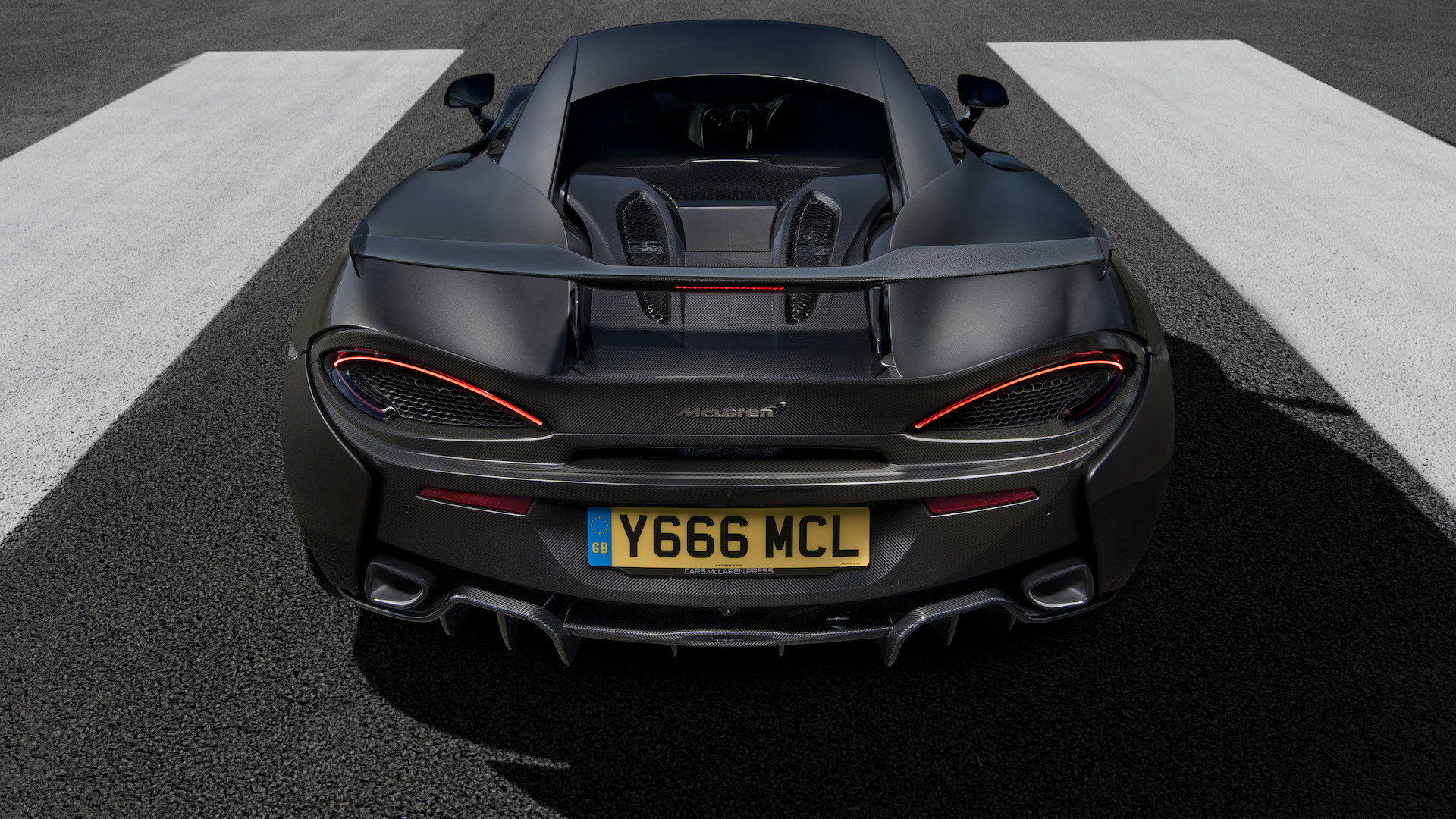 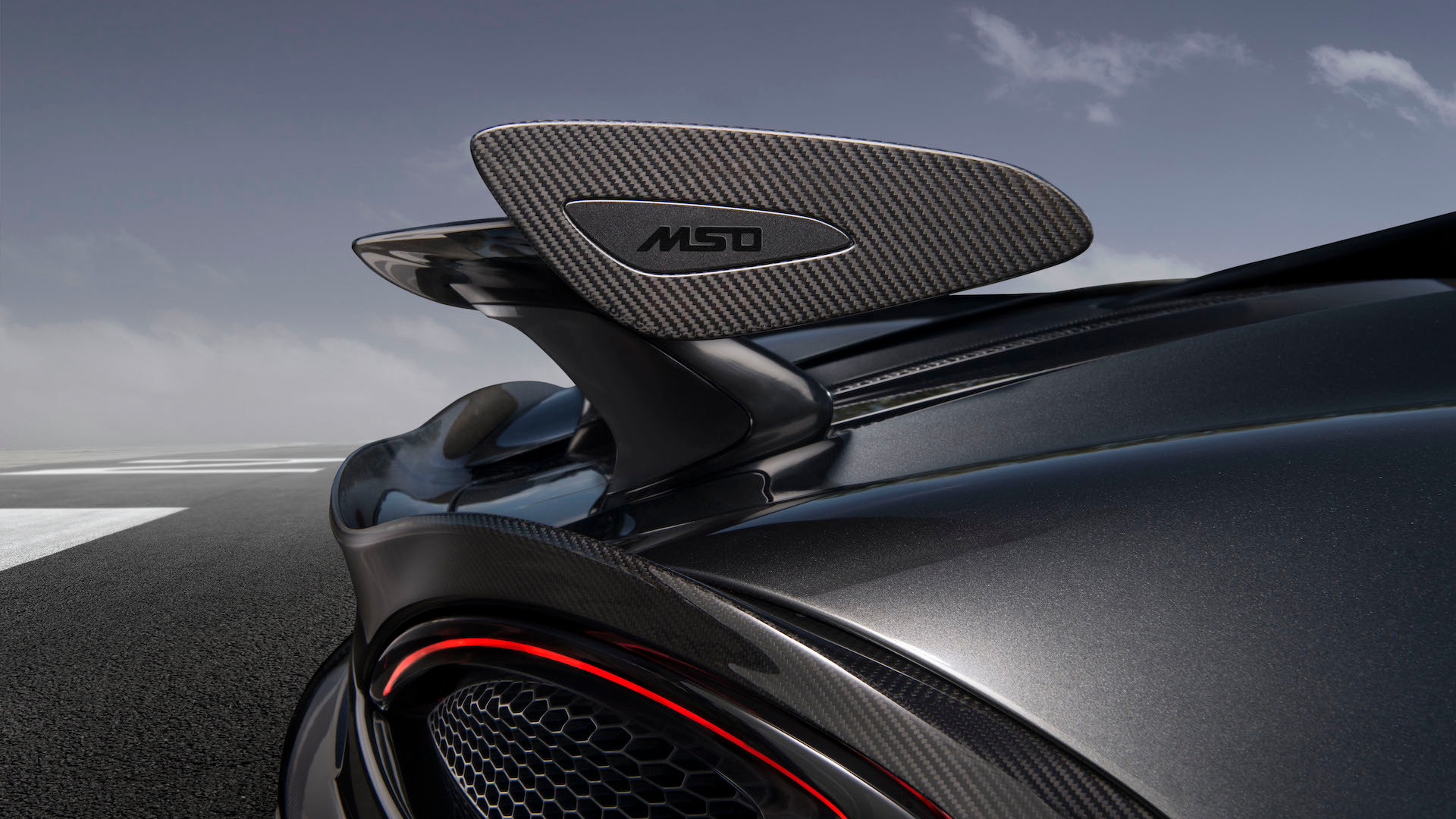 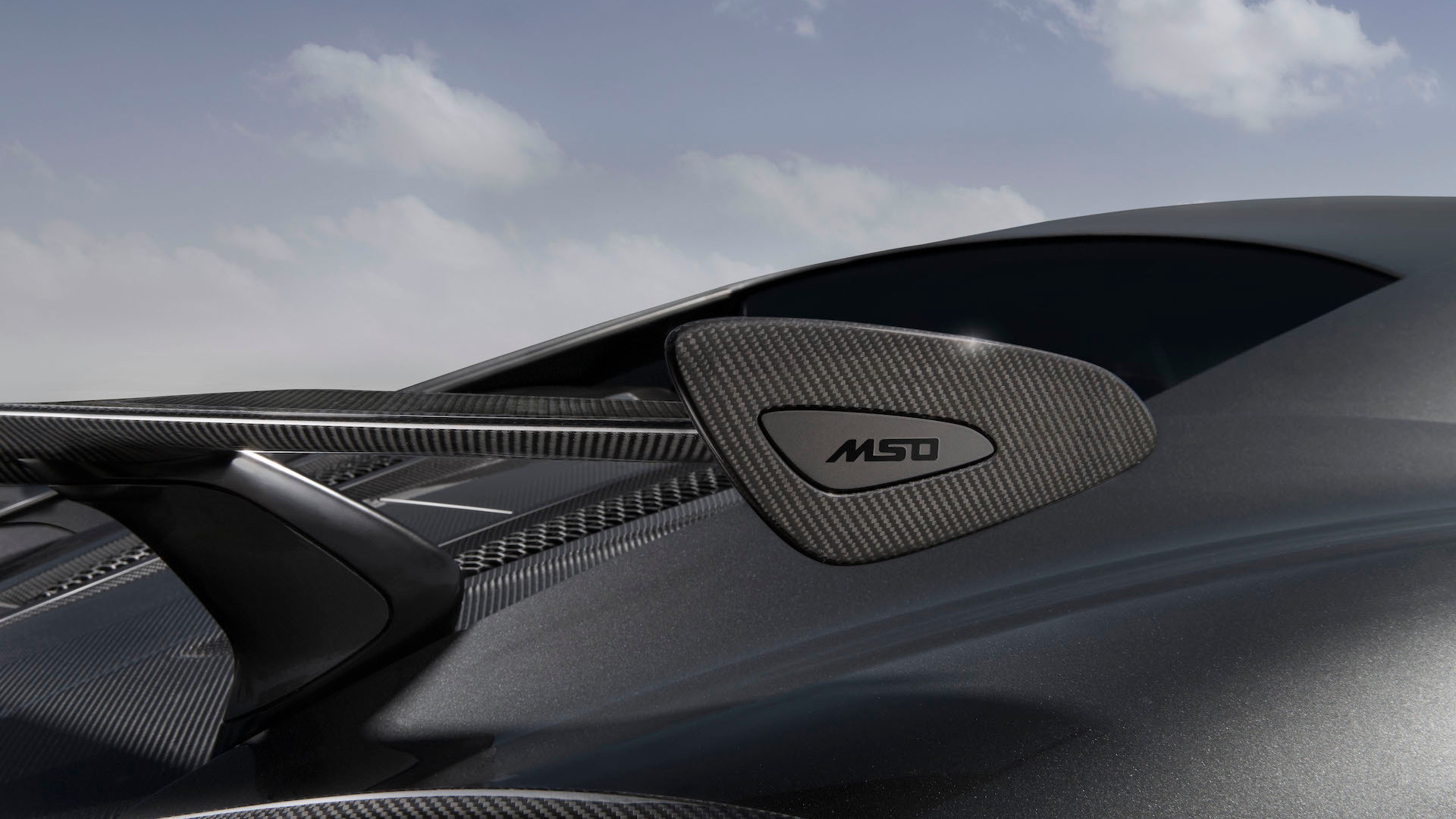 McLaren Special Operations has expanded its already lengthy list of performance parts to include a new High Downforce Kit.

The HDK option is exclusive to the McLaren 570S coupe and 570S Spider. It adds a new rear wing and aerodynamic "guide vanes" to the underside of the supercar. In the Wednesday announcement, McLaren said the new wing and extra underbody trickery add another 165 pounds of downforce to the car. Extra downforce keeps a car more planted at high speeds, especially in corners.

Obviously, the new elements aren't tacked on and sent on their merry way. MSO has crafted both parts to the highest degree of engineering. In particular, the rear wing includes a brake light to add a little more drama to the 570S' rear end. The wing is made from carbon fiber for lightness and strength, while the shape features dips in the center that mimic the car's style lines. The wing's obvious mission is to channel air more effectively, however. The fact it looks pretty great (it's finished in exposed carbon fiber) is a bonus from MSO engineers and designers.

For current owners who want to add the extra aero goodies, the kit will cost about $10,100 at current exchange rates. The price doesn't reflect an installation charge that will have to be paid to a McLaren retailer. New car buyers will be able to order the 570S coupe or Spider from the factory with the HDK already installed.