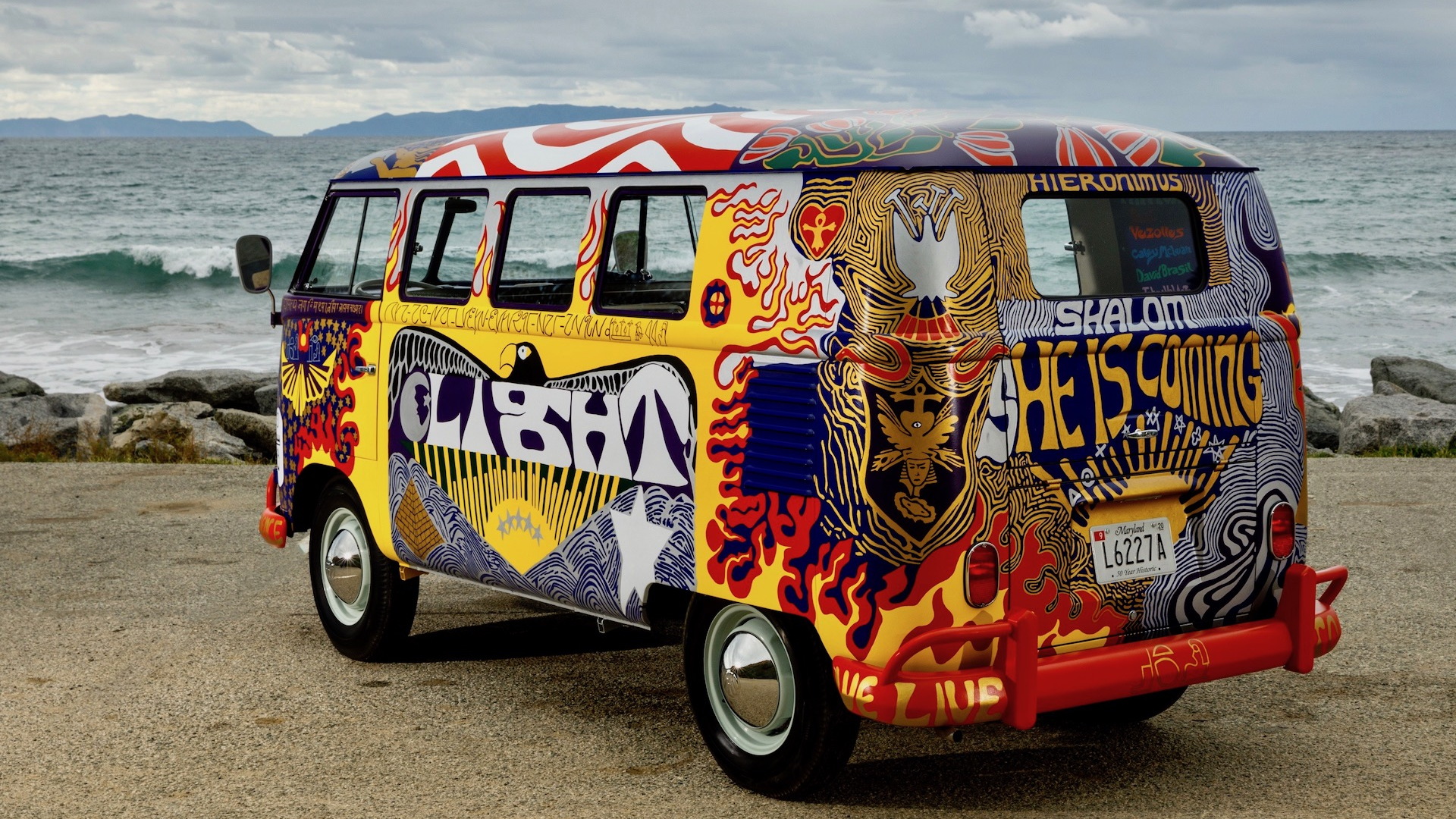 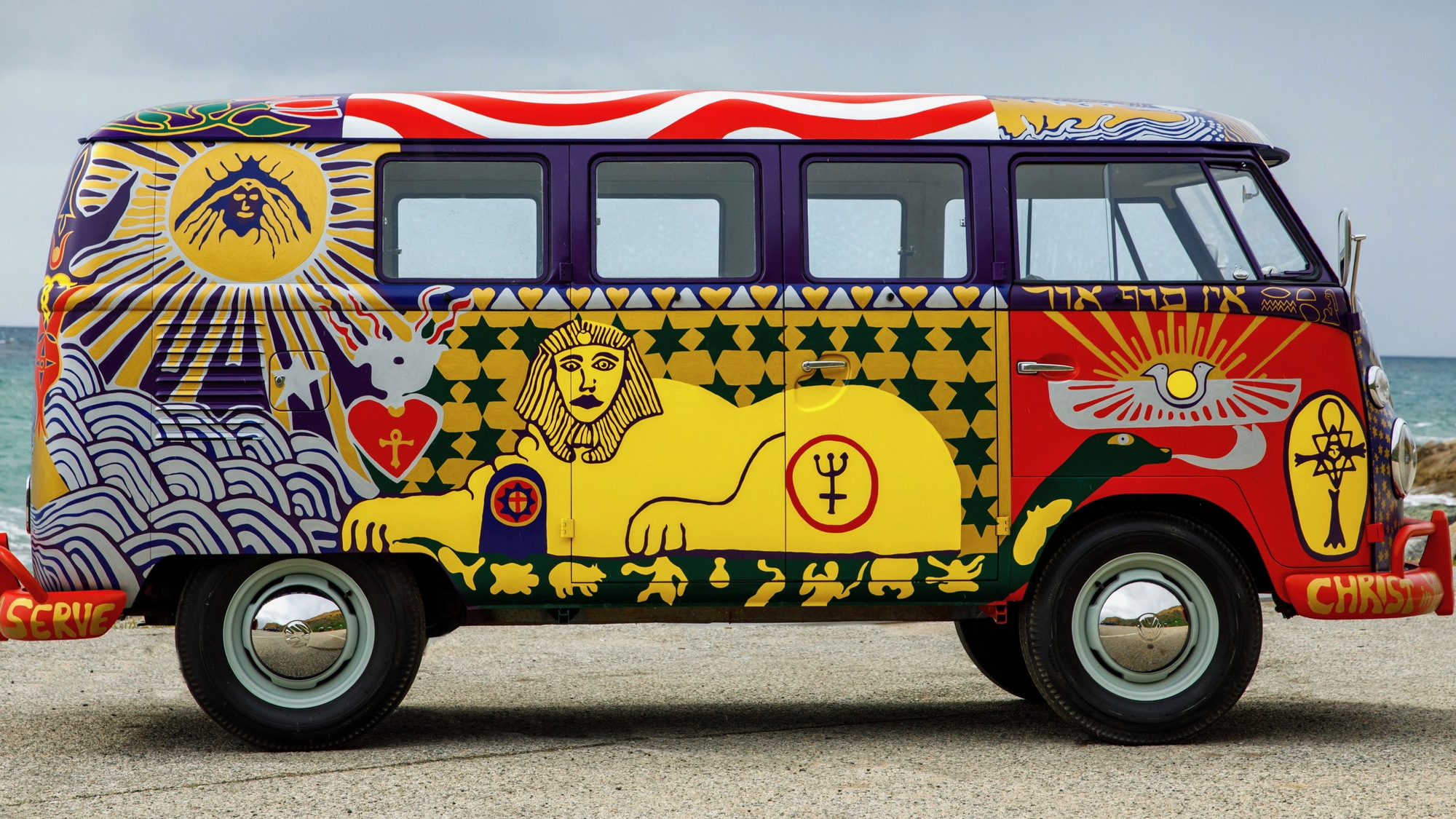 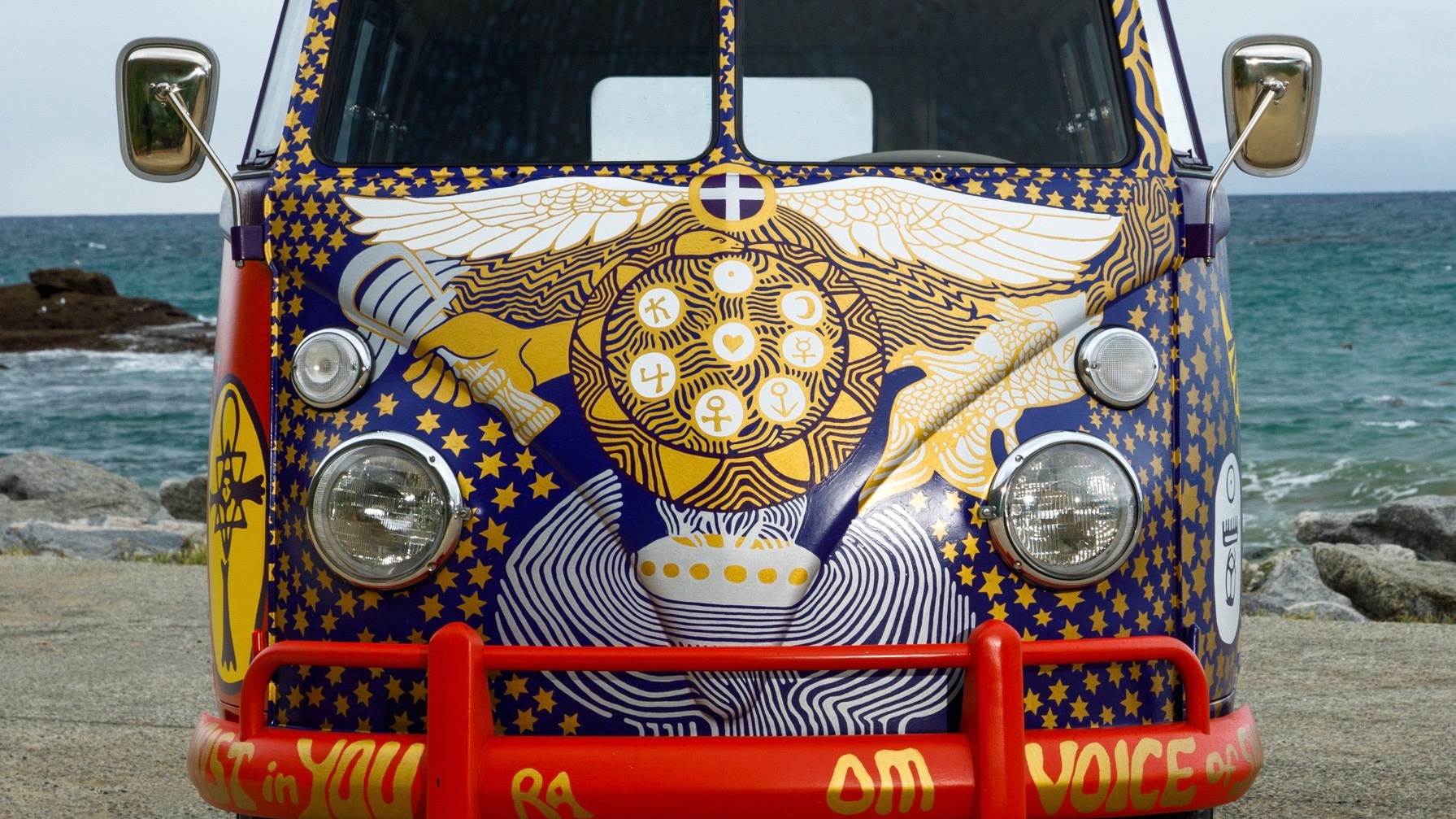 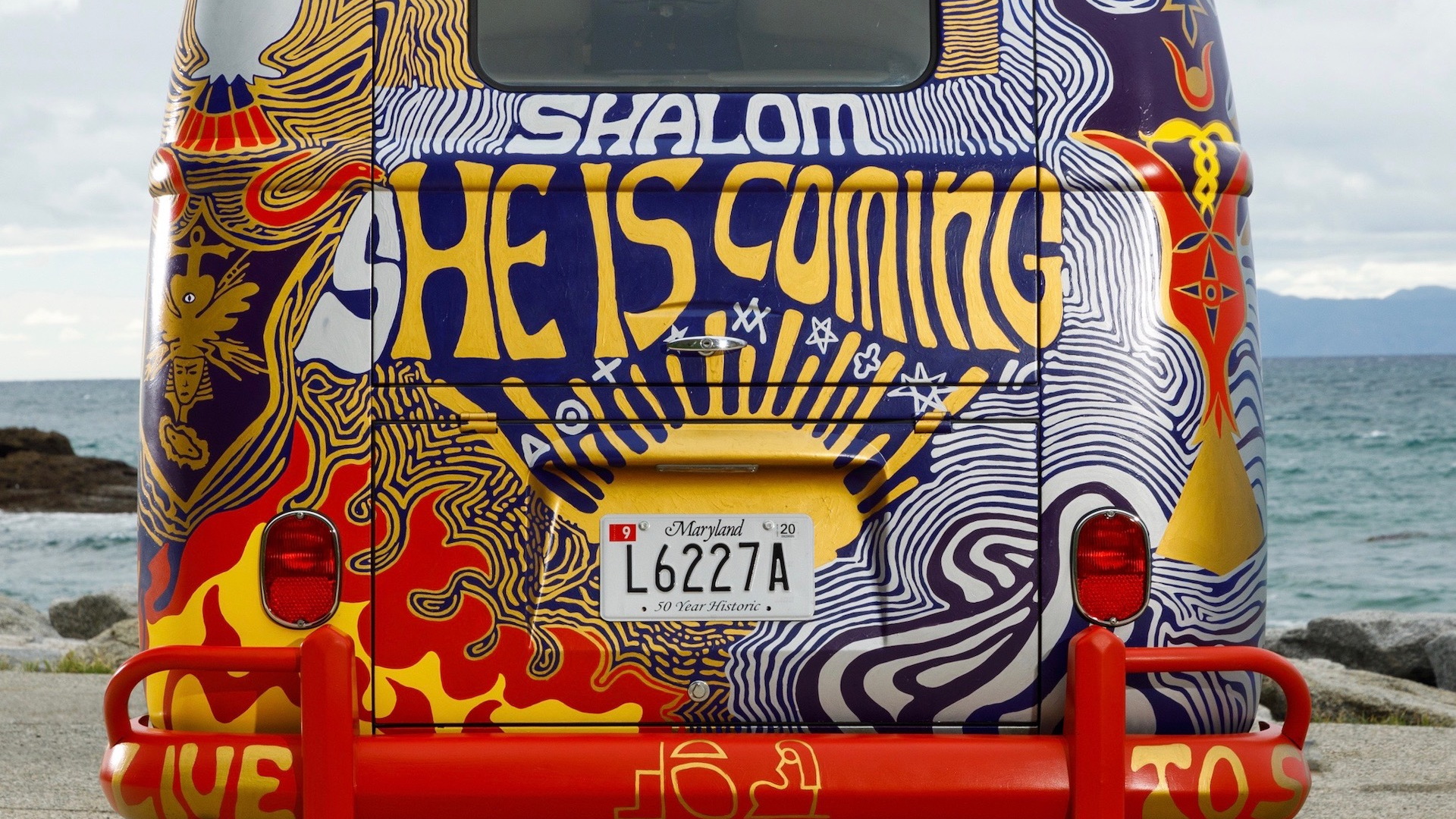 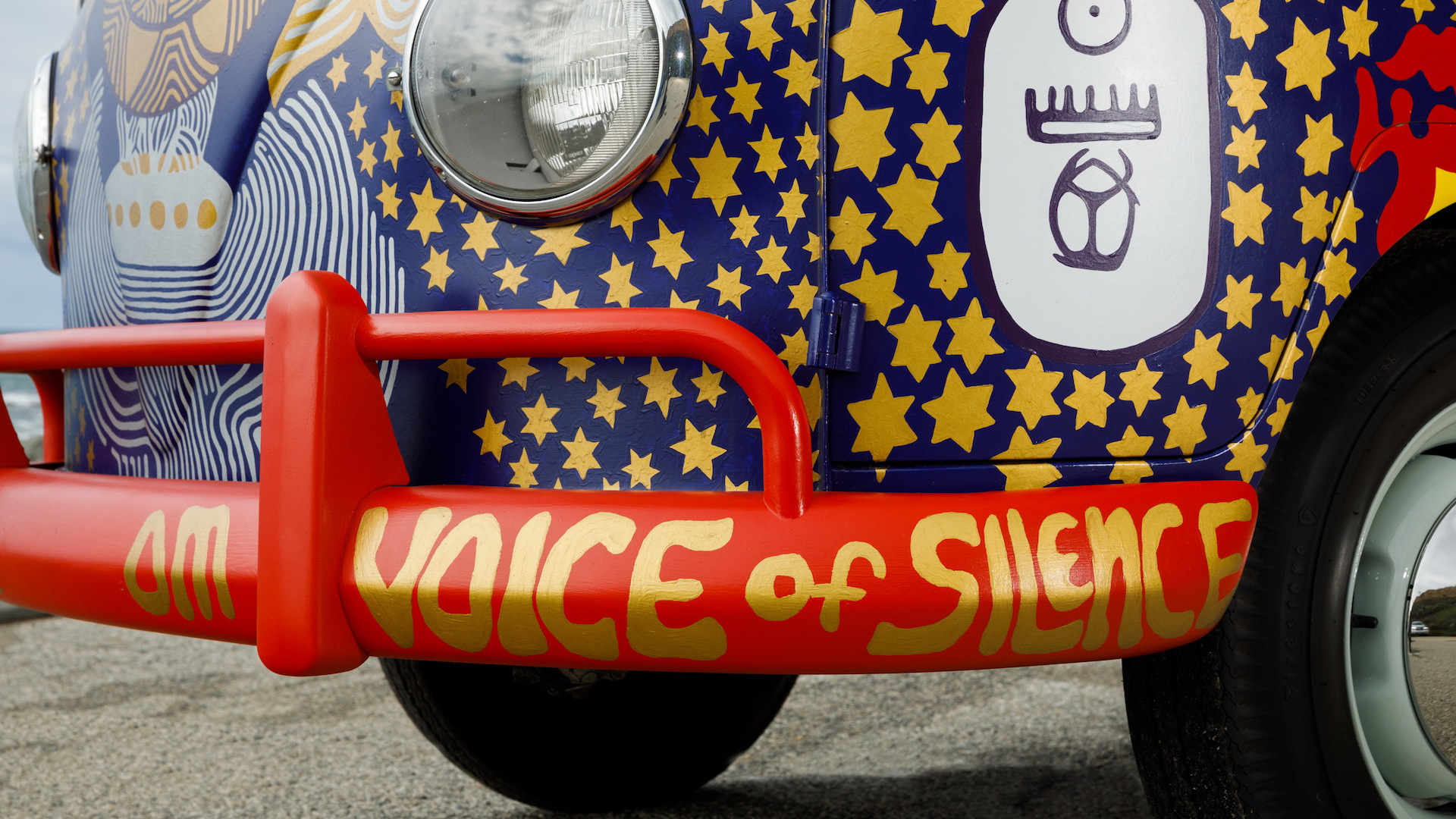 Back in 1969, the owner of a 1963 Volkswagen Standard Microbus asked artist Bob Hieronimus to paint the vehicle, which would transport one of the bands performing in 1969 at the Woodstock Art and Music Fair. At Woodstock, the van was featured in an Associated Press photograph and became an icon, even appearing in the liner notes of the official Woodstock record album.

“The bus is really about being one people on one planet,” Hieronimus said in a news release after a three-year project to recover — and later to re-create — restore and repaint the famed “Light” bus, which came to symbolize Woodstock and the Summer of Love.

“On every side of the bus is a story — many stories — and the stories all point to unification, working together and a higher conscientiousness, which is what Light really is all about,” Hieronimus said.

The new “Light” van is the result of a three-year endeavor by Canadian documentarian John Wesley Chisholm and Hieronimus to re-create the van ahead of Woodstock’s milestone anniversary in mid-August in upstate New York.

“It’s a time machine that takes people to the past, through the present and to the future,” added Chisholm, who also worked with Volkswagen of America and the greater VW enthusiast community on the project.

The completed van was unveiled this past weekend at the Orange Country Transporter Organization Winter Meet in Long Beach, California, which served as the starting point for a cross-country tour that will take the van to the festival’s 50th anniversary celebration this summer.

According to the VWoA news release, Hieronimus and Chisholm hoped to located and restore the original “Light” bus. However, after six months of searching, they decided instead of create a replica. A Kickstarter campaign helped fund the acquisition of the same model, though the vehicle was in need of extensive restoration.

After the bus was restored, Hieronimus and five other artists spent six weeks re-creating his original paintings on the vehicle.